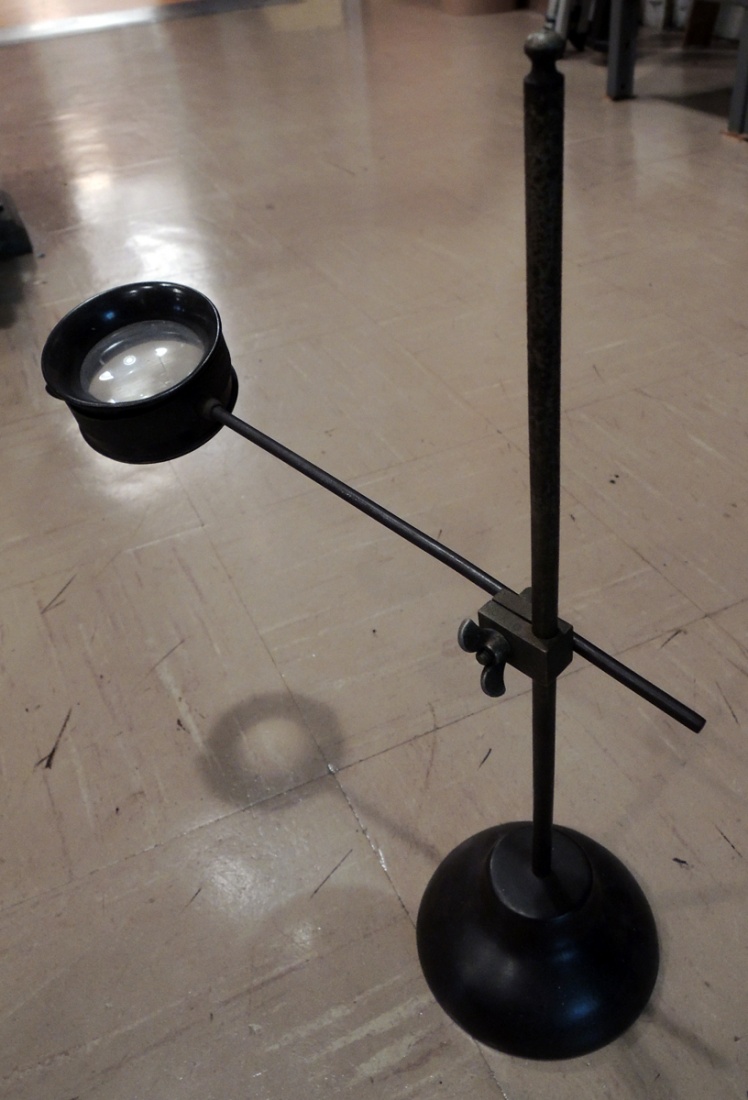 Among the many optical devices in the graphic arts collection there is a loupe on a pole, which until now, we had not been able to name. The image below makes it clear the magnifier was specifically designed for wood engravers. It comes from an article in Frank Leslie’s Illustrated Newspaper in April 1883 about the artists working for that newspaper.

For wood engravings of that period, a design was copied onto a block of wood, which was then cut into many smaller sections of approximately three inches square, depending on the original. Each section was given to a different engraver who would use this magnifier to cut the tiny lines of their portion of the image. Once all the blocks were completed and reassembled, the whole would be stereotyped to make a metal printing plate strong enough to stand up to the steam presses. The wood would be trimmed and reused for the next design.

For other objects in the optical devices collection, see this pdf: http://www.princeton.edu/~rbsc/exhibitions/optical.pdf 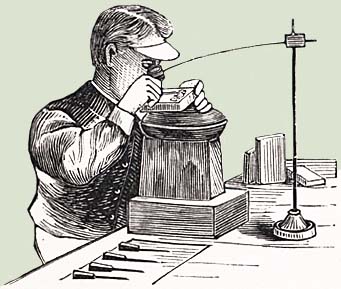 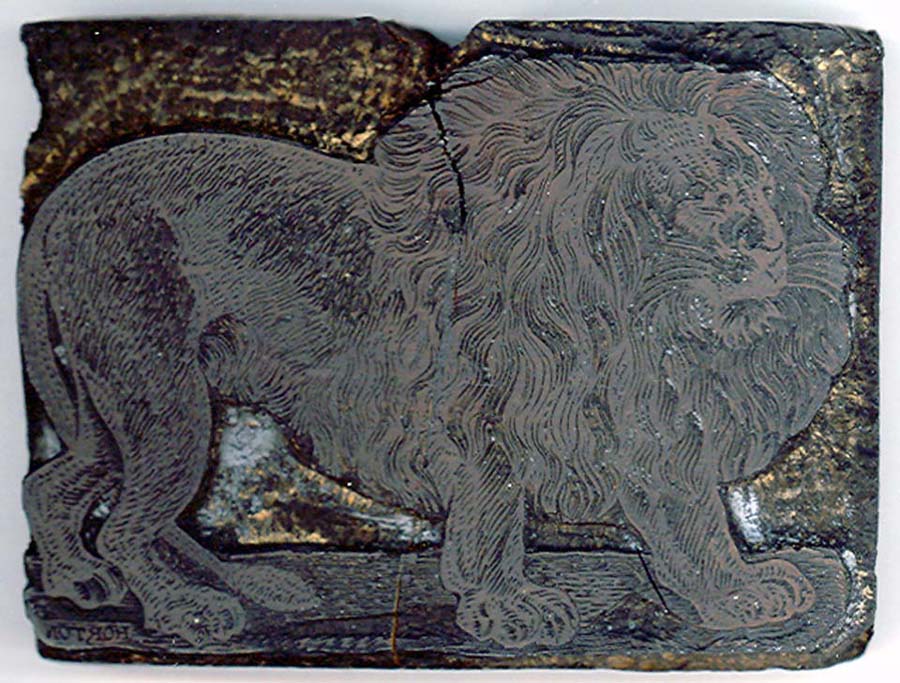