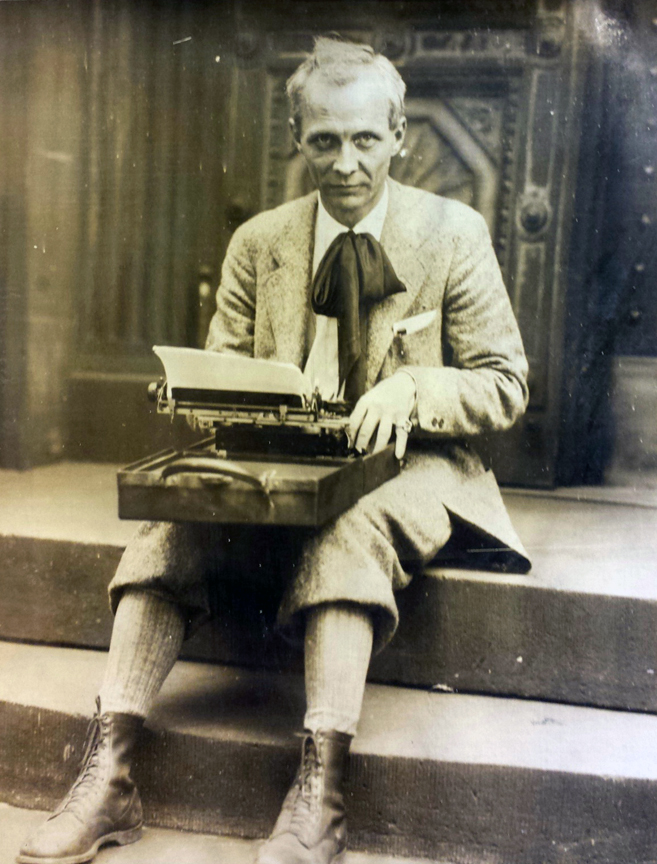 The First National Poetry Exhibition began in the summer of 1927 under the directorship of Lew Ney (Luther E. Widen, 1886-1963) and his soon to be wife Ruth Willis Thompson. For one dime, anyone from New York to San Antonio to Toledo could submit a poem.

Leona M. Kahl, who managed opera singers, came to each Thursday night soiree and read her poems. Lew Ney was so taken with the rhymes that he offered to design, print, and publish a small volume, illustrated with linocuts by another local Dean Dowell. On March 1, 1928, Circus was released at the price of $1.75, with all profits going back into the Poetry Exhibition. 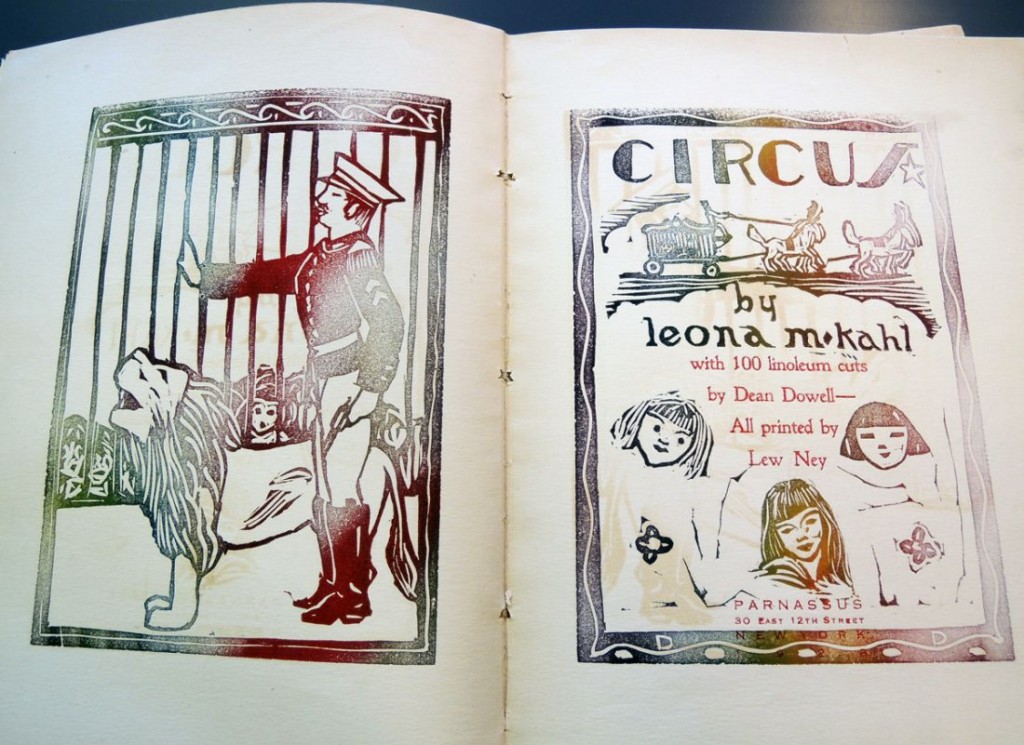 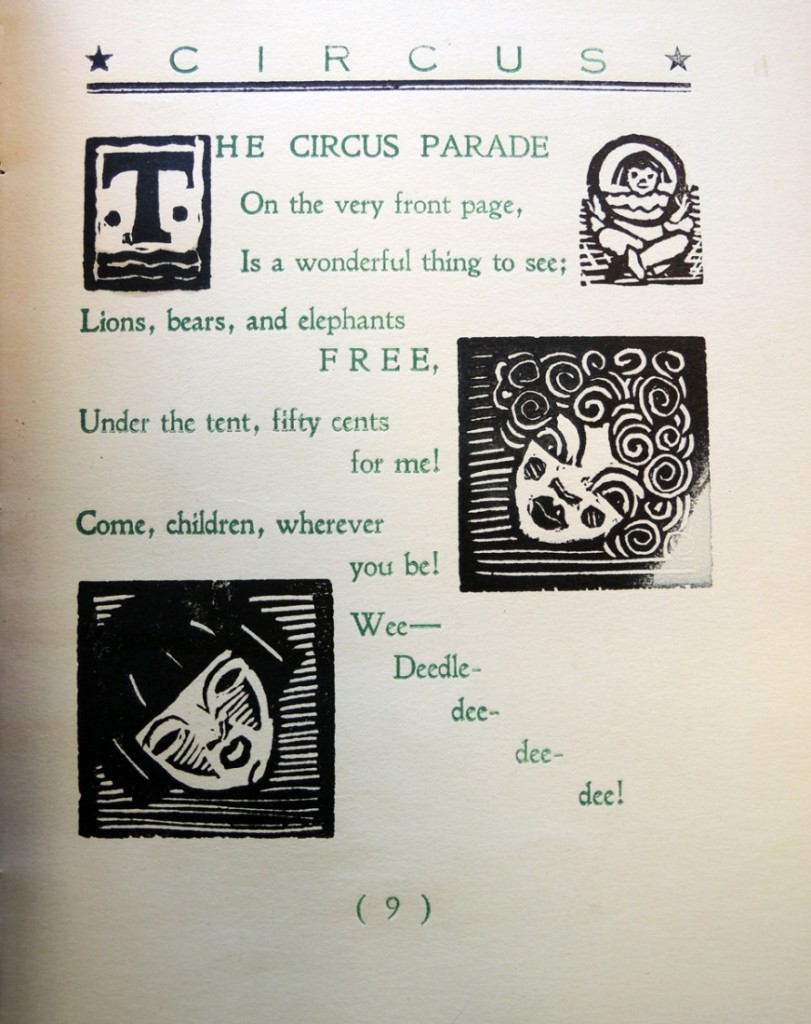 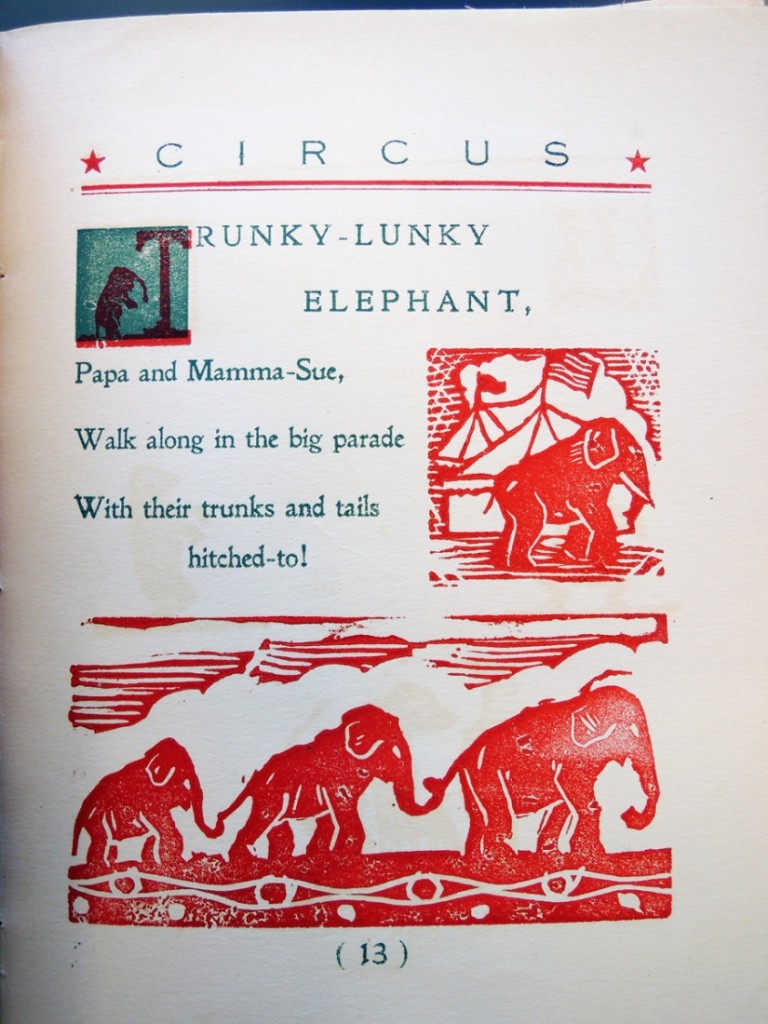 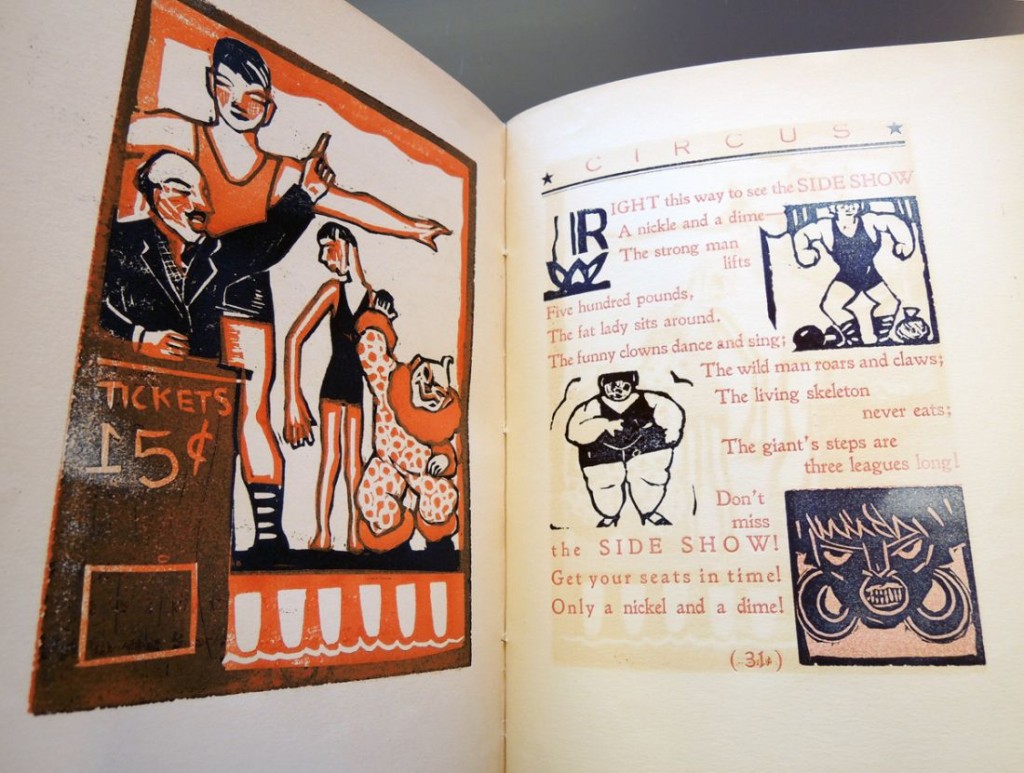 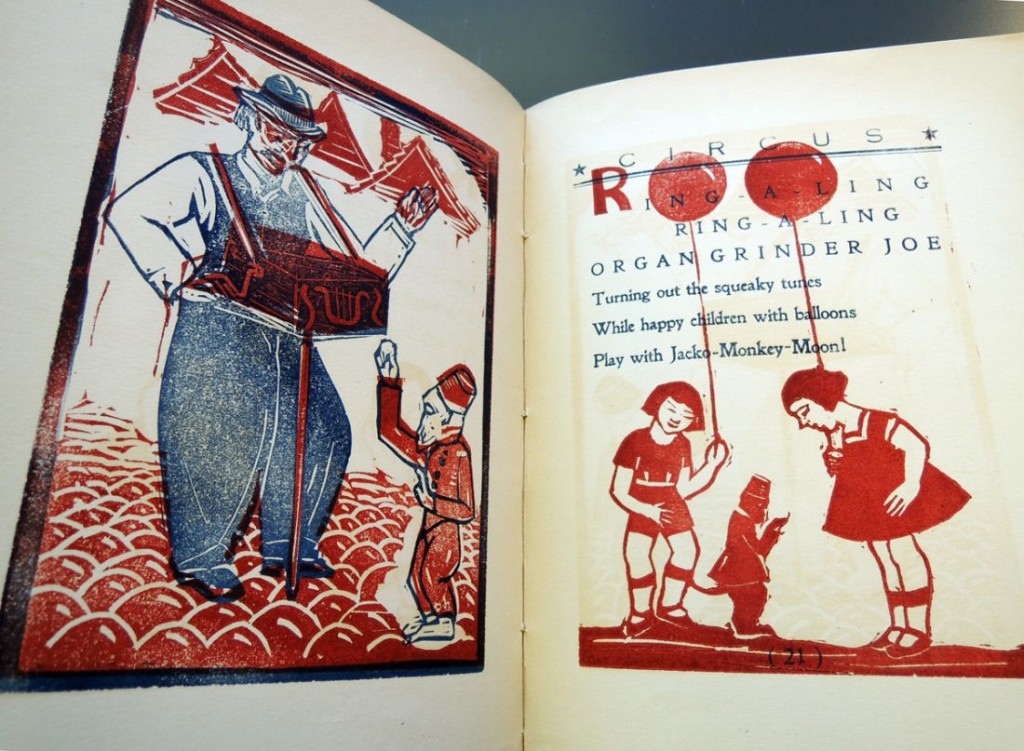 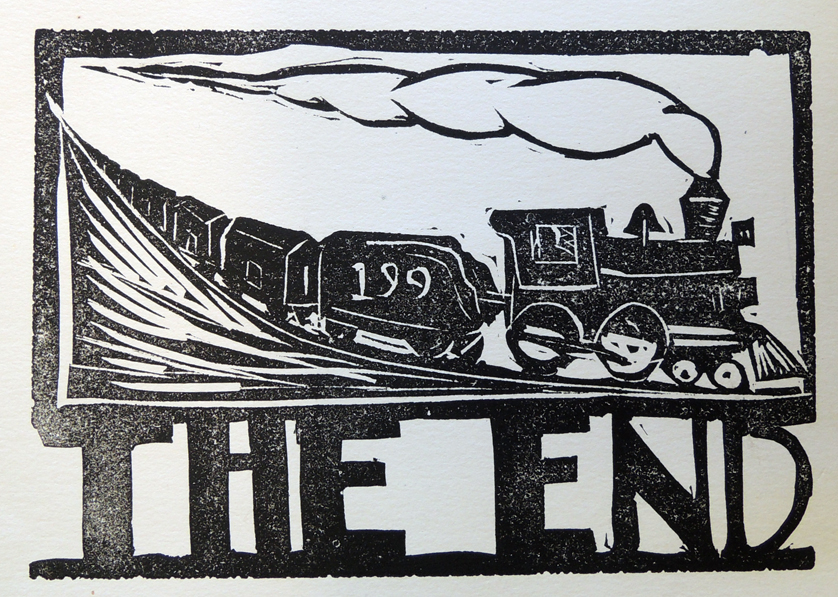