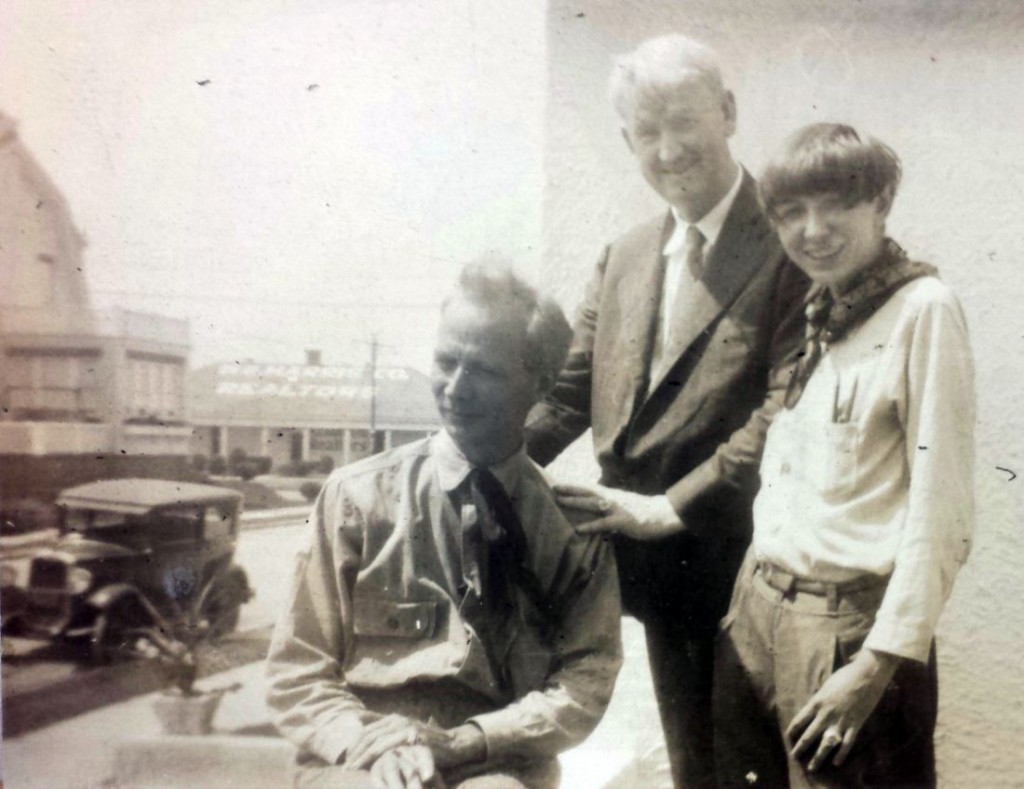 Joseph Ferdinand Gould (1889-1957) graduated from Harvard University in 1911, the same year Luther Widen (aka Lew Ney, 1886-1963) completed his M.A. from the University of Iowa. Both quickly found their way to Greenwich Village and established reputations as bohemian eccentrics. At the left is a photograph of Lew Ney, his wife Ruth Thompson Widen (born 1900) and (?) her father Charles Thompson. Below, Joe Gould as photographed by Aaron Siskind (1903-1991), who was also writing poetry in the 1920s and part of the Greenwich Village poetry scene.

In 1927, Lew Ney and Ruth established a National Poetry Exhibition, to which poets submitted their work for review by the general public. If enough readers “liked” a poem by signing their name to the page, the poem was exhibited on the walls of a local tea shop. Joe Gould not only submitted several poems but composed one in honor of Lew Ney’s 1920 arrest and banishment from Greenwich Village. 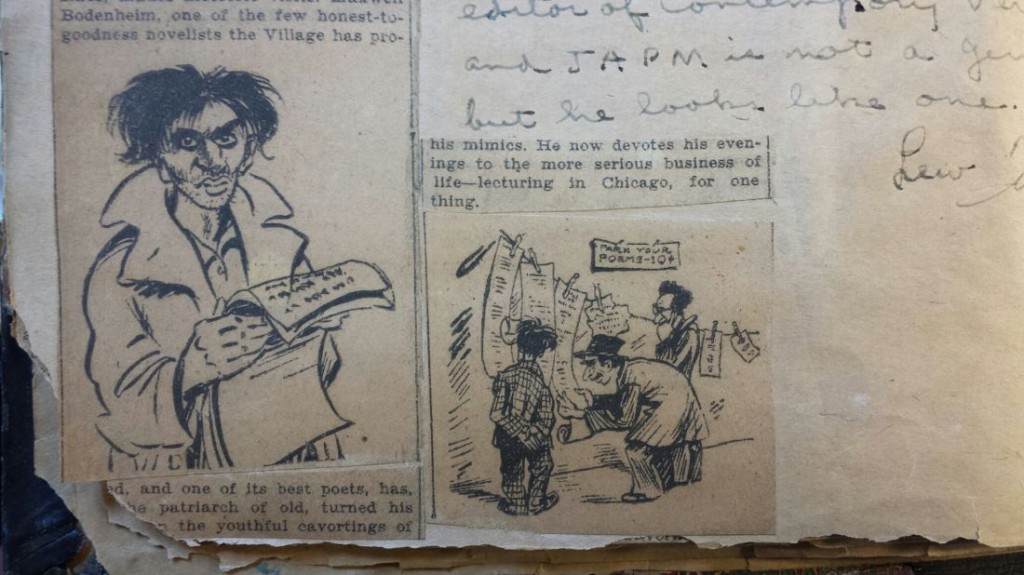 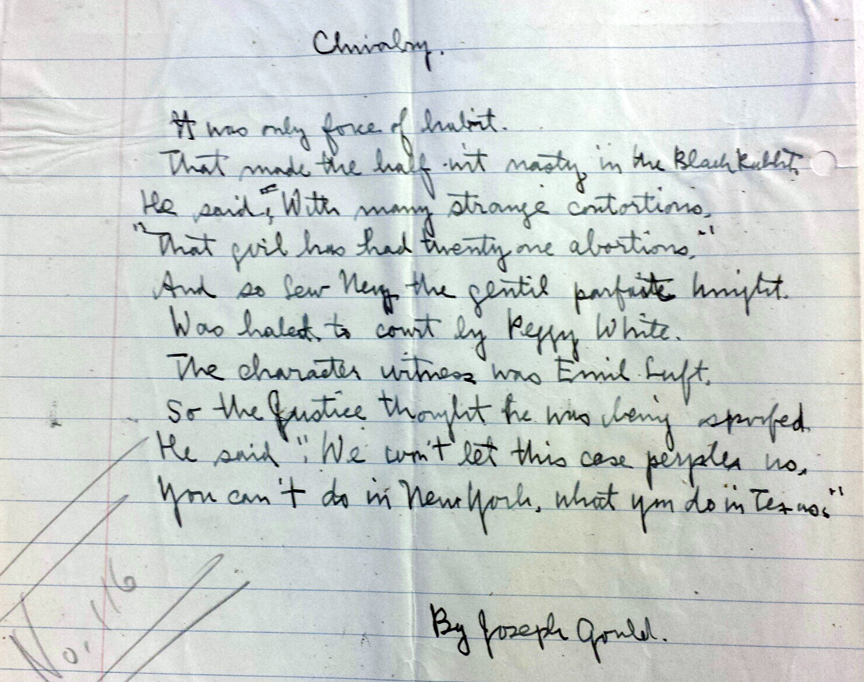 Chivalry
It was only force of habit.
That made the half–wit nasty in the Black Rabbit.
He said, “With many strange contortions,
That girl has had twenty-one abortions,”
And so Lew Ney the gentile parfaite tonight,
Was hauled to court by Peggy White.
The character witness was Emil Luft.
So the Justice thought he was being spoofed.
He said “We won’t let this case pester us,
You can’t do in New York, what you do in Texas.”
By Joseph Gould 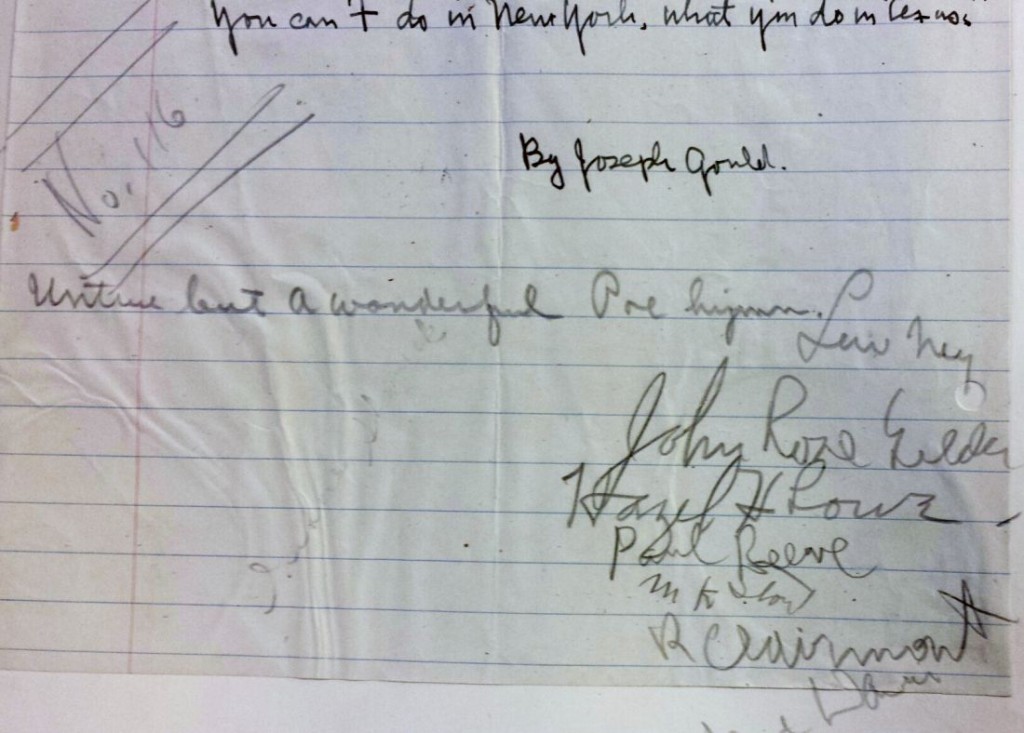 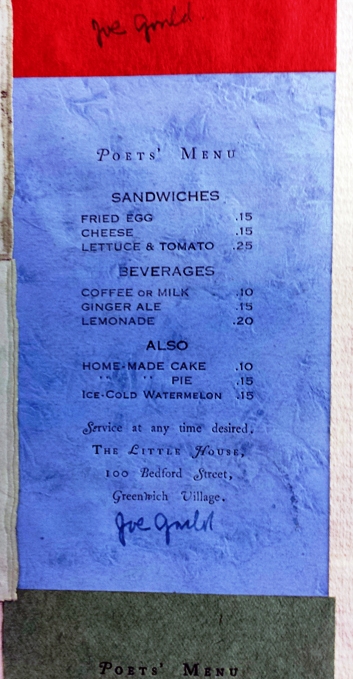 For his part, Joe Gould skipped the poetry of his colleagues, adding his signature of approval only to the dinner menus Lew Ney printed for “The Little House,” a tea room located at 100 Bedford Street where the poetry readings and exhibits were held.

A number of scrapbooks from the exhibitions were compiled and a few survive at the New York Public Library. Our thanks to colleagues there who are in the process of transferring them from the open shelves to the rare book department. Lew Ney donated over 100 books and little magazines to Princeton University.

Below is a picture of the Black Rabbit, Joe Gould’s favorite speakeasy from the 1920s. 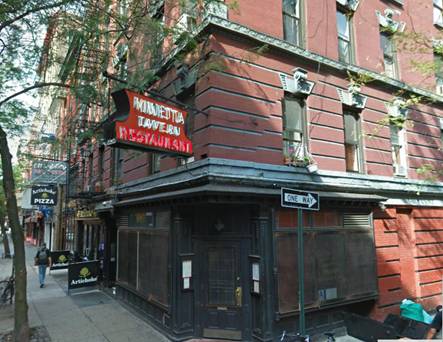