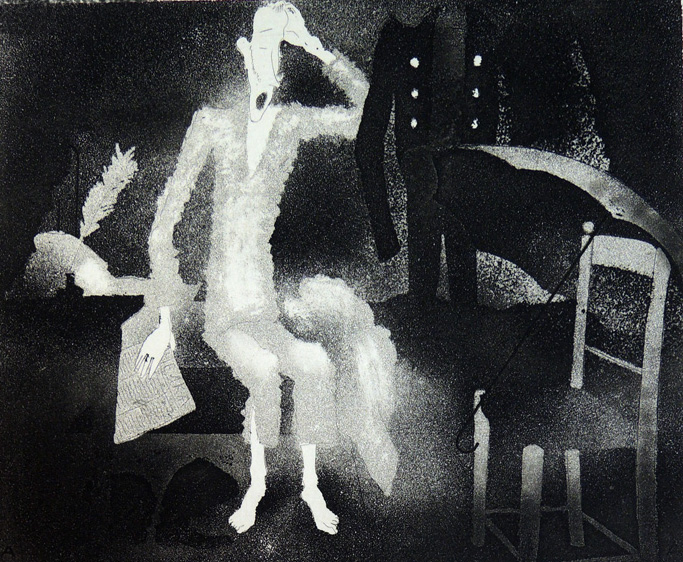 Russian émigré Alexandre Alexeieff (1901-1982) moved to Paris in the early 1920s, where he designed and painted sets for the Ballets Russes and other productions. When theater jobs dried up, Alexeieff took up printmaking and found work as an illustrator, creating plates for books by Poe, Baudelaire, Pushkin, Dostoyevsky, Tolstoy, Flaubert, Hoffman, and his friends Andre Malraux and Philippe Soupault. One of the most beautiful is his 1927 Journal d’un fou (Diary of a Madman) by Gogol, illustrated with aquatints, seen above and below. 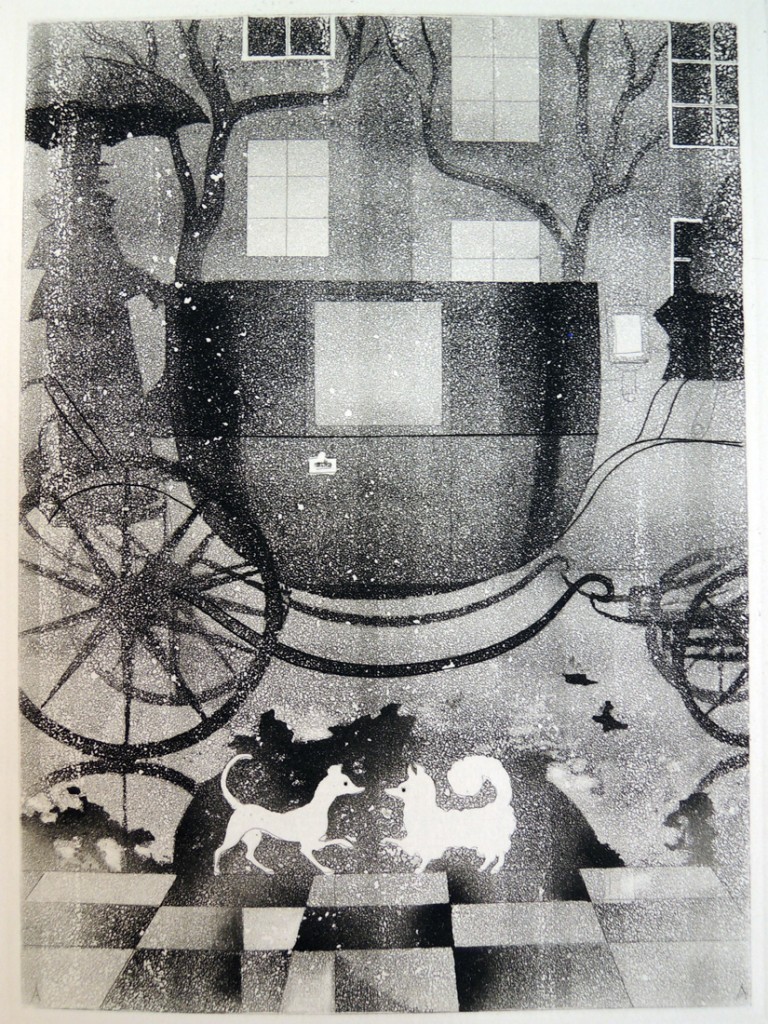 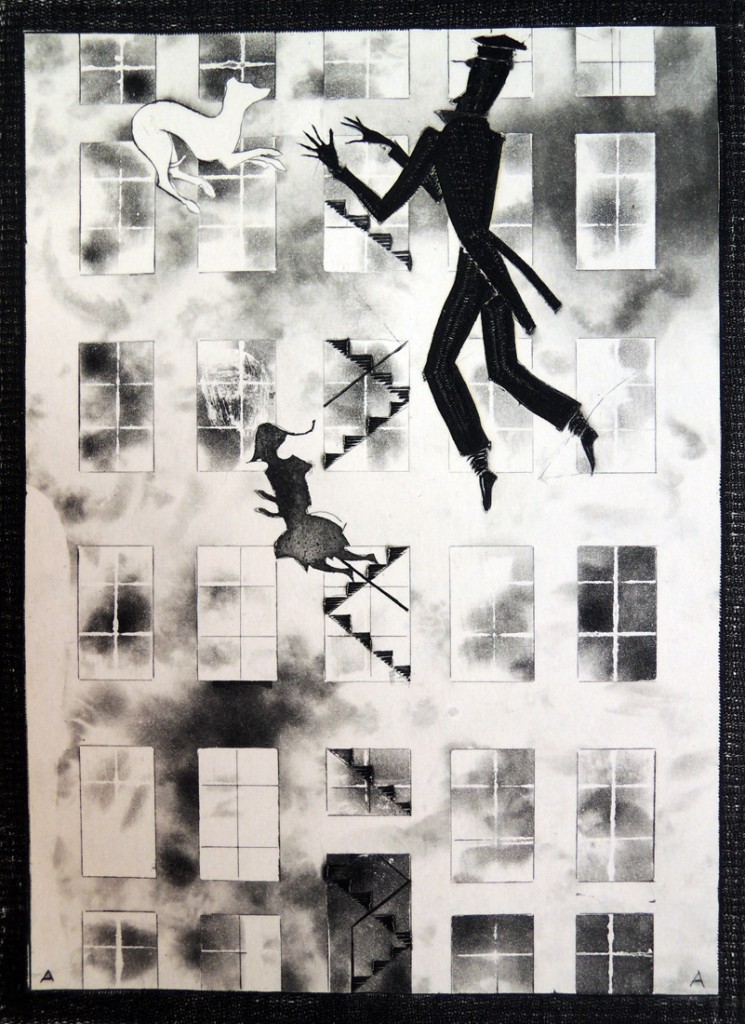 When the American poet Wallace Stevens was given a copy of one of Alexeieff’s books, he wrote, “I went over some of [the poems] again in the edition illustrated by Alexieff [sic]. I was very much pleased with this big Alexieff book because I love large pages for poetry. On the other hand, I cannot say that I think that Alexieff’s designs are truthful illustrations of the text; they are too individual. The eccentricity of Fargue should be delineated in its own right and not doubled by an additional eccentricity on the part of an illustrator.” –written to Paula Vidal 1950. 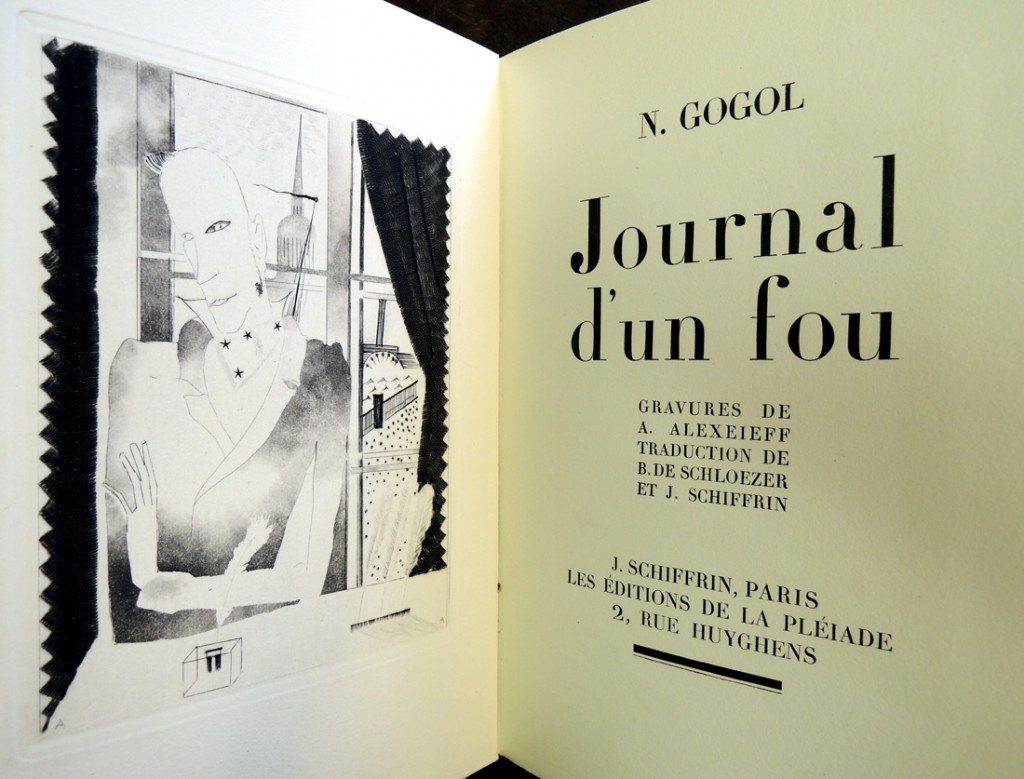 Alexeieff went on to make animated films using his own invention, the écran d’épingles (pinscreen) together with his second, American wife Claire Parker (1906-1981). The texture of these movies is surprisingly similar to the grainy quality of his earlier aquatints. Take a look. 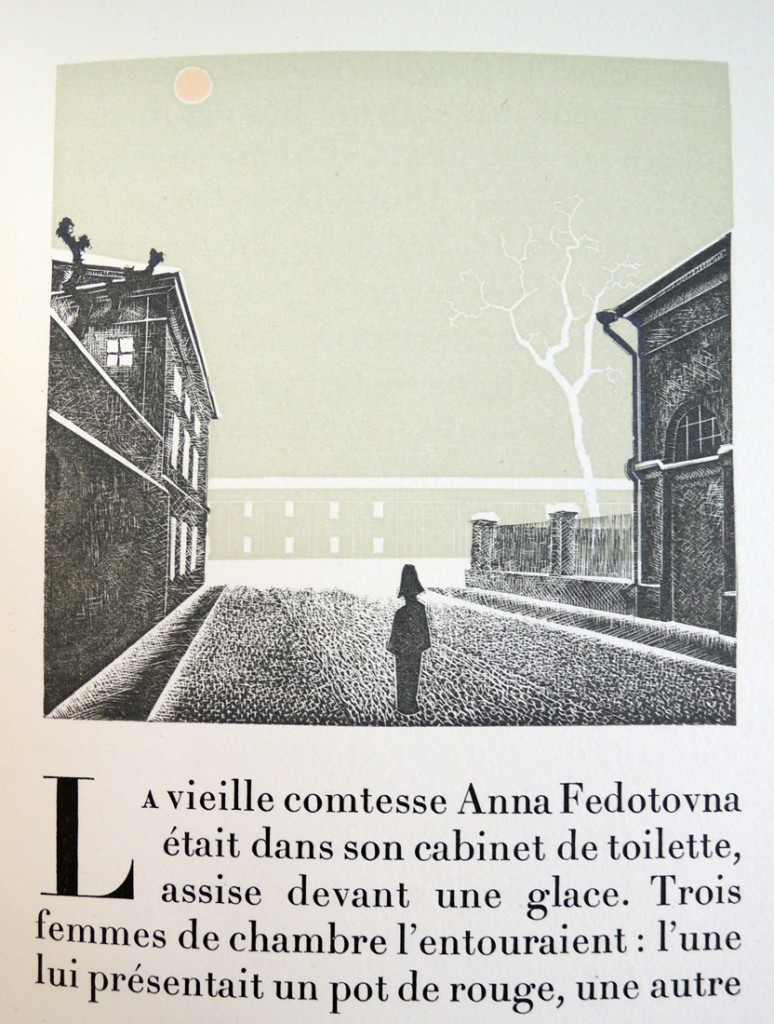 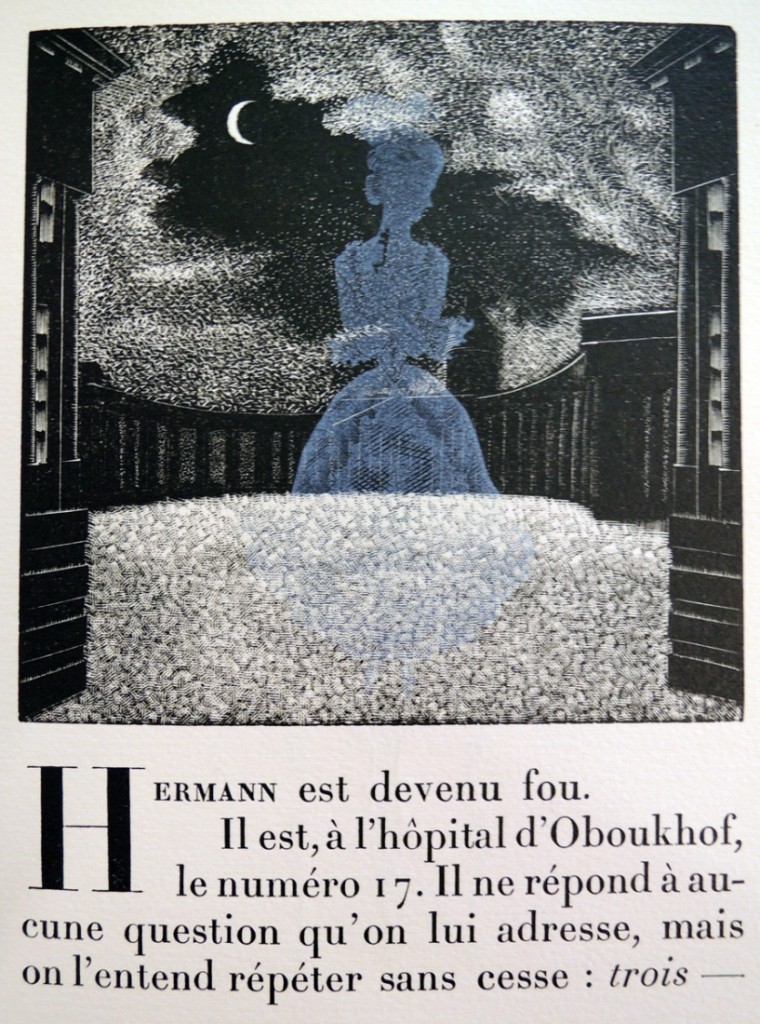 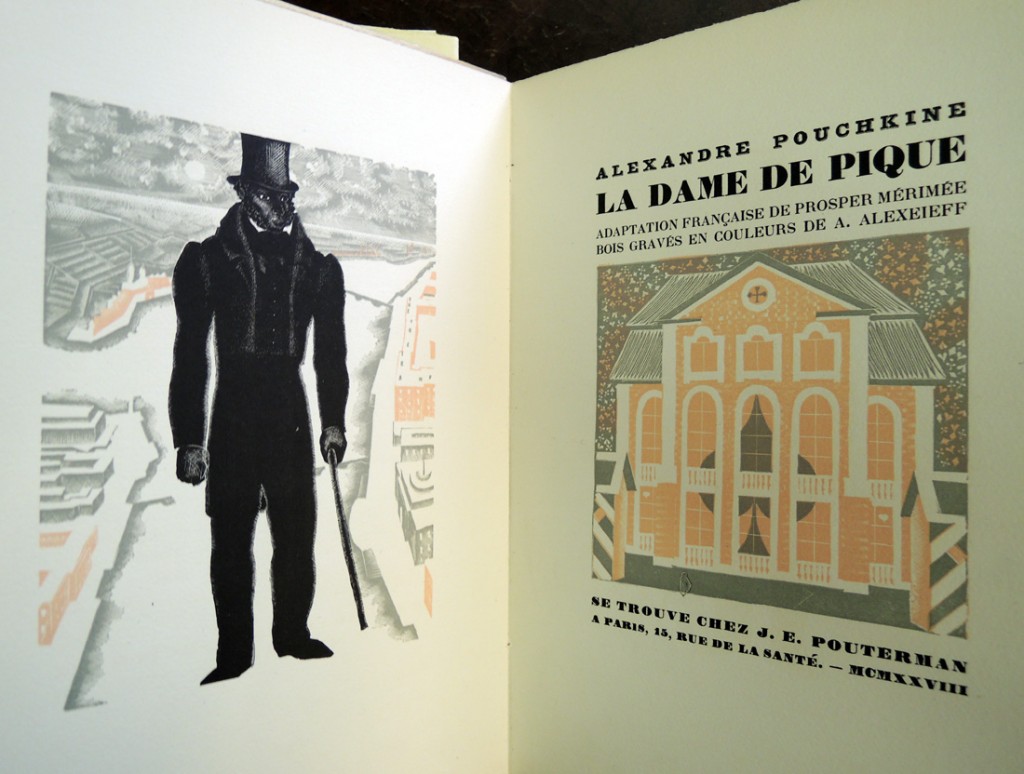 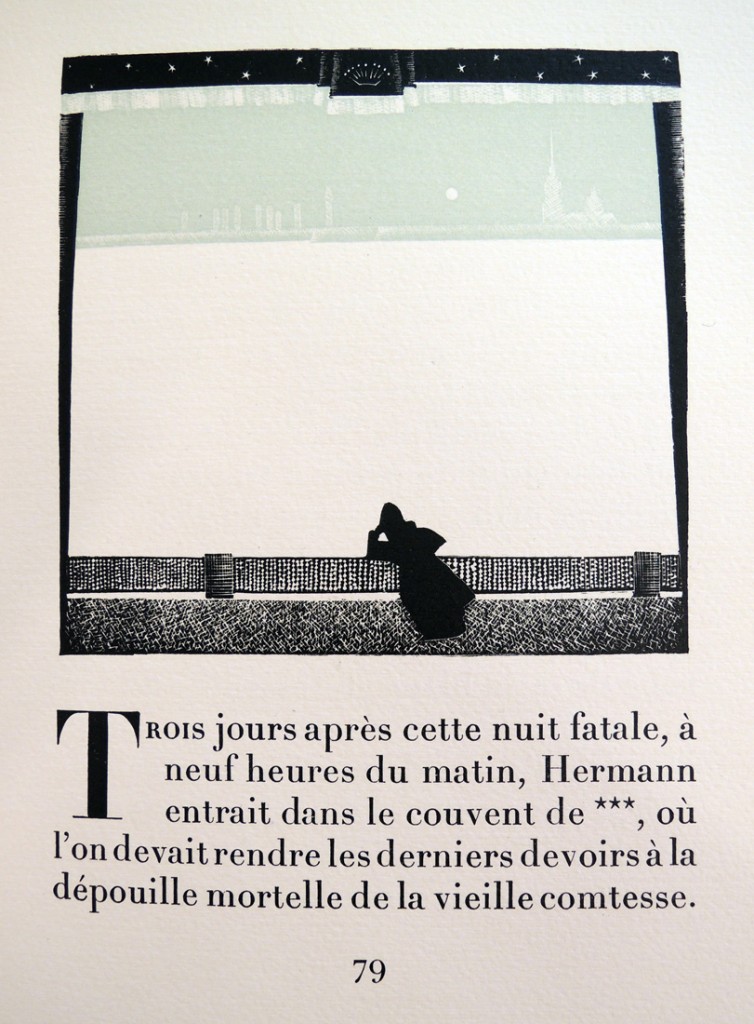