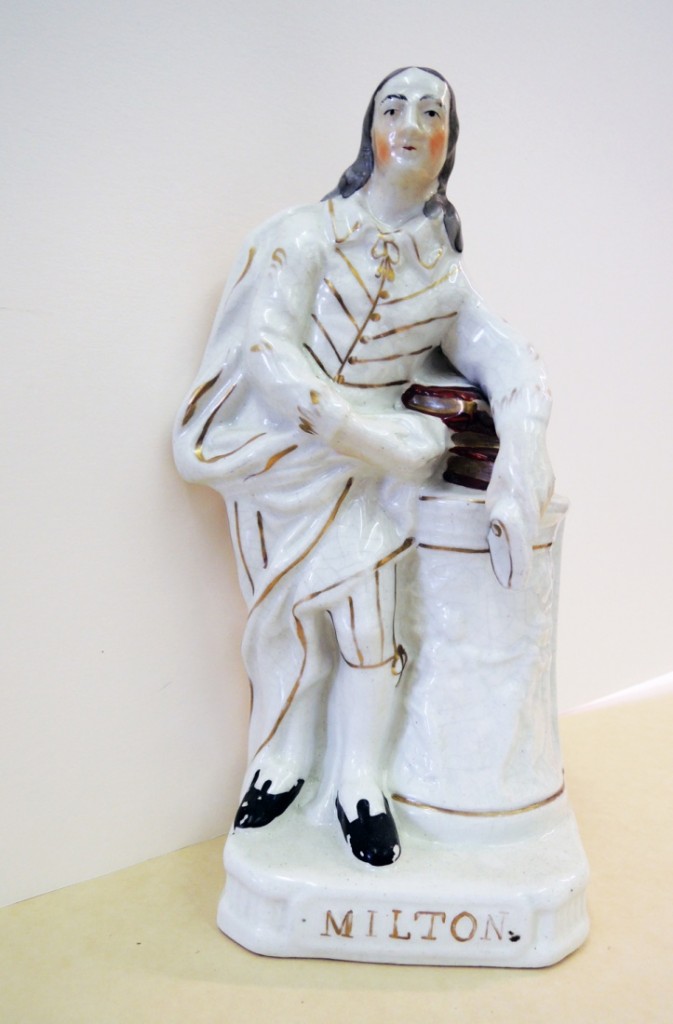 This Staffordshire figurine of Milton comes from the estate of Charles Grosvenor Osgood (1871-1964), Holmes Professor of Belles Lettres. “His course in English Literature and the Classics was long a favorite among undergraduates,” wrote Alexander Leitch, “and the breadth of his interests is revealed by the subjects of some of his early works: The Classical Mythology of Milton’s English Poems; the Middle English poem, The Pearl; Selections from the Works of Samuel Johnson … In 1935 [Osgood] was persuaded to write a history of English literature for classroom use. It was called The Voice of England. ‘I have small excuse, I know,’ he wrote in the preface, ‘for rehearsing the old tale herein set down, except that it is an old story, and a good one, and many are the ways of telling it.’ Osgood’s way, reviewers agreed, was one of the best, and one colleague doubted that any textbook was ever written with such grace and lucidity.” A Princeton Companion (1978).