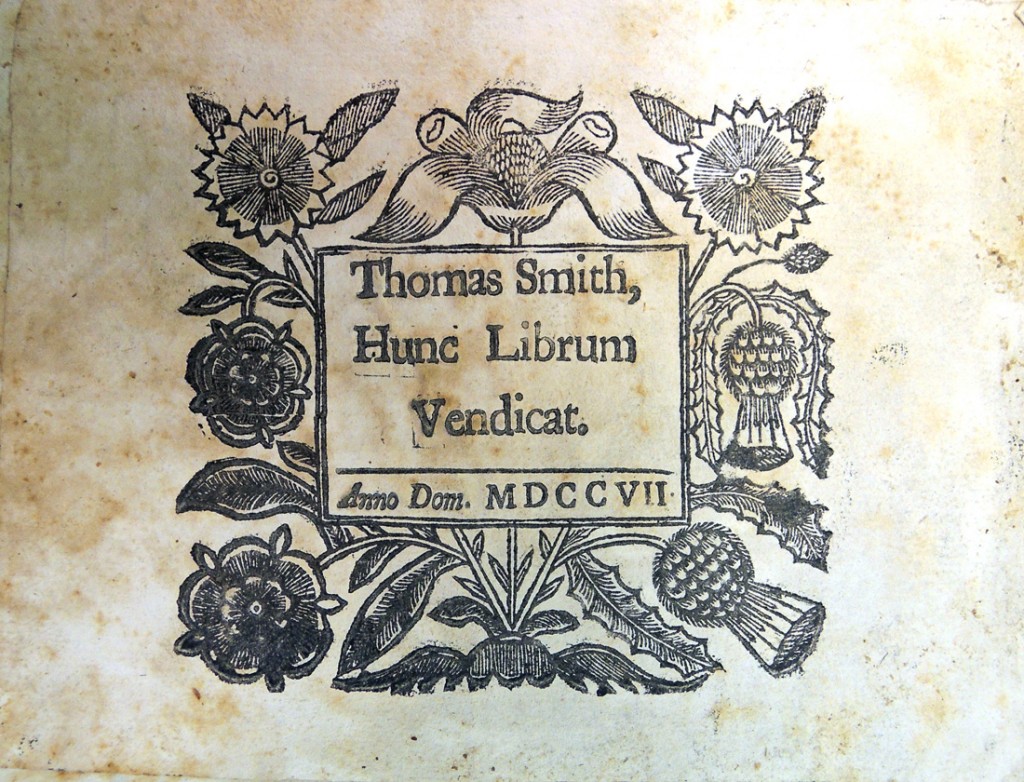 Nicholas Bownd (died 1613), Sabbathum Veteris et Noui Testamenti: or the true doctrine of the Sabbath, held and practised of the Church of God, both before, and vnder the law; and in the time of the Gospell … (London: Felix Kyngston, for Thomas Man and John Porter, 1606). “This is probably the first ornamental American bookplate.” Binding is old calf with blind toolings on covers. Bookplate of “Thomas Smith, Hunc Librum Vendicat. Anno Dom. MDCCVII.” “Thomas Smith his book 1719”–Written in pen, front flyleaf. Graphic Arts Collection (GAX) Hamilton 7 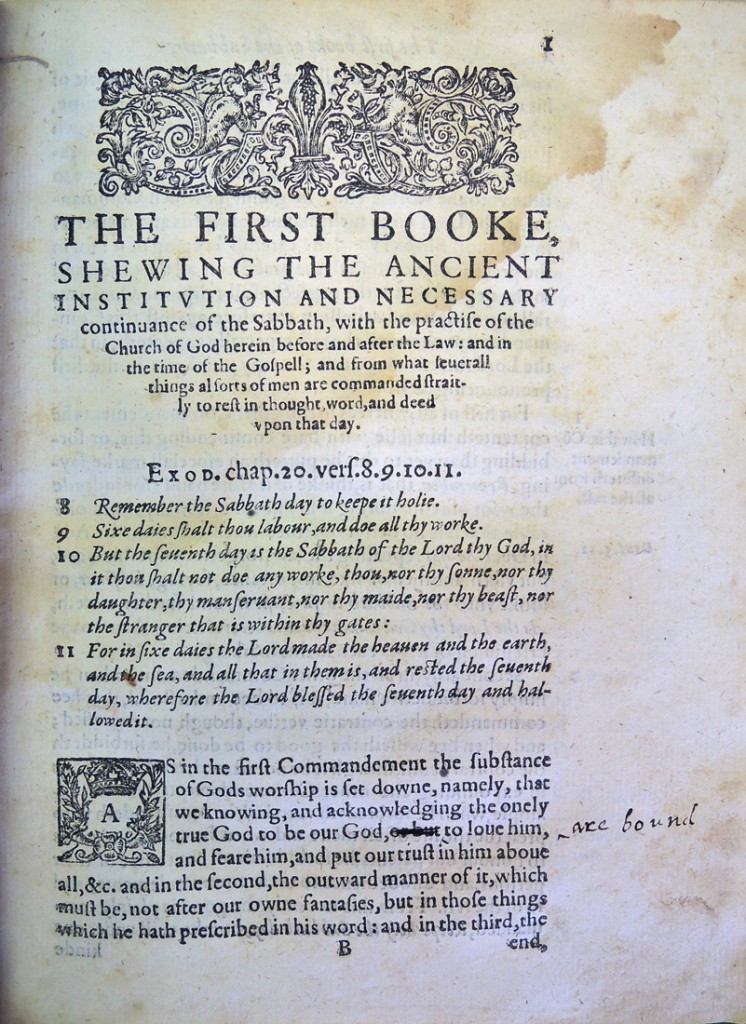 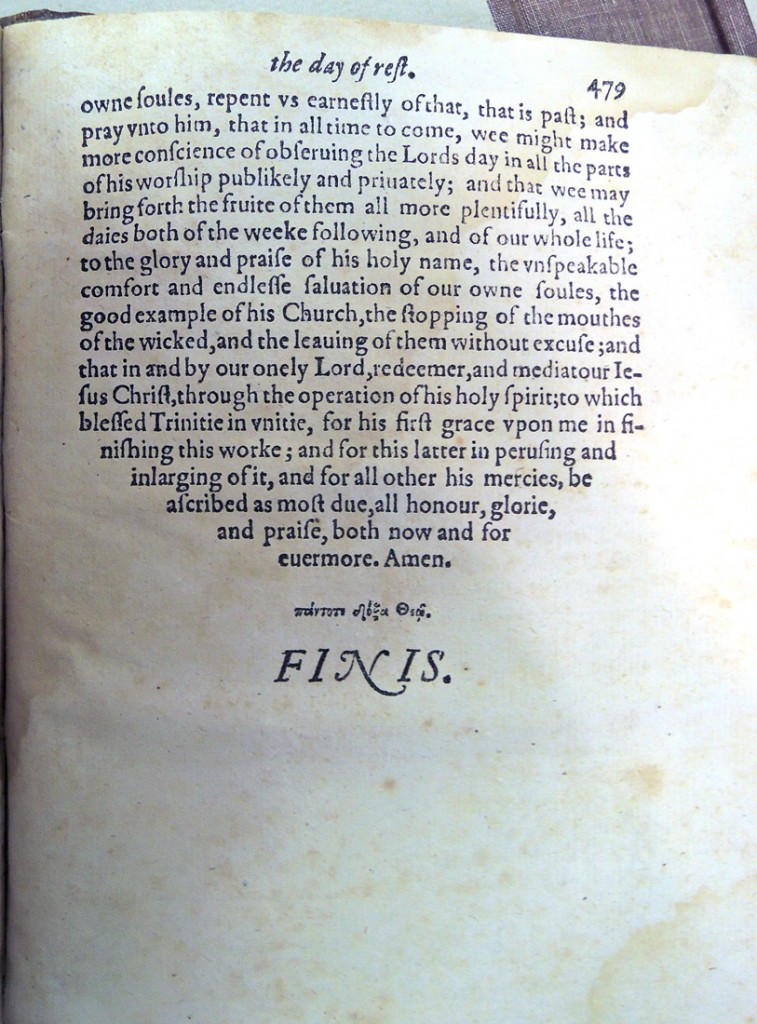 Number 7 within the Sinclair Hamilton Collection of Early American Book Illustrators and Wood Engravers is a bookplate for Thomas Smith (1678-1742). Hamilton writes that it is “probably the first ornamental American bookplate.” He continues, “Earlier plates, of course, had made some use of printers’ type ornaments but none contain woodcut ornamentation in so elaborate a style as this. The cutting is better done and the result more elegant—if such a word can be used for work as early as this—than is the case in earlier American efforts at woodcutting such as John Foster’s seal of the Colony of Massachusetts or the figure which appears in the Cambridge Ephemeris of 1684. It is, however, very rare…” 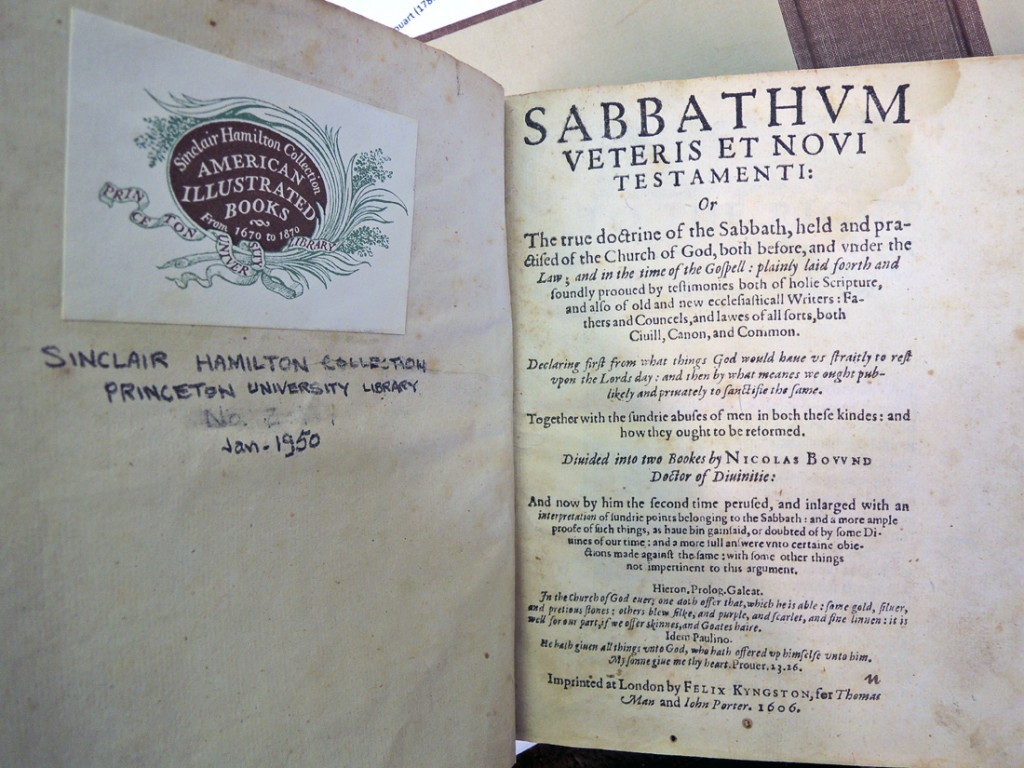 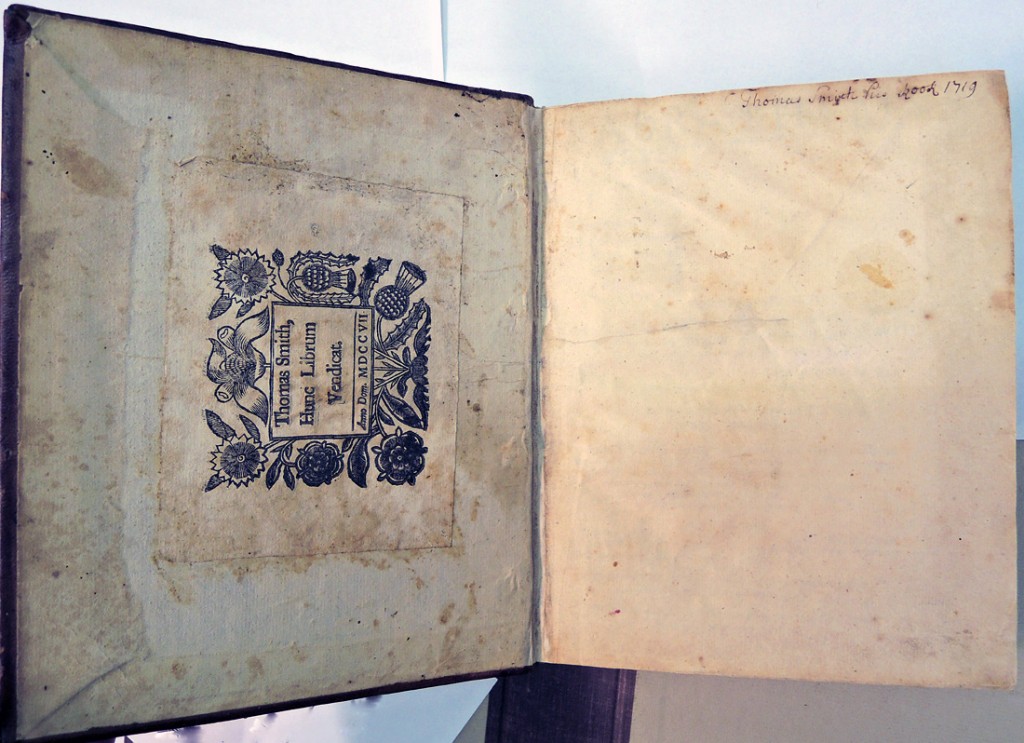 He joined the Old South Church, April 28, 1717, and was a benefactor of Harvard College. Administration on his estate, which inventoried five thousand seven hundred and forty-three pounds, was granted to his widow, Sarah, and son, March 23, 1742.”