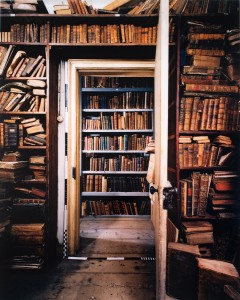 Since 1922, the Princeton University Library has held an annual book collecting contest for its undergraduates, organized originally by George Peck, the curator of special collections. It wasn’t until 1939 that financial prizes were awarded, which were $25 and $15 for the first and second place winners. Then, as it is today, the award is not about the money.

Many other colleges and universities around the country now give similar prizes to  their undergraduates in recognition of connoisseurship in book collecting and in 2005, a national collegiate book collecting contest was established to include the first prize winners from each of the university contests.

The winners of the 2013 National Collegiate Book Collecting Contest are:

Congratulations to the winners! The awards ceremony will be held at the Library of Congress on October 18, 2013, at 5:30 p.m.

The National Collegiate Book Collecting Contest is administered by the ABAA, the Fellowship of American Bibliophilic Societies (FABS), the Center for the Book and the Rare Books and Special Collections Division (the Library of Congress), with major support from the Jay I. Kislak Foundation. For more information on the contest, please visit contest.abaa.org.