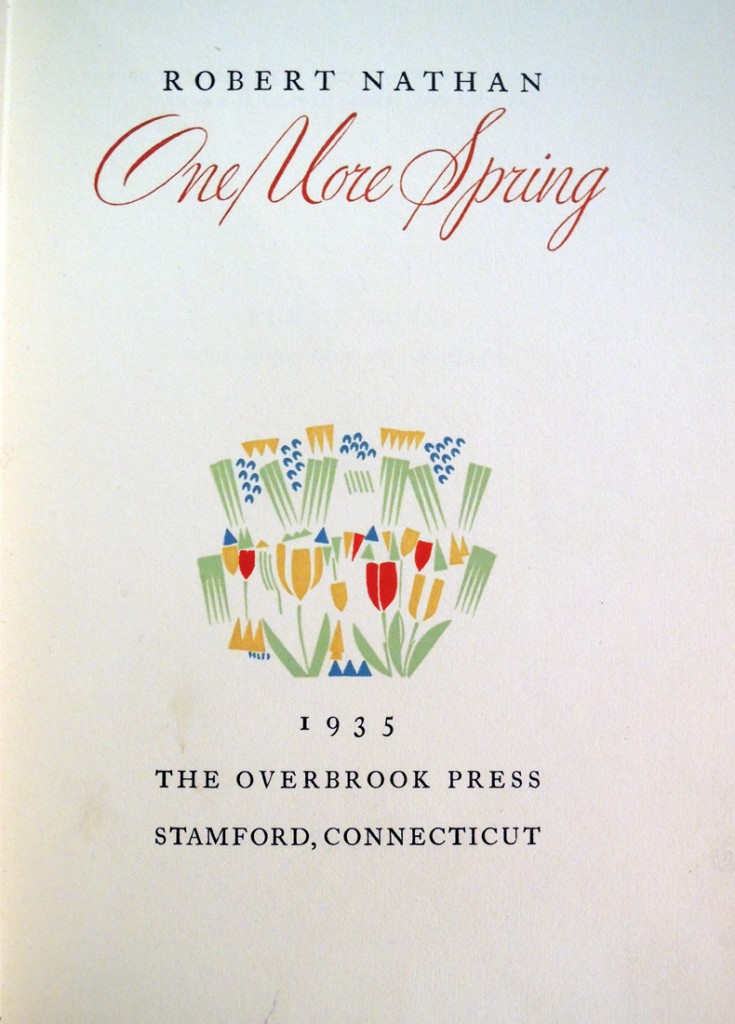 One of AIGA’s fifty best books of 1936 was One More Spring with hand-stenciled color by William Addison Dwiggins (1880-1956), who also designed the binding. Each of the 750 copies sold for $10 and it continues to be a favorite of book collectors. 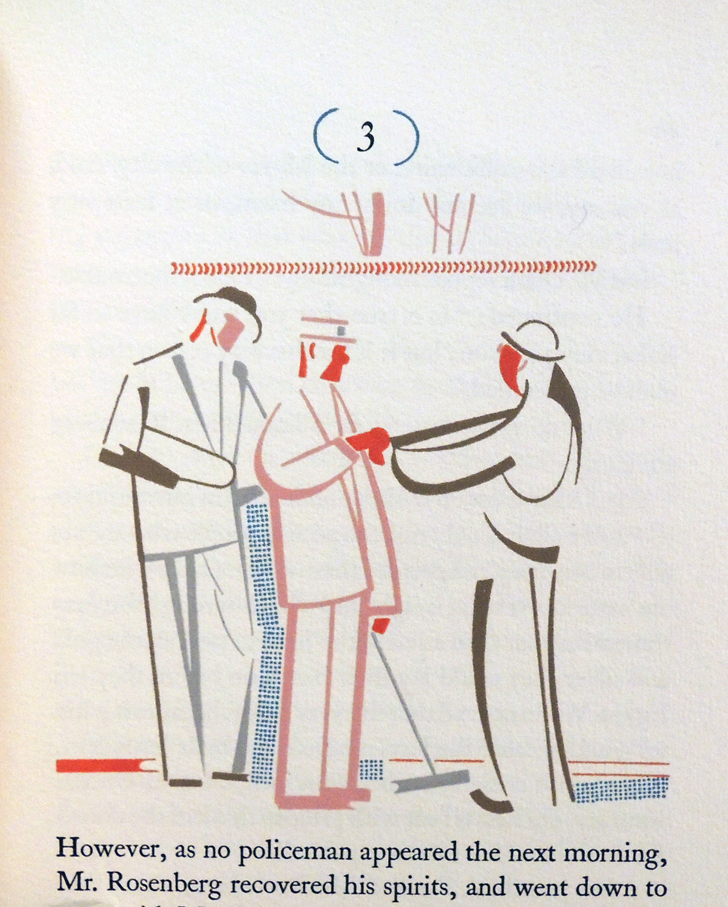 While many of his books were designed to look like stencil printing, the final editions were in fact printed from relief metal blocks. This title, however, clearly states that the designs were stenciled by Dwiggins and so, I take it as fact. The flat areas of color show no evidence of a human hand but the artist was extremely precise. I would not want to second guess him. What do you think?

At this point in his career, Dwiggins did all the work himself from his home studio in Hingham, Massachusetts, separating the design into individual stencils and cutting them from celluloid sheets. Several designs include one stencil repeated many times to form a picture. For painting on the color, he cut off a shaving brush since he didn’t have the traditional animal-hair pompon. 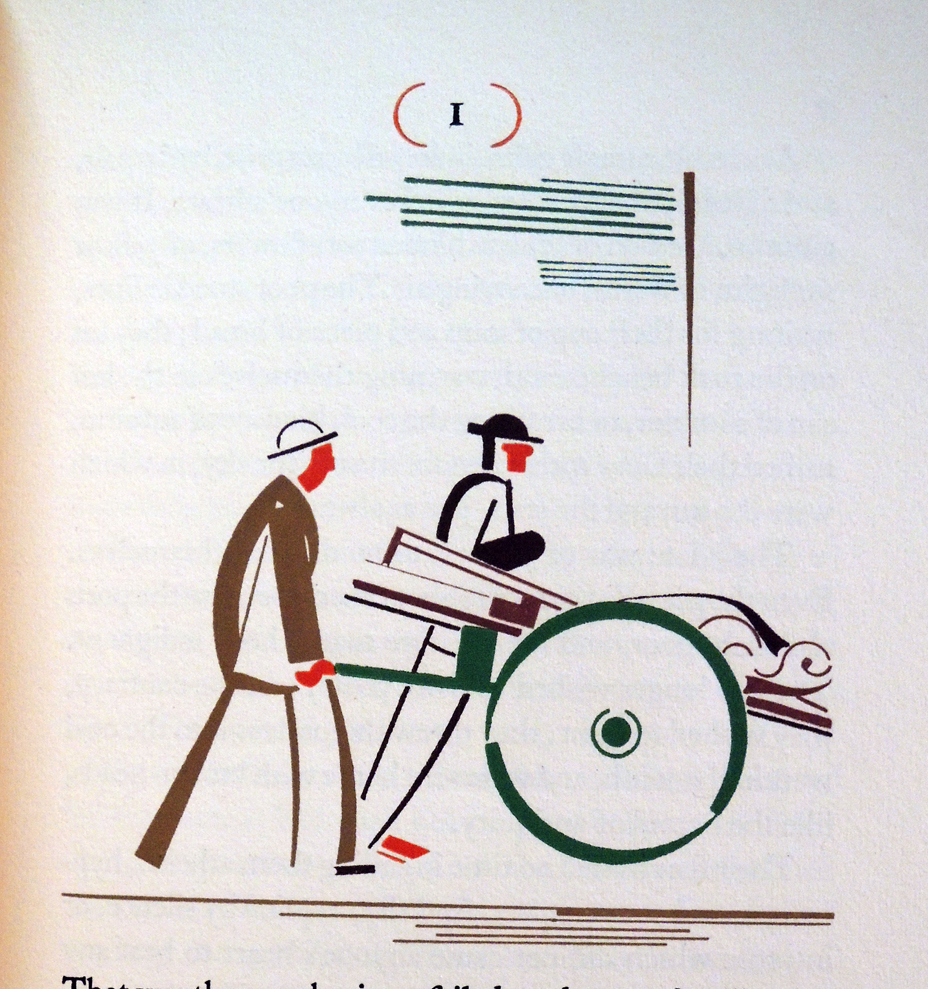 The artist wrote, “the cutting is done into bits of celluloid taped in place over the pen drawings of the elements. After the ties have been located, a light cutting is made, not all the way through the film, and if necessary, French chalk rubbed into the scratches. Then over black paper to let you see where to go, a final cut is made through the film.

Curator Philip Hofer called Dwiggins, “America’s one truly modern typographer, and by far her most outstanding book decorator and calligrapher; a mechanical wizard, type designer, and specialist in advertising layout; an illustrator, mural painter, costume designer, and sculptor, a playwright, satirist, and perhaps beyond ever the best of his art – a thinker and poet in prose.” 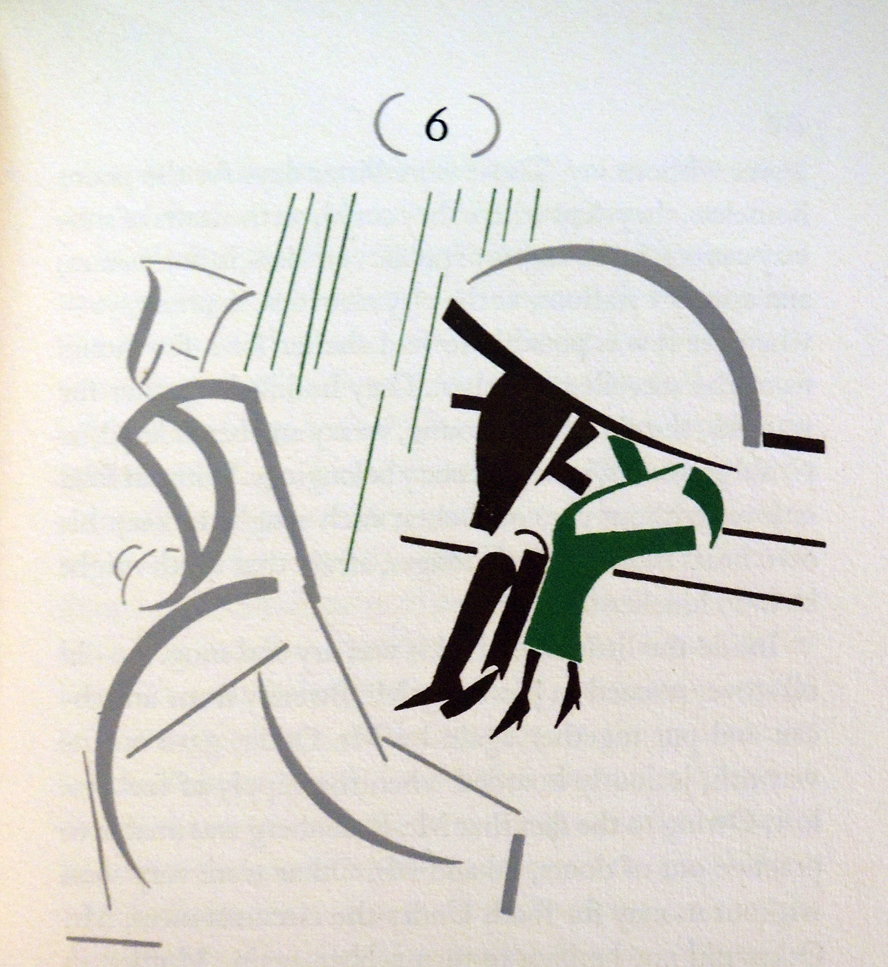 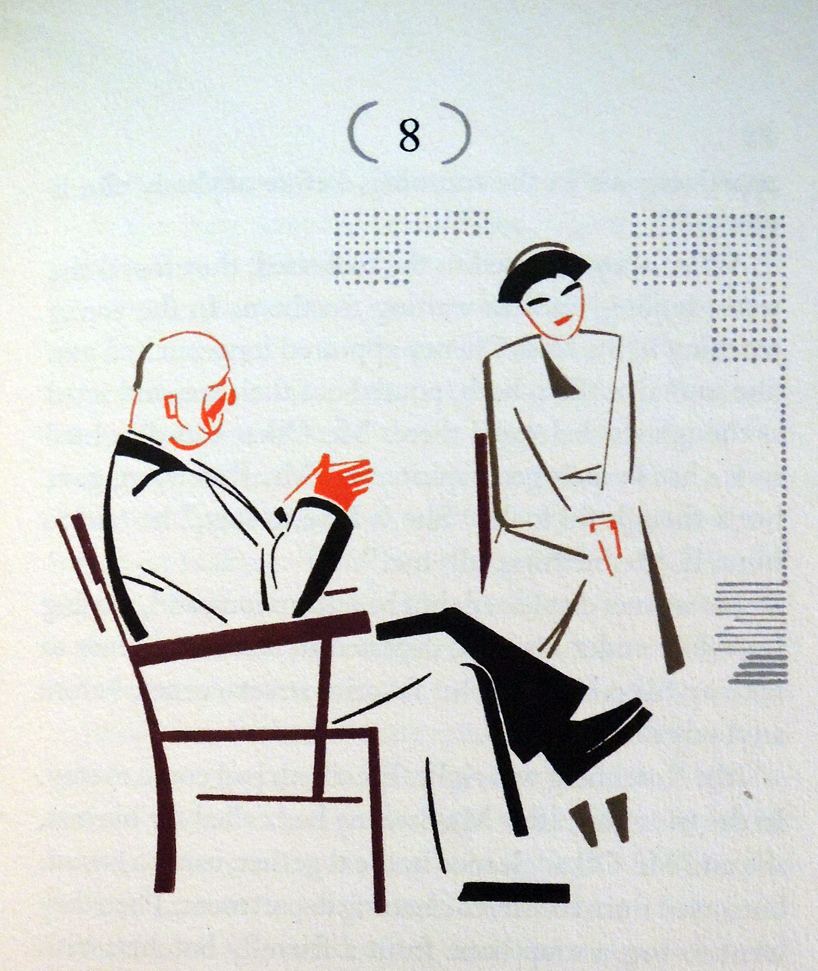 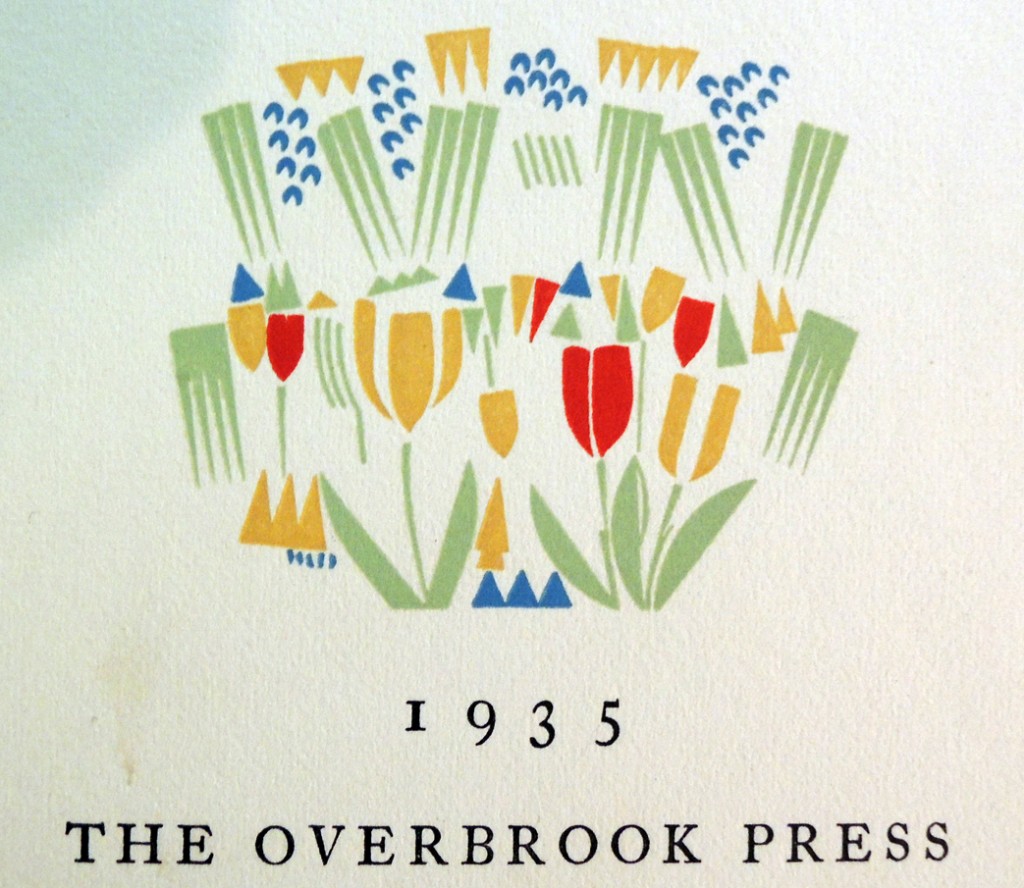