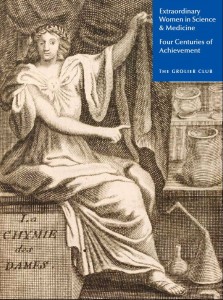 Last night, our friends and colleagues Ronald K. Smeltzer (director of the Princeton Bibliophiles and Collectors); Paulette Rose; and Robert J. Ruben, Princeton Class of 1955, opened a groundbreaking exhibition entitled Extraordinary Women in Science & Medicine: Four Centuries of Achievement. The show is open to the public free of charge 18 September to 23 November 2013 at the Grolier Club in New York City. Take your daughters. 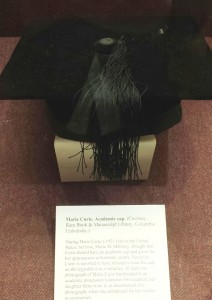 Did Marie Curie refuse to wear this academic cap? See the show

As noted in the press release, of particular interest will be Emilie Du Châtelet’s 1759 translation of Newton’s Principia with the bookplate of Talleyrand; copies of all of her other scientific publications; a mathematics workbook and a letter, both in her hand; and materials about her fourteen-year relationship with Voltaire, including a book she co-authored—although without her name on the title page. A scientific breakthrough in genetics written on a brown paper bag is displayed.

A number of events are being held in conjunction with the exhibition including a collectors’ forum on Thursday, 3 October 2013 hosted by Rose, Ruben, and Smeltzer.

On Saturday, 26 October 2013, there will be a half-day symposium featuring Dava Sobel, historian, author of Gallileo’s Daughter and other popular expositions of scientific topics; Sharon Bertsch McGrayne, author of critically-acclaimed books about scientific discoveries and the scientists who make them; Professor Paola Bertucci, Assistant Professor of History and in the History of Medicine at the Yale School of Medicine; Professor Sandra K. Masur, Professor of Ophthalmology, Associate Professor of Structural and Chemical Biology at Mount Sinai Hospital, New York. 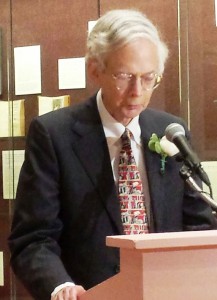 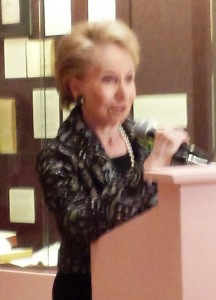 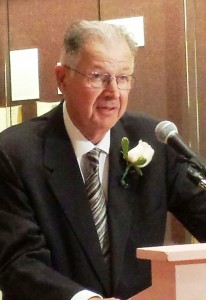