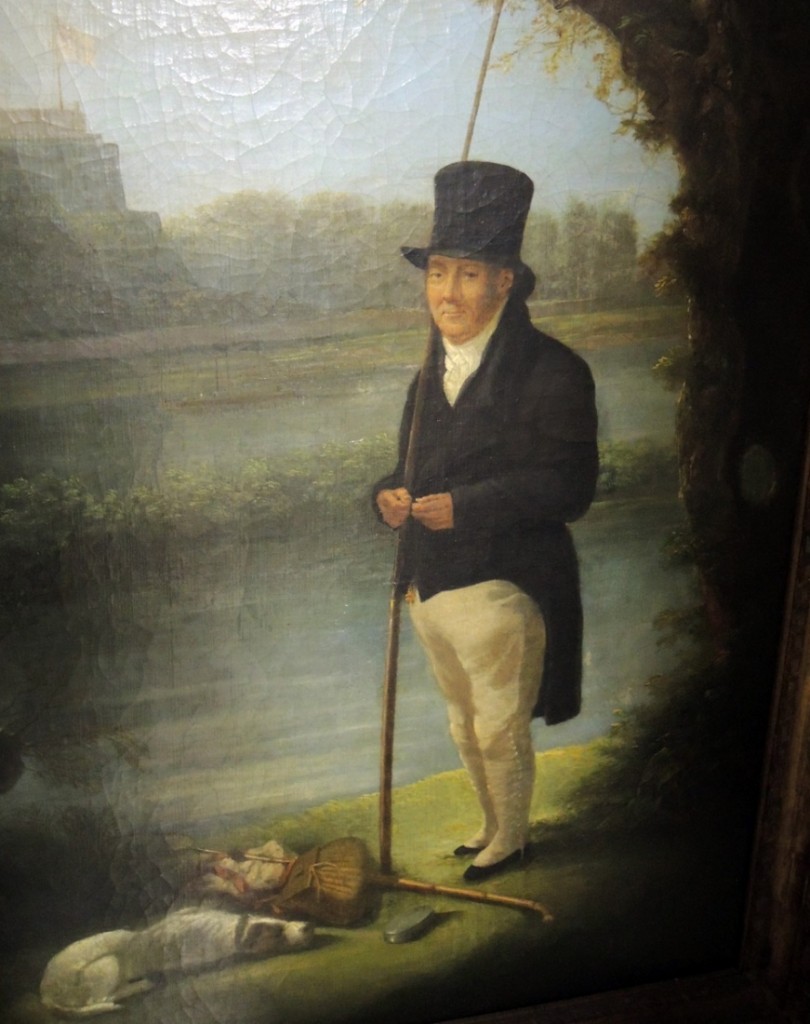 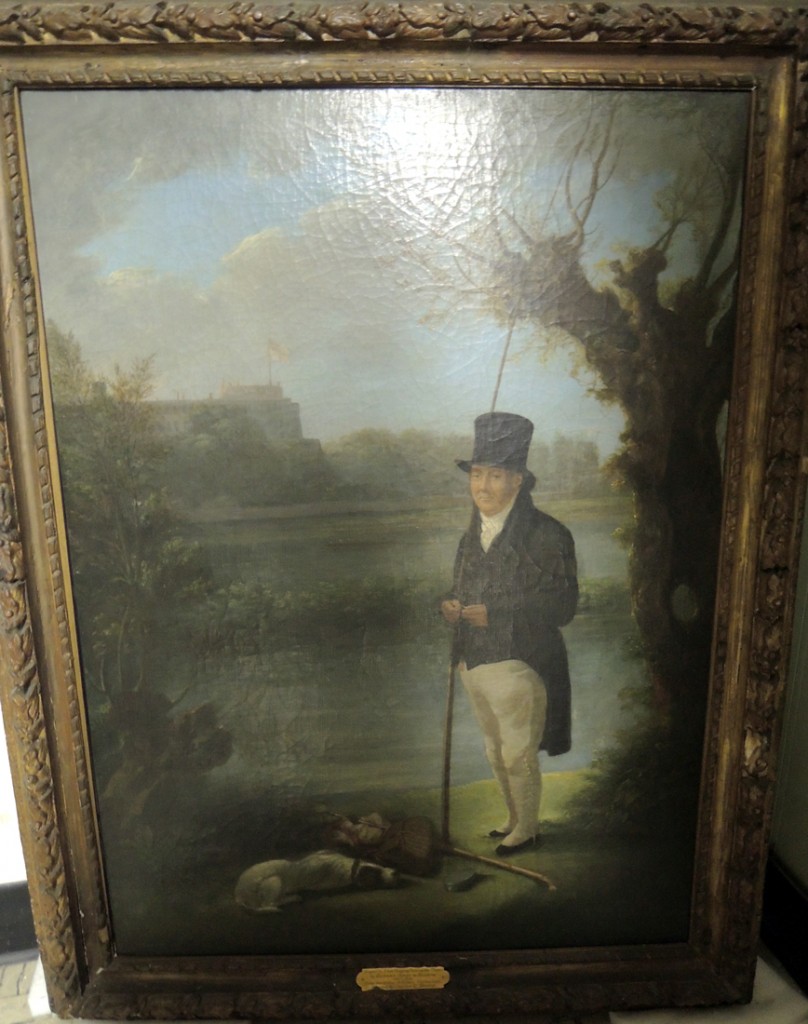 Born in Reading, the sporting painter Richard Jones was sought after for his depiction of horses, dogs, and fish. Yet, very little is known about the artist’s life besides a small list of paintings and exhibitions from the early 1800s. Our Angler dates from a similar period as The Anglers at the Brooklyn Museum: https://www.brooklynmuseum.org/opencollection/objects/4795/The_Anglers#

Fishing is more expensive than ever for Eton gentlemen, young and old, according to Angling News (March 15, 2011). In an article entitled, “Eton College hands over fishing rights to new group,” we learn that “Eton College has handed over the fishing rights to a four-mile stretch of river between Romney Island at Windsor and Dorney Rowing Lake to a syndicate that will charge £100 a year.”

“The college had let local angling clubs have the rights in the past. Eton Fisheries–a group consisting of Newbury-based chartered surveyor Patrick Todd and two colleagues–are now in charge. Mr. Todd said that he had met representatives from all the fishing clubs and that reaction had been mixed. …He said that although there would be an £100 annual charge, keen fishermen or women would also be able to obtain a day licence for just £6 and that he had no intention of pricing ordinary people out.”