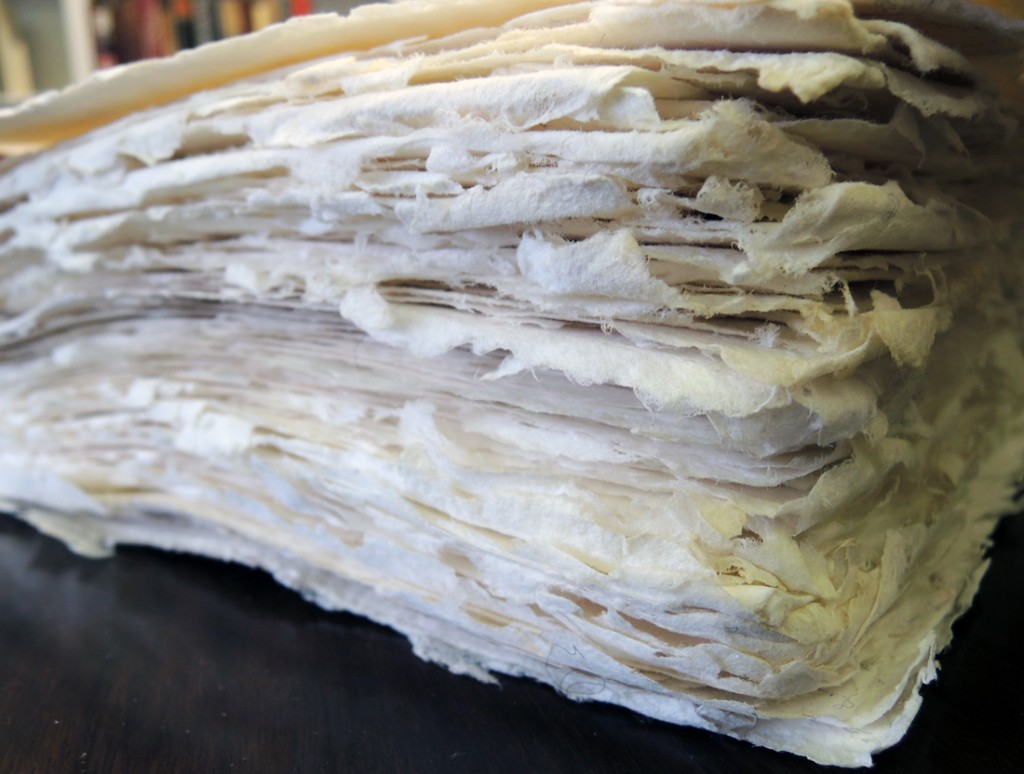 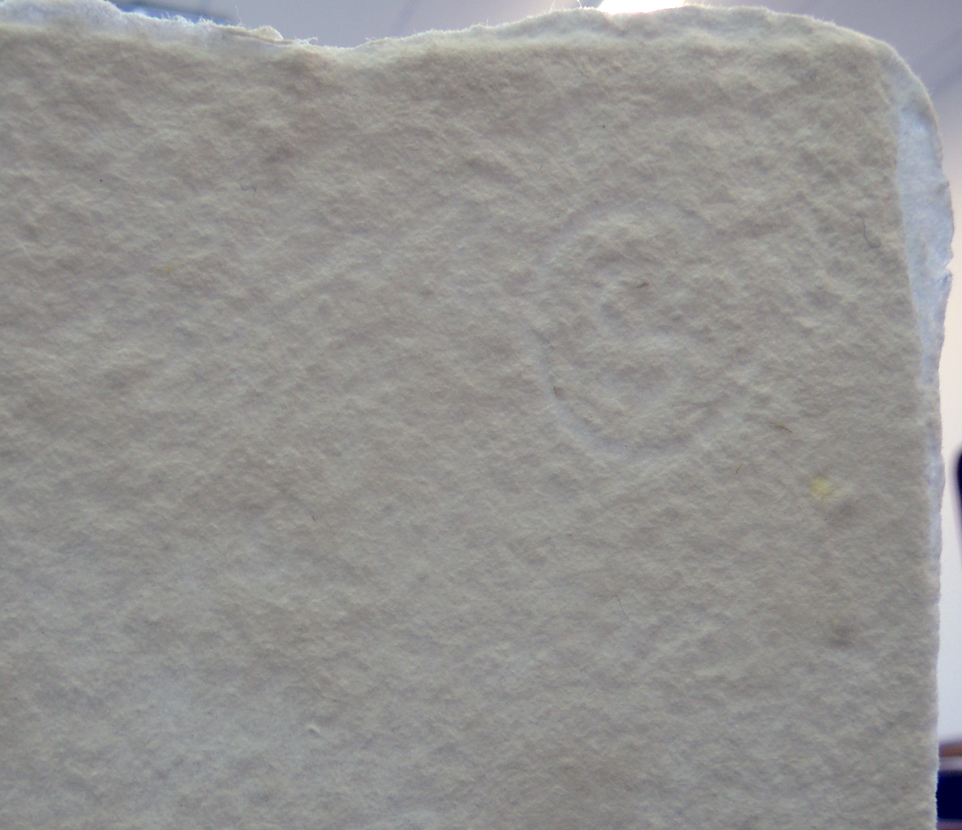 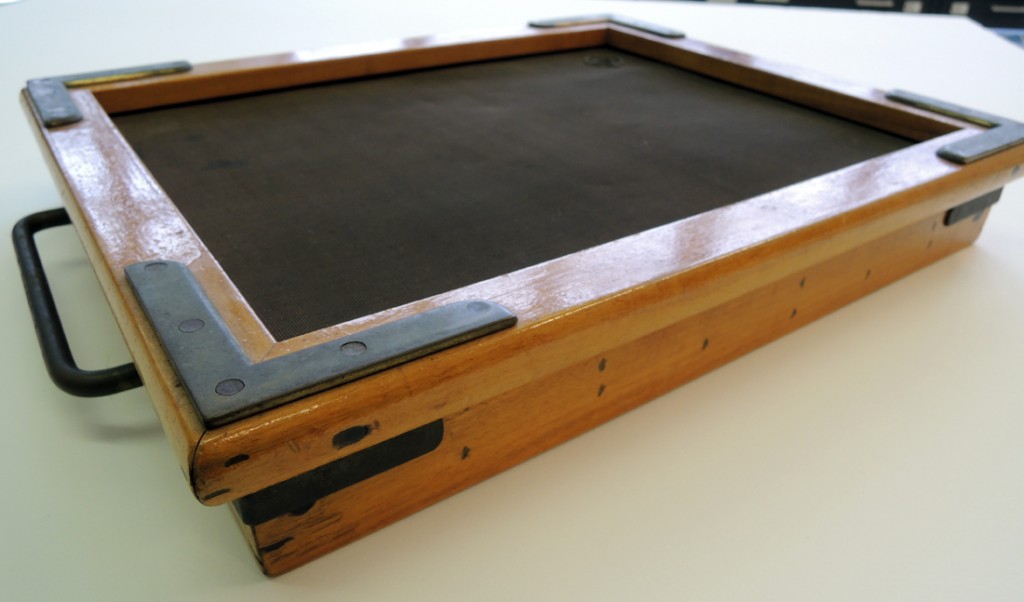 Need some paper? Why go to Office Depot when you can make it yourself? That’s what our good friend Allen Scheuch, Class of 1976, did.

A 24 x 32 inch paper mould was fashioned from varnished mahogany, with a bronze screen, simple brass (kitchen cabinet) handles, an inlaid brass rod on one side for reinforcement, and an “S” (for Scheuch) in a circle for the watermark.

100% linen rag was torn and beaten into a milk-like soup. For each sheet, Scheuch dipped the mould into the mixture and let the water drain. The top “deckle” finished the sides of the paper before the damp sheet was transferred to a felt where it would dry.

“I used one or two pieces but that was all!” Scheuch told me. “I liked the texture and the deckle but could never bring myself to use it casually – it meant too much to me! – and never ended up using it in a special project. So this will be its special project – as a teaching aide in Princeton’s Graphic Arts Department; I can’t imagine a finer one!” 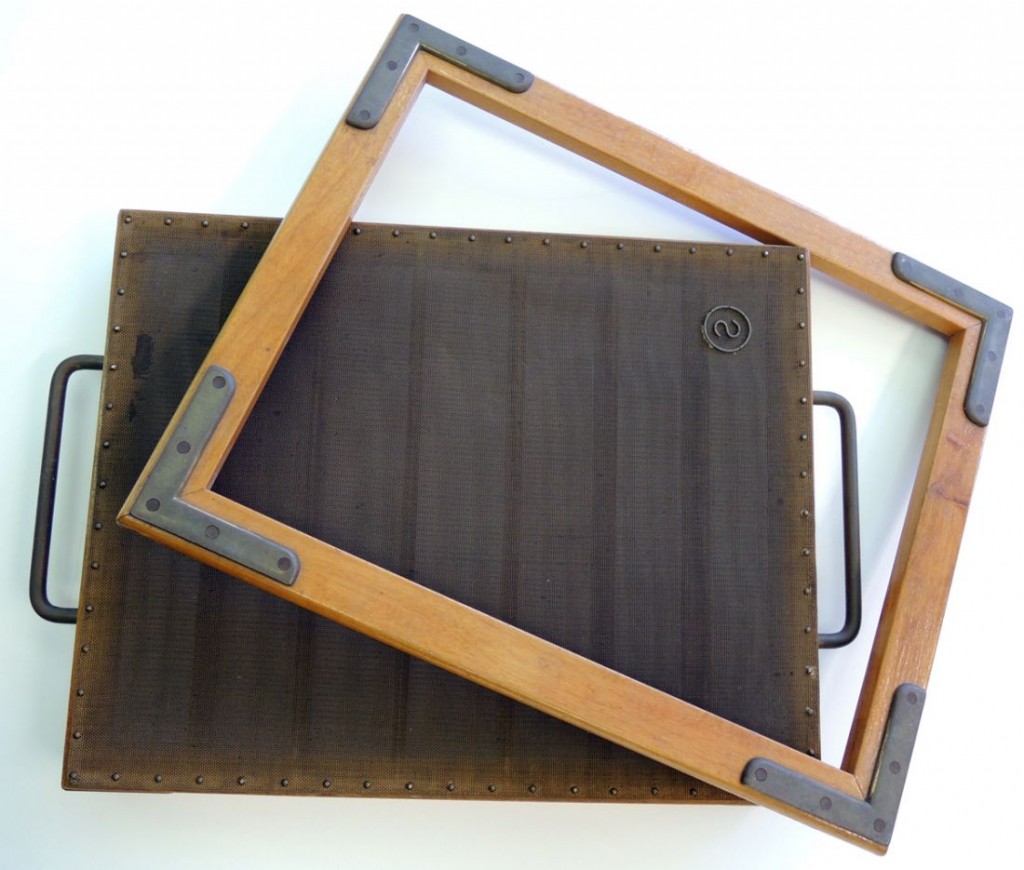 Our sincere thanks to Mr. Scheuch!