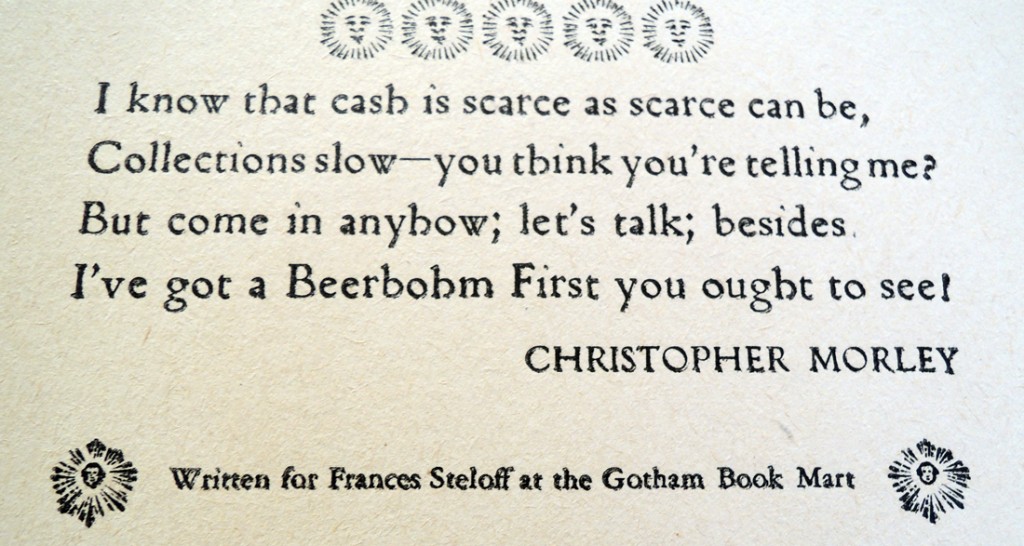 In 1923, when Frances Steloff (1887-1989), owner of the Gotham Book Mart, moved her bookstore to West Forty-Seventh Street, it was her friend Lew Ney (Luther Widen, 1886-1963) who gave up his Fourth of July weekend to carry the books and shelves to the new shop. When Steloff needed a brochure or keepsake printed, it was her friend Lew Ney who hand-set the type, dampened the paper, and printed the edition for her.

And so, when Christopher Morley (1890-1957) wrote the verse, “Rubaiyat of Account Overdue,” in response to the many unpaid bills at the Gotham Book Mart, it was Lew Ney who editioned the poem for Steloff.

Lew Ney designed two separate formats: a narrow broadside that would go in an envelope with each overdue notice and a four page keepsake as a reward to those who paid their bills. He printed 350 of each, using his famous Inkunabula type. Morley signed them all and as they went out, Steloff added the date and her signature.

“That not only brought good results,” wrote Steloff, “but also a problem—our prompt paying customers then felt it was more rewarding to be delinquent.” [Special Gotham Book Mart issue of Journal of Modern Literature 4, no.4 April 1975): 792] 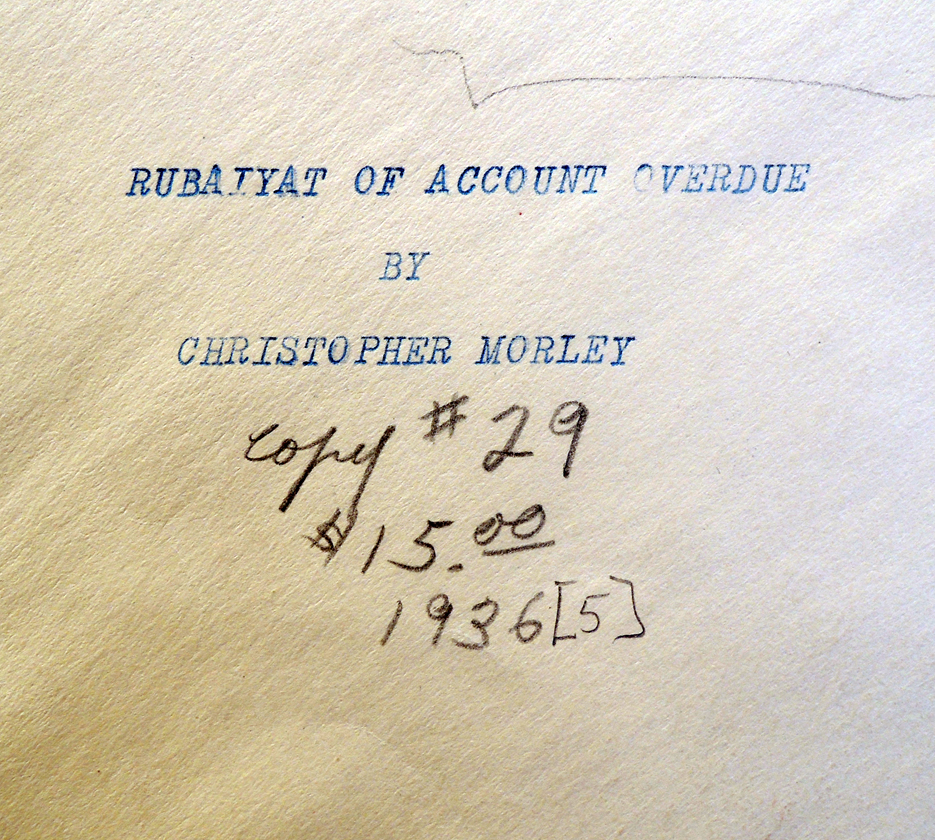 As soon as he finished Steloff’s project, Lew Ney was on to his next jobs, using the same Inkunabula type to set Robert Penn Warren’s Thirty-Six Poems; Williams Carlos William’s An Early Martyr and Other Poems; and Wallace Stevens’ Ideas of Order, among other project that year. 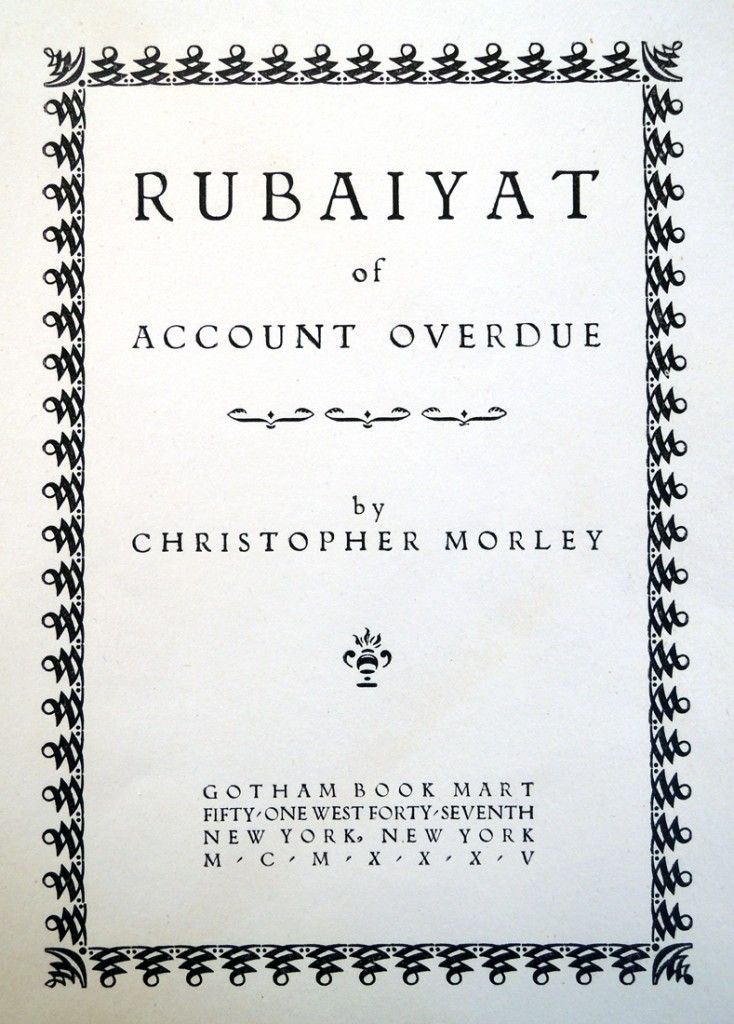 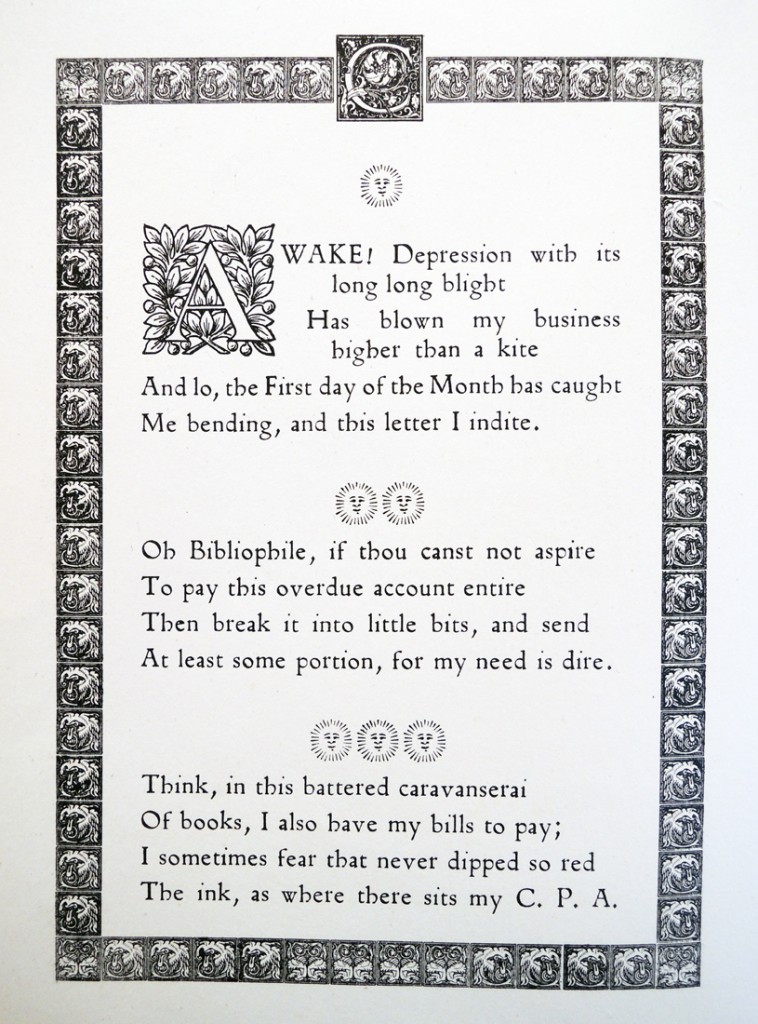 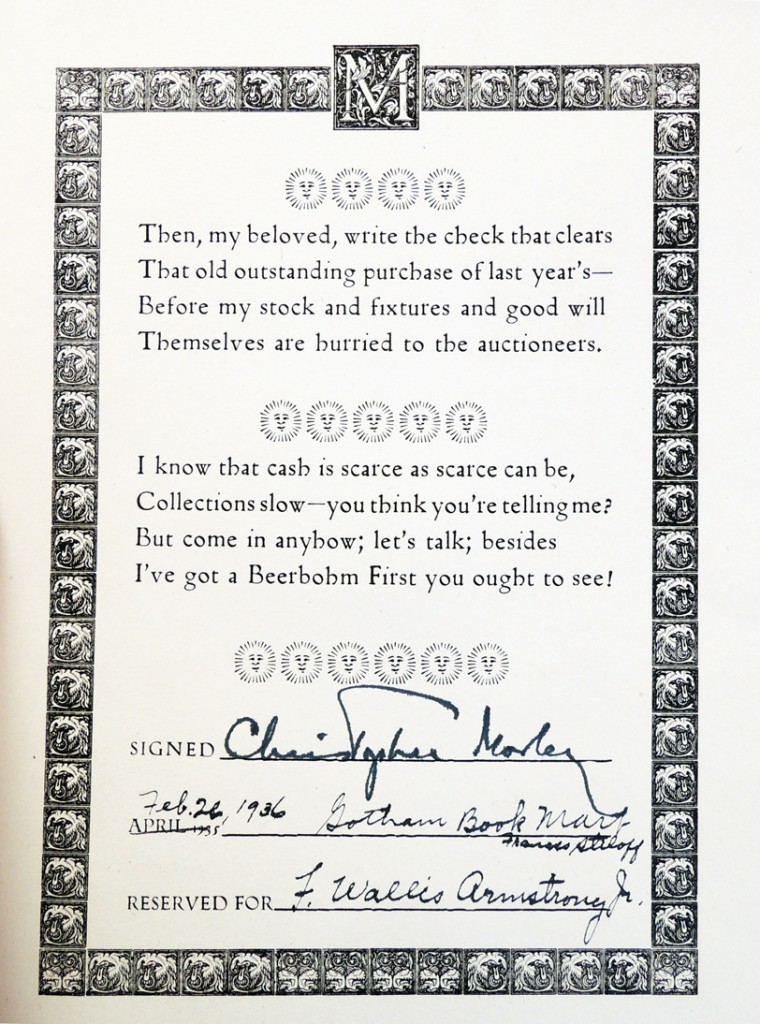 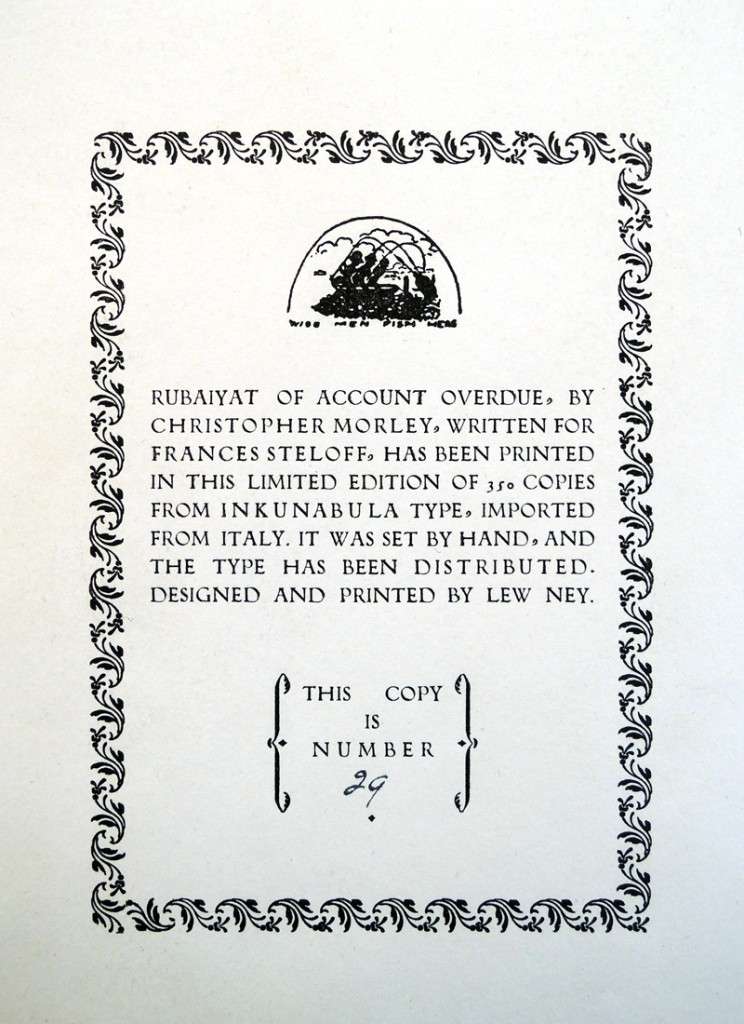