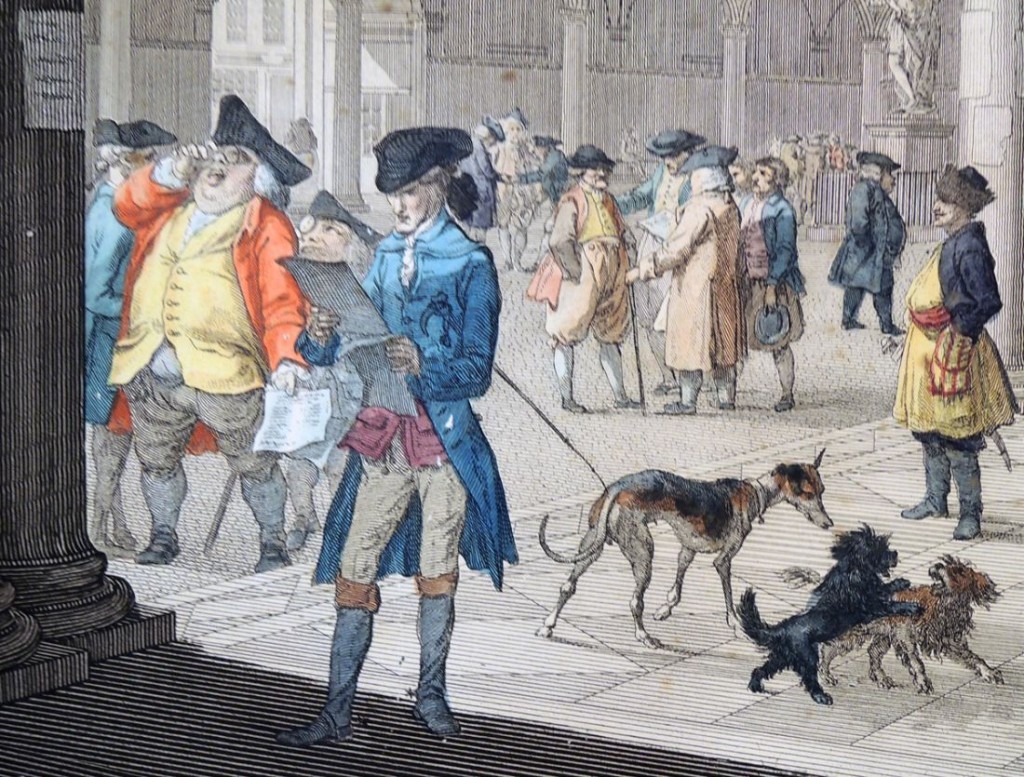 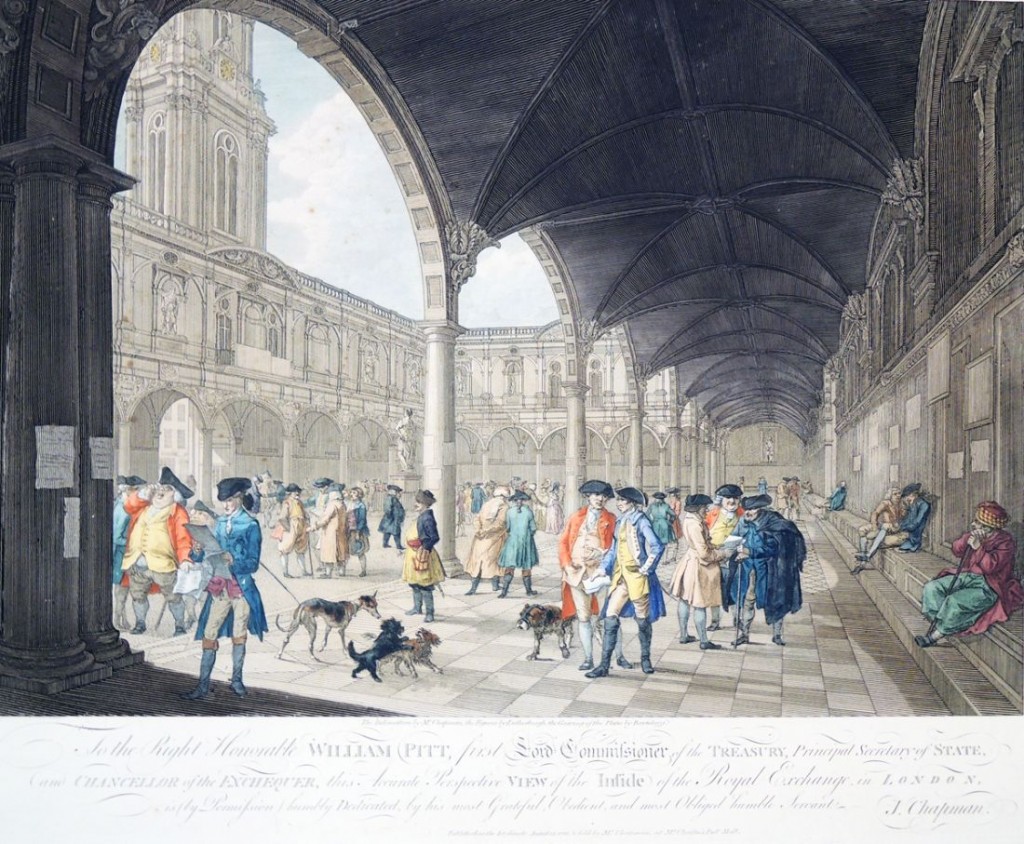 In 1777, several drawings were made of the interior and exterior of the second Royal Exchange, built in 1674 by Edward Jarman after the Great Fire of 1666. The drawings were engraved by Francesco Bartolozzi and published on August 12, 1788 in both colored and uncolored versions. The Graphic Arts Collection has the interior scene with a tower rising above the arcade on the left.

Chapman and Loutherbourg worked together on this scene, with Chapman concentrating on the buildings and Loutherbourg on the pedestrian traffic. Unfortunately, this building was also destroyed by a fire in 1838 and rebuilt for a third time, opening in 1844.