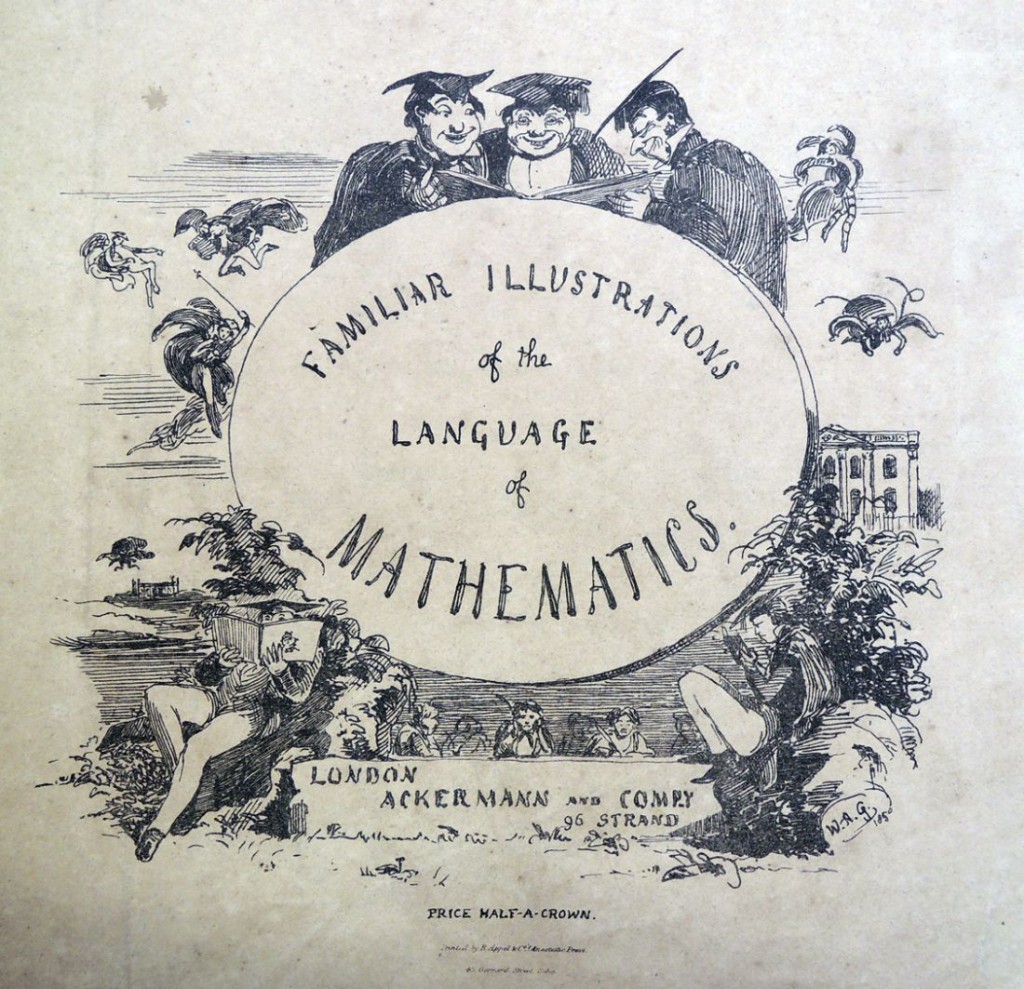 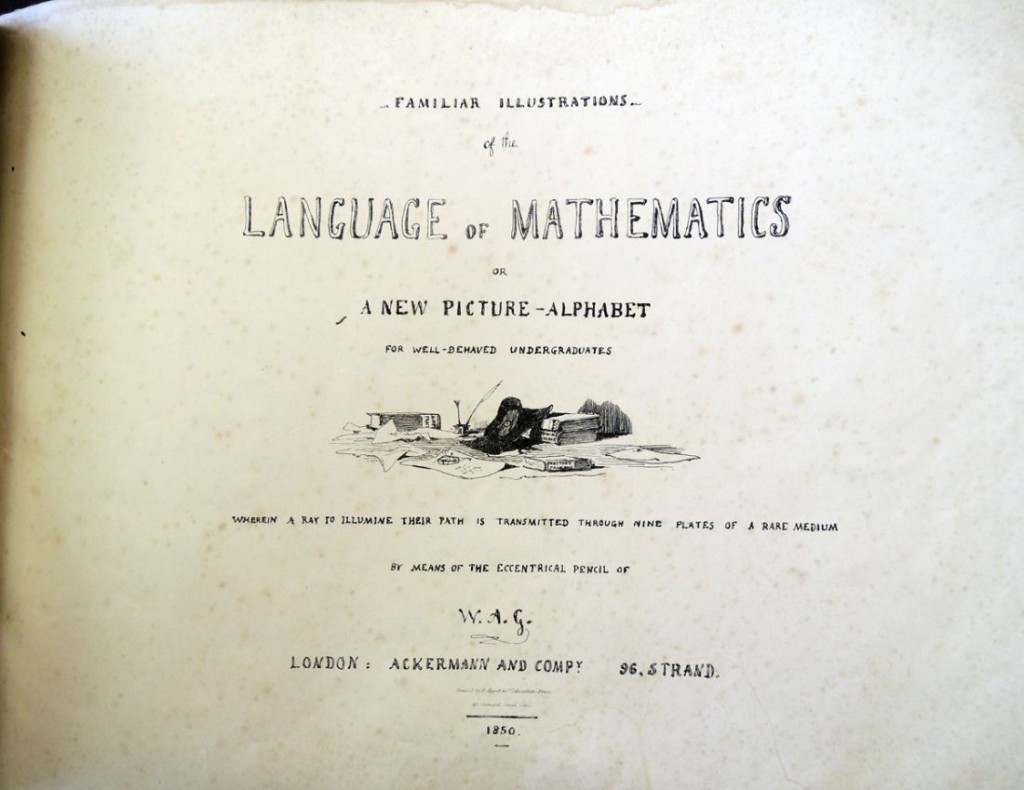 John Lewis Roget (1828-1908), Familiar Illustrations of the Language of Mathematics or a New
Picture-Alphabet for Well-Behaved Undergraduates; Wherein a Ray to Illuminate their Path is Transmitted through Nine Plates of a Rare Medium by Means of the Eccentrical Pencil of W.A.G. [pseud.] (London: Ackermann, 1850). Bound together with Cambridge Customs and Costumes (London: Ackermann and Company, 1851). Graphic Arts Collection GAX 2014- in process 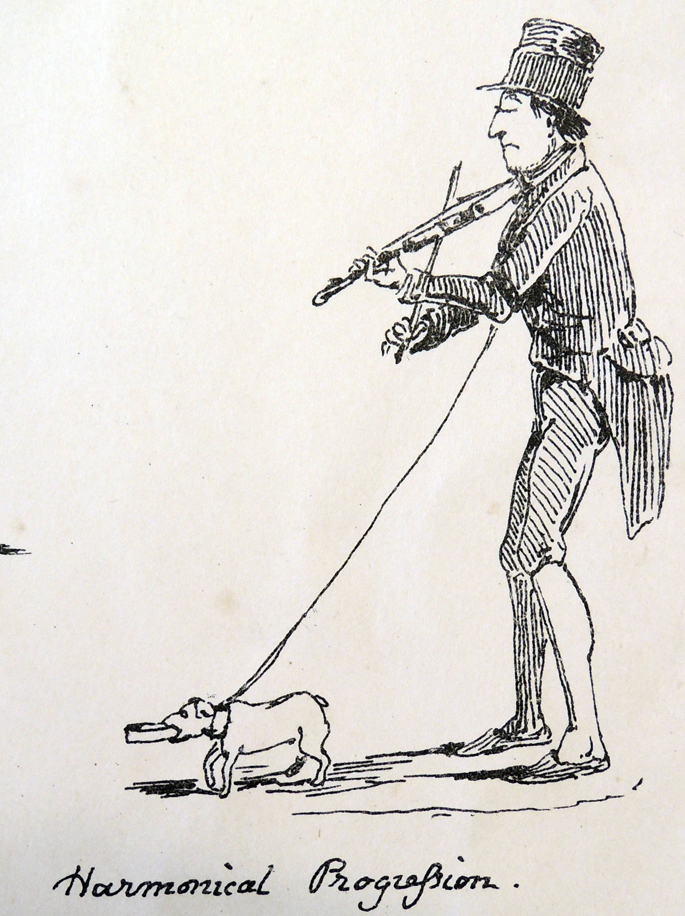 John Roget was the only son of Peter Mark Roget (1779-1869), the lexicographer best known for publishing the Thesaurus of English Words and Phrases (Roget’s Thesaurus) in 1852. Although John trained for the bar and worked together with his father on editions of the Thesaurus, his aptitude for painting and drawing was the primary focus of his life.

He become the Historian of the Royal Society of Painters and Watercolours and published several volumes of humorous sketches with academic puns. Two of these have recently been acquired by the Graphic Arts Collection.

Roget was joined in these publications by the very young Arthur George Witherby, a journalist, editor and part-time caricaturist who used the pen name W.A.G. and later drew for Vanity Fair. 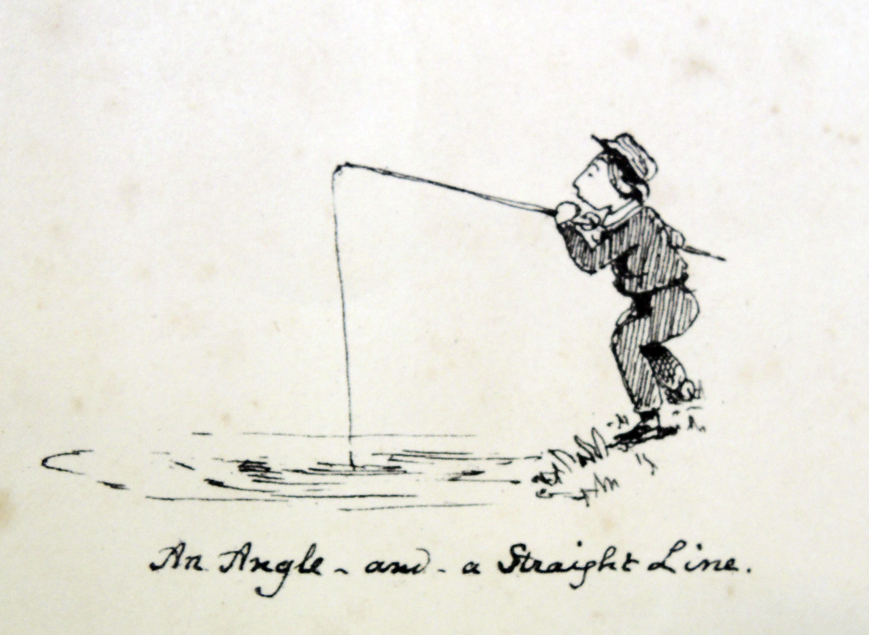 Beyond the sketches themselves, these volumes present some of the earliest examples of anastastic printing, a technique often used to reproduce drawings and fine art etchings. By the mid-19th century, Rudolph Ackermann and many British publishers had their illustrative plates printed by Rudolph Appel & Company’s Anastastic Press in Ipswich. 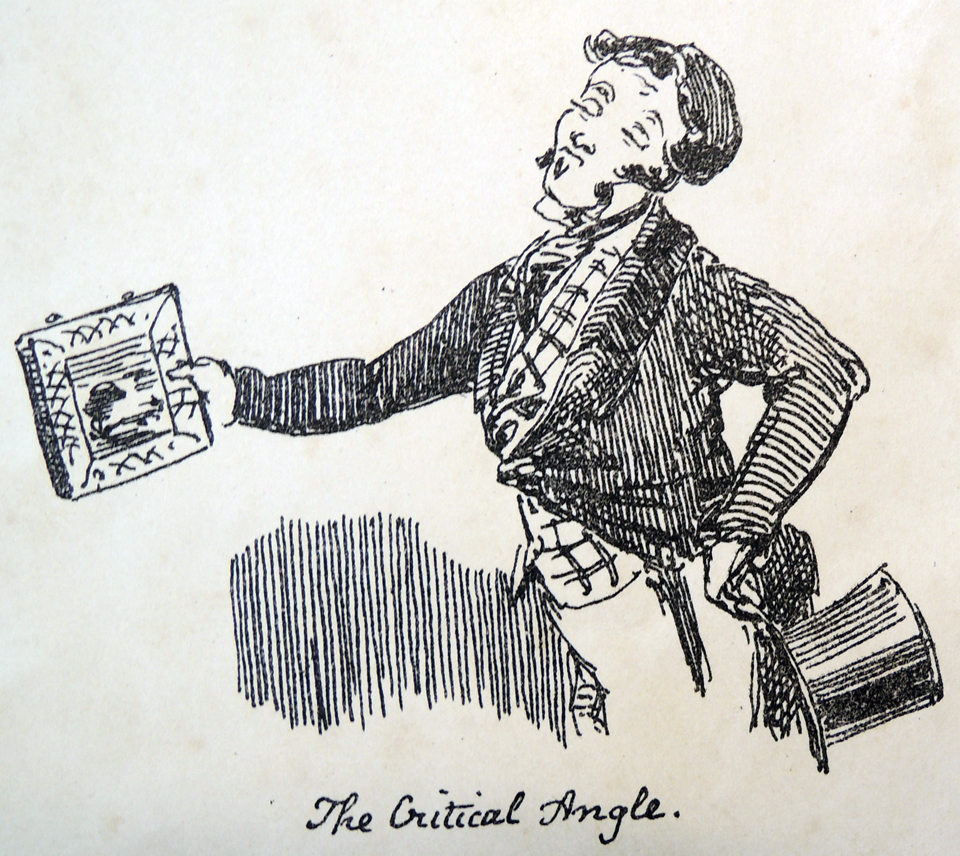 This was a metal (usually zinc) relief process probably developed by Charles d’Aiguebelle who earned a silver medal at the Exposition of 1834 for his “transports sur pierre d’impression anciennes.” 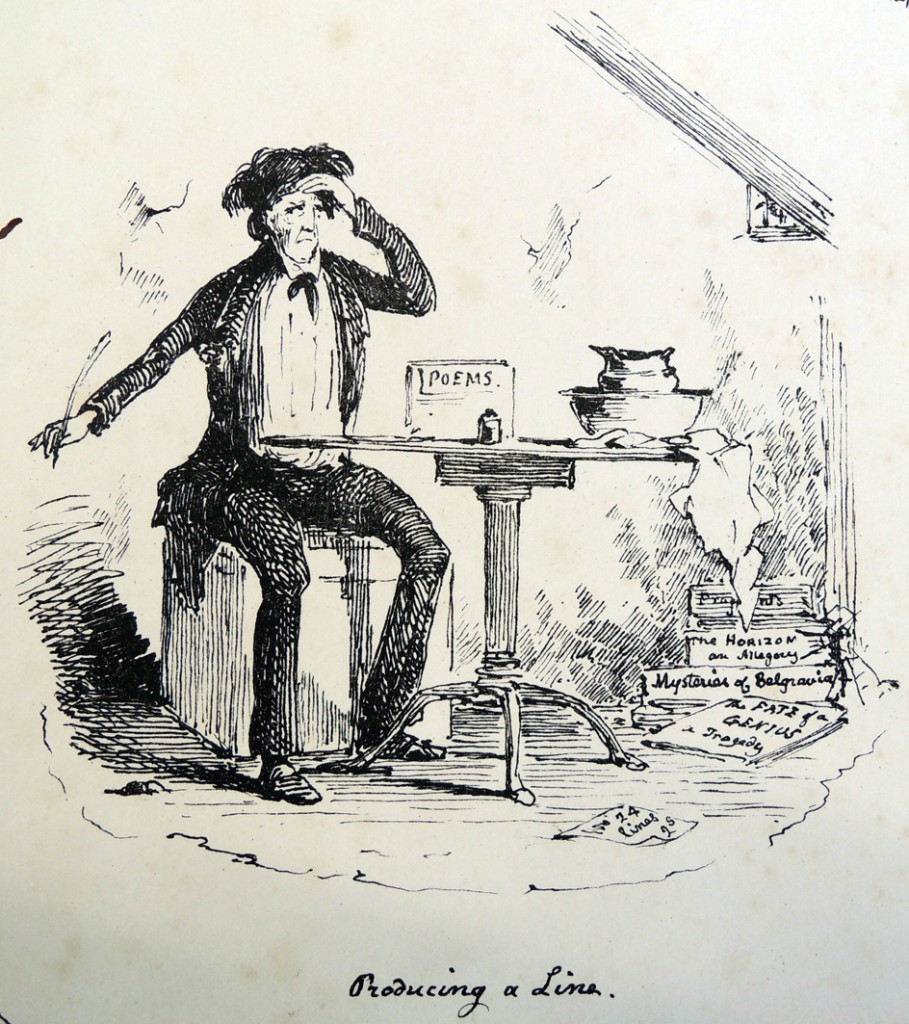 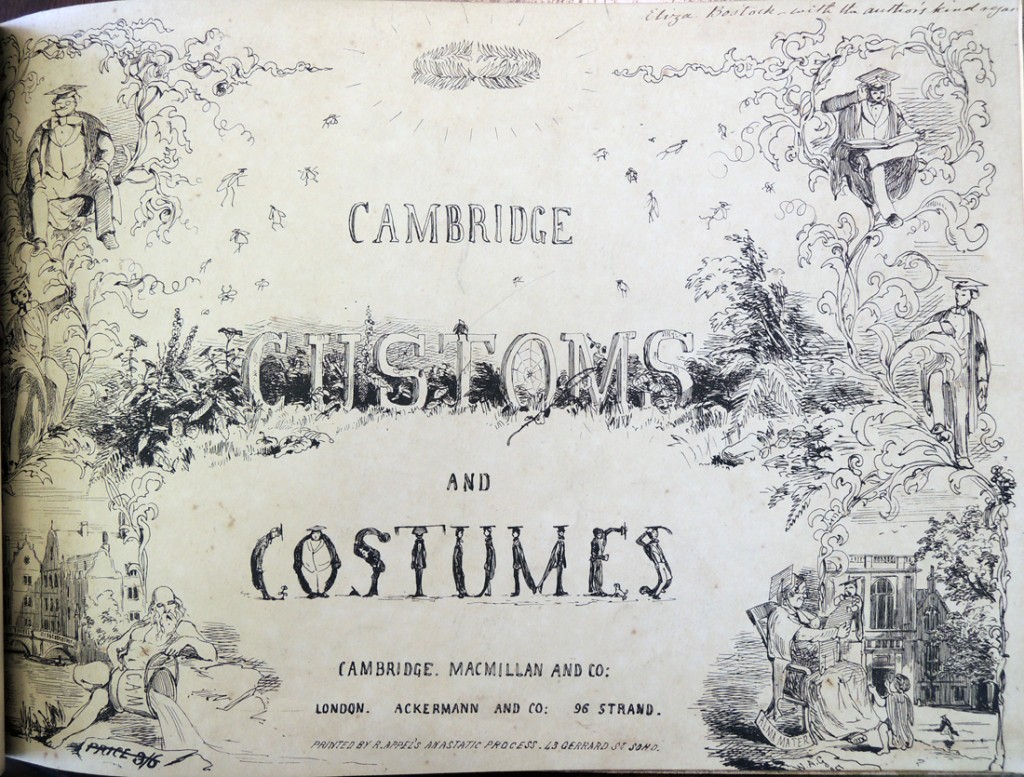