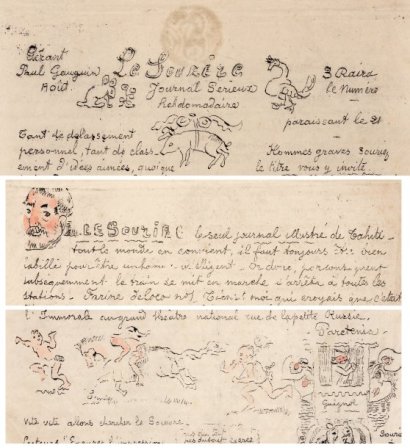 Inside Starr Figura’s marvelous exhibition Gauguin: Metamorphoses at the Museum of Modern Art, visitors can see three issues of Paul Gauguin’s newspaper Sourire. As the curator tells us, the artist wrote, drew, printed, and published nine issues near the end of his stay in Tahiti. 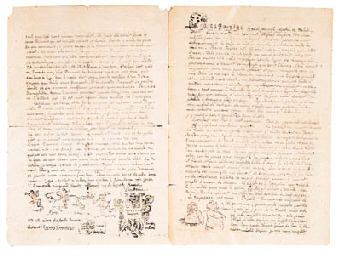 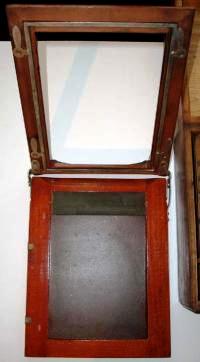 To reproduce the handwritten sheets, Gauguin used one of the newest printing devices, all the rage in Paris and New York: Thomas Edison’s mimeograph machine.

In 1876, Thomas A. Edison (1847-1931) filed a United States patent for autographic printing by means of an electric pen. A second patent further developed his system to “prepare autographic stencils for printing.”

Albert Blake Dick (1856-1934) licensed the patent and began manufacturing equipment to make stencils for the reproduction of hand-written text. In 1887, the A.B. Dick Company released the model “0” flatbed duplicator selling for $12. It was an immediate success. Dick named the machine The Edison Mimeograph. 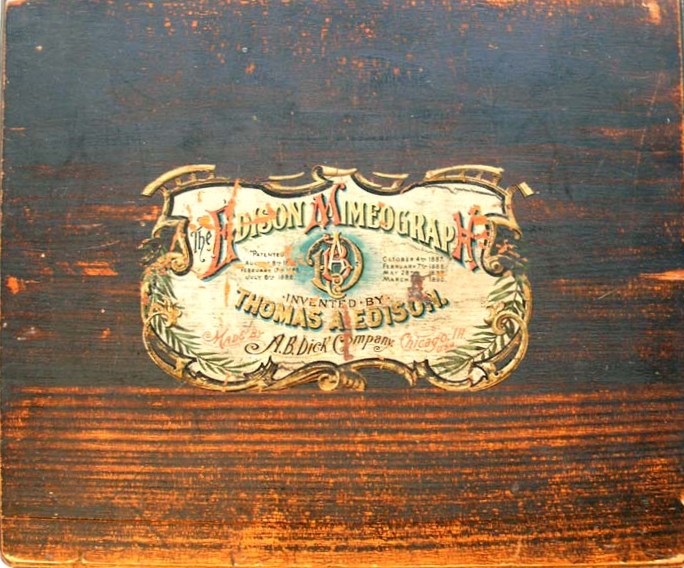 It is model “0” that we hold in the graphic arts collection, including the original box, a printing frame (missing the screen), inking plate, ink roller, a tube of ink, and a tube of waxed wrapping paper. One container is empty, perhaps for a stylus and/or other writing tools.