The wonderful American artist Henry Martin and David Reeves (1926-2012) were both members of Princeton University’s class of 1948. Their friendship continued long after, both living in or close to Princeton most of their lives. Lucky for David, he would get occasional cards and notes from his friend with amazing illustrations. Lucky for graphic arts, Reeves generously donated his collection of Martin’s drawings to the graphic arts collection in 2011. 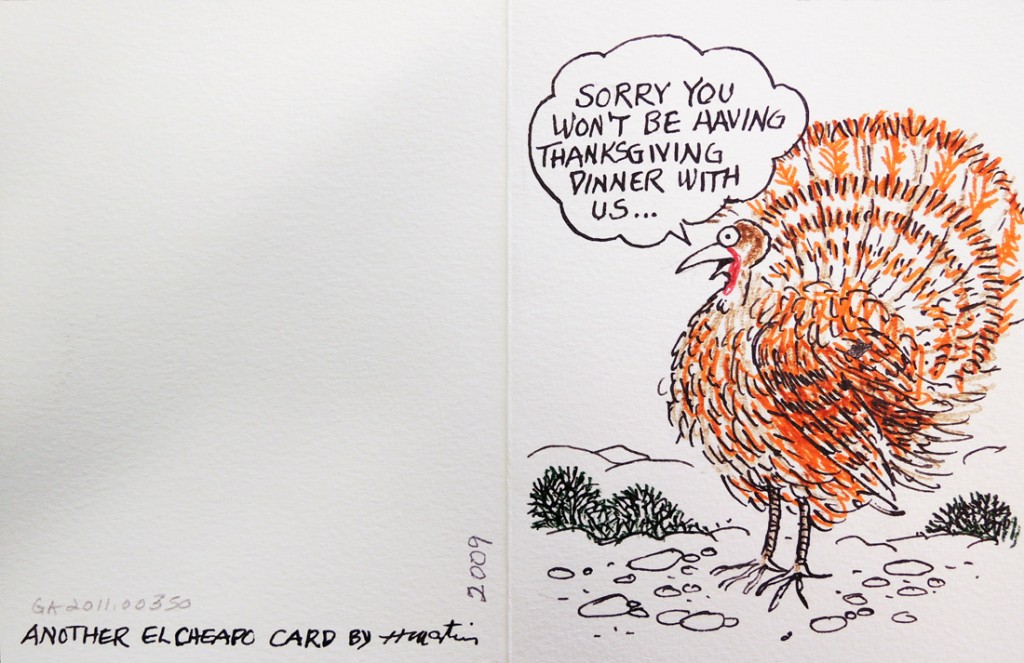 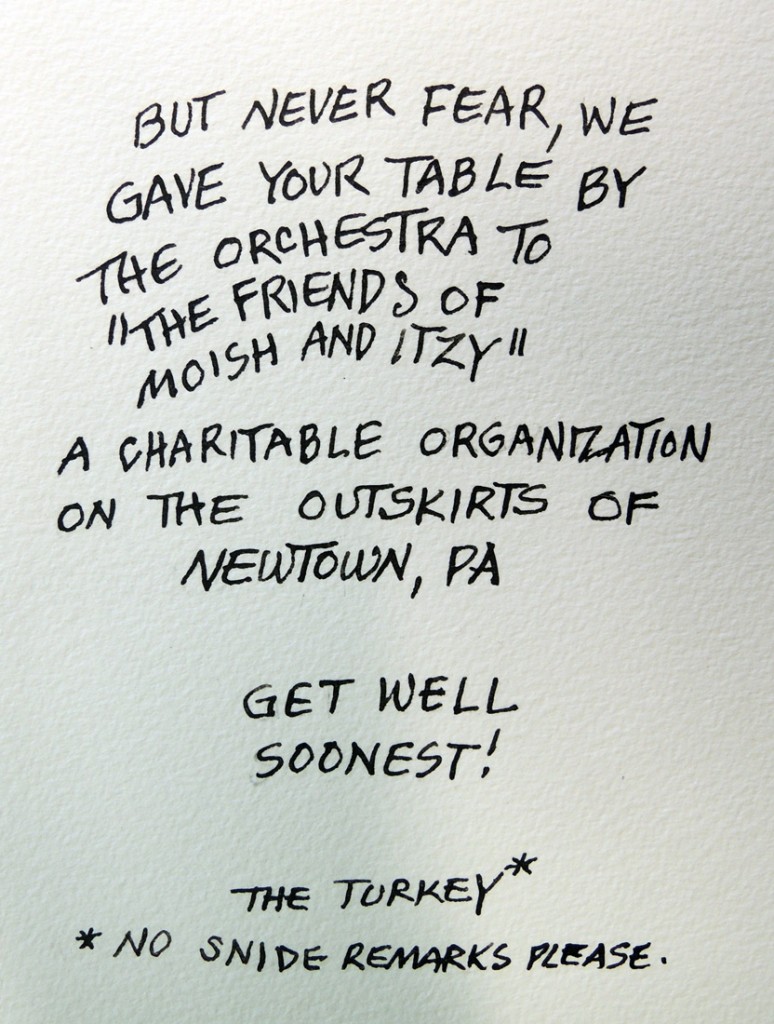 The painter and illustrator Norman Rockwell (1894-1978) also liked to write personal notes to friends. This card is addressed to Alfred Pach but it is unclear whether that refers to the brother or the nephew of collector Walter Pach (1883-1958). 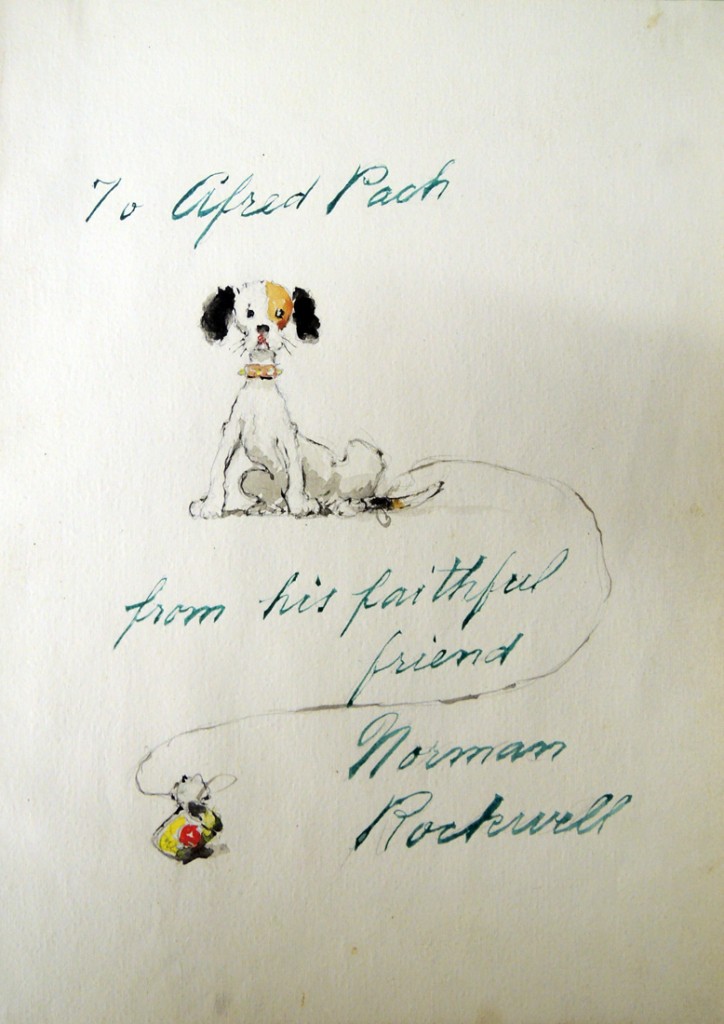