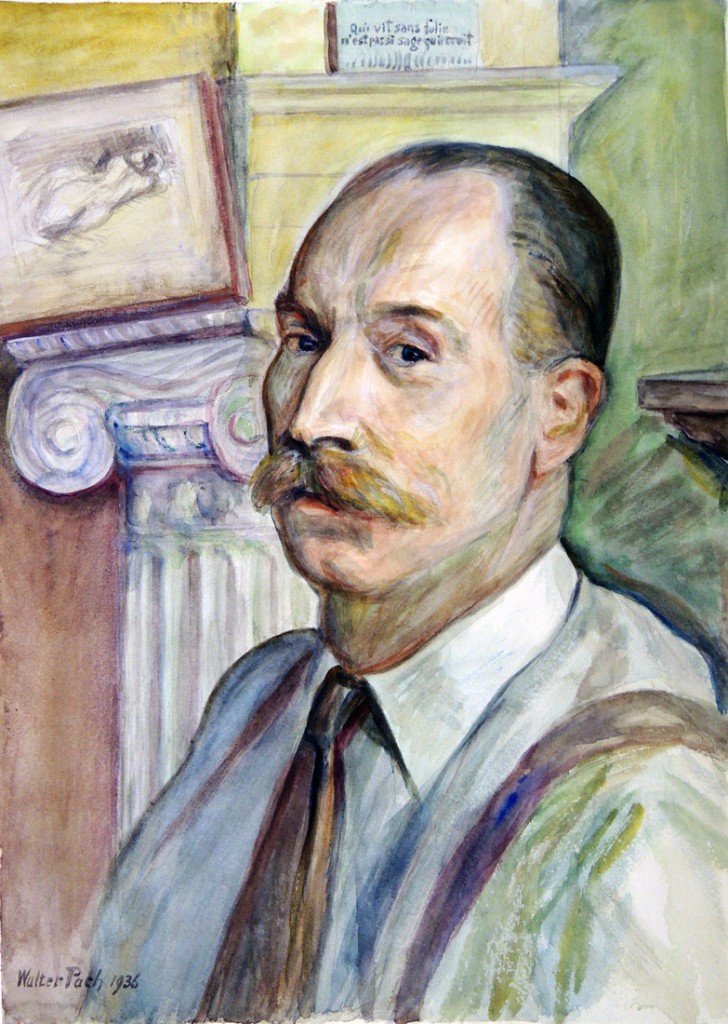 This self-portrait by Walter Pach (1883-1958) includes the quote, “Qui vit sans folie n’est pas si sage qu’il croit” (Who lives without folly is not as wise as he thinks) by the French writer François de La Rochefoucauld (1613-1680). It is a reminder that the American painter was fluent not only in French but also in German and Spanish, and held a college degree in art history, which set him apart from most of his contemporaries.

Pach’s father was a photographer but the young man chose instead to study painting, first under Robert Henri in New York and abroad with William Merritt Chase. His familiarity with European artists and dealers led to his seminal role in the development and hanging of the 1913 Armory Show. In fact, his notebook recording the sales of the exhibition remains one of the greatest artifacts from that time: http://www.aaa.si.edu/collections/viewer/walter-pach-notebook-recording-sales-new-york-armory-show-14188/39060.

Pach’s writing and collecting eventual overshadowed the artist’s own work. Not surprisingly, the Graphic Arts Collection has only this one drawing and five additional prints.