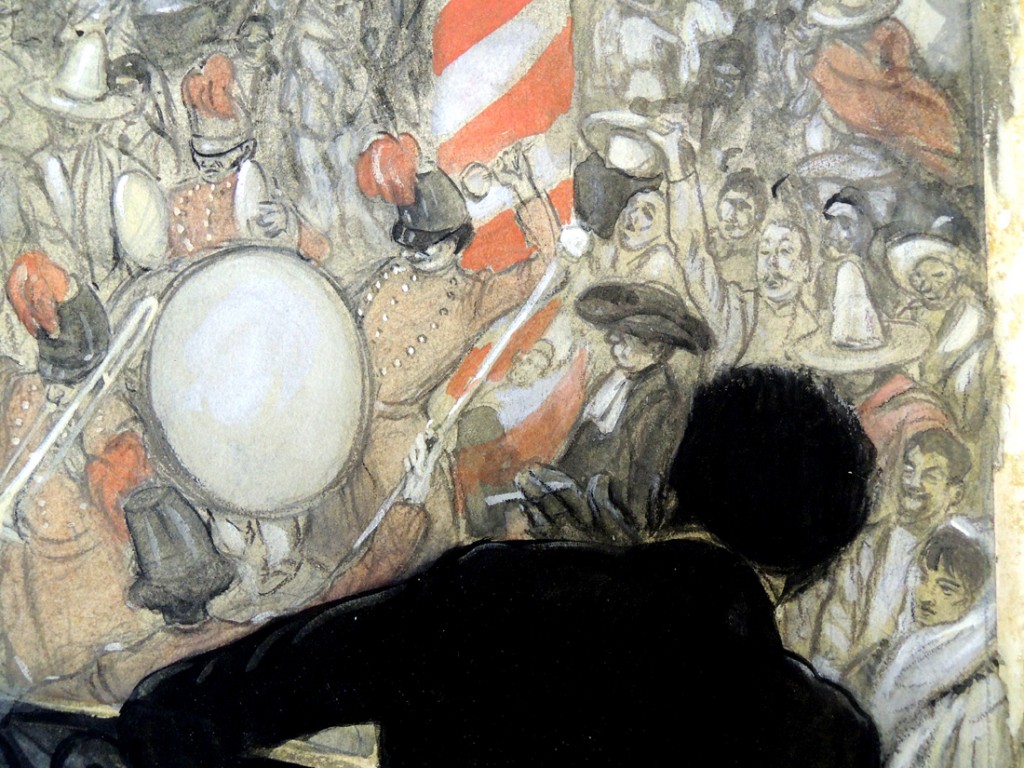 Author Arthur Willis Colton (1868-1943) wrote short stories for Scribner’s Magazine and other literary journals in the late 19th century. Many involved voyages to the Far East, Africa, or other exotic locations. The Portate Ultimatum is no exception. The graphic arts collection holds only one of the five illustrations painted by the great American artist William Glackens for Colton’s story, but it is a good one. 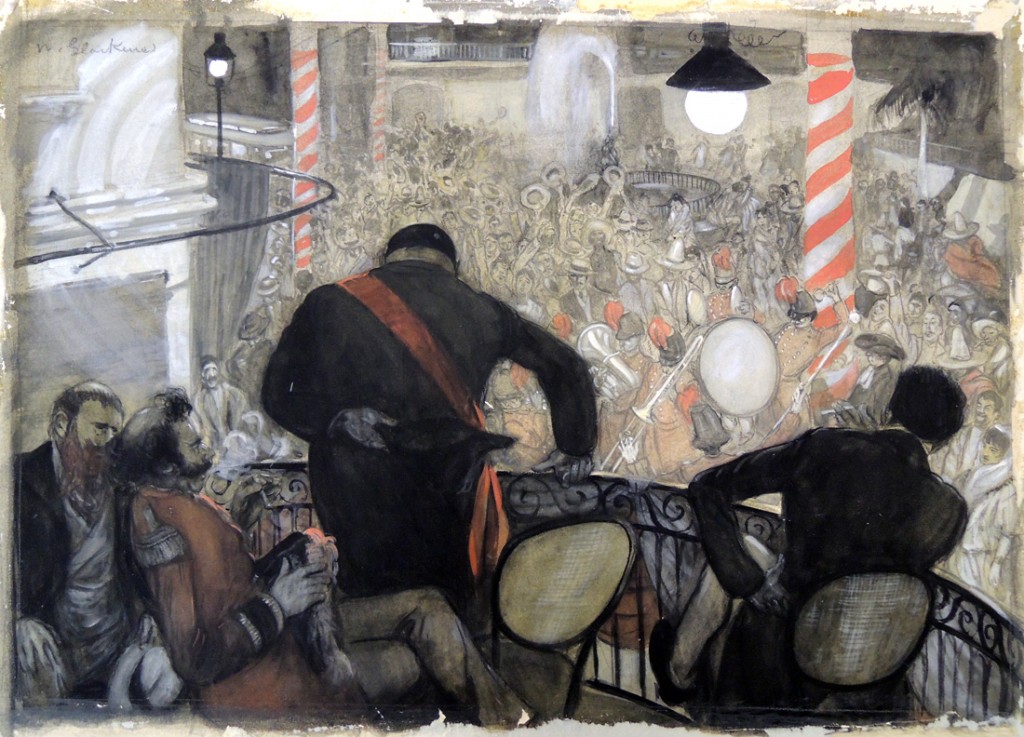 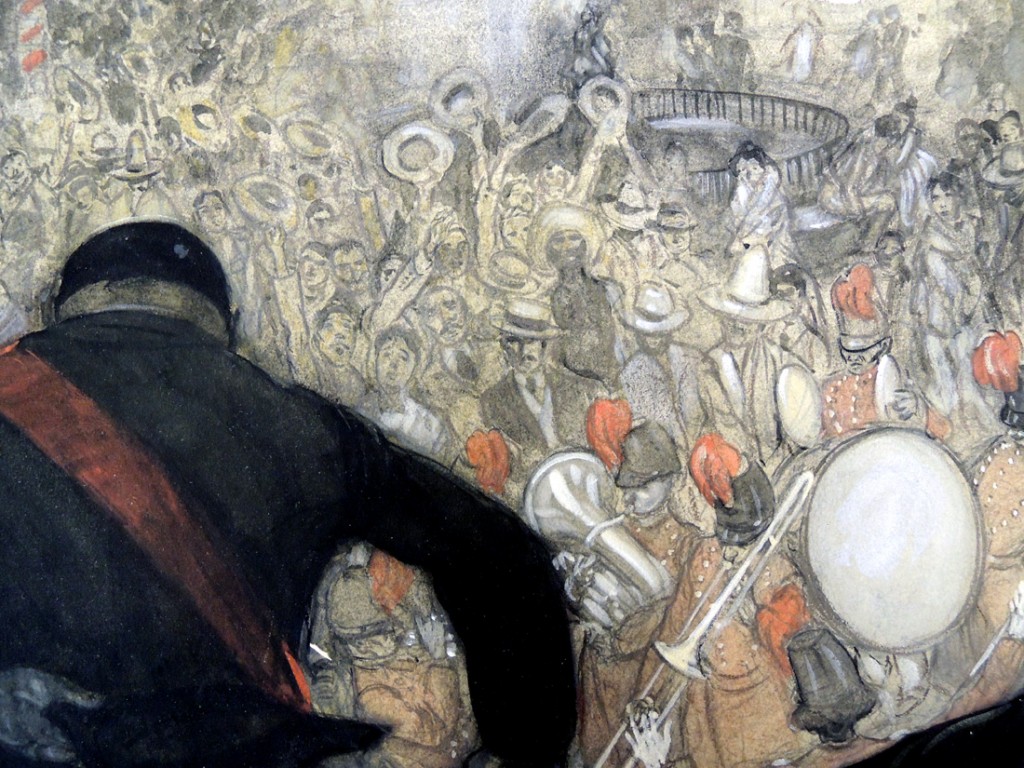 Here is a brief section from Colton’s story:

“It is a pregnant idea. Ships come into it, mainly from the South Atlantic, carrying mixed crews wearing overalls, some with tropical complexions and little English, some with the rheumatism and a Down-East accent. Erom the end of the wharf one can watch up and down the mob of tugs and crossing ferryboats, long freighters, yachts, tiny catboats, and dignified trans-Atlantic steamers that glide up the bay conscious of their caste and position in the world of the sea. It was a warm spring afternoon. Caddy, the wharf-master, sat on a pile of crates in a kind of false idleness, his eye going here and there. The rest of us practised an idleness that was more genuine, except Stanley, the electrical engineer, whose idleness was dynamic. And about us were the rumbling of drays, the clatter of feet, and the thump of baled goods dropped on the planking. A newcome ship, with patched sails and a look of slow decay, was tied to the clustered piles.

“Leather, Bahia,” said the wharf-master. “I’d like to tan the man that tanned it. That’s a smoky lot of stuff,” he called to the captain, going by.

“Smoke!” said the captain, gloomily. “We’re a humpin’ censer, we are. You can smell us all up the coast. But what can you do?”

“Sacrifice the consignor to the gods of the Atlantic,” said the engineer.

It was too mythical for the captain, and he went away with his melancholy.

“I lived in South America once,” said Portate they run over more alligators than cars, and they do say that creepers grow over the tracks between trains, but I never saw it. And in the city of Portate there are wharves, which float off down the river in freshets, and have to be pursued and picked out with difficulty from among the hundreds of little sea islands, and brought back in disgrace. They have a trolley line that goes from the wharves to the Plaza and then visiting about town; and telephones, and electric lights, which are the pride of the enlightened, but some of the others think they are run by connection with that pit of the sinful about which Padre Raphael is an authority.”