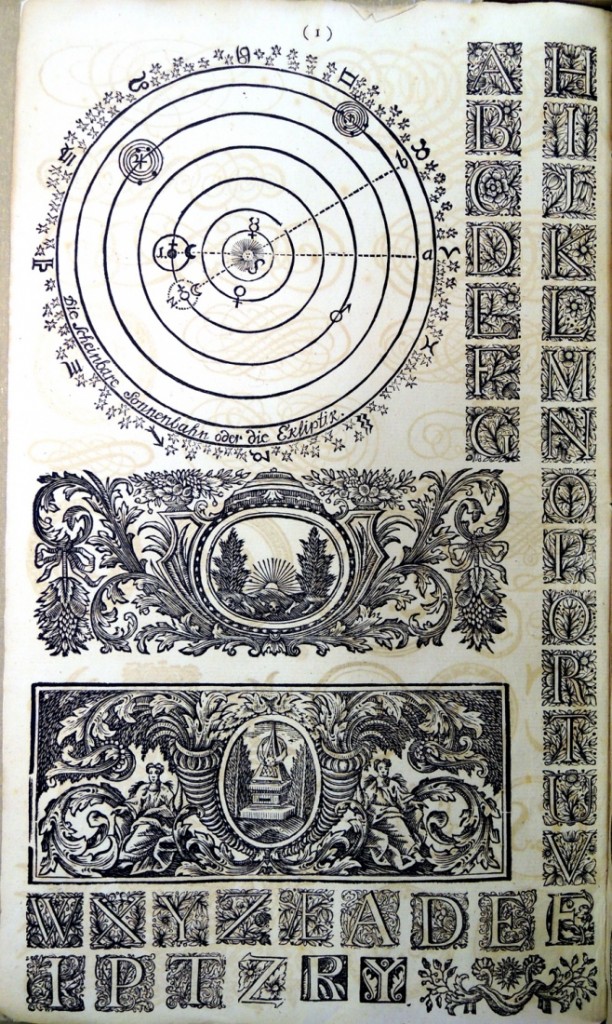 This remarkable printer’s sample book displays a wide and varied stock of woodcuts from the Reyher Printing House, founded in the seventeenth century by the German educator and scholar Andreas Reyher (1601-1673). The blocks shown include decorated and historiated fraktur alphabets, cartouches, scientific diagrams and illustrations, series of religious and vernacular scenes, astronomy, coats of arms, and an enormous number of vignettes. There is no record of another Reyher album in the United States and only two in Europe, held in German libraries.

The volume gives a particularly good overview of the range of woodcuts that would have available to a printer, showing the opportunities as well as the restrictions in his design choices. Most of the woodcuts appear to be from the seventeenth-eighteenth century, however some probably date to the late sixteenth century. It also demonstrates the continued importance of woodcut decoration into the nineteenth century. 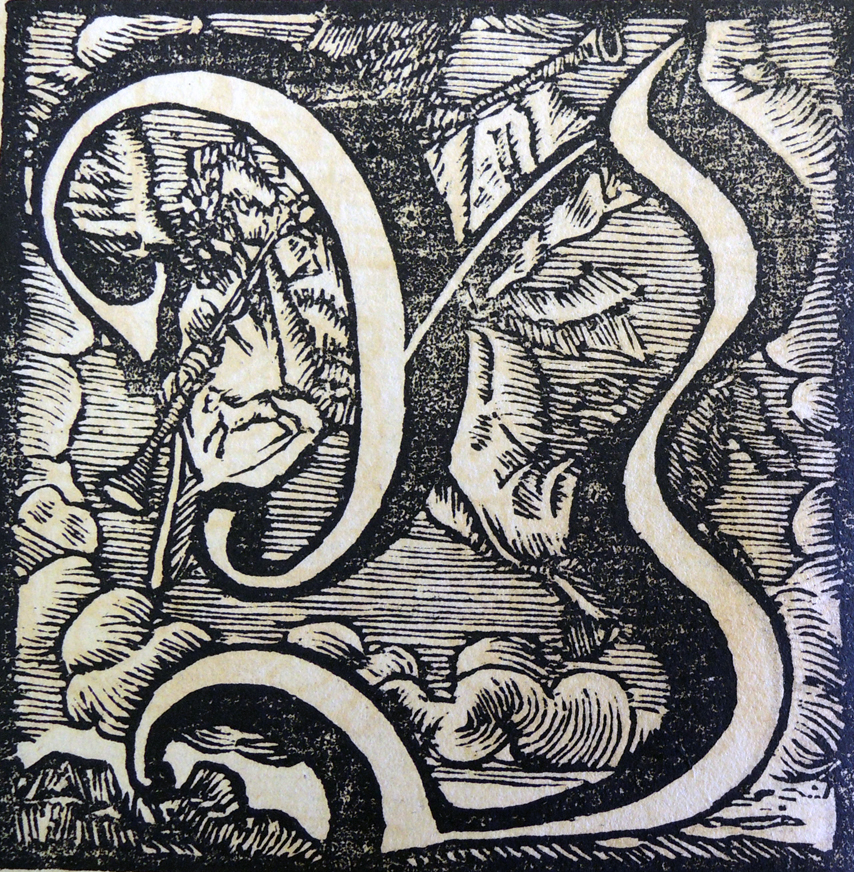 “The Reyher press has a fascinating place in history for its influence on the new theories of education expressed by its owner which were based on the educational precepts of Comenius and Ratke, modernizing and restructuring century old school plans. Andreas Reyher had studied theology and philosophy in Leipzig. He later served as rector of the gymnasium at Schleusingen and from 1641 held the same position at Gotha. Reyher viewed a printing house as an important tool in expressing his views and took over the shop of Peter Schmidt (active 1640-1644) when it became available. Reyher wrote and edited numerous texts in a wide variety of fields including languages (Hebrew, Greek and Latin), grammar, mathematics, logic, and theology. The firm remained in business up till modern times.”–Roger Gaskell 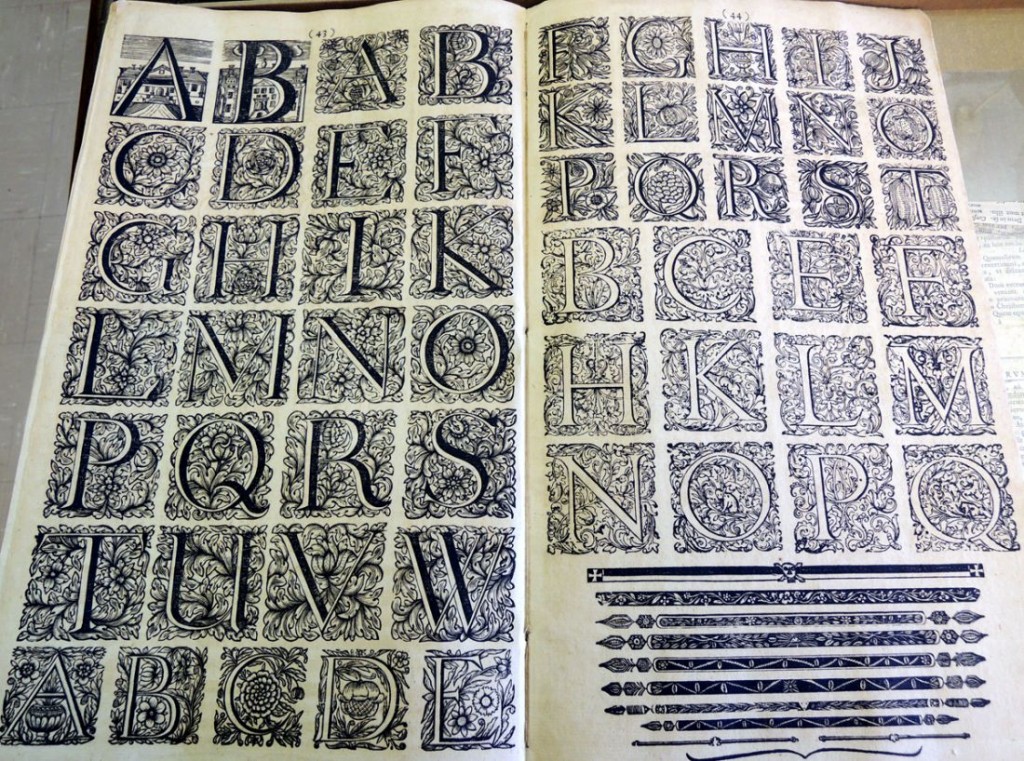 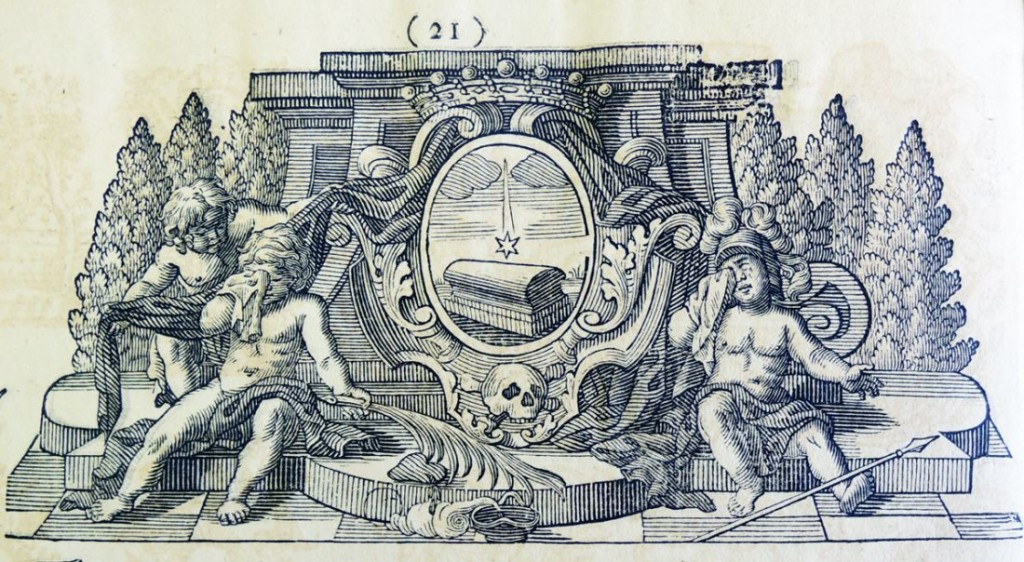