When Princeton University Library received the wonderful donation of over two dozen paintings and drawings by Cleveland artist William Sommer (1867-1949), several staff members immediately fell in love. Various prints and watercolors were distributed to offices within the library, where they remained for almost thirty years.

Happily, we have learned a great deal about the damage light can do to works on paper, watercolor in particular, and we have removed the originals from permanent display. Unhappily, for this particular watercolor by Sommer, it was not quite soon enough. A facsimile has been created to hang in its place, cleaning up the years of darkening caused by over-exposure to light. The original, on the left, will be housed in a cool, dark drawer to preserve what is left for future generation.

Sincere thanks to all the staff members who participated in this transfer and rehanging. 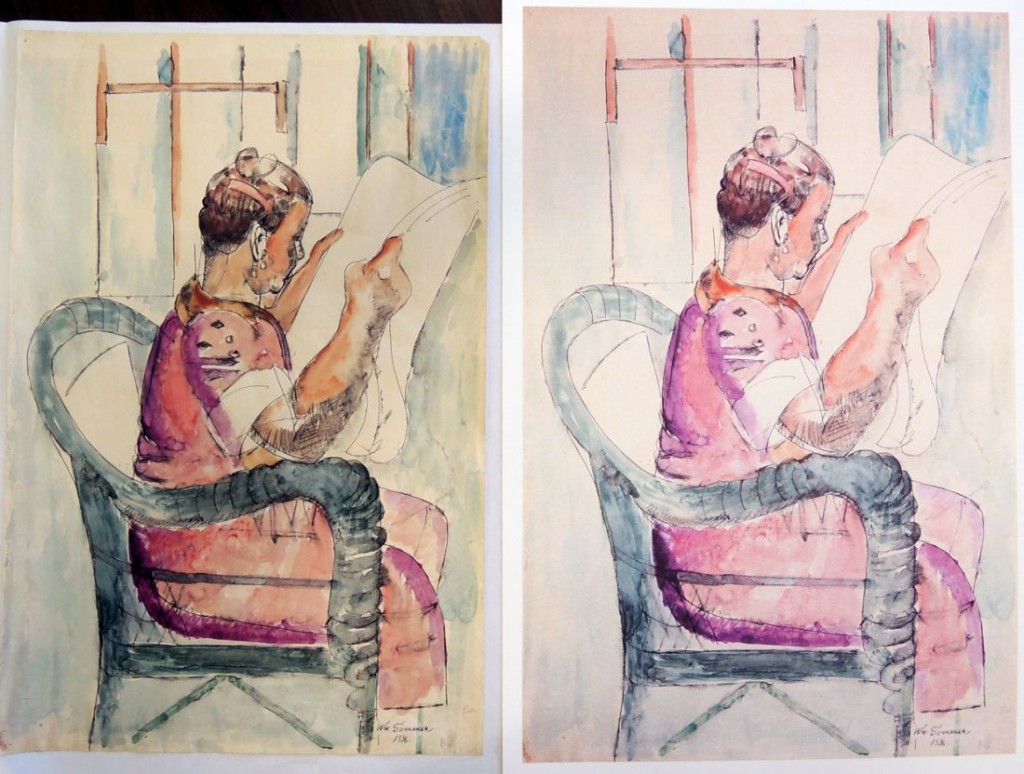