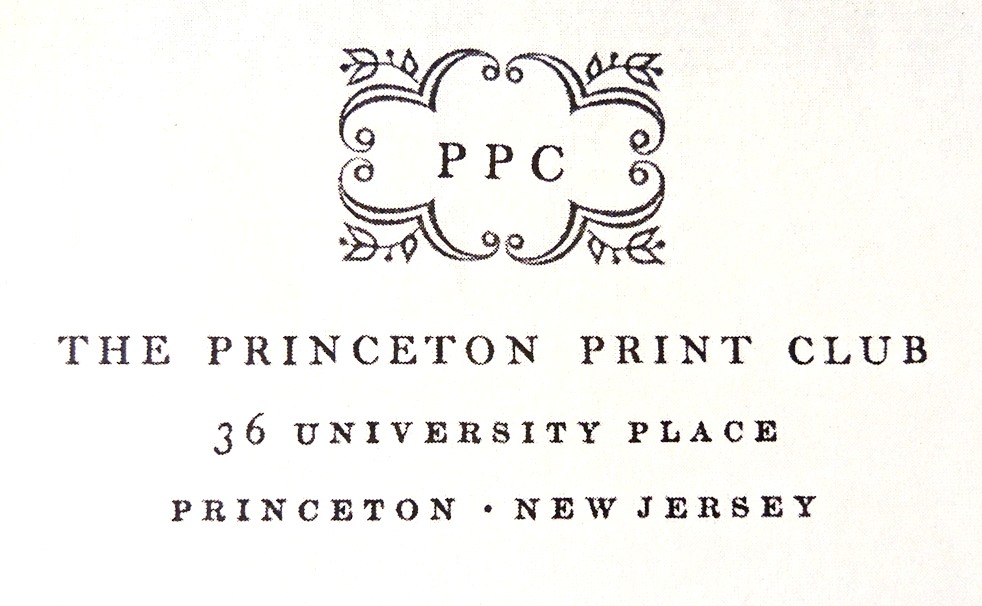 Each year from 1941 to 1952, the Princeton Print Club commissioned a print by a contemporary American artist for their membership. In 1947, T.M. Cleland (1880-1964) was on campus talking about his work and asked the students if he could be considered for the 1949 membership print. Happy to have their first pochoir, the executive committee agreed.

By the next summer, the meticulous (dare I say finicky) artist had not yet begun and wrote to the students that he was afraid he might not meet their deadline. “Would it be feasible,” he proposes, “to commission another man to make a print to be ready by November with the understanding that if mine was finished by that time, the other one would be used the year following?” With most of the student gone for the summer, their supervisor Elmer Adler declined on their behalf. 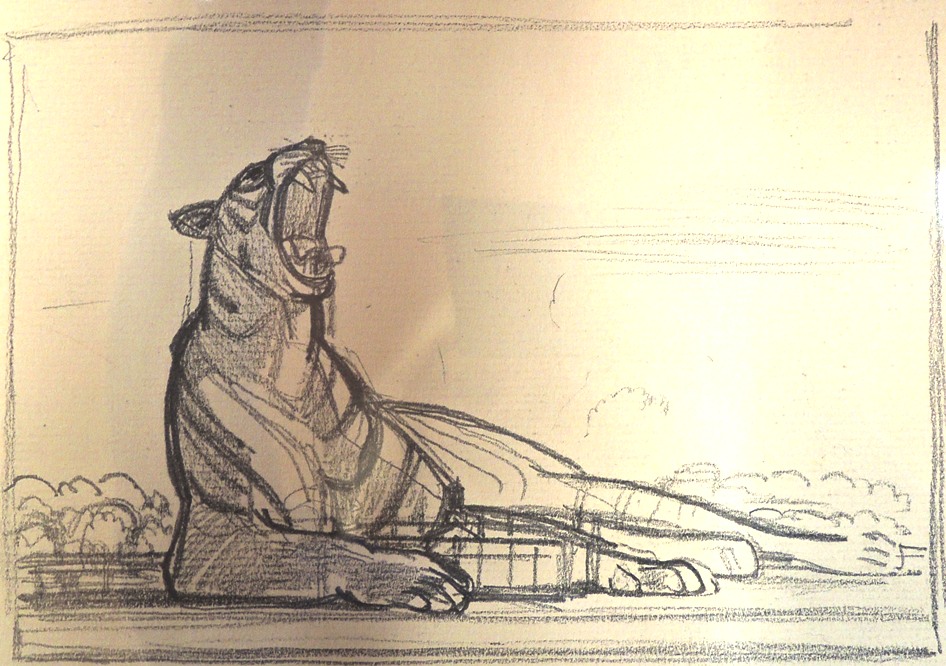 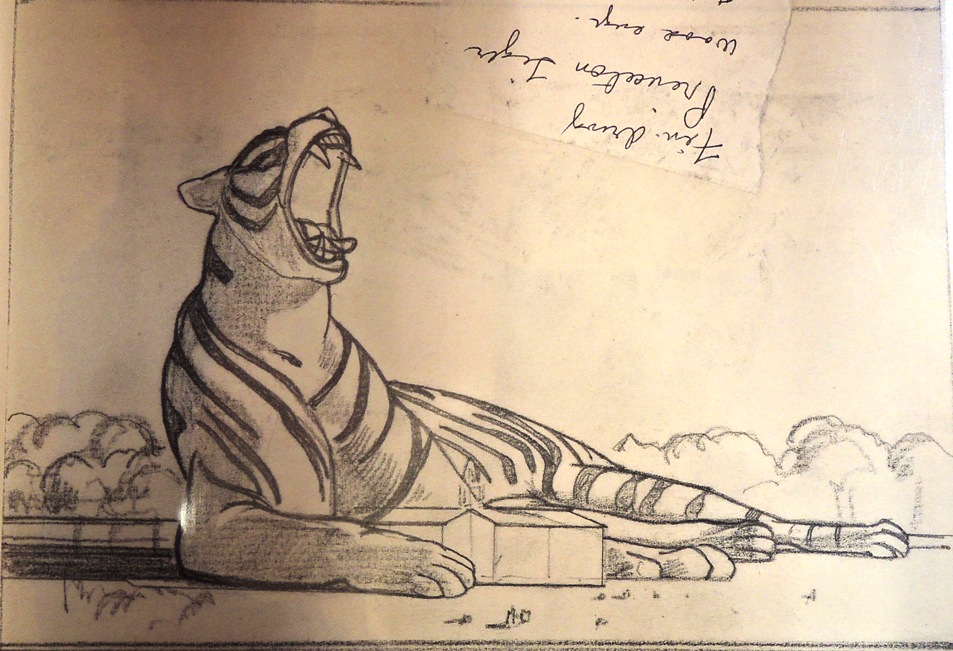 Now desperate for another artist, Adler wrote to his old friend Rockwell Kent (1882-1971) asking if he would undertake to cut a wood engraving for the Club. “Although we were saving you for a special print,” he confided, “it would seem now that you might be the savior.” Kent agreed and sketched some ideas over the fall of 1948, pulling a few preliminary proofs for the students that winter. Kent’s wood engraving, which some historians have called, “Tiger Tiger Burning Bright,” and others simple “The Princeton Tiger,” was a nighttime scene of an enormous roaring tiger cradling Nassau Hall. 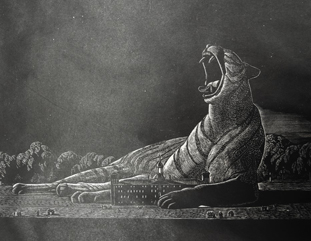 When the students saw Kent’s design, they were unimpressed. The roar of the tiger was taken to be a yawn and the committee was nervous that alumni would not want to purchase the image of a bored Princeton tiger. They decided to ask Kent come up with another idea and sent one of their members, Bates W. Littlehales, Class of 1948, to meet with Kent in person.

Unfortunately, the dates were confused and the meeting never took place, leaving Adler to deliver the bad news through the mail. He tried to explain to Kent that unlike other Print Clubs, no member of Princeton’s Club had to take a print that he didn’t like. “Unfortunately,” he continued, “most of our sales are made to the old guard Princetonians who believe in this place and want to give the best possible impression of Princeton.” Adler asked Kent to make a new print. 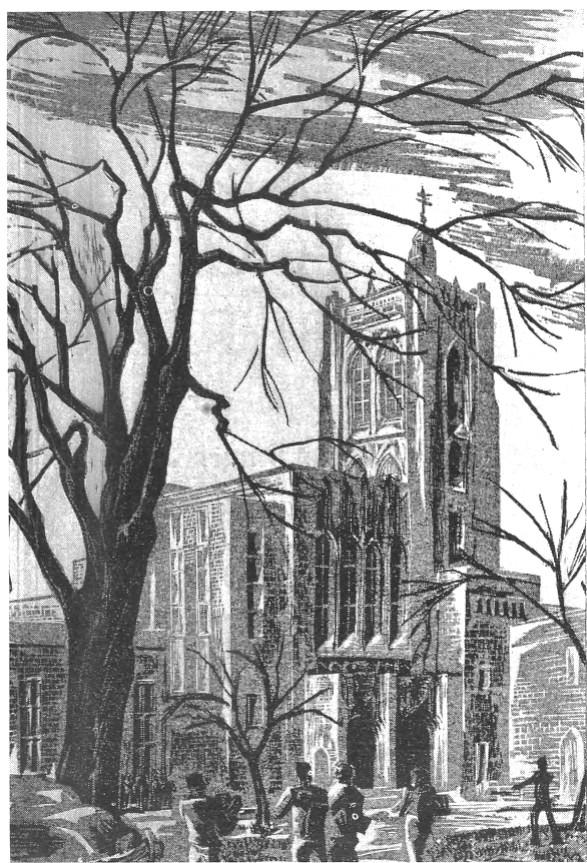 “I am astounded,” replied Kent, who argued that the image had been clearly described months ago. In the end, he donates the many hours he spent working on the block to the Club, as “a token of my grateful appreciation of your steadfast interest in my work.”  He refuses to do more but suggests that “some day I may enlist the interest of some Princeton grad to have me finish the block.” So far, the Princeton tiger has never been editioned.

The Club scrambled to find a third artist to make the membership print for 1949 and was saved by Hans Alexander Mueller (1888-1963), who created one of the most popular prints the Club ever had: “The New Library,” a chiaroscuro woodcut of the recently built Harvey S. Firestone Library, sold for the membership price of $7.50.