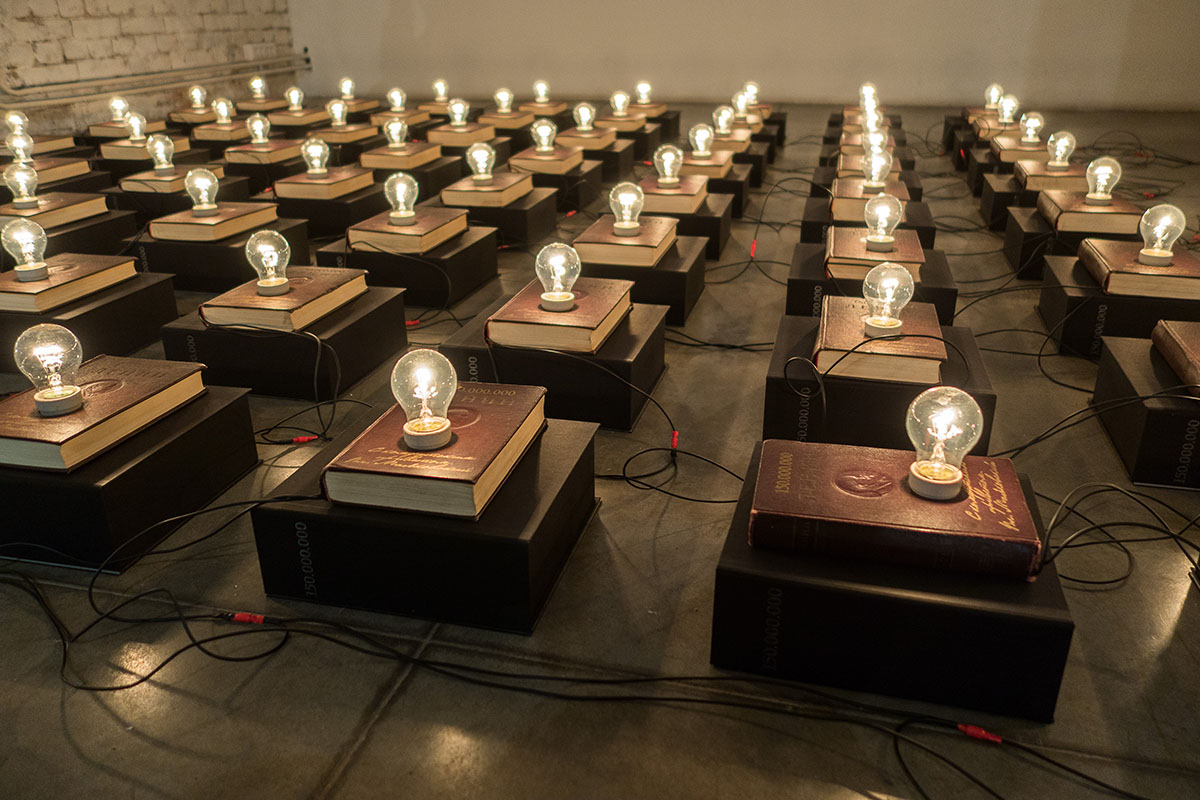 The 2013 publishing and exhibition project Mayakovsky—Manifesto marked the 120th anniversary of the birth of Vladimir Vladimirovich Mayakovsky (1893-1930). Produced by the State V.V. Mayakovsky Museum and curator Mikhail Karasik, the exhibit was presented at the PROUN gallery in the Vinzavod Centre for Contemporary Art (Moscow) from December 2013 to January 2014. 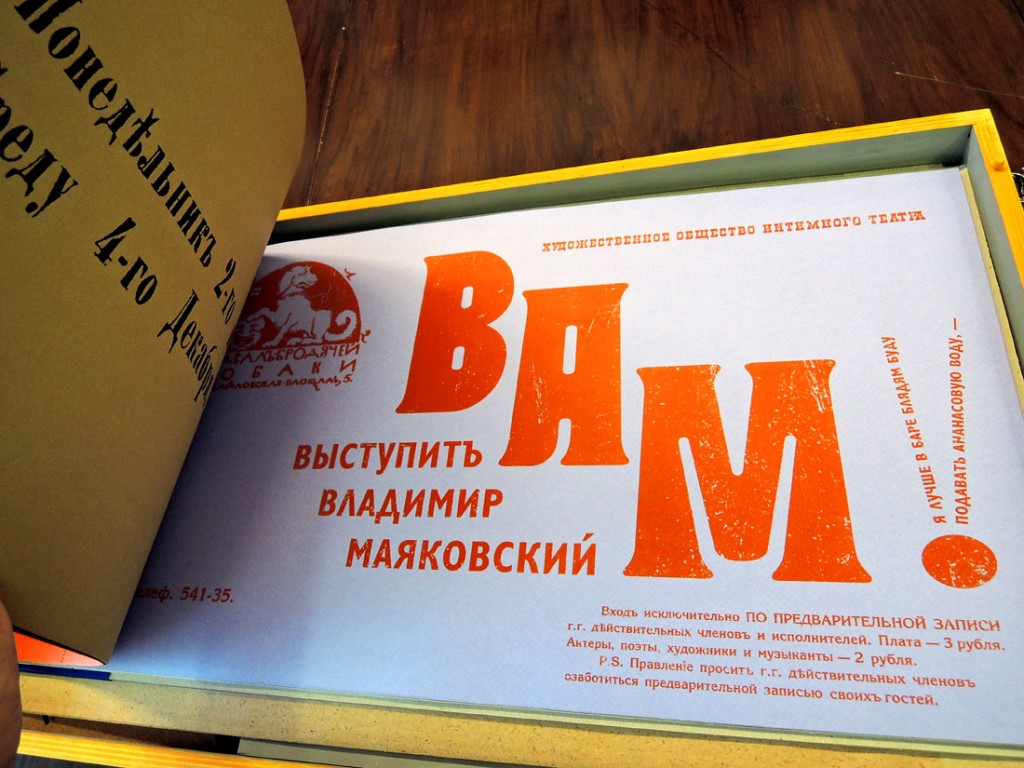 After the show closed, the exhibition was editioned and mounted in large orange boxes holding the 13 works by 13 artists, each a personal homage to Mayakovsky. The project has a print-run of 27 numbered copies (boxes) signed by the artists and Princeton has acquired no. 17. The artists include Stas Bags, Alexander Djikia, Mikhail Karasik, Grigory Katsnelson, Alexander Lavrentyev, Kira Matissen, Ilya Obukhov, Alexei Parygin, Mikhail Pogarsky, Victor Remishevsky, Dmitry Sayenko, Taras Sgibnev, and Vasily Vlasov. 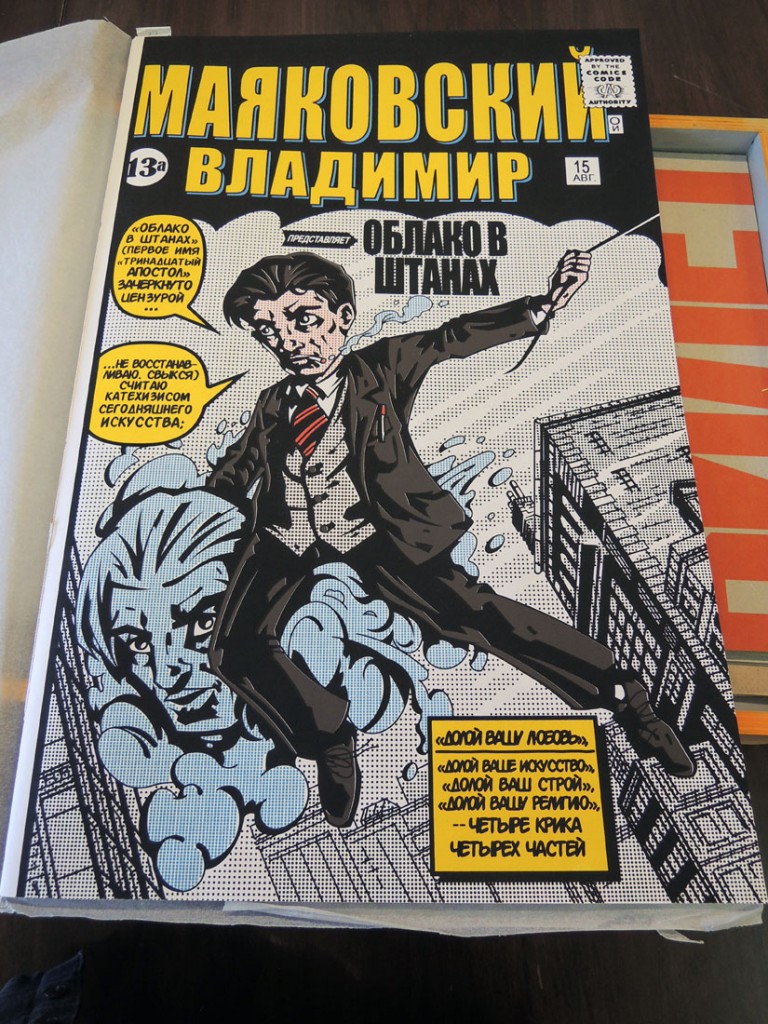 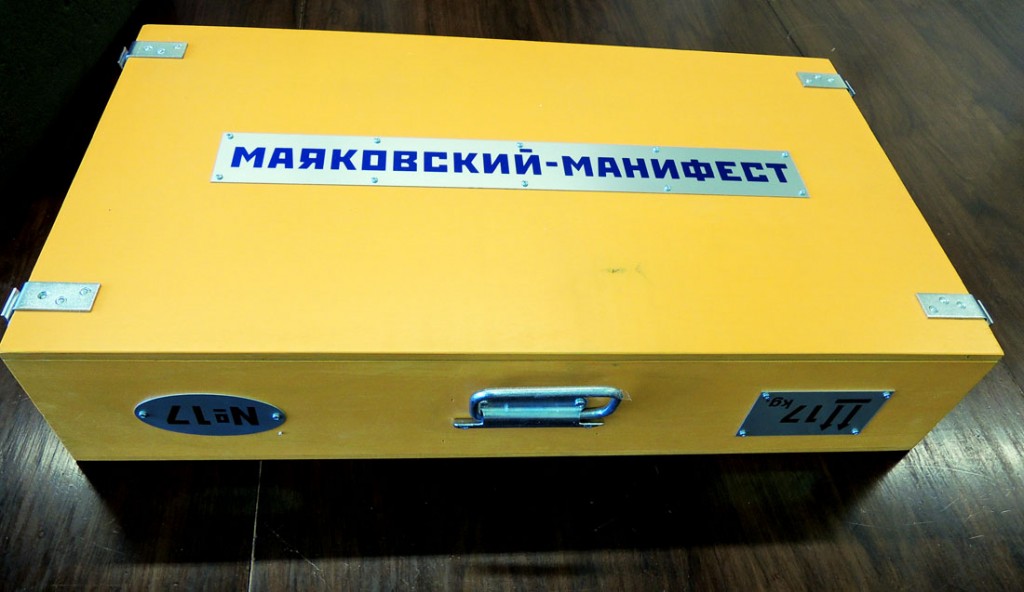 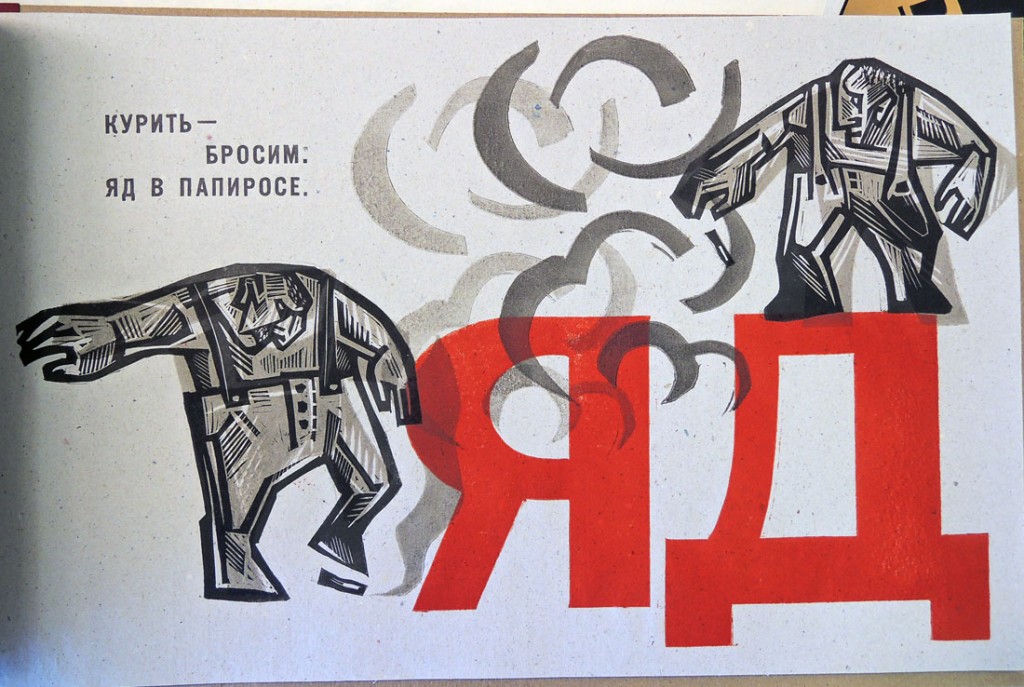 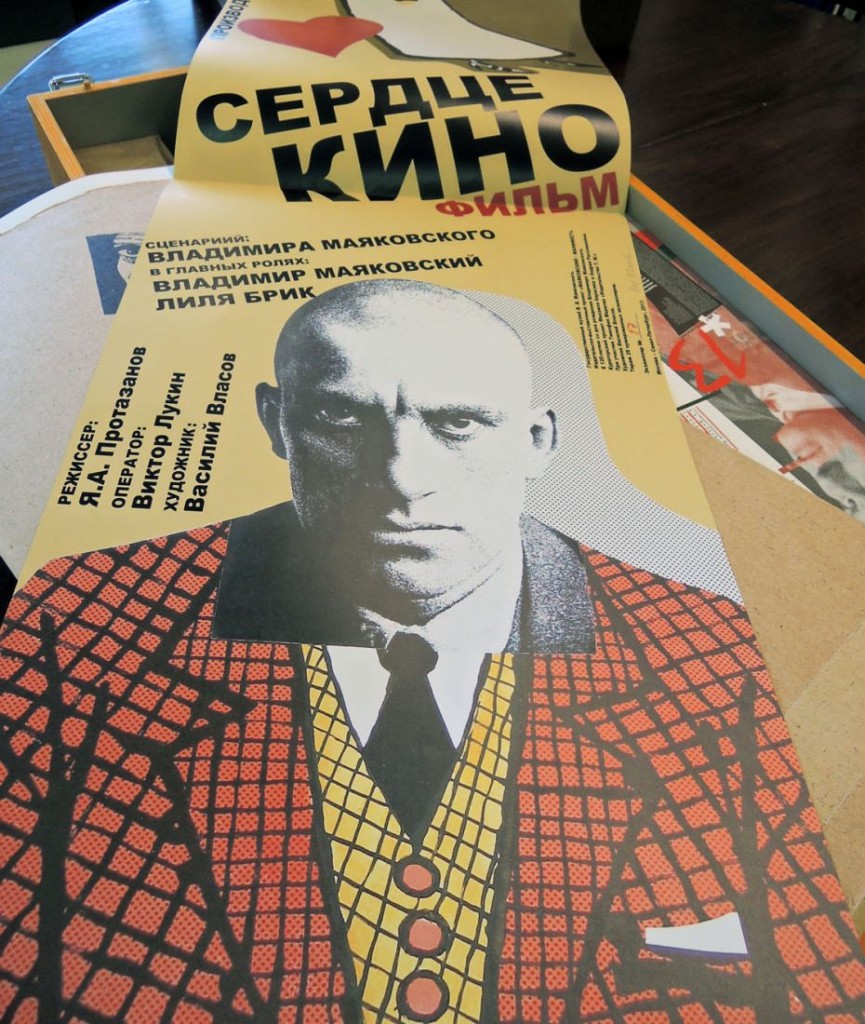 The project website states, “Mikhail Karasik, a St Petersburg artist, graphic designer and book expert, has been a popularizer of this genre for the past quarter century and the present action is a logical continuation of the large-scale project that he carried out a decade ago: in 2003, the authorial publishing house Kharmsizdat produced four striking box books: Russian Dada, Oberiu Box, Literary Constructivism, and The Leningrad Literary Underground.” 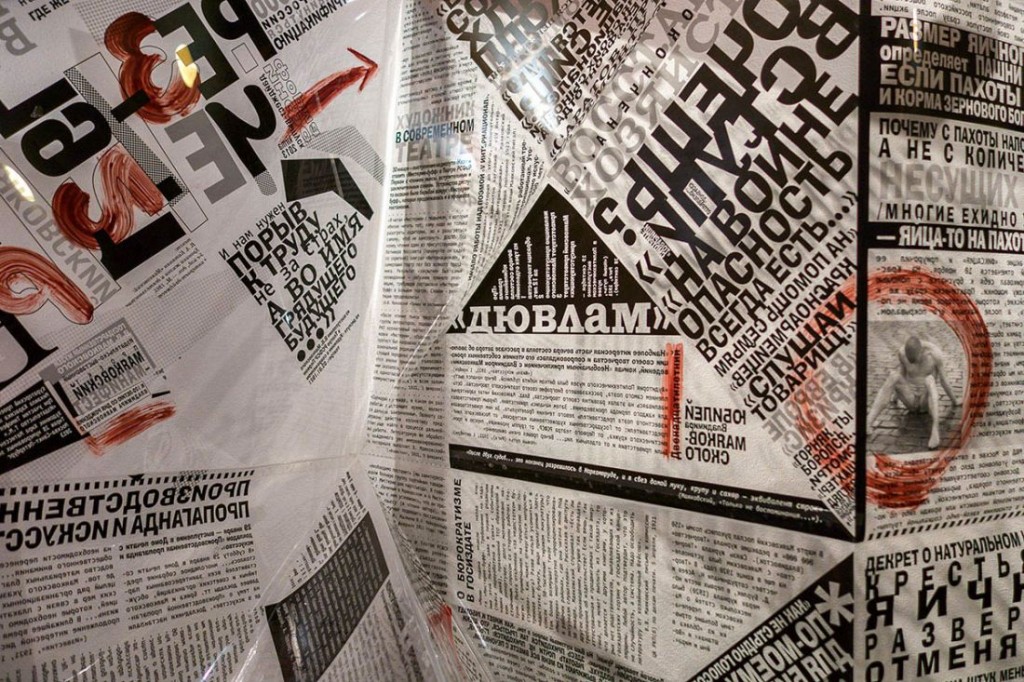 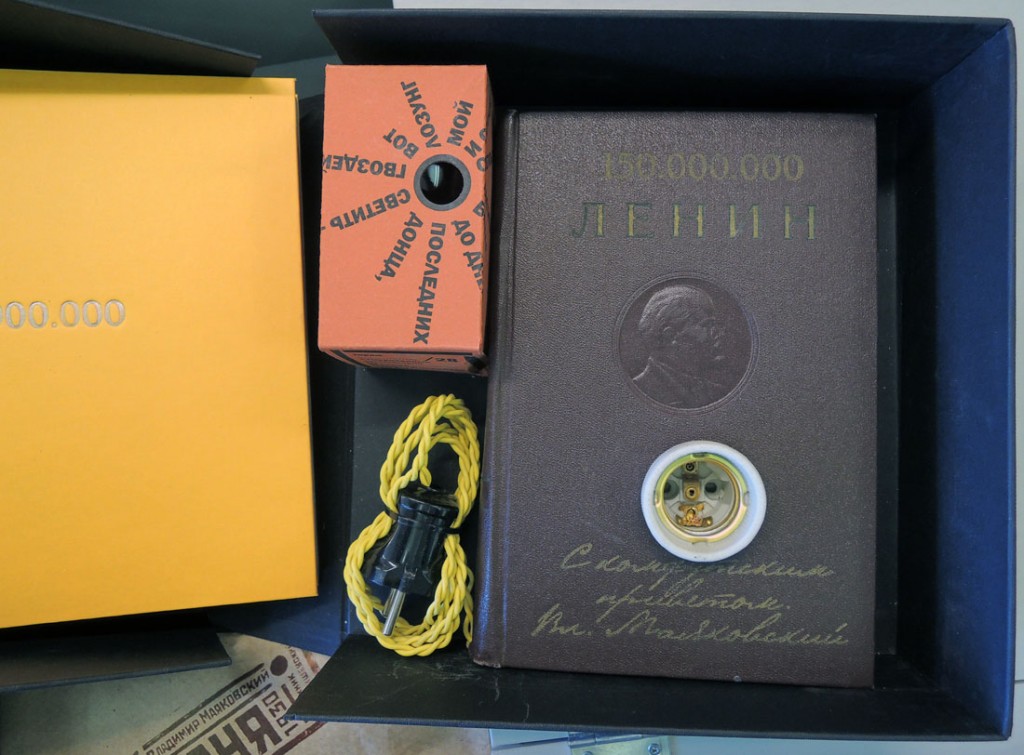