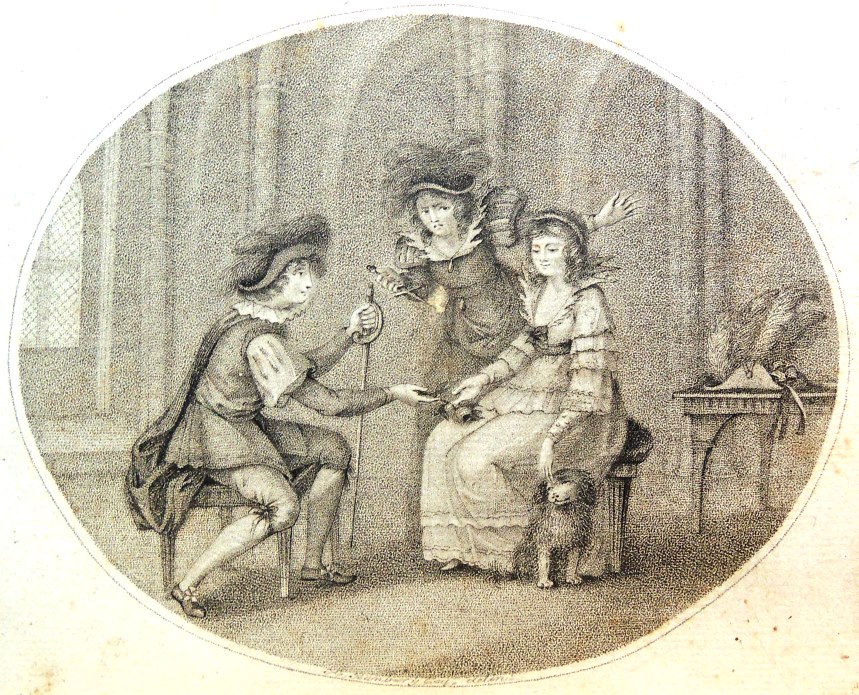 The neo-classical painter Angelica Kauffmann (born Switzerland, 1741-1807), was admired in her day, as much for her beauty as her painting. Her status as an artist was so great that she was included in 1768 as a founding member of the Royal Academy alongside Benjamin West and Paul Sandby. She was, however, not allowed in their life class because of the nude model. 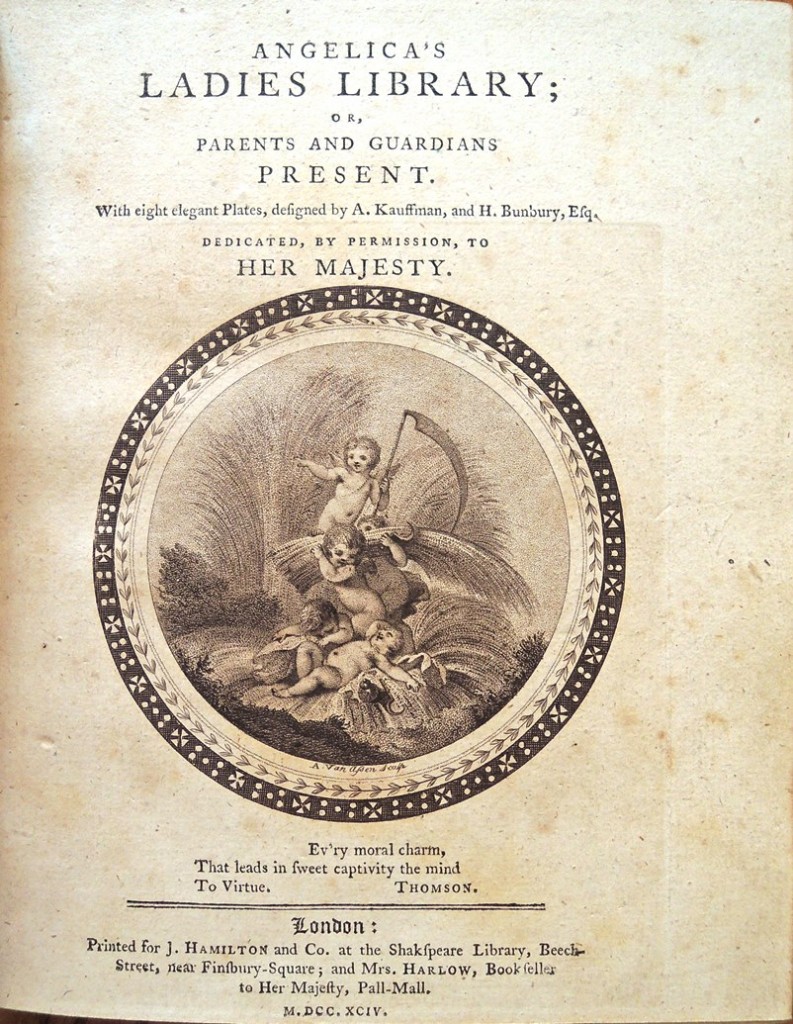 Many of Kauffmann’s designs were engraved and published with various books of poetry or prose, such as this group of stories which includes John Dryden’s Love and Jealousy [Love Triumphant]; and Edward Moore’s Fables of the Female Self. In the present volume, Kauffmann was responsible for two of the designs and Henry William Bunbury (1750-1811) the others. 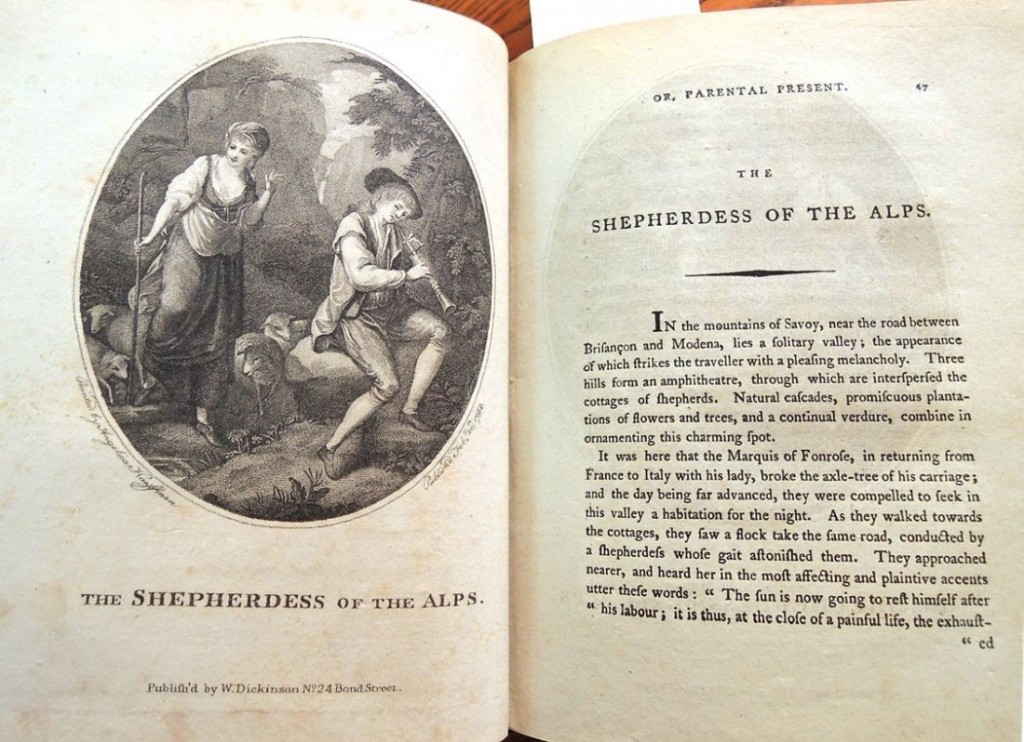 In 1781, George Keate (1729-1797) wrote An Epistle to Angelica Kauffman. In a foreword, he notes (and I believe this is correctly transcribed) “Accidentally discoursing with Angelica, on the Subject of Colours, and making some Inquiry concerning one of them then on her Palette, she informed me that it was prepared from the Gums which envellop the Mummies brought from Egypt; and had, if skilfully used, a very happy Effect in some Parts of Painting.”

“This Circumstance suggested to me the Idea of the following Epistle; which presenting itself with some Air of Novelty, I pursued it with the greater Warmth, from the pleasurable Opportunity it afforded me of doing Justice to so distinguished an Artist, and celebrating the very uncommon Talents, the unaffected Diffidence, and amiable Disposition, which are so happily united in the Character of that Lady to whom this Poem is addressed.” 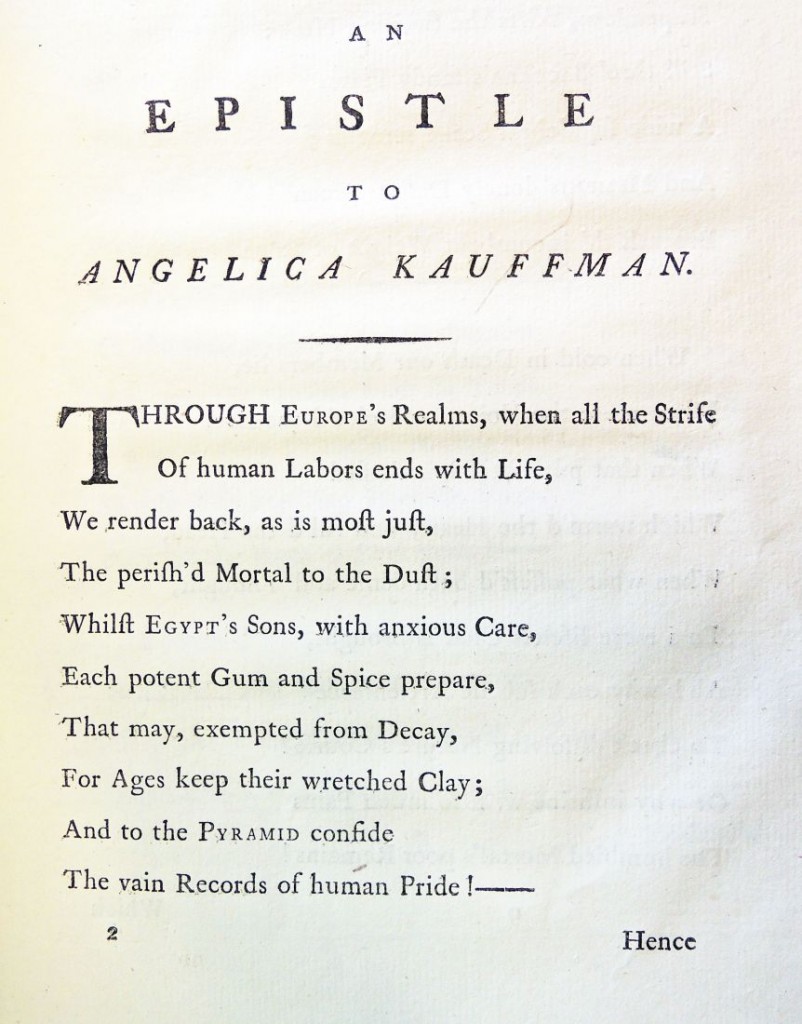