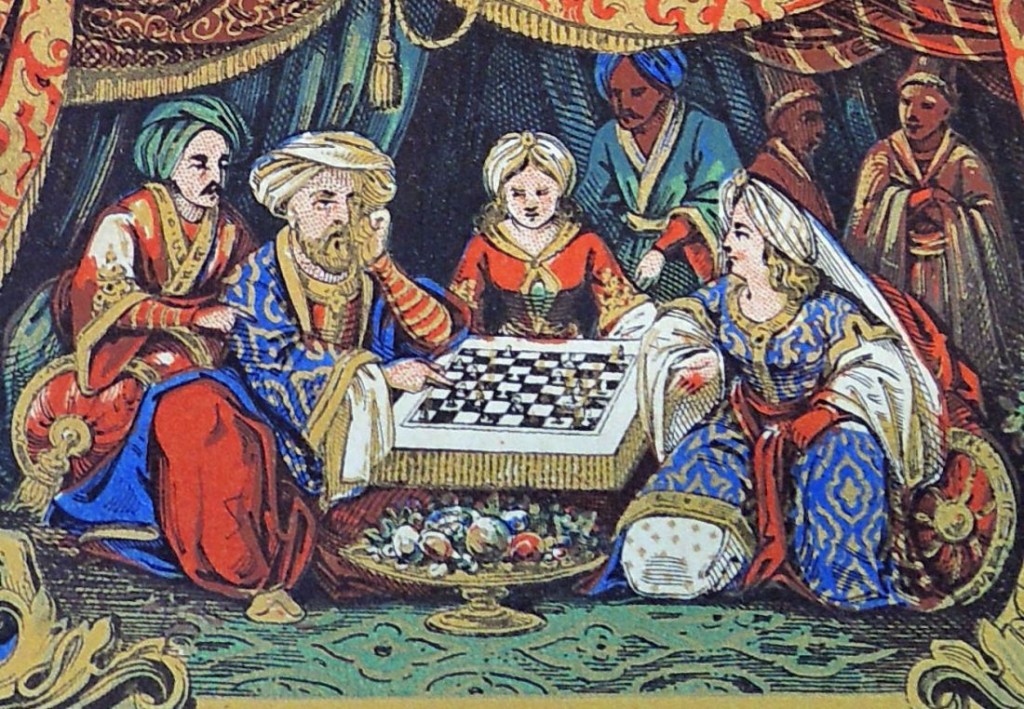 In the back of the first volume of our newly acquired specimen albums from Godefroy Engelmann’s Société Engelmann père et fils, is this chromolithographed game board. At one end is an image of men and women playing Shatranj (the Persian word for what became chess). At the other, the men are smoking from a water pipe. 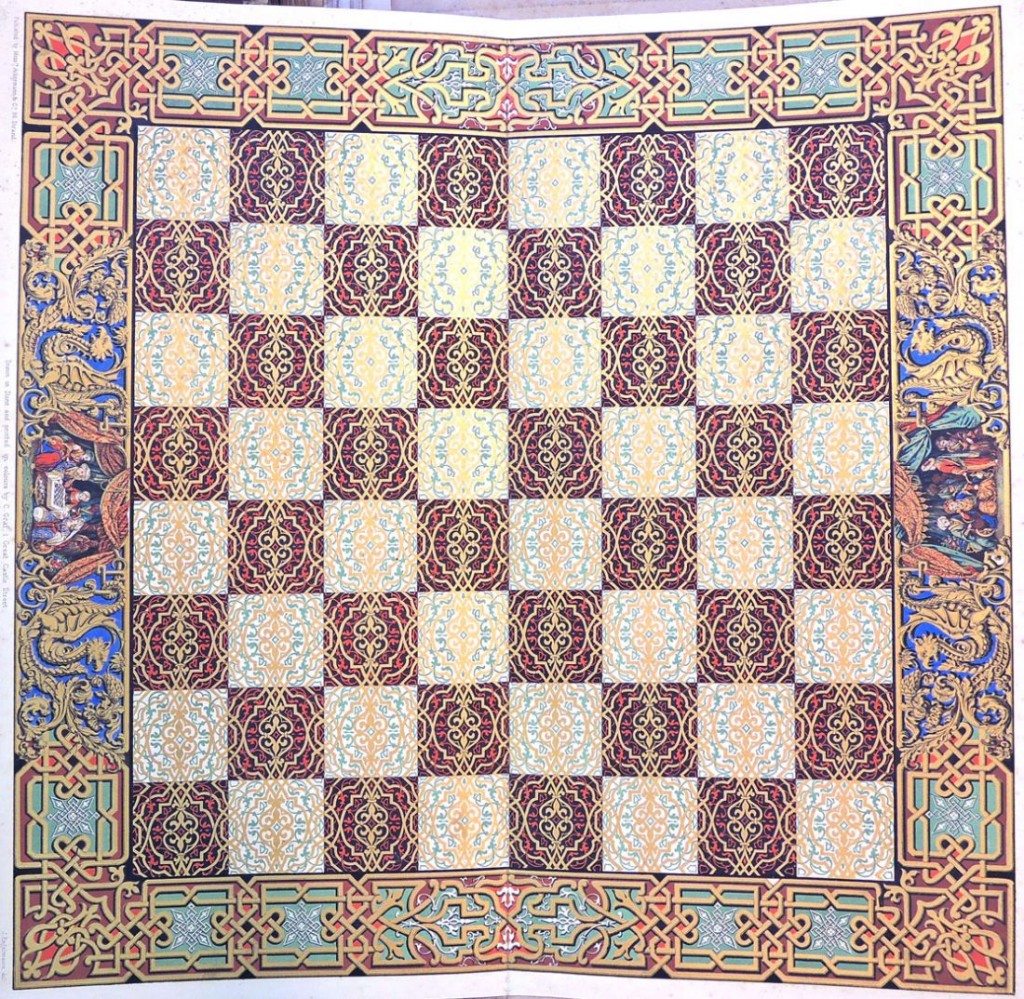 In 1837, Engelmann took out a patent on chromolithography but died two years later. His son Jean Engelmann continued the family business and in 1842, partnered with members of the Graf family of printers as his father had also done. Below is the building where this game board was printed at One Great Castle Street, London. 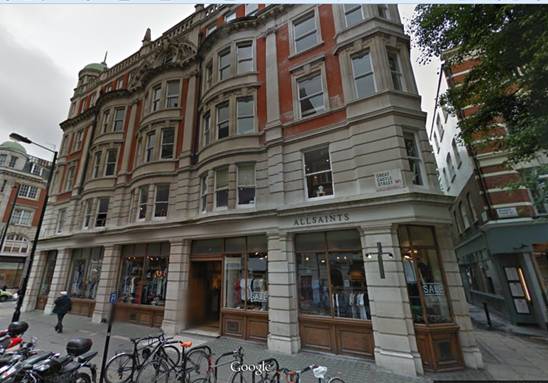