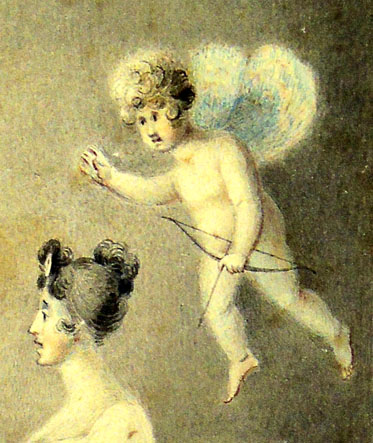 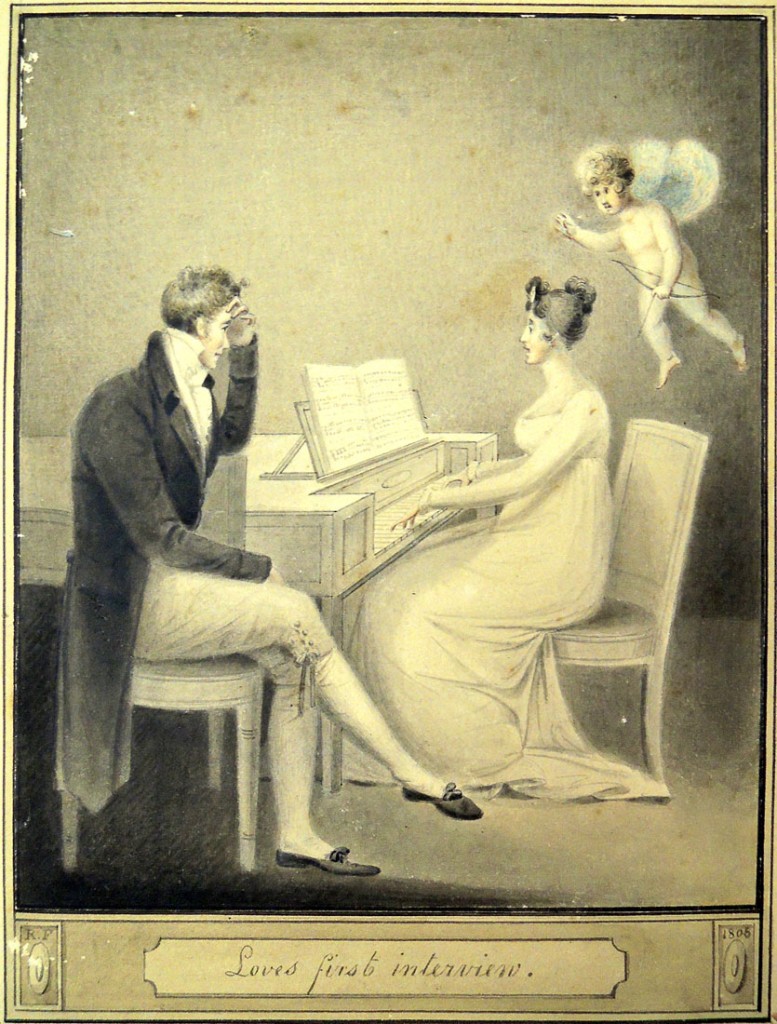 Oxford Art Online lists Robert Fulton (1765-1815) simply as “an engineer of genius who developed the steamboat, [who] was initially a painter of portraits and historical scenes.” Dated 1806, this drawing was executed shortly after his return from England, where he had been studying painting as well as experimenting with submarine designs. It would have been completed around the same time he supervised the construction of the North River Steamboat or Clermont.

Fulton certainly was a renaissance man, with a practicing career as a miniature painter before gaining fame for his engineering skills.

“In 1782 when seventeen years of age, Fulton left his native town for Philadelphia, there to seek his fortune. That city was the capital of the State of Pennsylvania, which, under the mild and beneficent rule of members of the Society of Friends, enjoyed the distinction of being the pioneer in the arts of peace among the States of the Union. Hither came men of science and scholarship, finding the atmosphere congenial to work and study. In Philadelphia were founded the first American Philosophical Society, the first public library in America, the first medical and law schools; the first printing press in the middle colonies was set up there, and prior to the Revolution more books were published in Pennsylvania than in all the other colonies combined. It is not surprising that Fulton should develop quickly in the new field of thought and activity which opened before him.

Not much is known of his doings during the first three years of his stay in the Quaker City. It is said that he was apprenticed to a silversmith, but he would be too old for that; another statement which is much more probable is that he was glad to turn his hand to almost any kind of work in drawing plans, designing buildings, and painting portraits. Already in in 1852 by his application and industry, he had established himself as a miniature painter, and during the next two years he met with a considerable measure of success. Several miniatures and one or two portraits of some merit remain to this day to prove his proficiency. Charles Willson Peale was then the principal painter in the city, and Fulton may have had lessons from him.” –H. W. Dickinson, Robert Fulton: Engineer and Artist (London 1913)