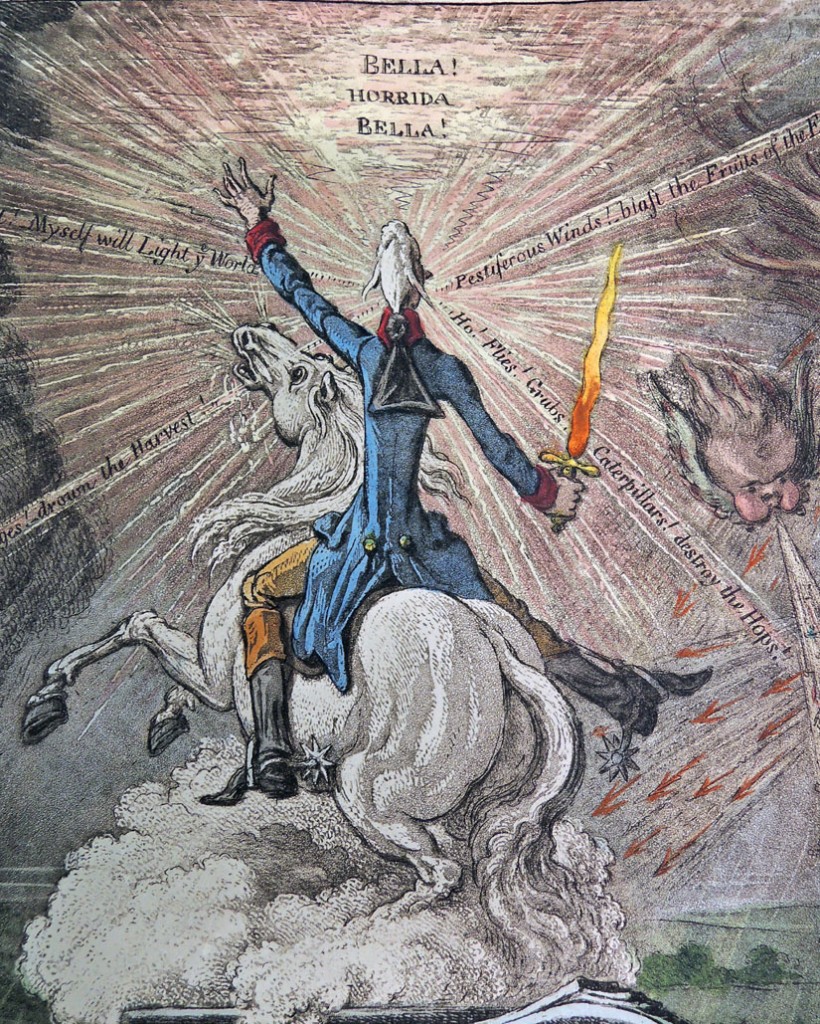 The weather in the fall of 1799 was particularly harsh, as seen in the top half of Gillray’s satire of the Tory Prime Minister William Pitt (1759-1806) and Whig politician Samuel Parr (1747-1825). The four winds blow on the upper right.

A well-known drinker, Parr is represented by the ‘pot of porter’ and Pitt is seen rising out of the beer as a monumental equestrian statue, except his is backwards. The title continues quoting Parr, “its all owing to the War & the cursed Ministry! – have not They ruind the Harvest? – have not They Blighted all the Hops? – Have not They brought on the destructive Rains, that we might be Ruin’d in order to support the War? – & brib’d the Sun not to Shine, that they may Plunder us in the dark?”

The pipe is also a reference to Parr, a smoker, and the introduction he wrote to an edition of three treatises of W. Bellenden, Praefatio ad Bellendenum de Statu, in which he praised Fox and attacked Pitt, among others. He also blamed Pitt for the rising cost of porter and the print notes the price on the mug. 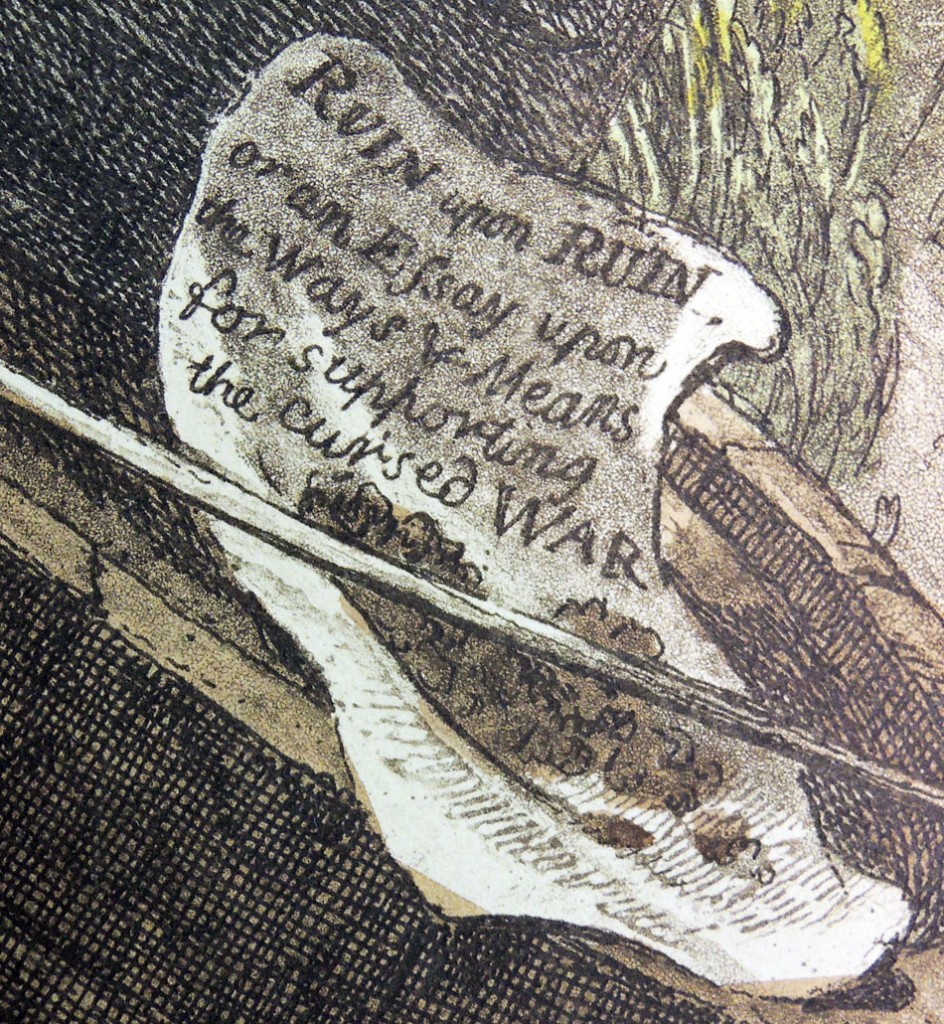 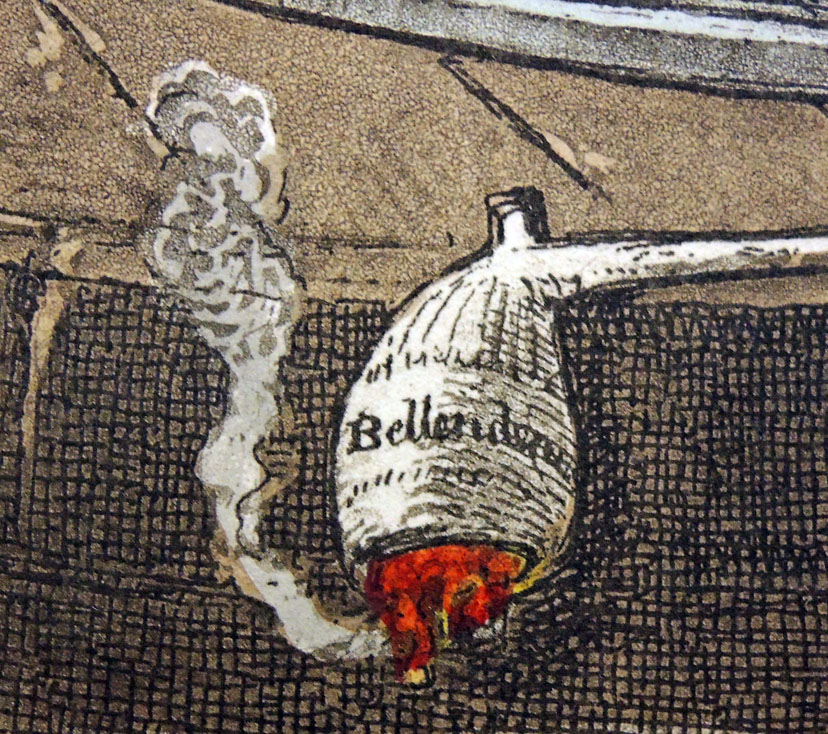 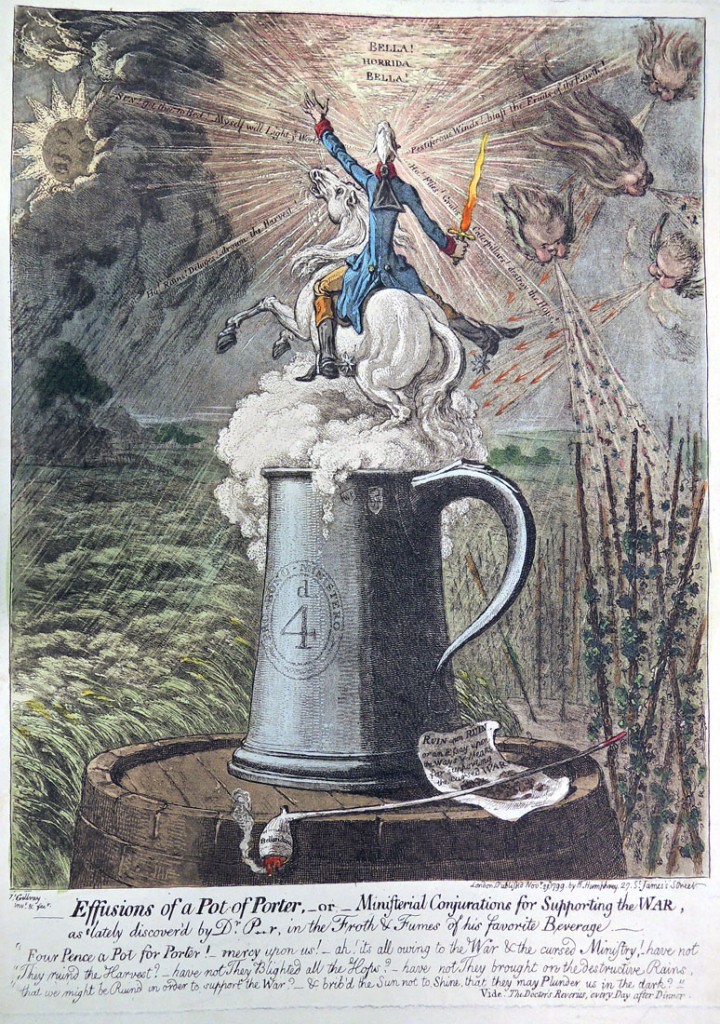 James Gillray (1756-1815), Effusions of a Pot of Porter, – or – Ministerial Conjurations for Supporting the War, as Lately Discovered by Dr. P—r, in the Froth & Fumes of His Favorite Beverage, November 29, 1799. hand-colored etching and aquatint. Graphic Arts Collecton GAX 2014- in process