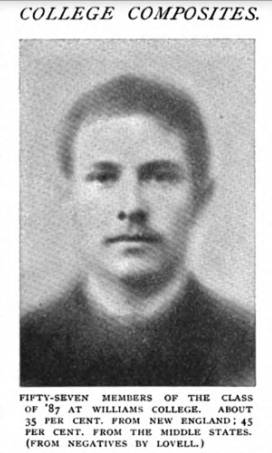 In October 1885, a brief notice in The Princetonian mentioned that the Harvard Crimson was promoting “the advisability of securing a composite photograph of the Senior Class.” The technique of superimposing multiple photographic portraits of one entire class was being attempted at Smith College and the students from other universities were encouraged to undertake similar studies.

By June 1887, it was noted that Harvard seniors were preparing the photography for such a project, as were the students at Wellesley College. 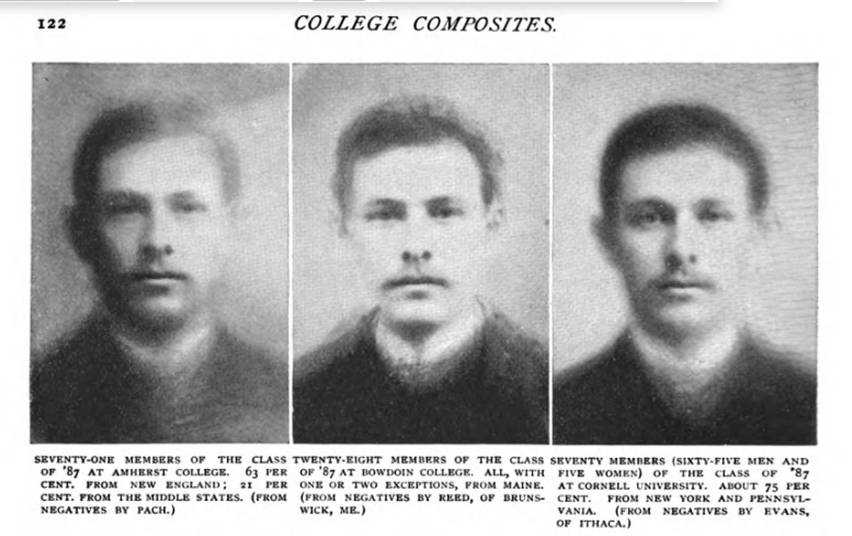 The March and November 1887 issues of The Century Magazine contained a two-part article entitled, “College Composites,” with illustrations of portrait photographs created from the classes of students at Harvard, Amherst, Bowdoin, Cornell, Smith, Williams, and Wells.

By late fall 1887, Princeton had still declined to join this endeavor. One last attempt was made to convince their fellow students when the May 1889 Princetonian pointed out that Cornell Juniors were also having a composite photograph taken. Princeton opted out. 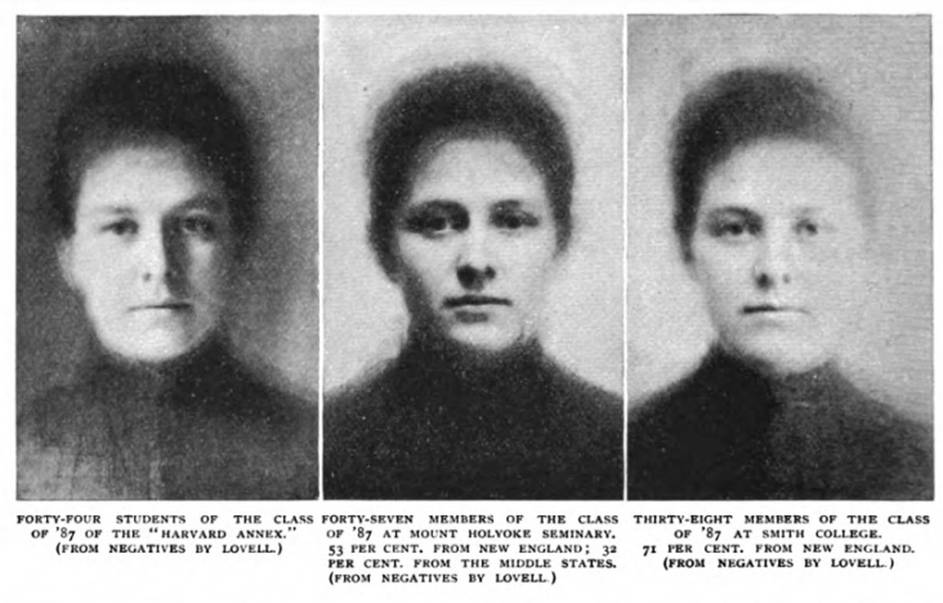 It is not known why Princeton decided not to undertake composite photographs, which were extremely popular at the time. Above are a few from the other institutions.

We are all interested in typical representations. The novelist or poet holds and gratifies us as we feel that the character which is portrayed with skillful words is the type of a class. The artist draws an ideal head, his expression of a type for which no single model will serve, and we look with satisfaction and pleasure at the product of his fancy. Both artist and author seek to sketch a face or character that has grown in their minds by the blending of impressions gained from the observation of many individuals. The result at which they aim is a generic portrait which shall retain the typical characteristics of the class for which it stands, while the peculiarities and idiosyncrasies of the individuals are left out.

The generalized image, which the creative mind is able to seize upon and express, rises with more or less vividness in the mind of every one as the representative of the class or group of objects which is present in his thought. This image is often a vague and unsatisfactory one, and the mind, in its efforts to gain clearness, runs rapidly over the more distinct images of members of the class, and not infrequently ends in selecting some one of these to stand as the type of all. . . — John T. Stoddard, College Composites, Century Magazine 1887.