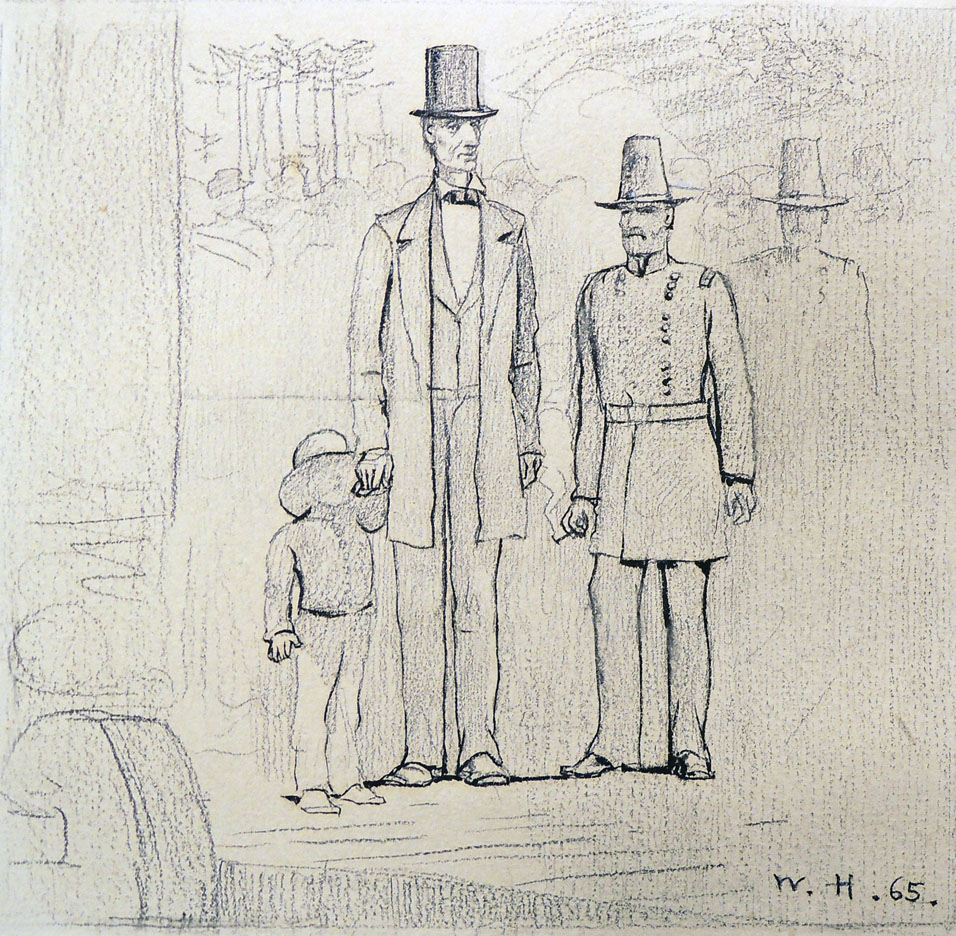 After several years of extensive travel capturing Civil War scenes for Harper’s Weekly, Winslow Homer (1836-1910) stopped feeding the magazine images almost entirely in 1864. Out of the 52 issues that year, the only Homer drawings published were Anything for Me, if You Please? (a Brooklyn post-office scene) and Thanksgiving Day in the Army. In 1865, with the dramatic end to the war and the death of Lincoln, Homer only sketches three events for Harper’s: Holiday in Camp, Soldiers Playing Football; and the pair: Our Watering-Places, Horse-Racing at Saratoga, and Our Watering-Places, The Empty Sleeve at Newport. 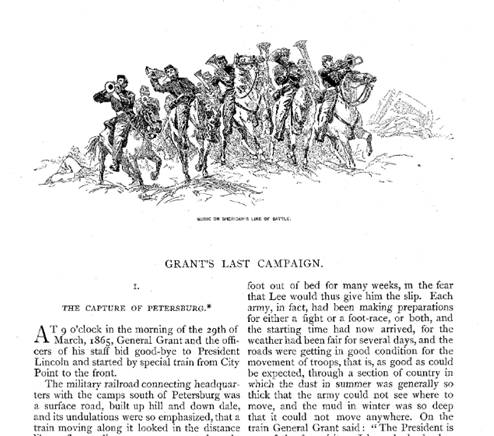 Nearly twenty years later, The Century Magazine published Admiral David Dixon Porter’s account of “Grant’s Last Campaign,” illustrated with a number of wood engravings, including several previously unpublished drawings by Homer. One is in the Graphic Arts Collection, seen above, clearly initialed by Homer and dated 1865. These drawings are specifically cited as drawn from life.

Was Homer invited along with Abraham Lincoln when the president visited general Grant after the battle of Petersburg in April 1865? And if so, why weren’t his drawings of this historic meeting either published or incorporated into oil paintings?

According to the National Park Service report on the Battle of Petersburg (http://www.nps.gov/pete/index.htm) “On the morning of April 3, Lincoln was informed that Petersburg had finally fallen to Federal troops. He decided to go into the city and was accompanied by Admiral David Porter, Captain John Barnes, William Crook, and Lincoln’s son, Tad on a special train. Upon arriving at the station along the U.S. Military Railroad, Lincoln took his seat on Grant’s horse, Cincinnati and with the others rode into the city over the Jerusalem Plank Road.” 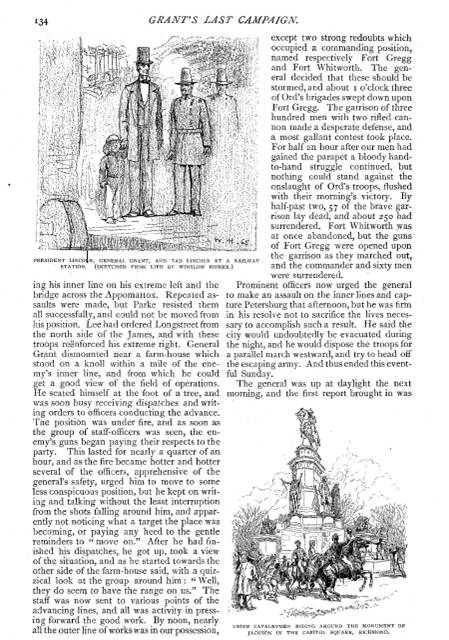 “Lincoln and his entourage arrived at the Thomas Wallace house and, while Lincoln and Grant discussed that Grant should defeat Lee and allow Sherman to defeat Joseph Johnston’s army in North Carolina, Tad grew restless until Federal general George Sharpe produced sandwiches. Tad eagerly grabbed them as he exclaimed that being hungry was what had agitated him. Thomas Wallace invited the President and General Grant inside but they opted to remain on the porch. After an hour and a half in the city, Lincoln left to return to City Point.”

Porter’s account in Century Magazine notes, “Mr. Lincoln soon after arrived, accompanied by his little son “Tad,” dismounted in the street and came in through the front gate with long and rapid strides, his face beaming with delight. He seized General Grant’s hand as the general stepped forward to greet him, and stood shaking it for some time and pouring out his thanks and congratulations with all the fervor of a heart which seemed overflowing with its fullness of joy. I doubt whether Mr. Lincoln ever experienced a happier moment in his life. The scene was singularly affecting and one never to be forgotten.”