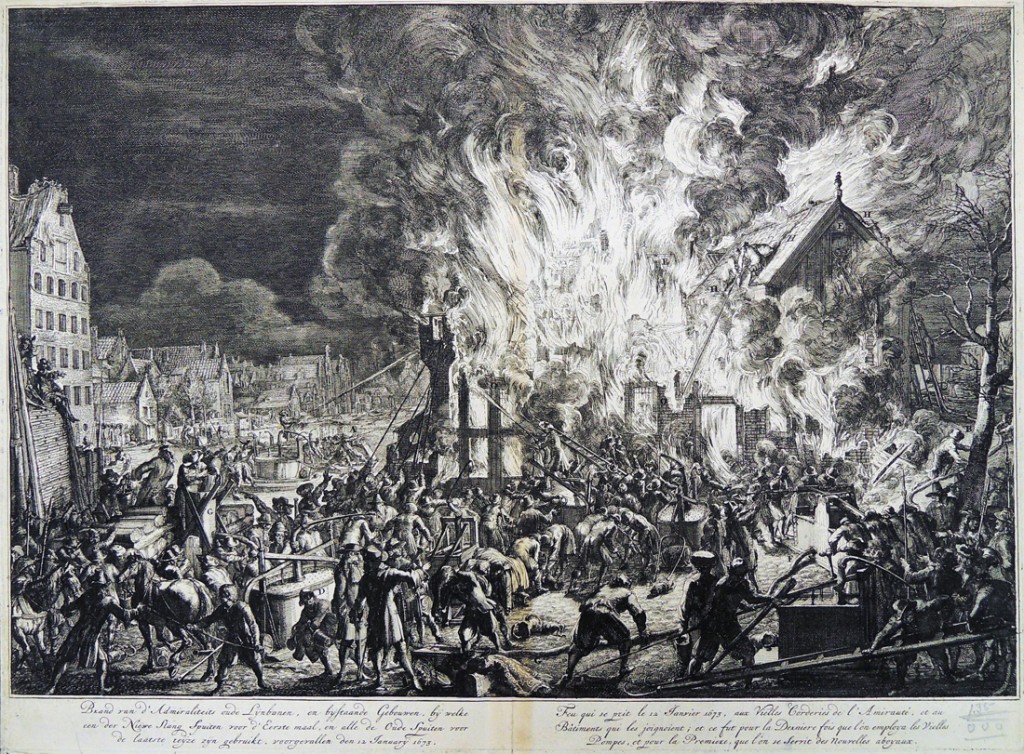 In 1690, the Dutch painter Jan van der Heyden (1637–1712) and his son, also Jan, published a volume of engravings depicting various Amsterdam fires and the machinery van der Heyden invented to fight them. The Description of the Newly Discovered and Patented Hose Fire Engine and Its Way of Extinguishing Fires is called the first firefighting manual. Certainly it is the most beautiful. Some of the plates were engraved by van der Heyden himself and at least one is attributed to Romeyn de Hooghe (1645-1708). 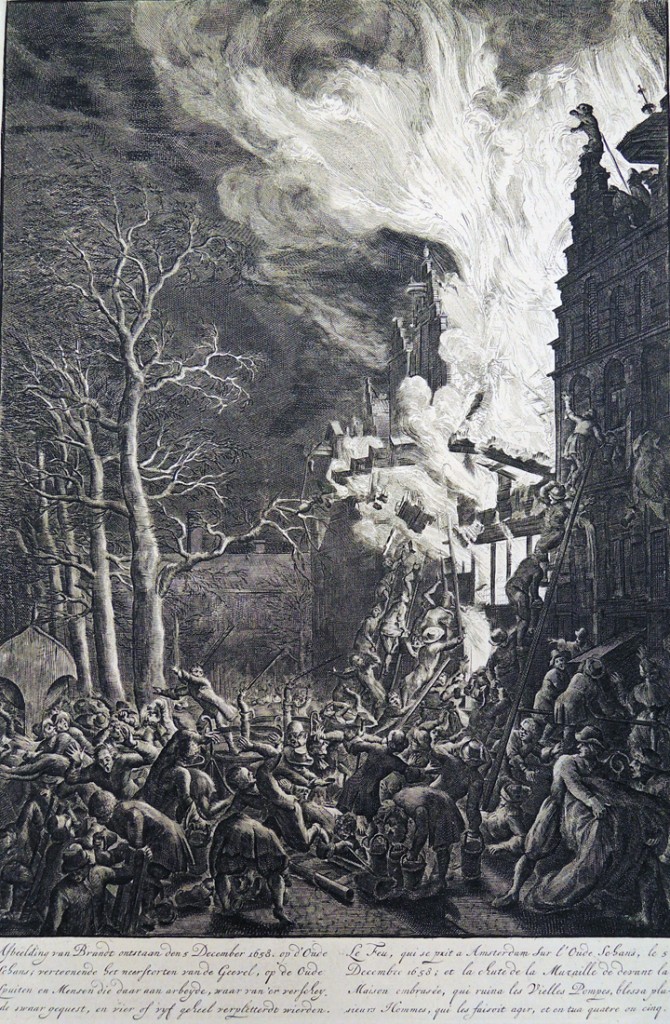 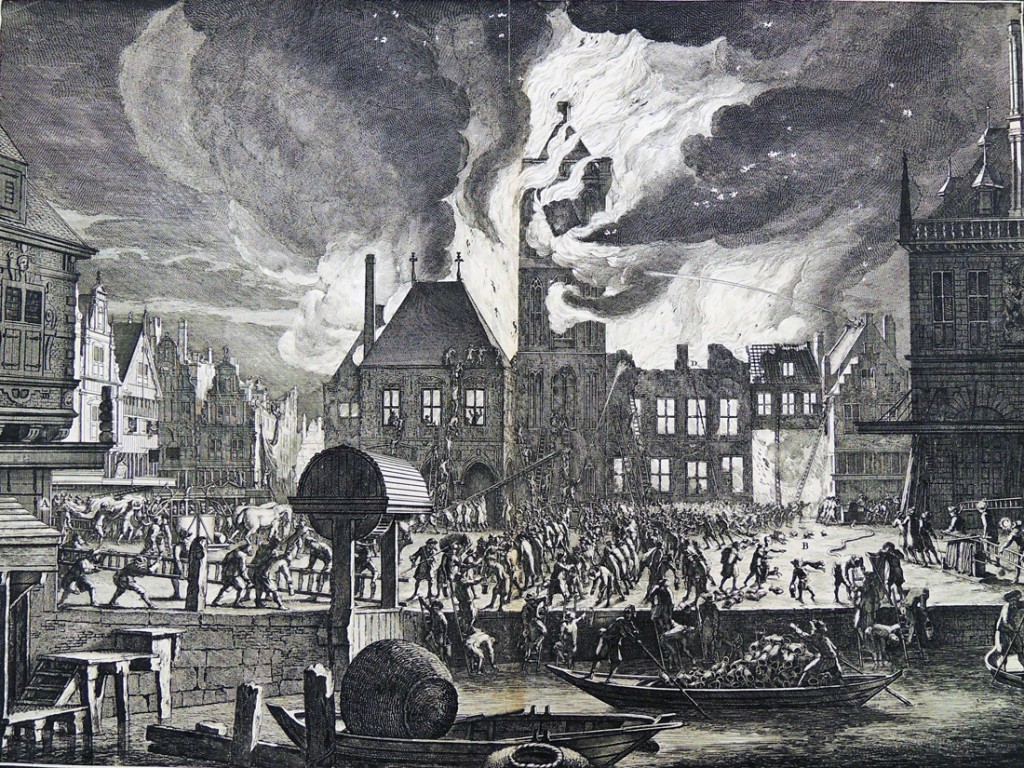 The first edition of van der Heyden’s book included nineteen plates. Seven additional prints were added when a second edition was published after his death in 1735. The copy in the Graphic Arts Collection has unfortunately been unbound and its eighteen plates (1652-1684) matted separately. 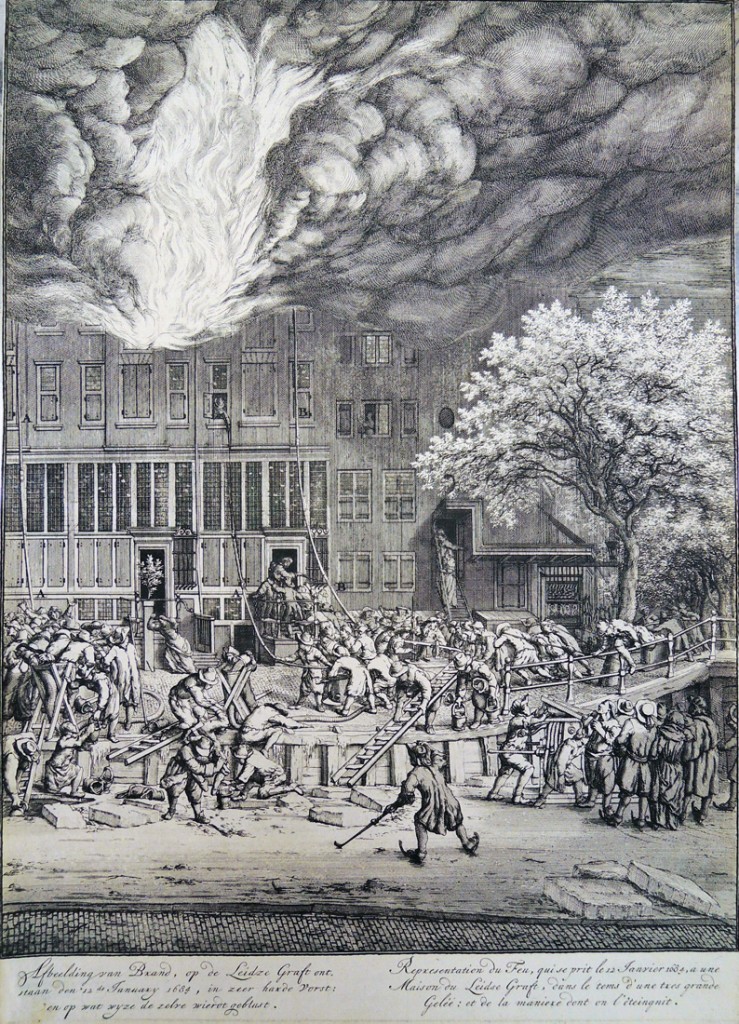 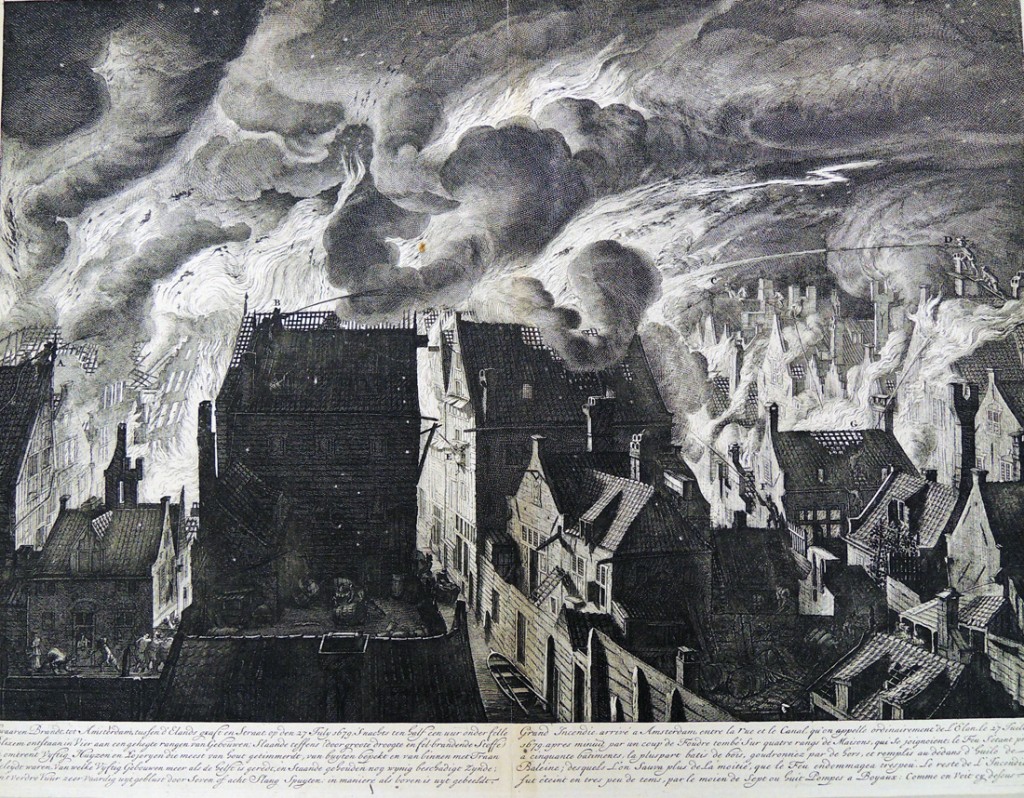 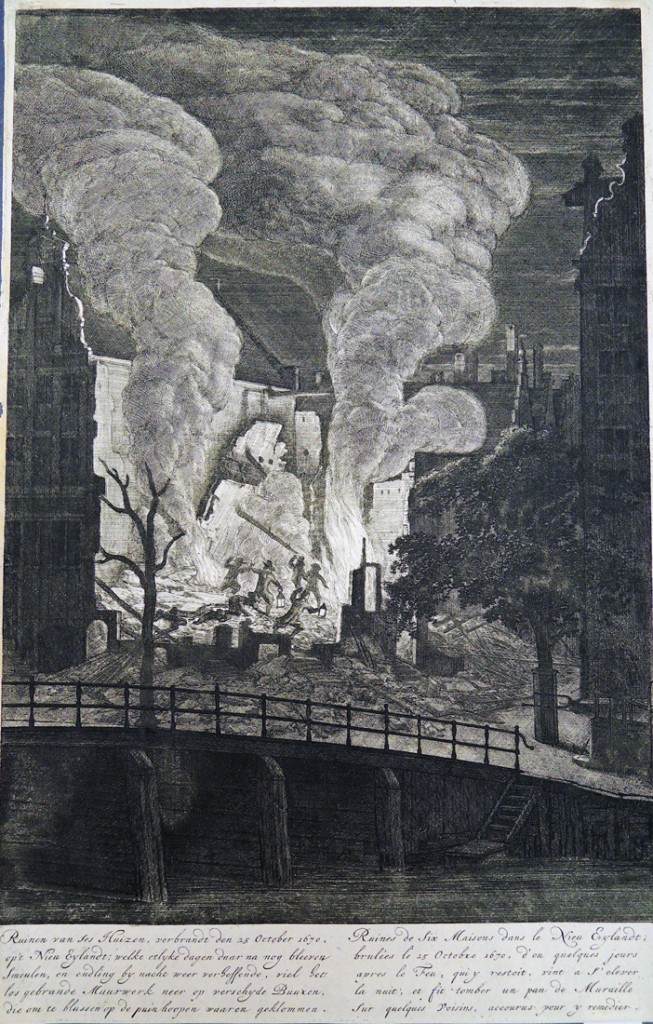