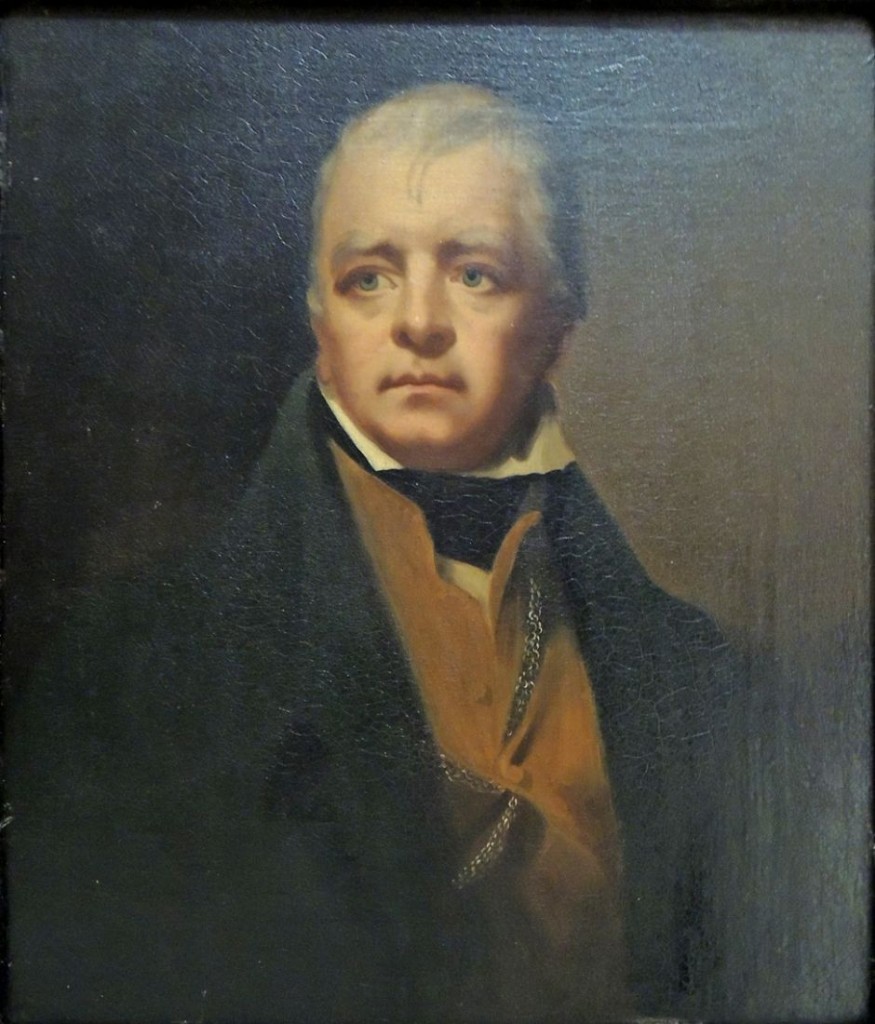 A small portrait of Sir Walter Scott was acquired by Princeton to complement the Parrish collection of Scott’s Edinburgh editions. The painting has been attributed to the Scottish artist Samuel Mackenzie (1785-1847) and dated 1825. Mackenzie was greatly influenced by the artist Sir Henry Raeburn (1756-1823) and in the early 19th century worked in Raeburn’s studio. Their styles are similar and it is sometime difficult to separate work done by Mackenzie. In particular, the portrait of Scott closely resembles Raeburn’s 1822 portrait of the writer. It is possible that Mackenzie produced a copy of Raeburn’s popular canvas [below], which hangs today in the Scottish National Portrait Gallery. 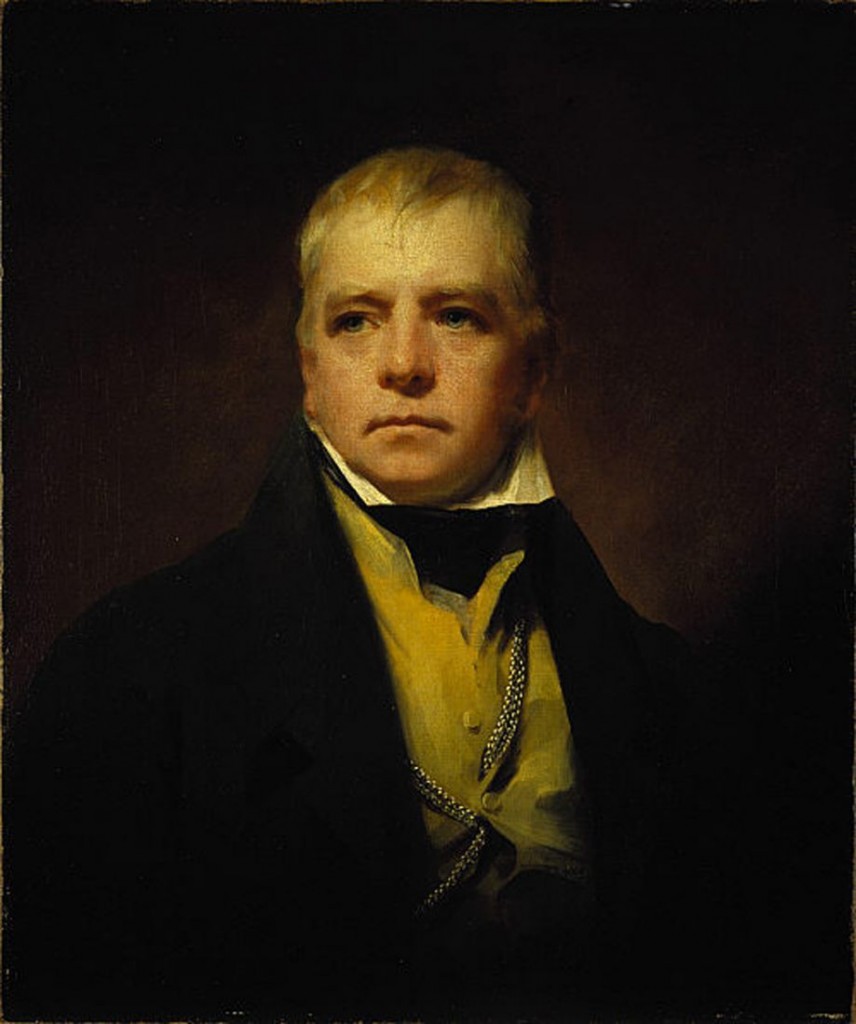 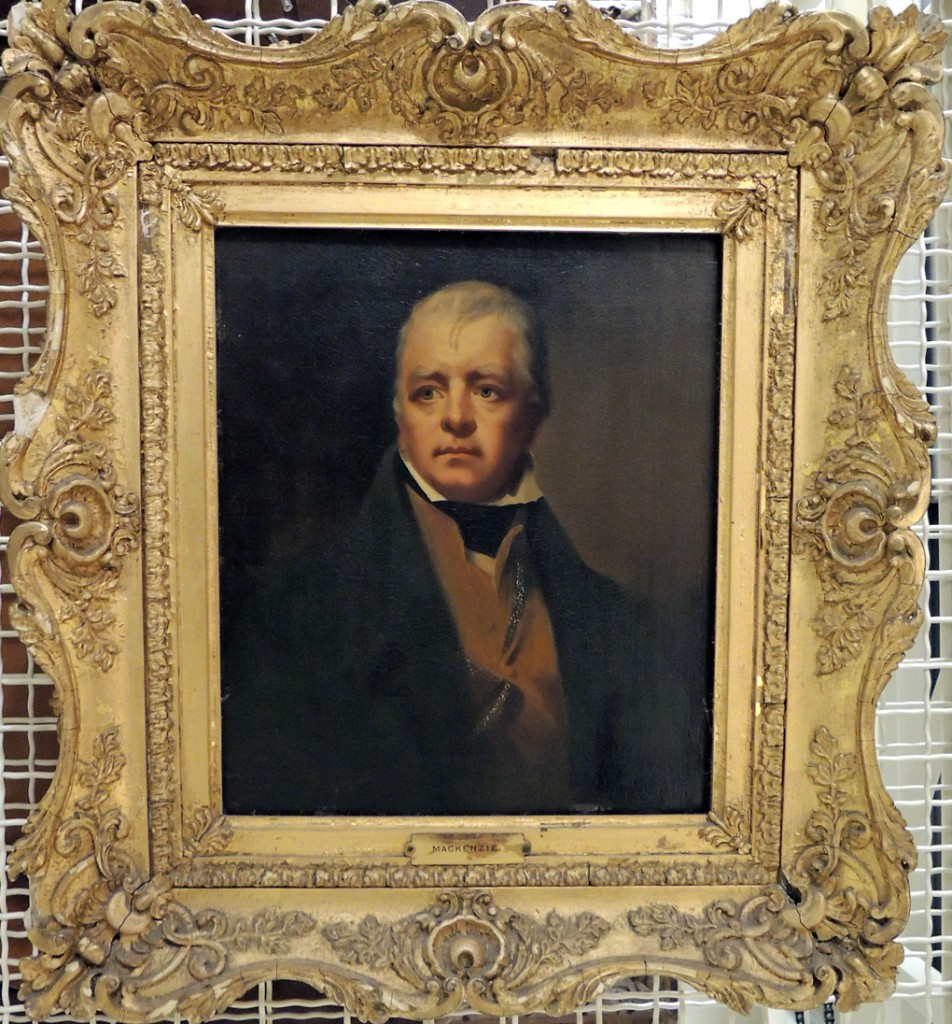