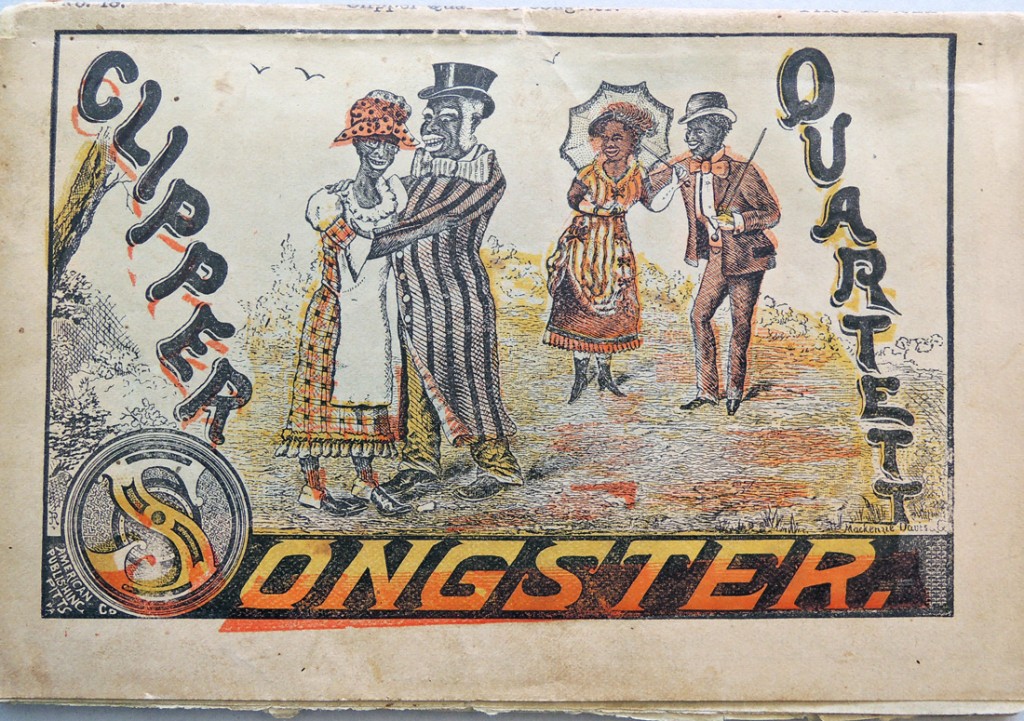 The Clipper Quartette Songster: containing the first and only edition of these most elegant singers’ original songs now being sung by them throughout the United States … together with a number of the latest hits … (Pittsburgh, Pa.: American Publishing Company, 1883). Lyrics without music. Graphic Arts Collection GAX 2015- in process 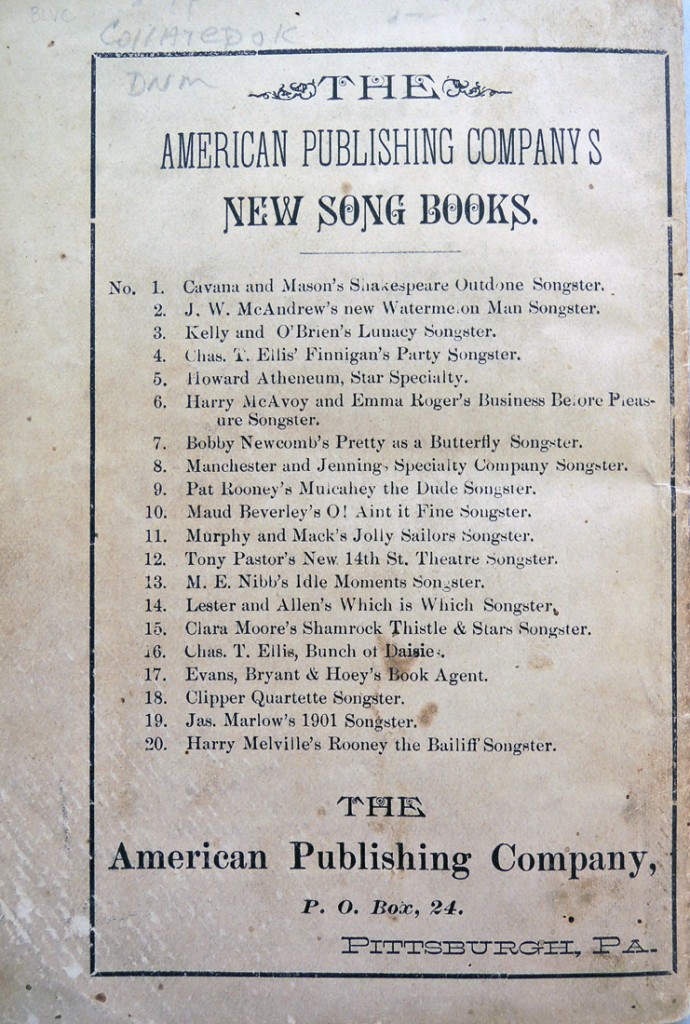 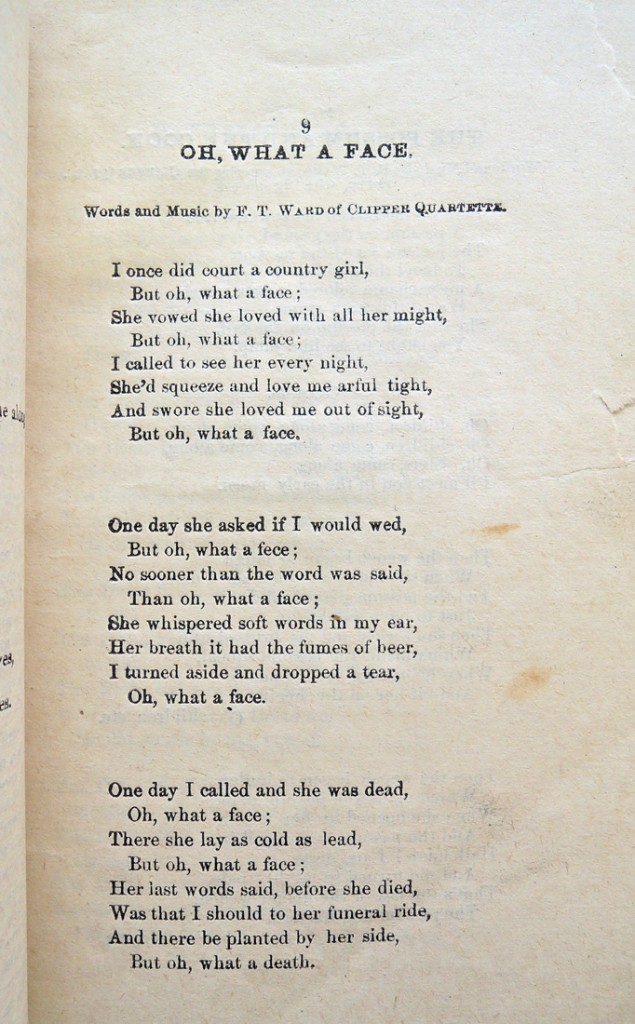 In the fall of 1880, the Detroit Free Press announced, “The four gentlemen who disguise themselves under the title of the Clipper Quartette deserved what they received, round after round of applause and four encores to which they responded. Their Laughing chorus and going to the picnic were especially fine.” The Clipper Quartette was formed by [John] McIntire, Frank T. Ward, Campbell, and Hayward. They were billed as “the only organized vocal Quartette on the stage doing their line of business.”

Later, the Quartette worked for Thatcher, Primrose & West’s Minstrels, now including “sweet-voiced John P. Curran, Frank T. Ward, Al Hart and W. H. White.” By the 1890s, Curran and Ward were the listed as the 2 Clippers, performing as a duo. 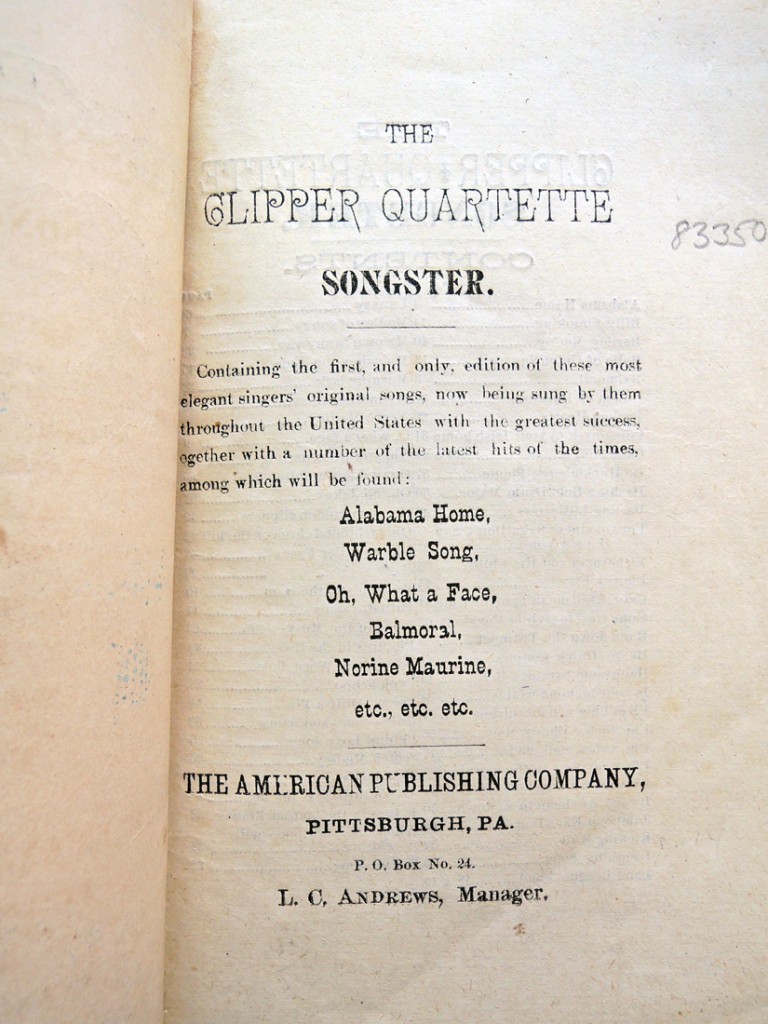