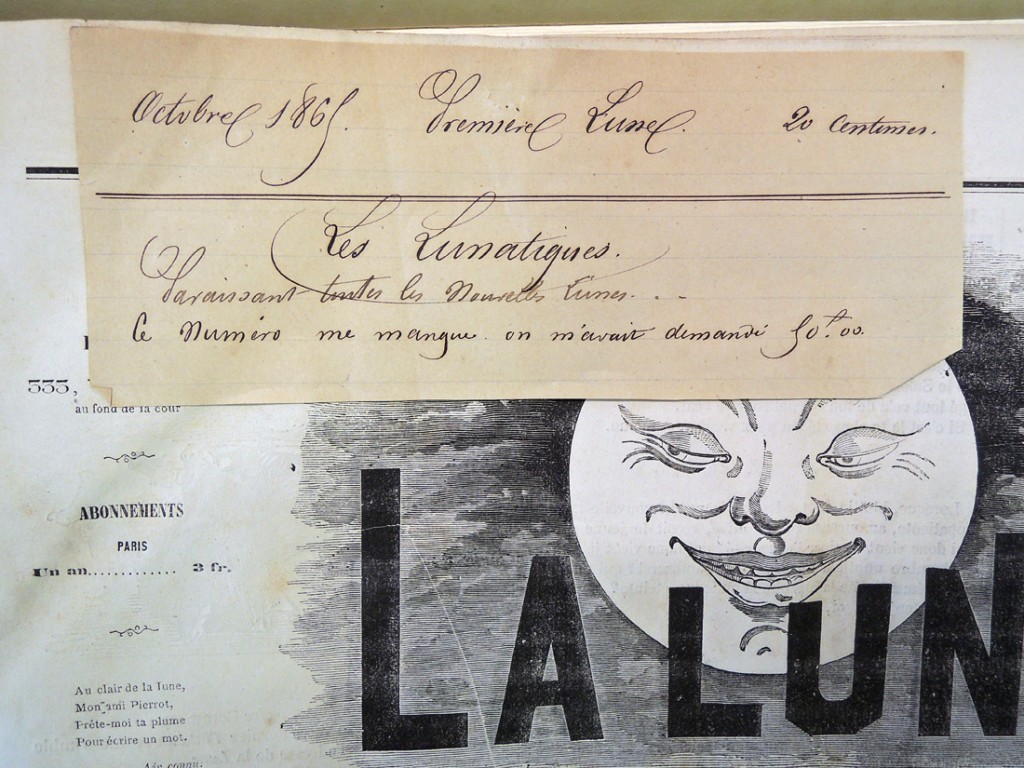 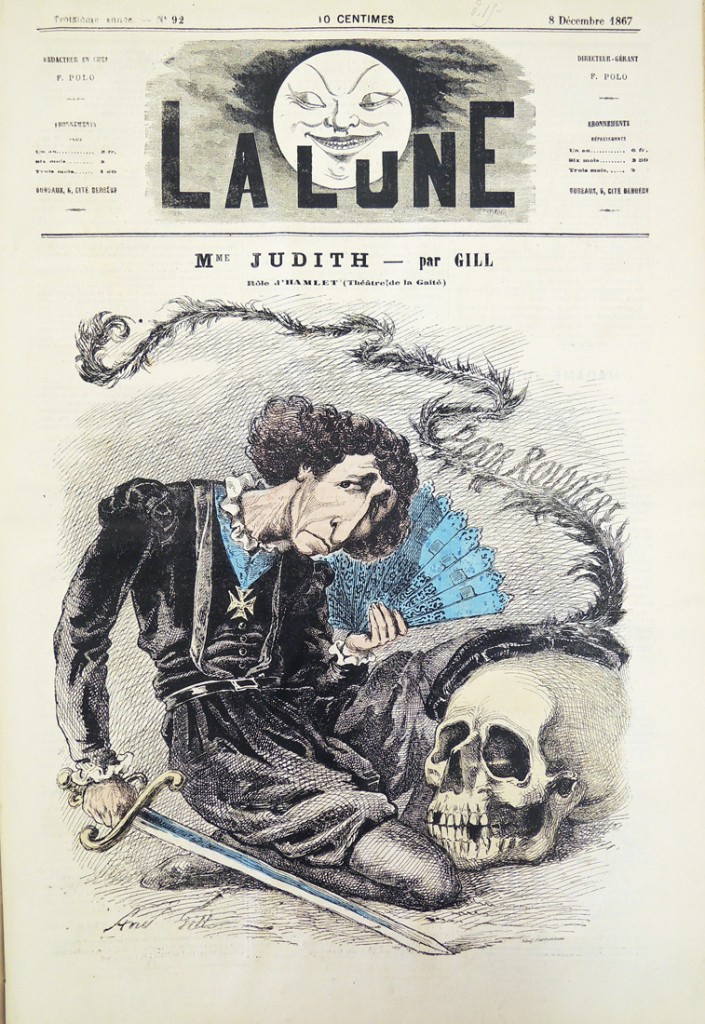 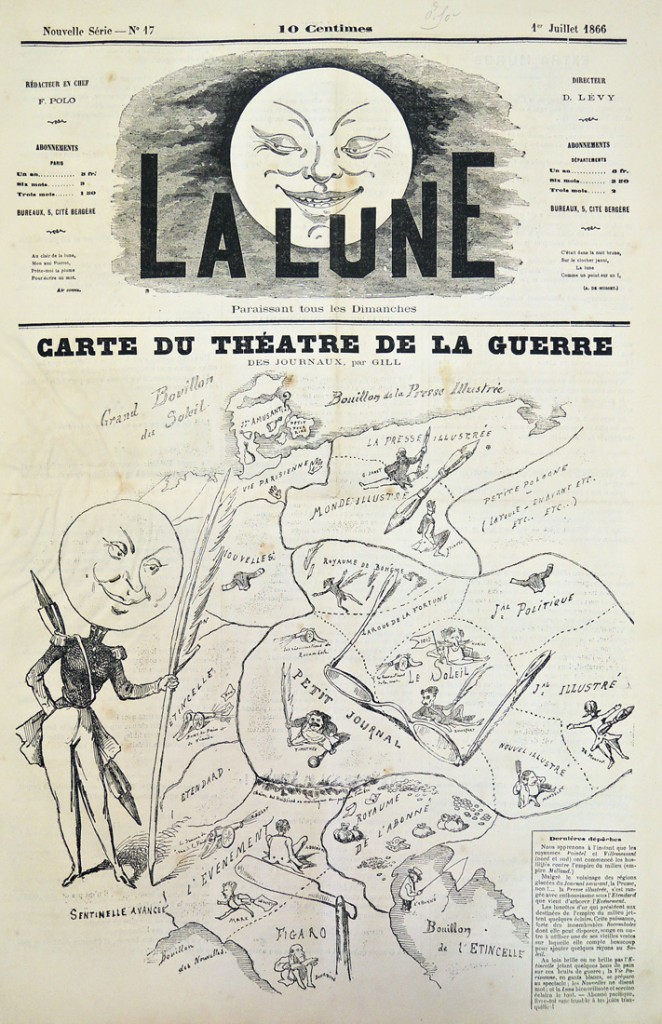 Founded and edited by François Polo (1838-1874), the magazine’s most important illustrator was André Gill (1840-1885). According to Donald Crafton: “The central attraction was, of course, André Gill (born Louis-Alexandre Gosset de Guines). At this time, in 1878, he was the preeminent caricaturist of France, owing largely to his daring attacks in the illustrated press against the Second Empire….

Hired in 1865 by the courageous publisher François Polo to illustrate his new satirical journal La Lune, Gill was frequently the target of attempts by Emperor Napoleon III to suppress political caricature. In spite of this, the paper had a circulation of 500,000 by 1867.

Gill constantly tested the limits of censorship apparatus that forbade not only unauthorized representations of the government but allegorical content as well. “The Masked Wrestlers” of November 3, 1867, was taken to be an antipapist statement, although it showed only two wrestlers….

It was enough, in December when the case was tried before a magistrate, to send Polo to jail with a stiff fine and meant the end of La Lune. Eight days after the last La Lune, Polo started a new paper to replace it and petulantly called it L’Eclipse.” 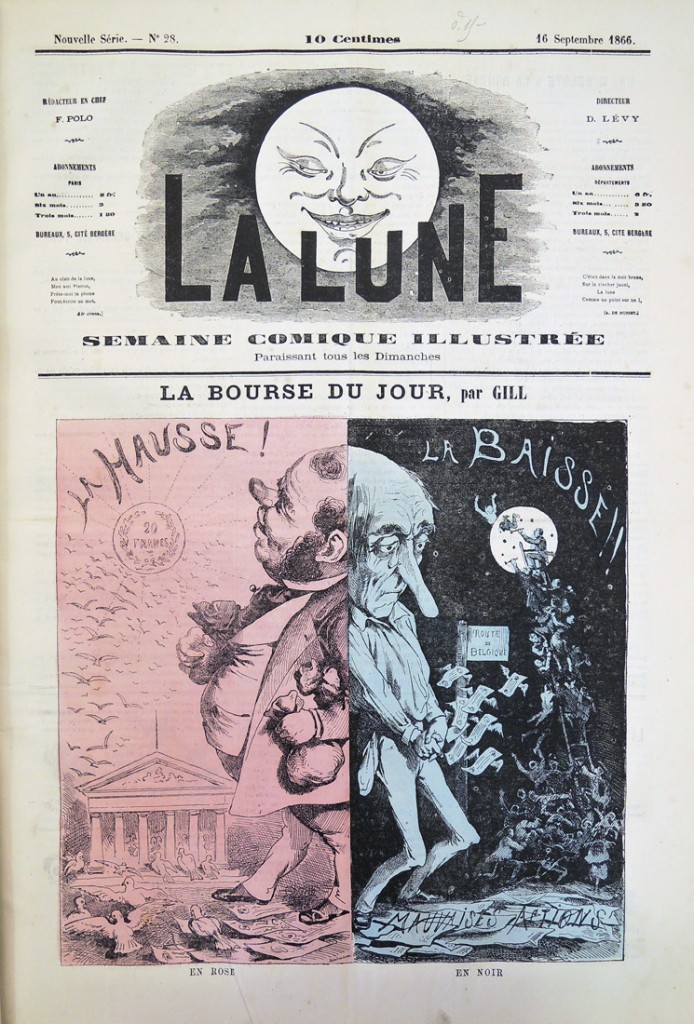 Inside the issues of La Lune is a hand-written index to the covers of all 98 issues, posted here: 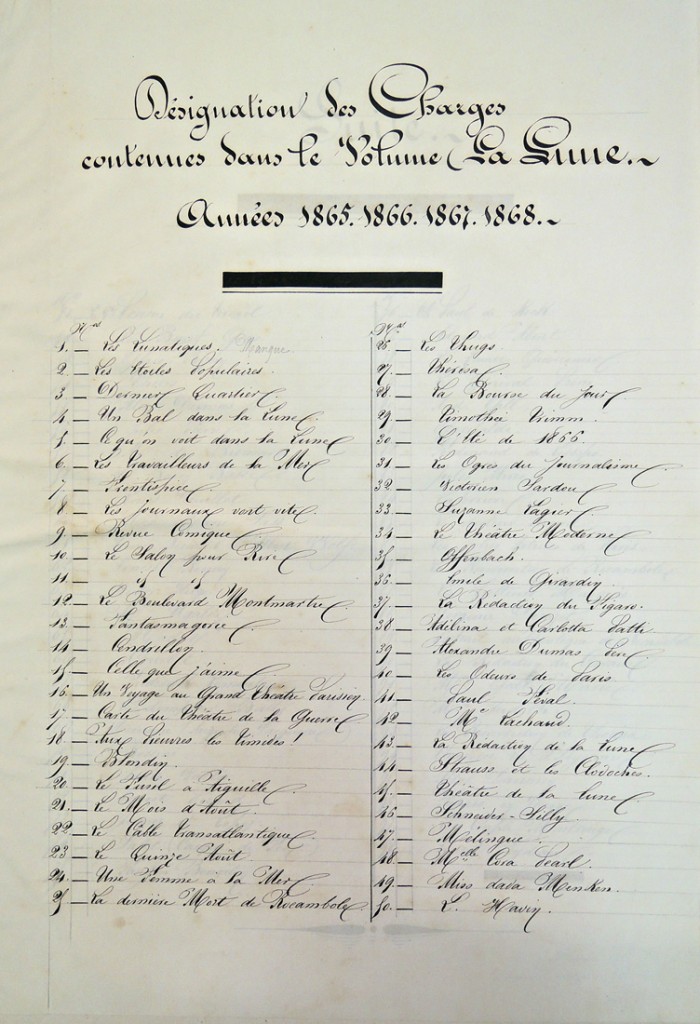 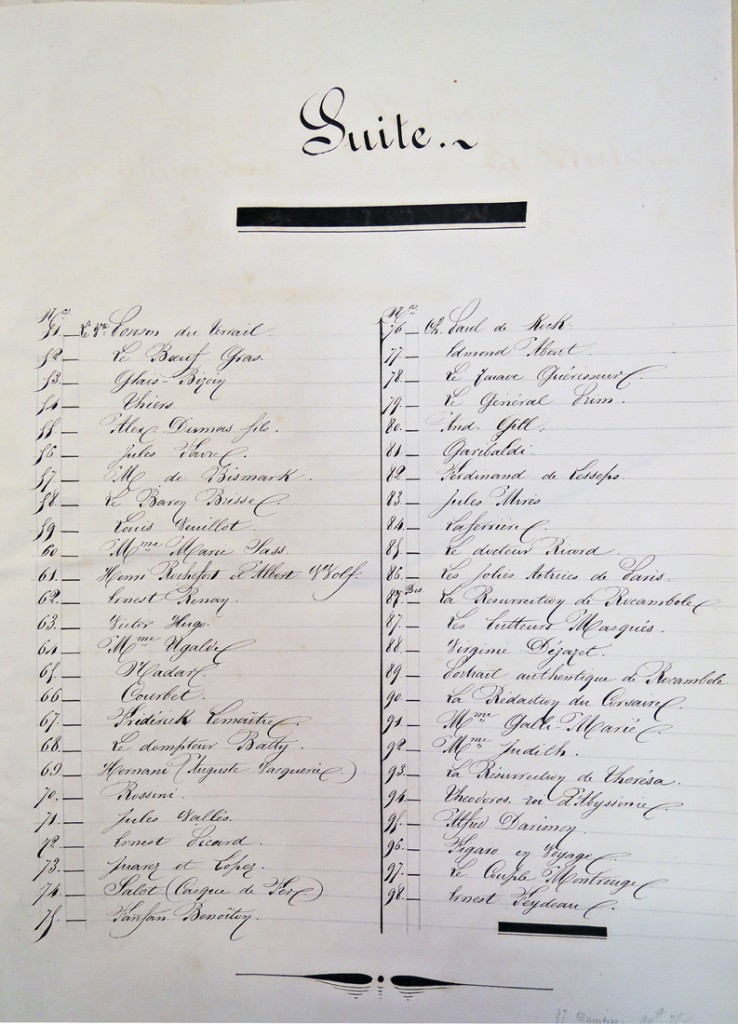 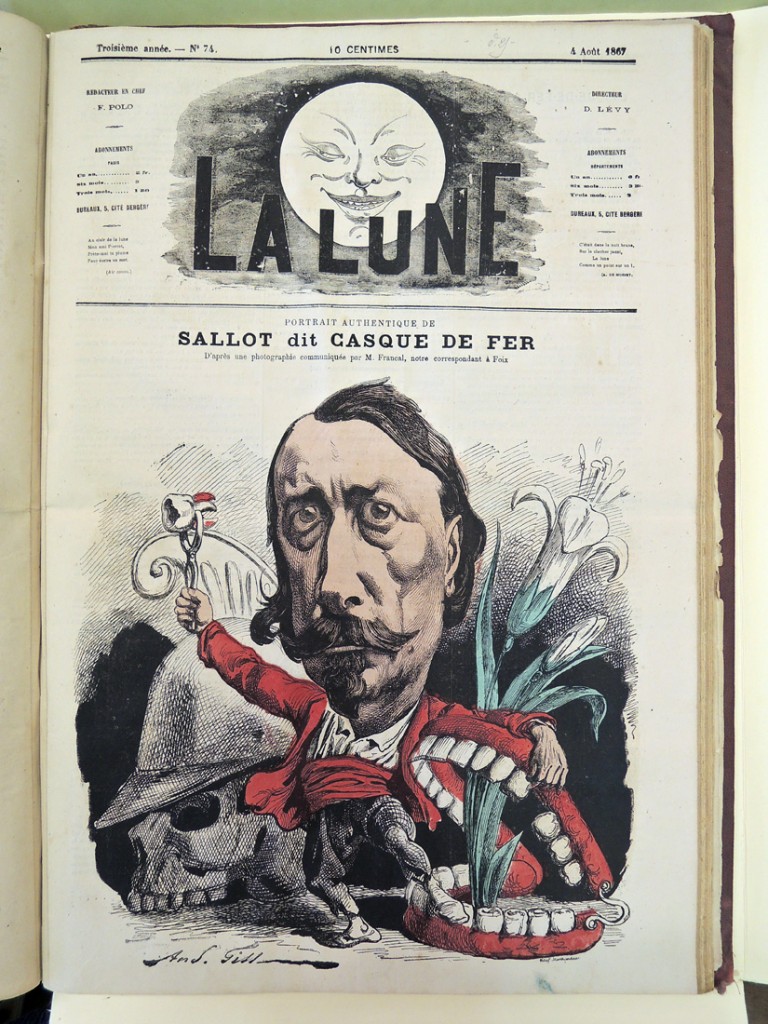