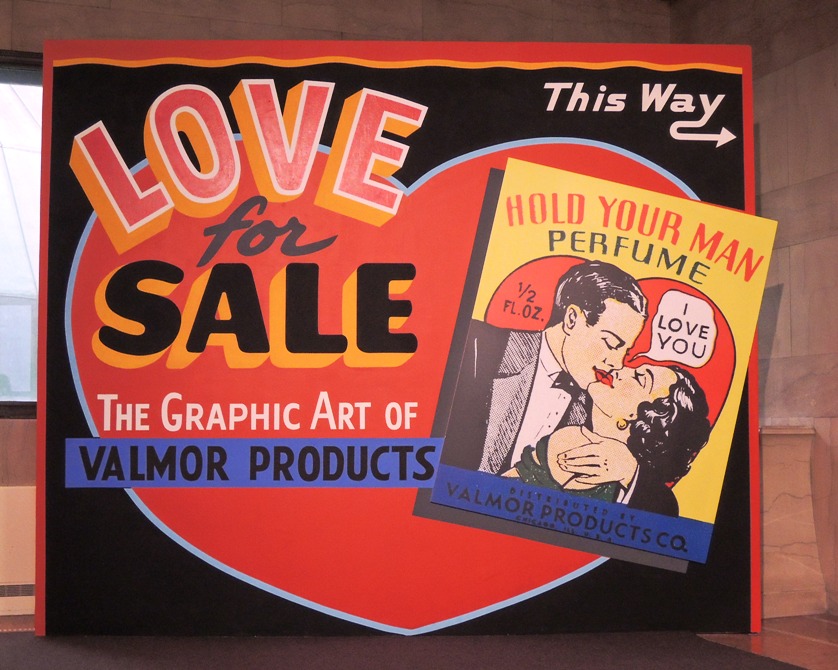 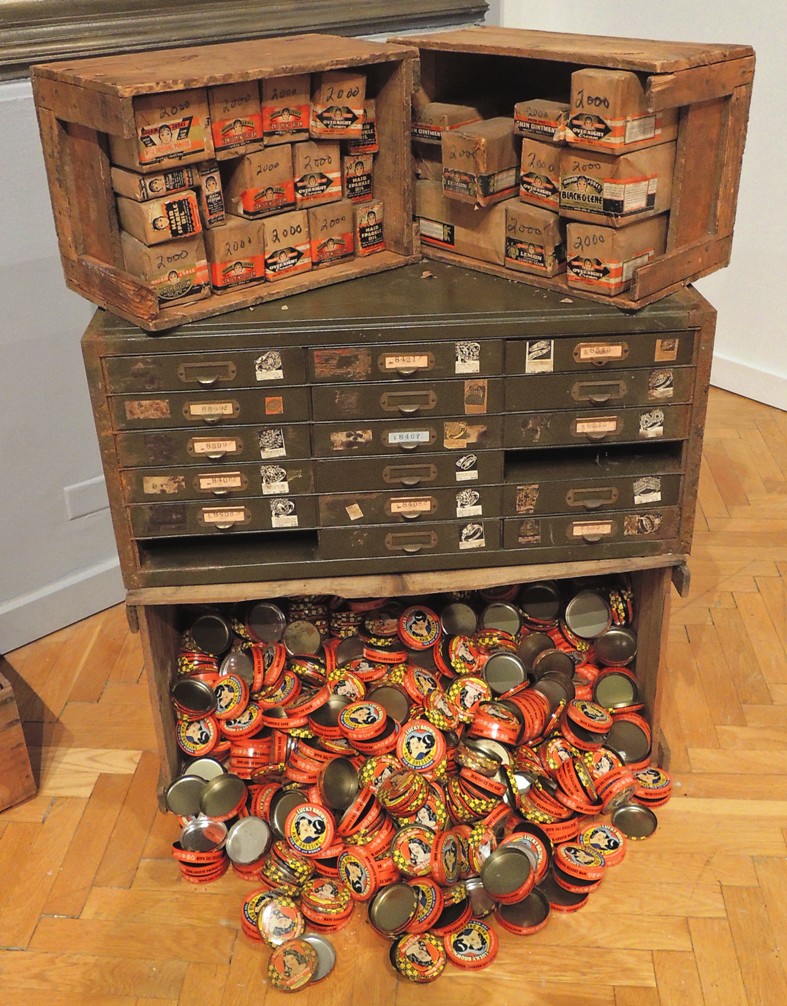 Charles Dawson (1889-1981) worked as a commercial artist in Chicago during the 1920s and 1930s; and then, as a curator of the Museum of Negro Art and Culture and the George Washington Carver Museum in Tuskegee during the 1940s. In 1951, Dawson retired to New Hope, Pennsylvania, where he lived until his death in 1981. There is no record of his creating any art for the last thirty years of his life.

A startling exhibit at the Chicago Cultural Center unveils Dawson’s career as an illustrator for beauty schools and products, such as Annie Malone’s Poro College and Valmor Products of Chicago. As noted in the AIGA’s biography, “with the onset of the Great Depression, which struck Chicago very hard, Dawson managed to stay afloat largely through his work for Valmor Products Company. The owner of the company, Morton Neumann, who later became famous as one of Chicago’s great art collectors, refused to allow Dawson to sign his work.” 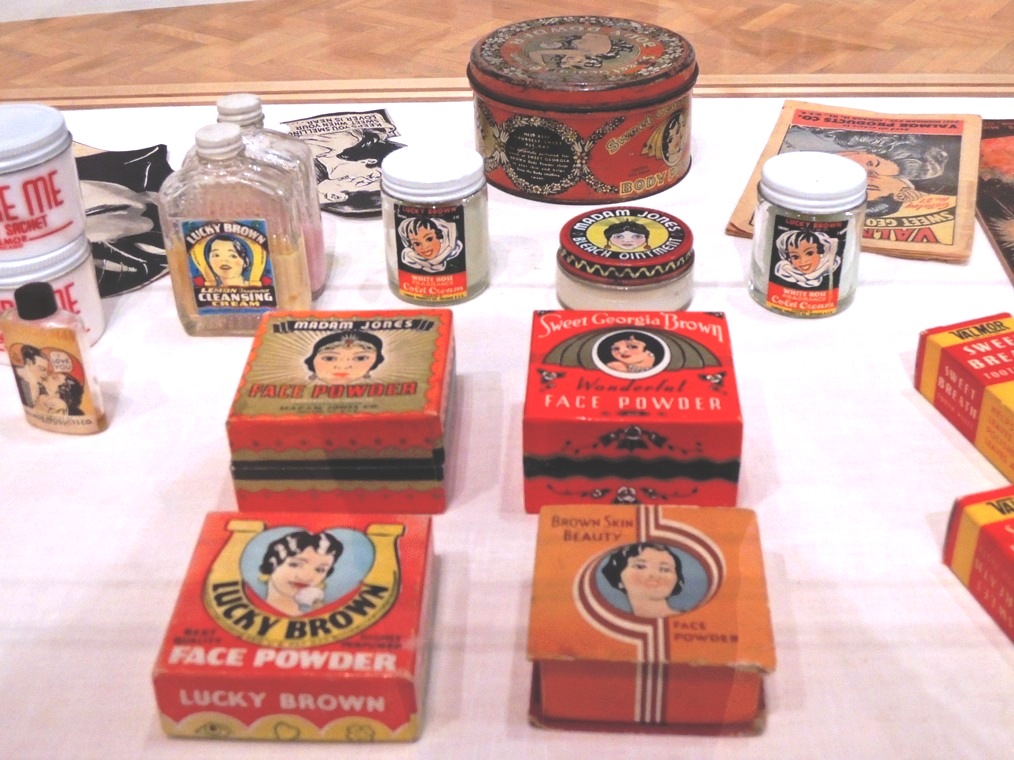 Dawson was the only black artist to have a substantial role in the 1933–1934 Century of Progress Fair, when he received a commission for a mural illustrating the Great Migration for the National Urban League’s display in the Hall of Social Science. He also designed, produced, and self-published a children’s book titled, ABCs of Great Negroes. The book consists of 26 portraits of African American and African leaders with brief biographies on the facing pages. The final page of text explains his inclusion of Ethiopian and Egyptian figures. Distinguished men and women include Neferti, Toussaint l’Ouverture, Rastafari, Frederick Douglas, Booker T. Washington, Alexander Pushkin, George Washington Carver, Kheops, as well as various educators, business and community leaders of the thirties. 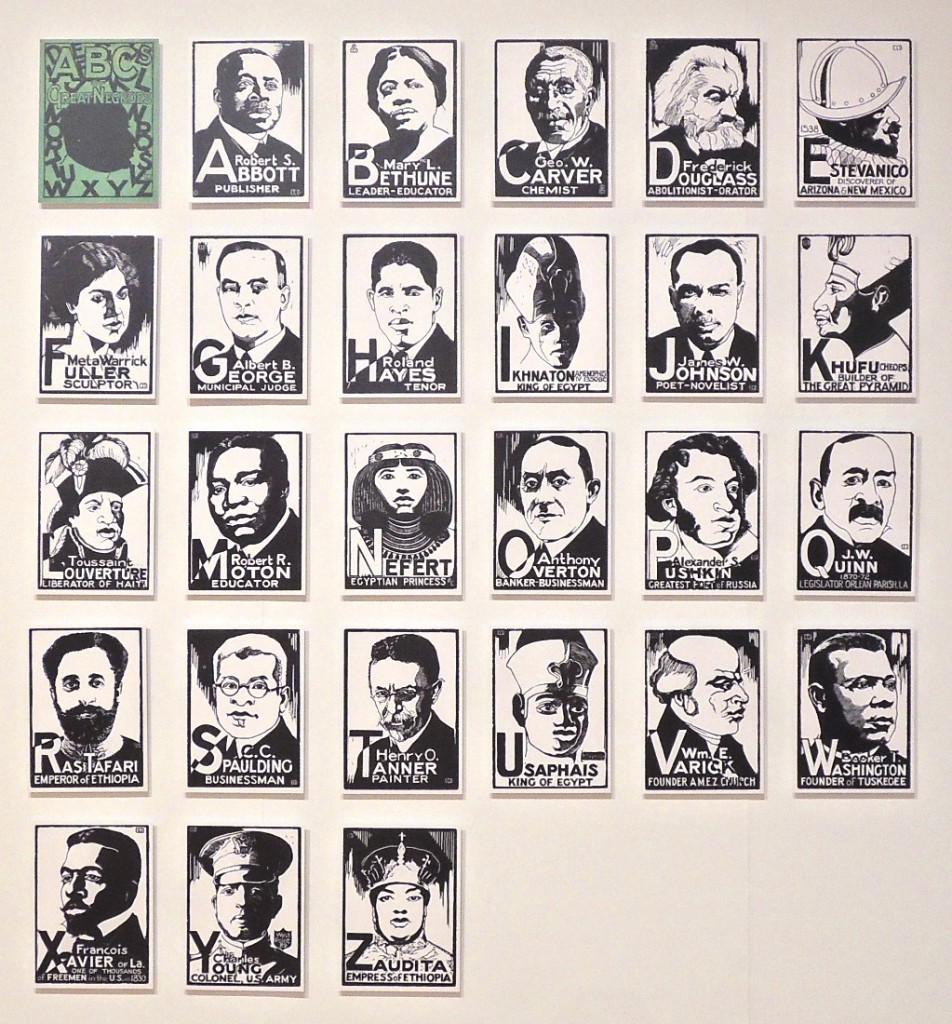