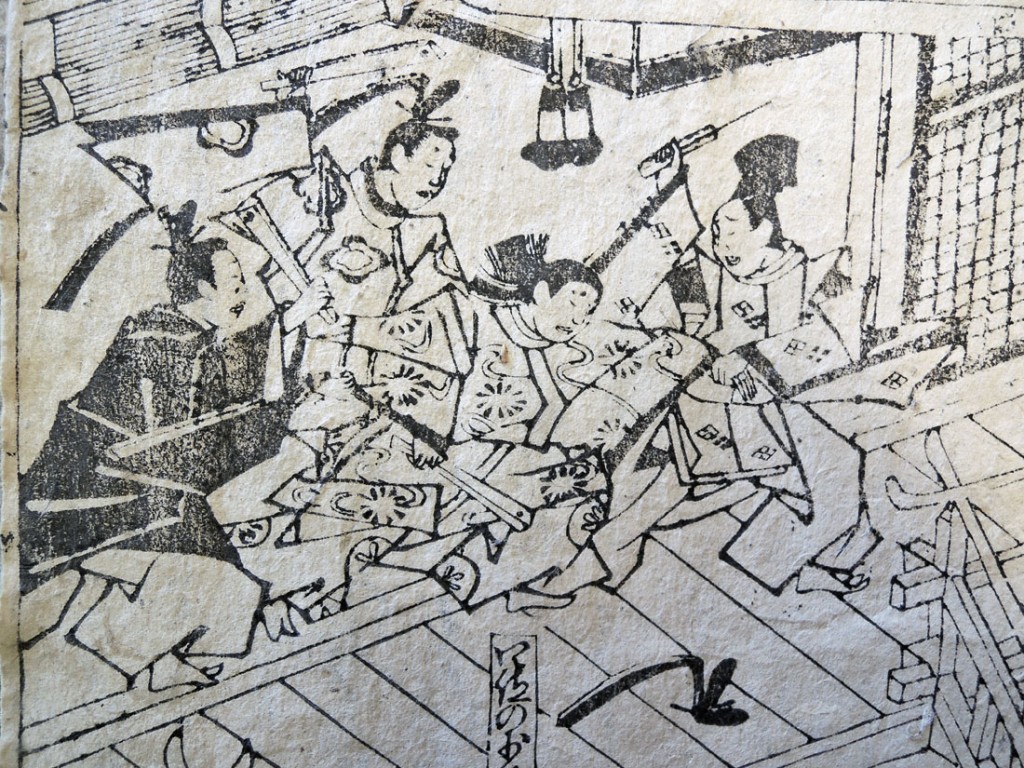 “Hitomotogiku (A Single Chrysanthemum) a tale of the nobility in the form of a Nara picture book, recounts (like many otogi-zoshi about the nobility) the cruelties of a wicked stepmother; but it is unusual in that there are two victims, a brother and a sister, rather than a single Cinderella in the tradition of the stepmother stories of the Heian and Kamakura periods.

The boy (like Genji) is exiled, and the girl (like Ochikubo) is shut up in a wretched house, but despite these Heian touches, the work betrays its Muromachi origins in such passages as the account of a pilgrimage to Kiyomizu-dera, another temple sacred to Kannon.

Worship of Kannon was certainly not new, but during the Muromachi period pilgrimages to the thirty-three temples sacred to Kannon became a craze.” –Donald Keene, Seeds in the Heart: Japanese Literature from earliest times to the late sixteenth century (New York: Holt & Co., 1993): 1096. 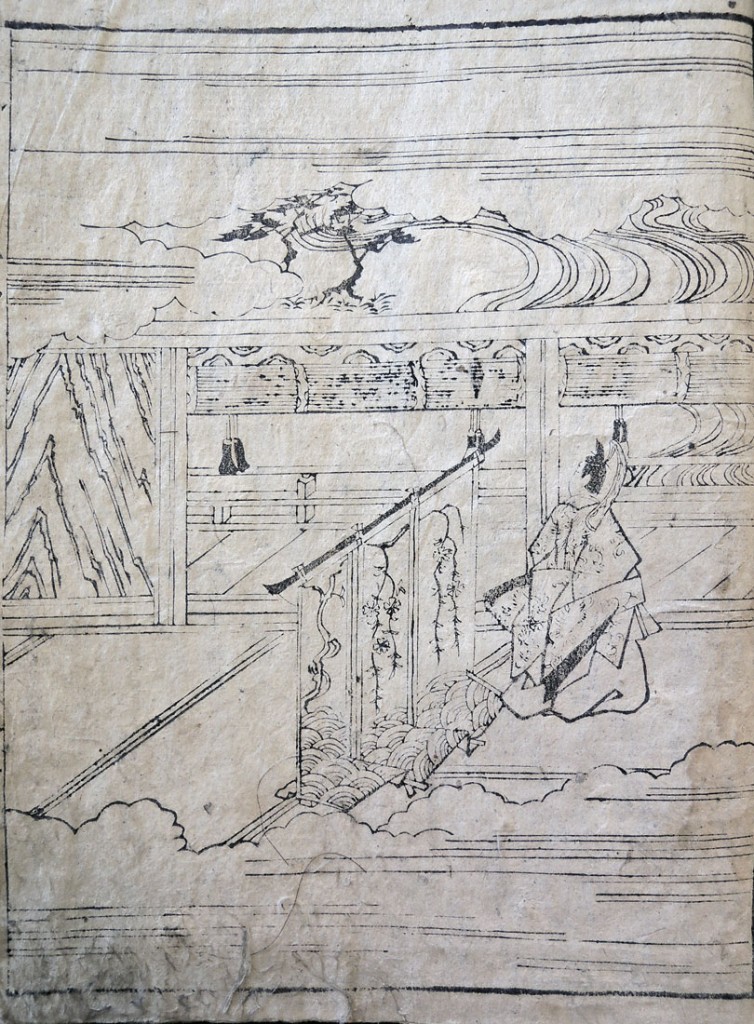 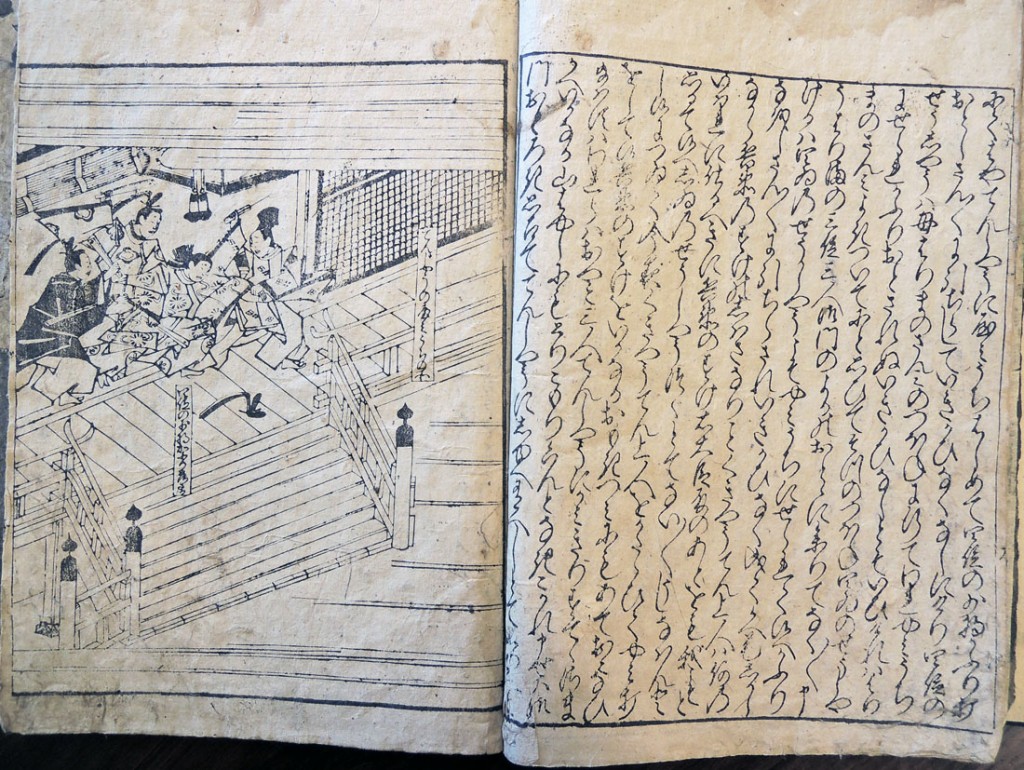 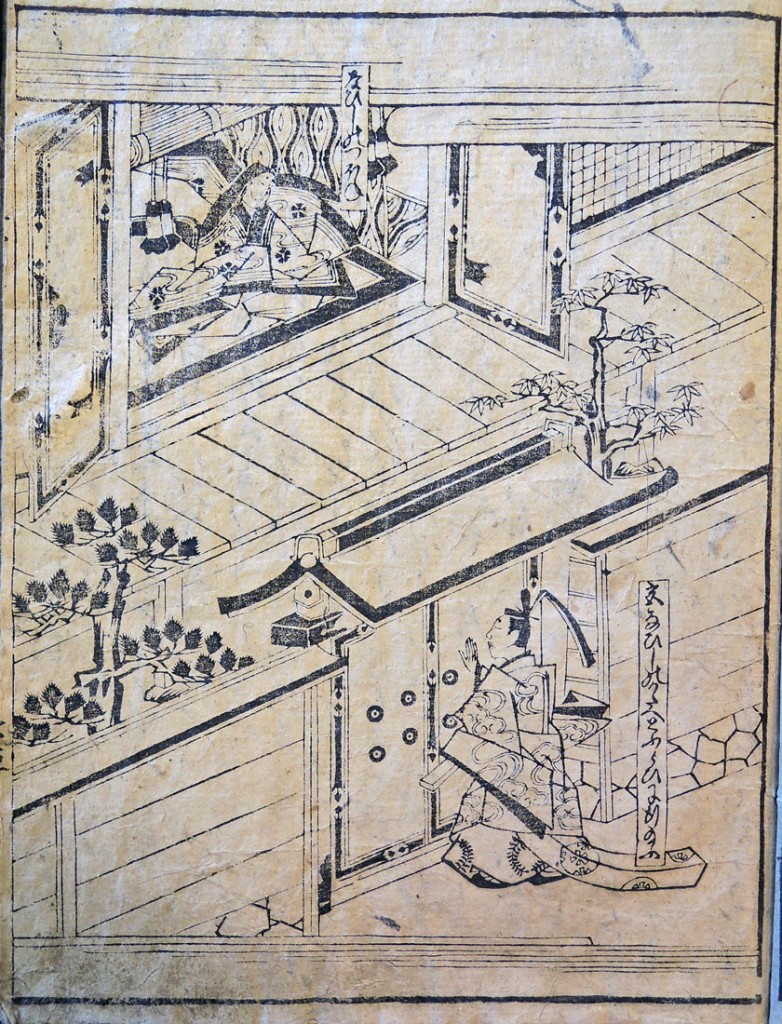 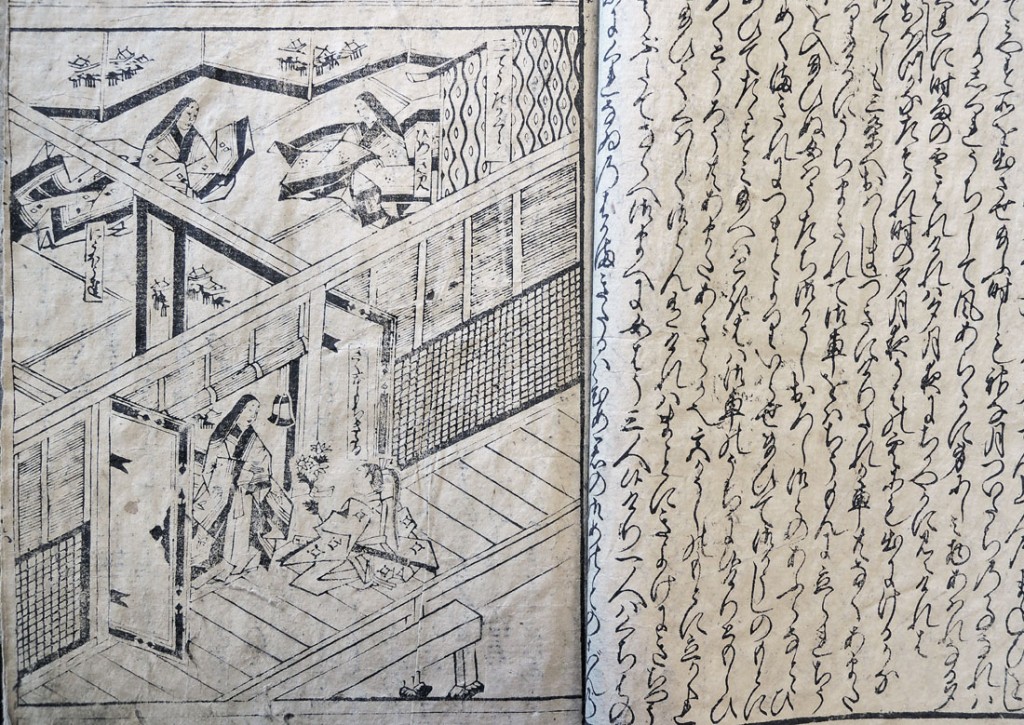