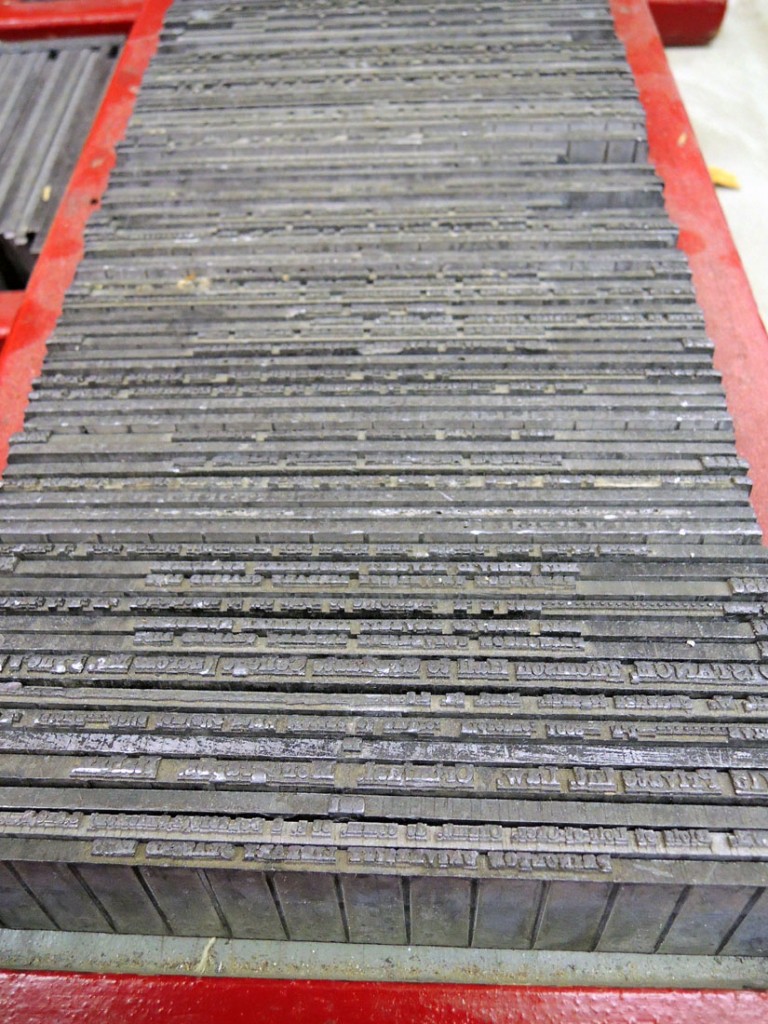 “By 1894 [Ernest Cushing] Richardson had a small linotype machine established in the Chancellor Green Library at Princeton, and he soon began experimenting with printing book lists, subject lists and finally a catalog based on the shelf list of the entire Princeton collection.

Out of such experience, over a period of years, grew his firm conviction that the printing of bibliographic entries, restricted without exception to one line each, was the cheapest possible method.

In 1904 he stated, ‘the greatest administrative mistake of modern libraries in America is the failure to provide the comparatively inexpensive brief title printed catalog.’ For less than fifteen dollars he printed a list of thirty-five hundred titles in mathematics.

In 1916 he estimated the entire Princeton Library catalog could be printed from three hundred thousand bars, the sheets to be contained in six loose-leaf binders. For fifteen hundred dollars, twenty thousand titles of accessions at Princeton could be printed and interfiled each year. Such printed catalos would be a great boon to libraries, especially for interlibrary loans, and might even supersede the official card catalog.”–Lewis Capers Branscomb, Ernest Cushing Richardson: Research Librarian, Scholar, Theologian, 1860-1939 (Scarecrow Press, 1993). Firestone Z720.R53 B73 1993 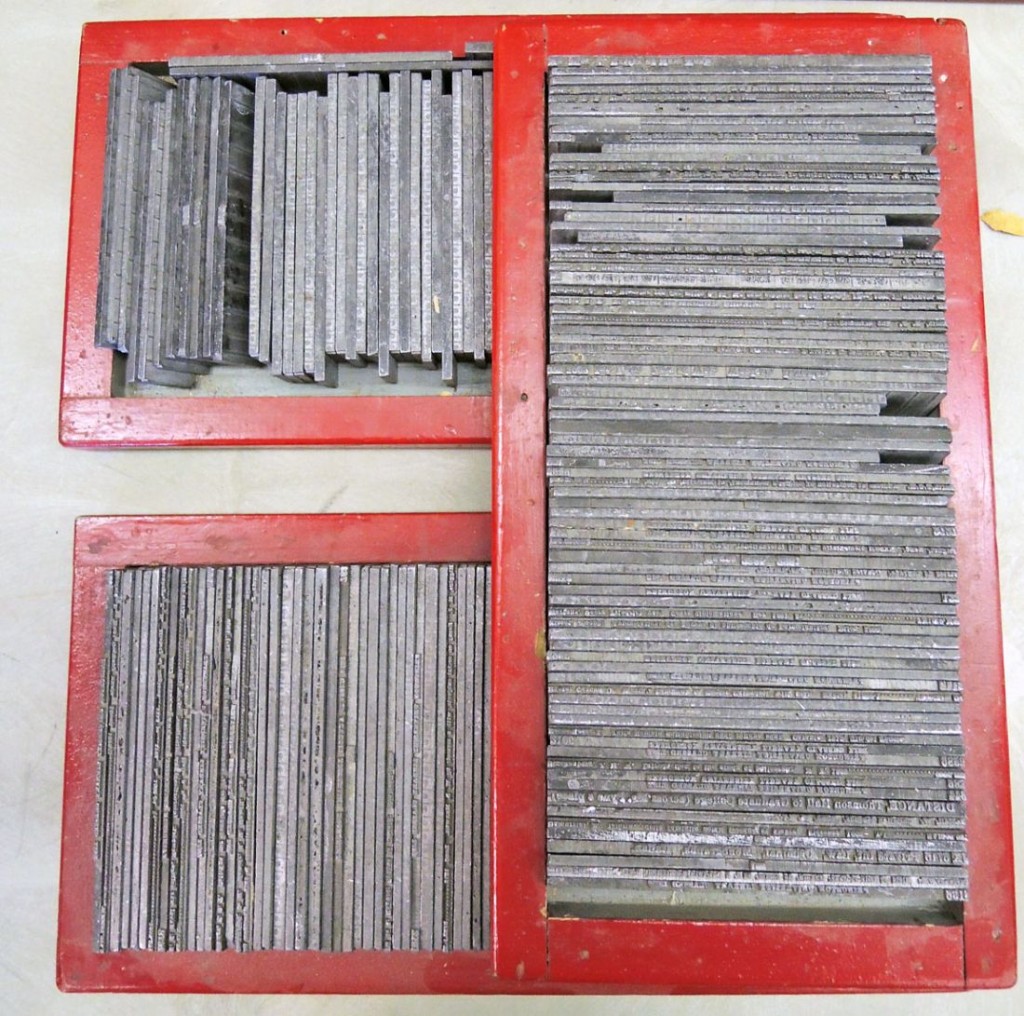 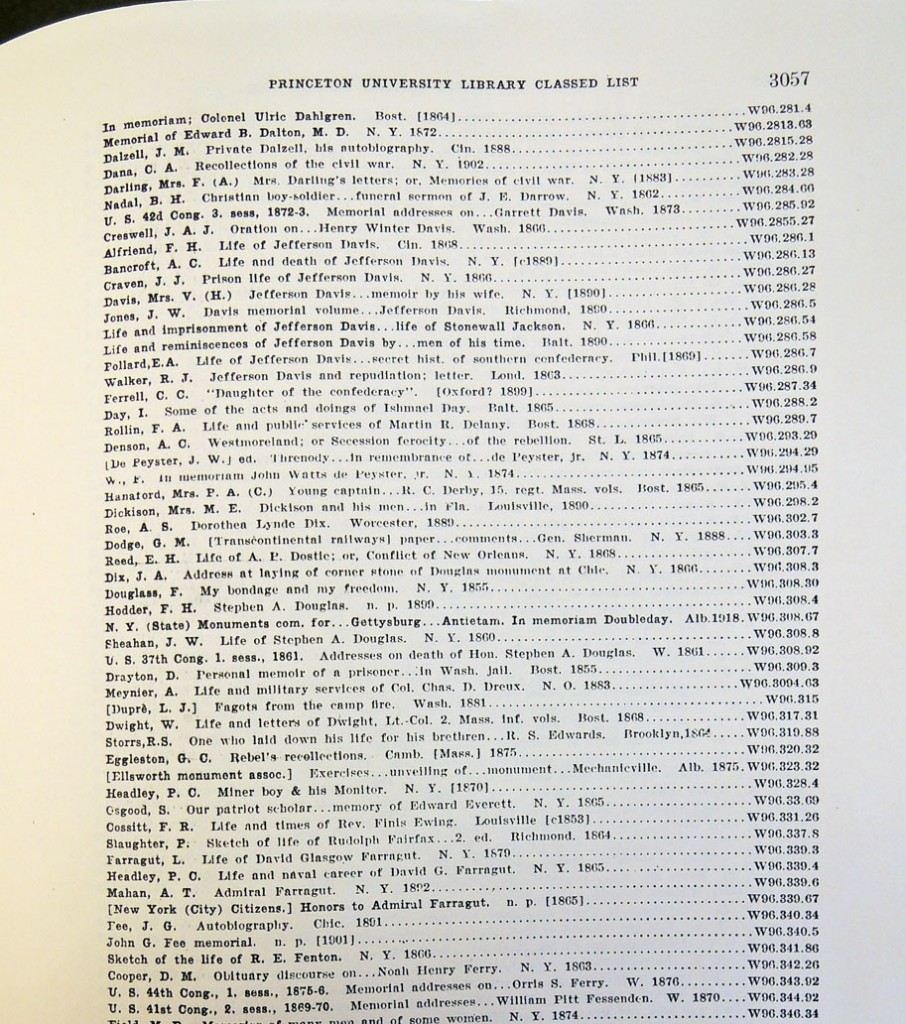 Branscomb continues, “Actually [Richardson] did print the official shelf list in six binders by the title-a-bar method. …It was a great disappointment to Richardson when Gerould, his successor, discontinued in 1920 the printed catalog in favor of bolstering the card catalog.”

Ernest Cushing Richardson (1860-1939) was an American librarian and bibliographer who made significant contributions to the field of American librarianship. From 1890 till 1925, he was director of Princeton University Library and professor of bibliography. In 1925, Richardson became consultant to the Library of Congress. He was named one of the “100 Most Important Leaders [Librarians] had in the 20th Century” by American Libraries in 1999.

Although we do not have the six binders, the linotype for Richardson’s “Classed List” is still in our collection and available for study. 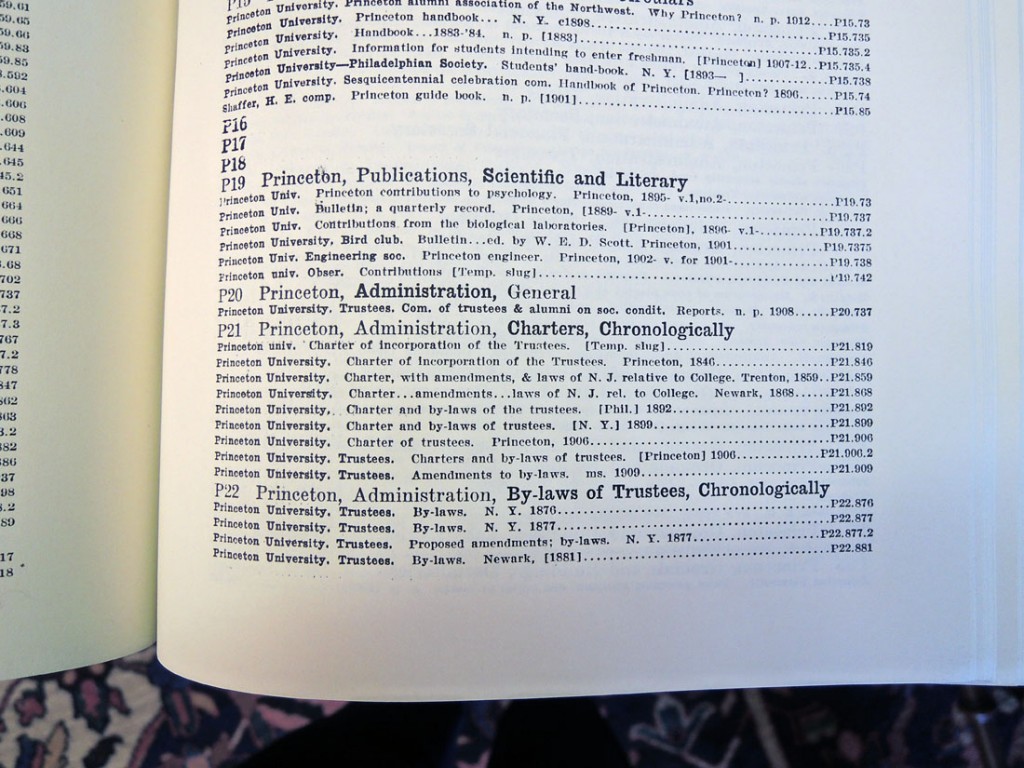 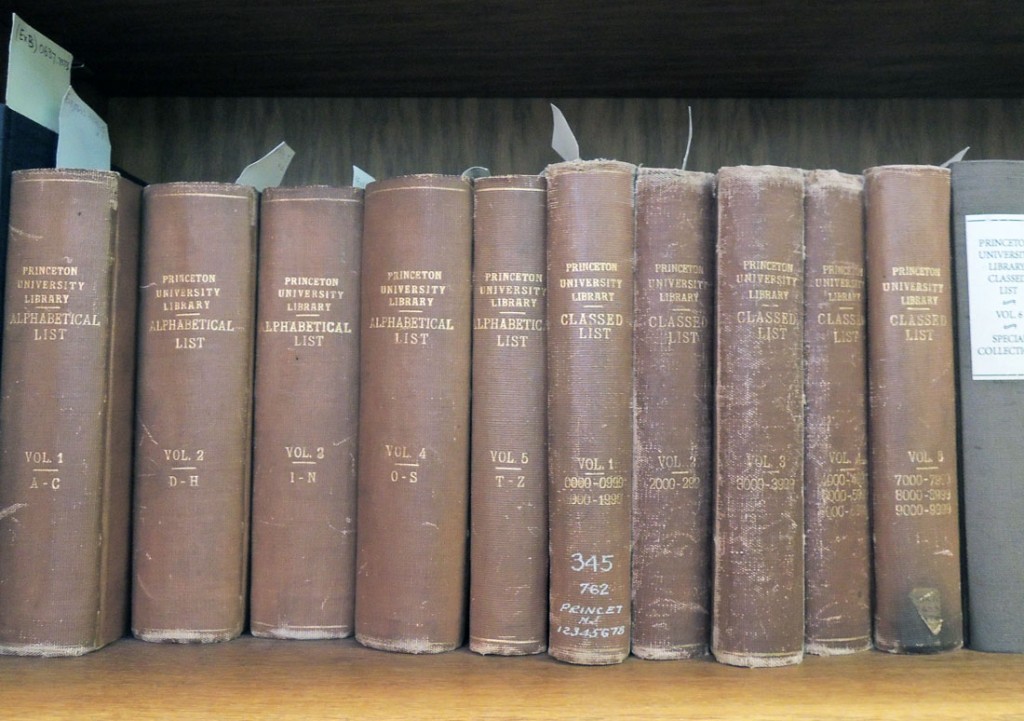