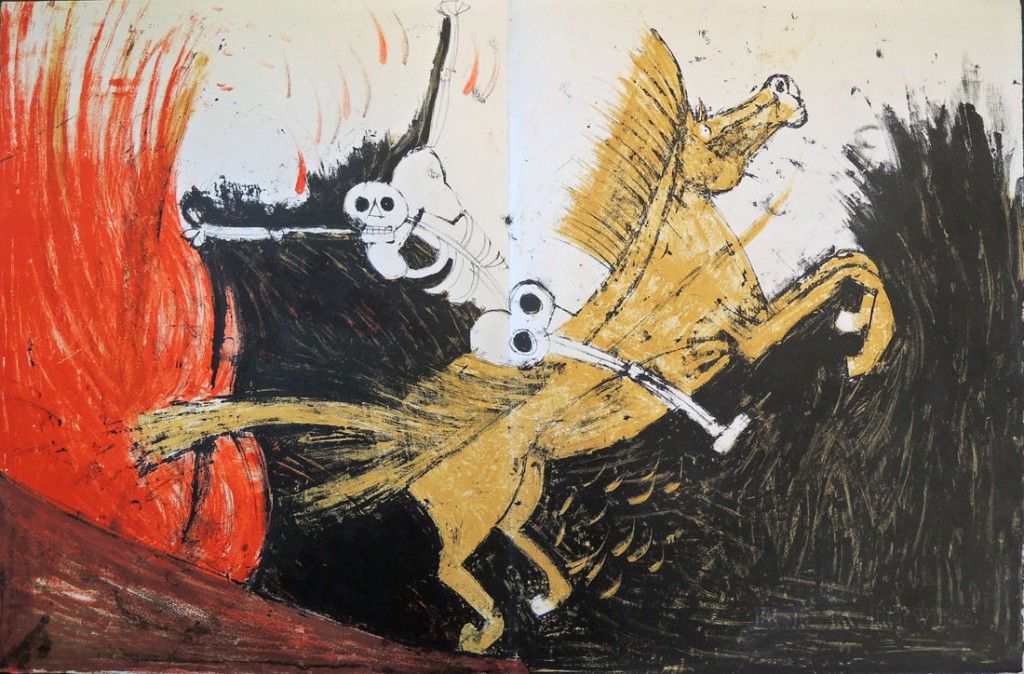 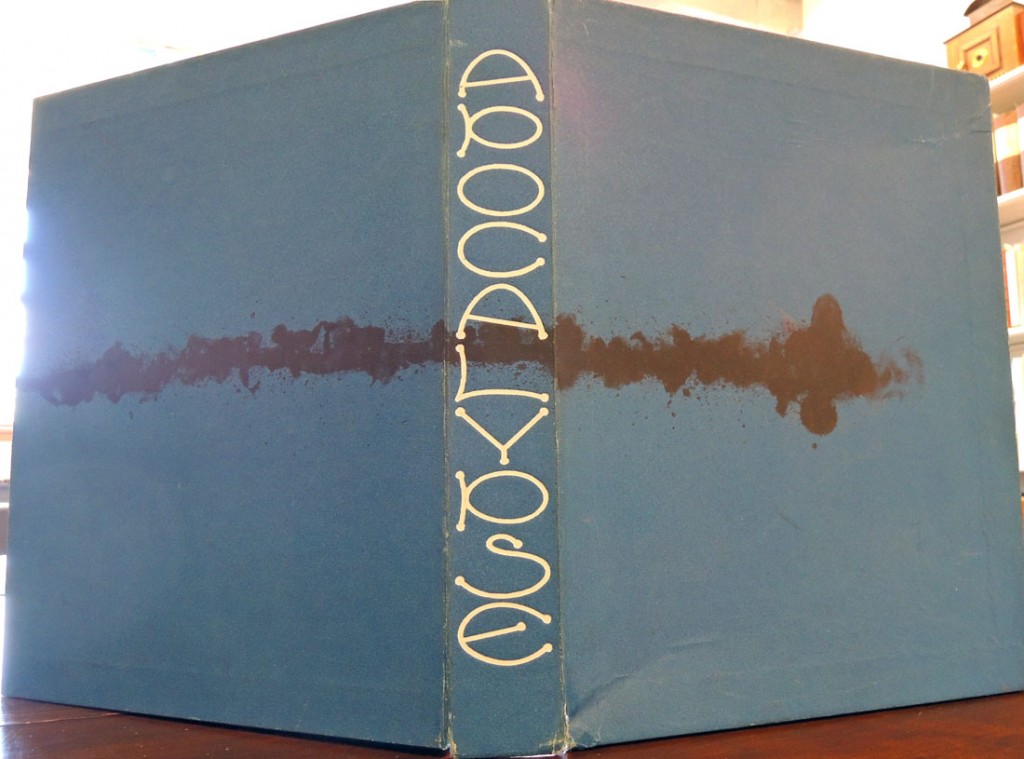 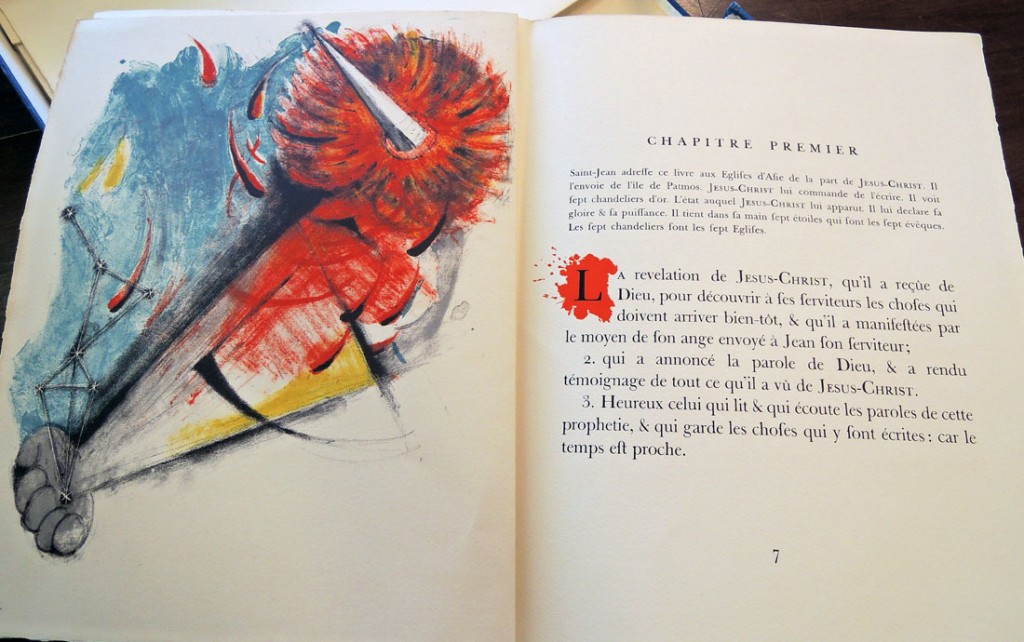 When the Mexican artist Rufino Tamayo died in 1991 at the age of 91, Michael Brenson wrote an extended obituary for the New York Times. He called Tamayo “a force in Mexican art for more than 60 years and one of the leaders of the Mexican Renaissance.” He continued “Mr. Tamayo was prolific. Although he is best known for his painting, he was an influential printmaker who liked being involved in every step of the process, including making his paper by hand.”

The Graphic Arts Collection is fortunate to have acquired the most beautiful livre d’artiste by Tamayo, Apocalypse of St. John (Apocalypse de Saint Jean), which he completed in 1959. The cardboard clamshell box with Tamayo’s design across the front and back, is in surprisingly good condition after almost 60 years. The color of his lithographs is fresh and pure. It is Tamayo’s color that many of us loved the best.

“If I could express with a single word what it is that distinguishes Tamayo from other painters of our age,” commented Octavio Paz, the Mexican poet and Nobel laureate, “I would say, without a moment’s hesitation: sun. For the sun is in all his pictures, whether we see it or not; night itself is for Tamayo simply the sun carbonized.” 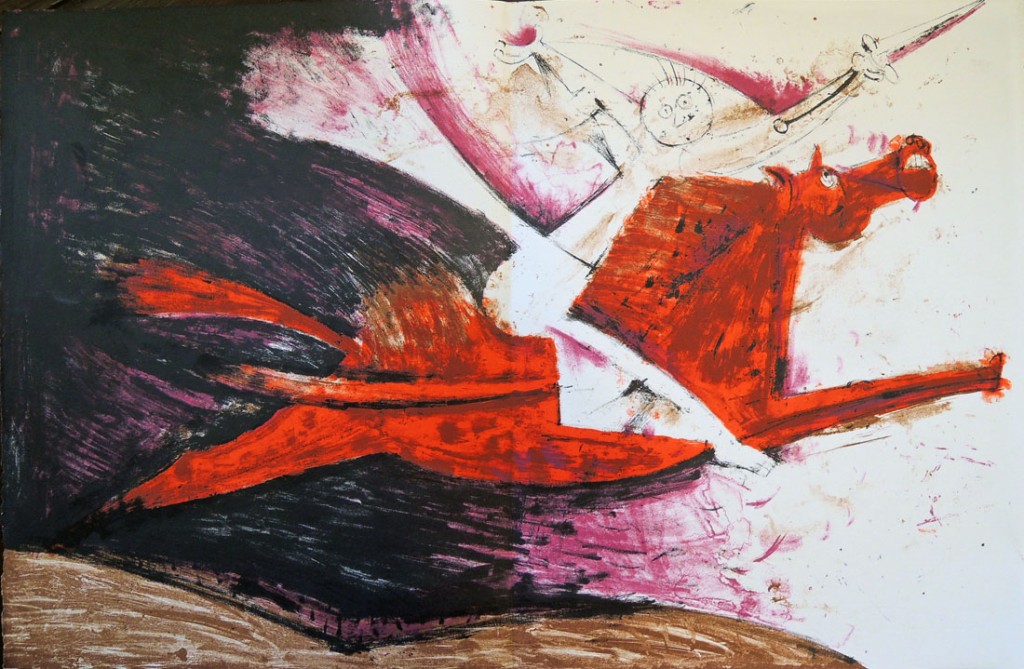 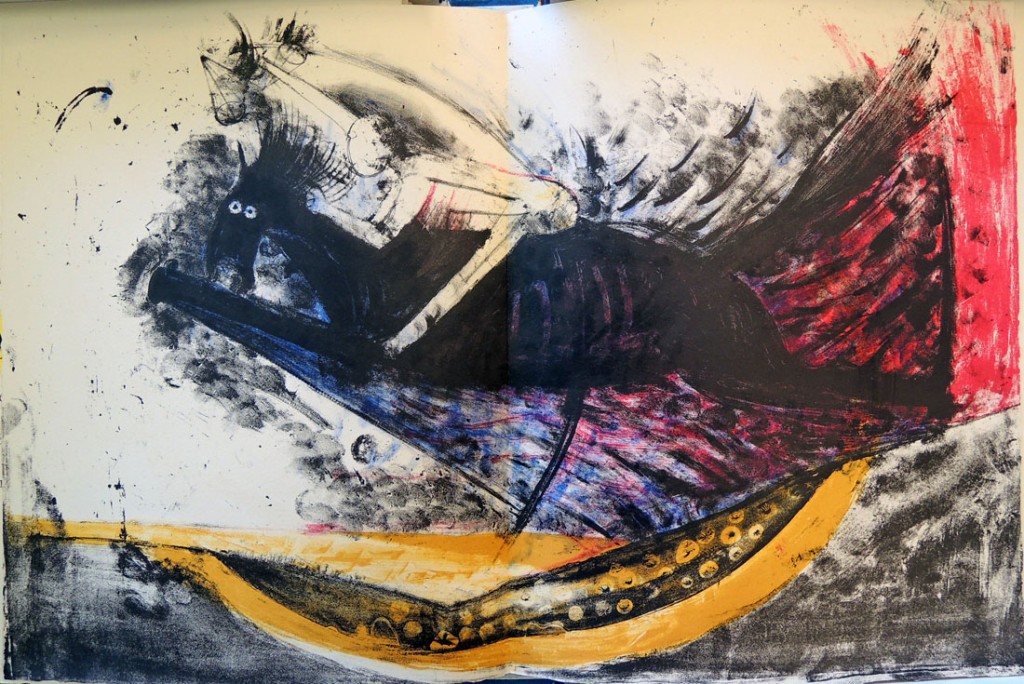 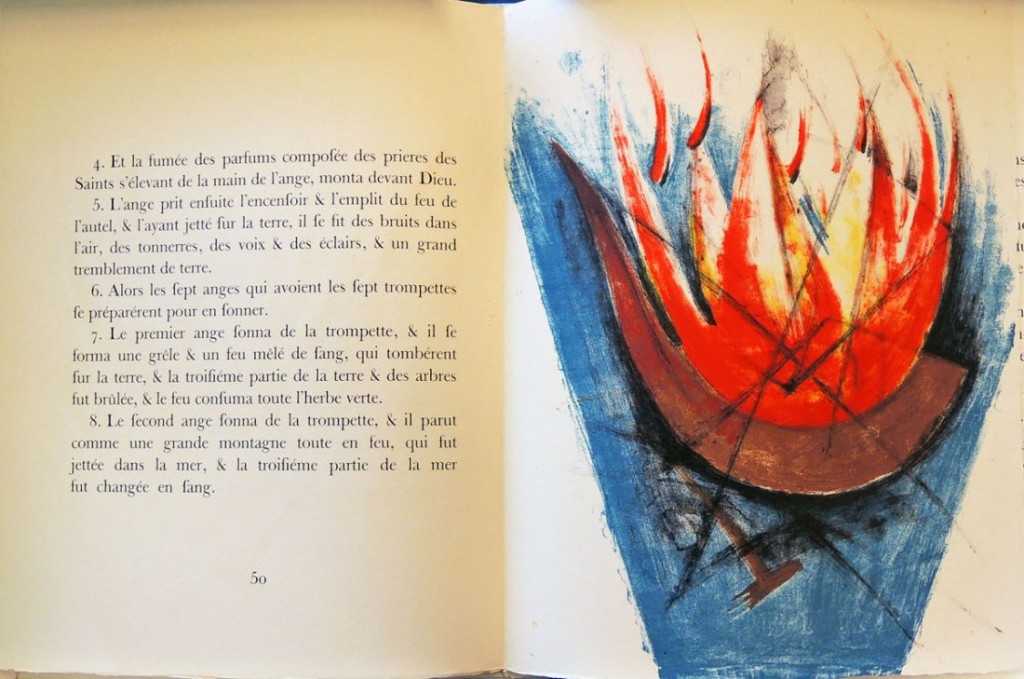 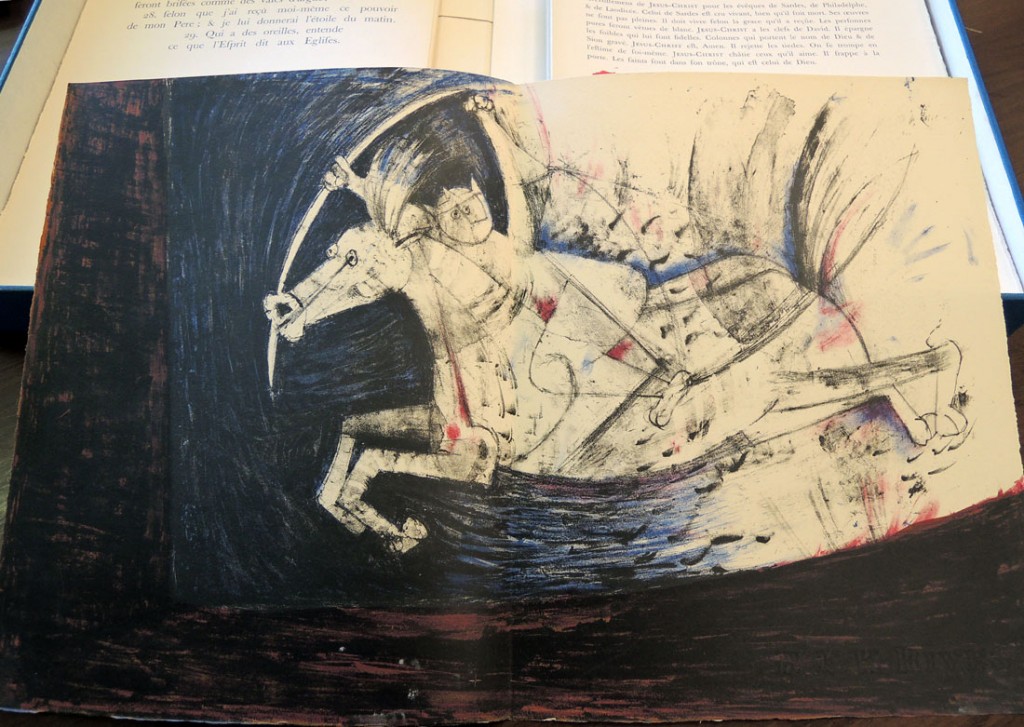 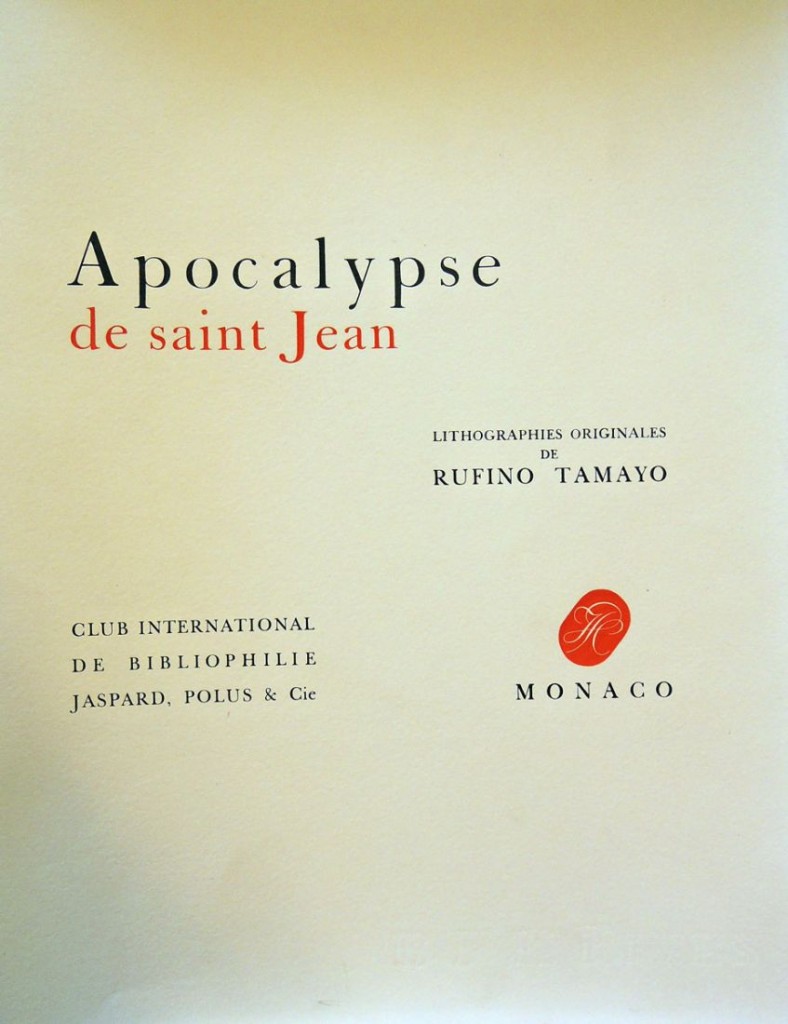 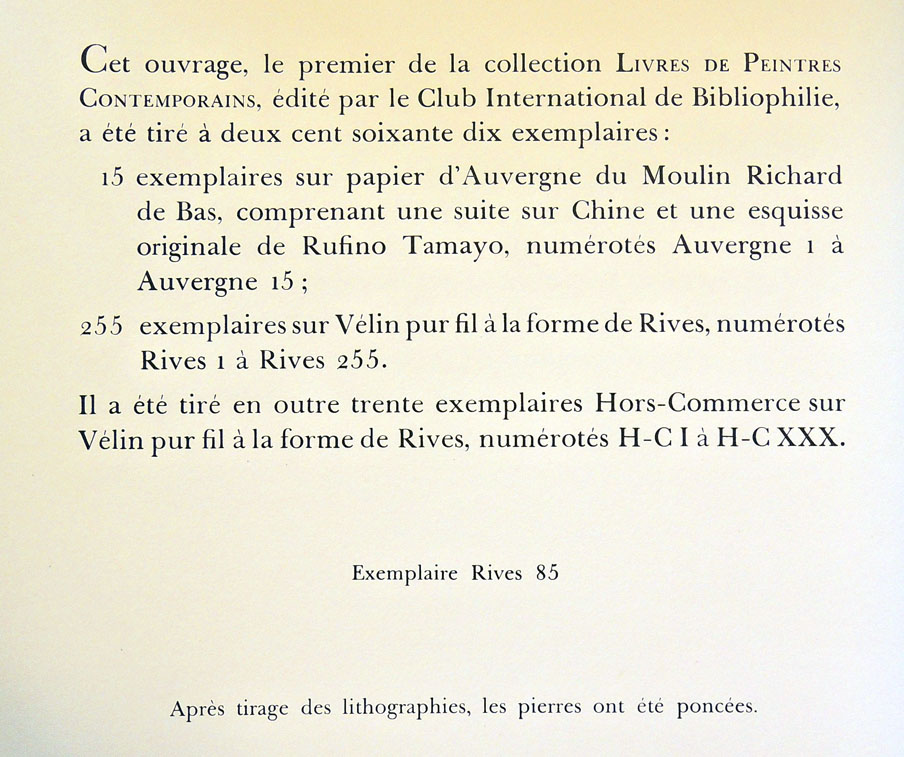