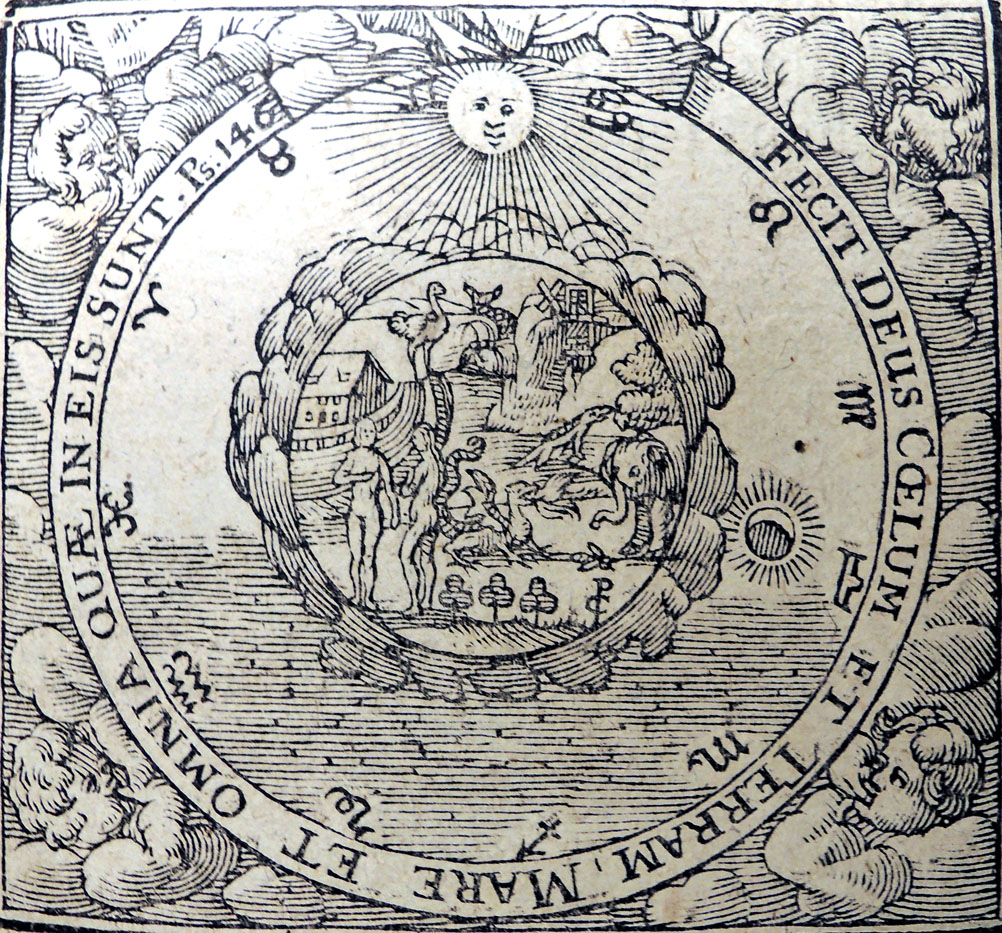 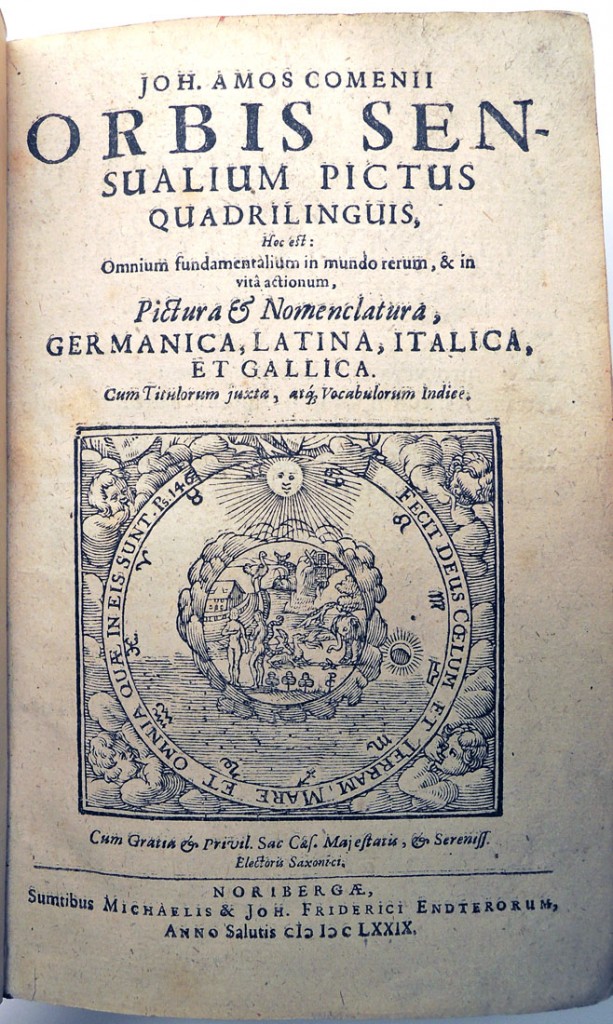 Princeton University library holds over 40 copies of various editions of the children’s picture book by Johann Comenius, The Visible World, A Nomenclature and Pictures of all the chief things that are in the world, and of men’s employments.

This one from the Graphic Arts Collection includes 156 woodcuts repeated from the 1658 edition, designed by Paul Kreutzberger (active 1647, died ca. 1660) and printed by Michael Endter.

The author’s preface offers: “See here then a new help for schools . . .  Which, that you, good Masters, may not be loath to run over with your scholars, I will tell you, in short, what good you may expect from it.”

“It is a little Book, as you see, of no great bulk, yet a brief of the whole world, and a whole language: full of Pictures, Nomenclatures, and Descriptions of things.
I. The Pictures are the representation of all visible things, (to which also things invisible are reduced after their fashion) of the whole world. And that in that very order of things, in which they are described in the Janua Latinæ Linguæ; and with that fulness, that nothing very necessary or of great concernment is omitted.

II. The Nomenclatures are the Inscriptions, or Titles set every one over their own Pictures, expressing the whole thing by its own general term.

III. The Descriptions are the explications of the parts of the Picture, so expressed by their own proper terms, as that same figure which is added to every piece of the picture, and the term of it, always sheweth what things belongeth one to another.” –The Author’s Preface to the Reader. 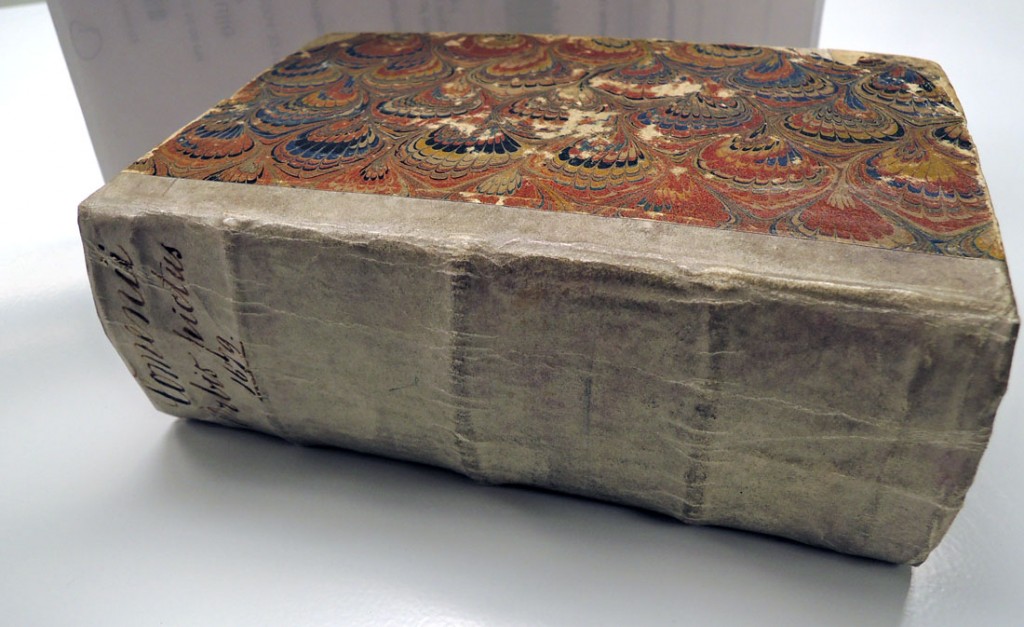 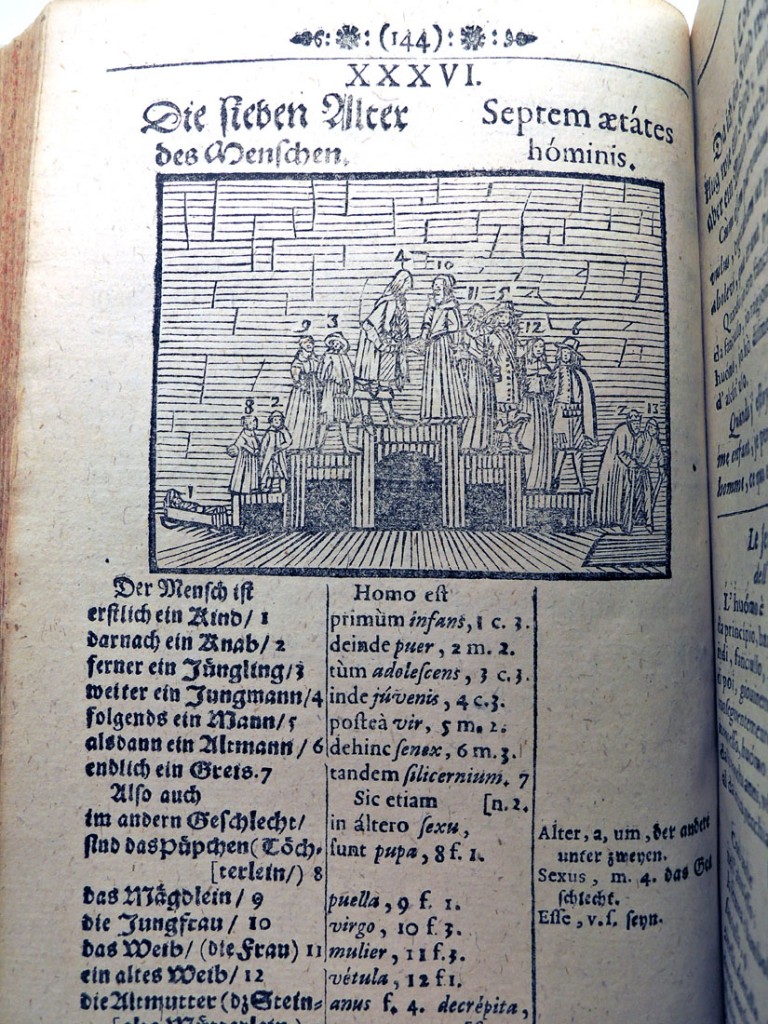 Chapter 39 features a representation of Shakespeare’s The Seven Ages of Man: A man is first an Infant; then a child; then a Boy; then a Youth; Adolescent; a young Man; then a Man; an elderly Man; and, at last, a decrepit old Man.

Chapter 120 describes Married Persons, (by the blessing of God) have Issue and become Parents. The Father, 1. Begetteth, and the Mother, 2. Beareth Sons, 3. and Daughters, 4, (sometimes Twins). It is interesting that the father is depicted as a painter. 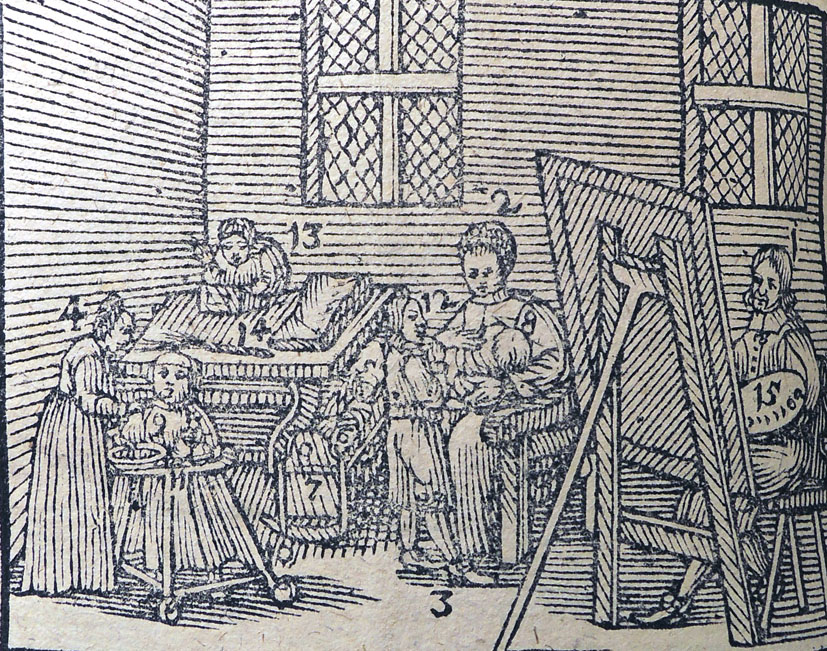