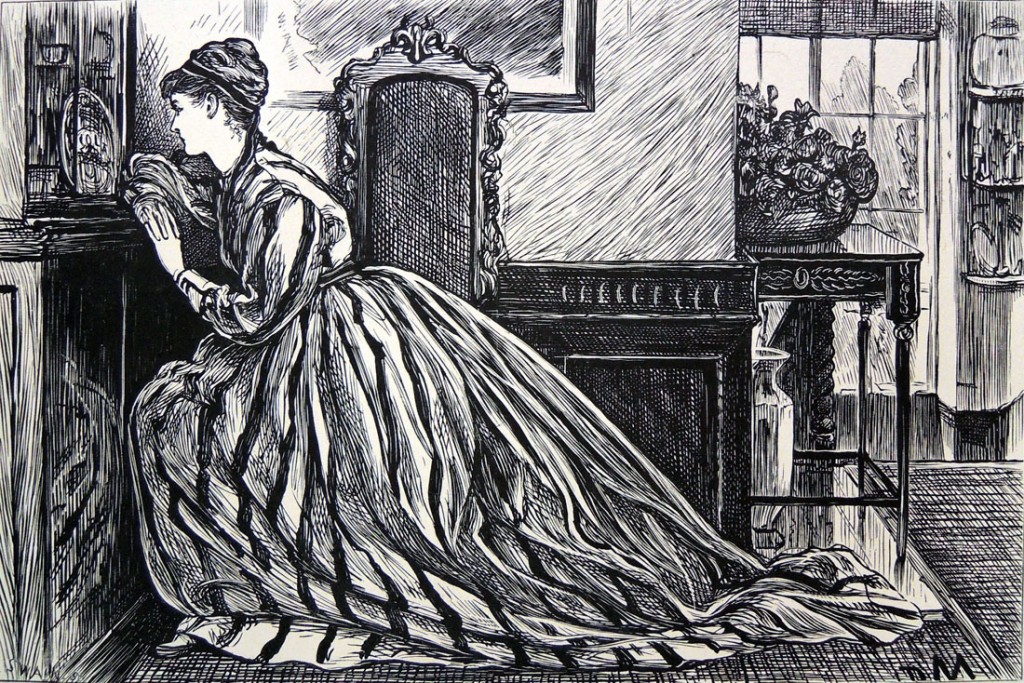 All of these plates were exhibited in 1986 by the Christopher Mendez Gallery in London and selected ones were lent by Smith to the seminal exhibition Modern Illustration at the Victoria & Albert Museum in 1900.

The benefit of having proofs is to see each design clearly and as the artist intended, not always possible once the large editions are printed and bound into the magazine. 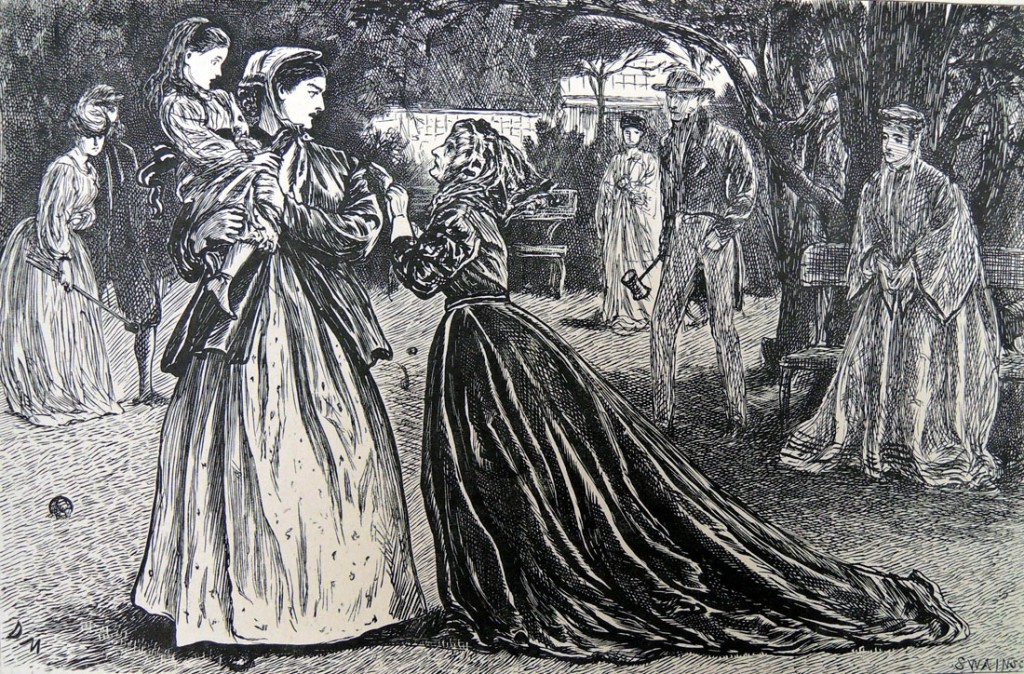 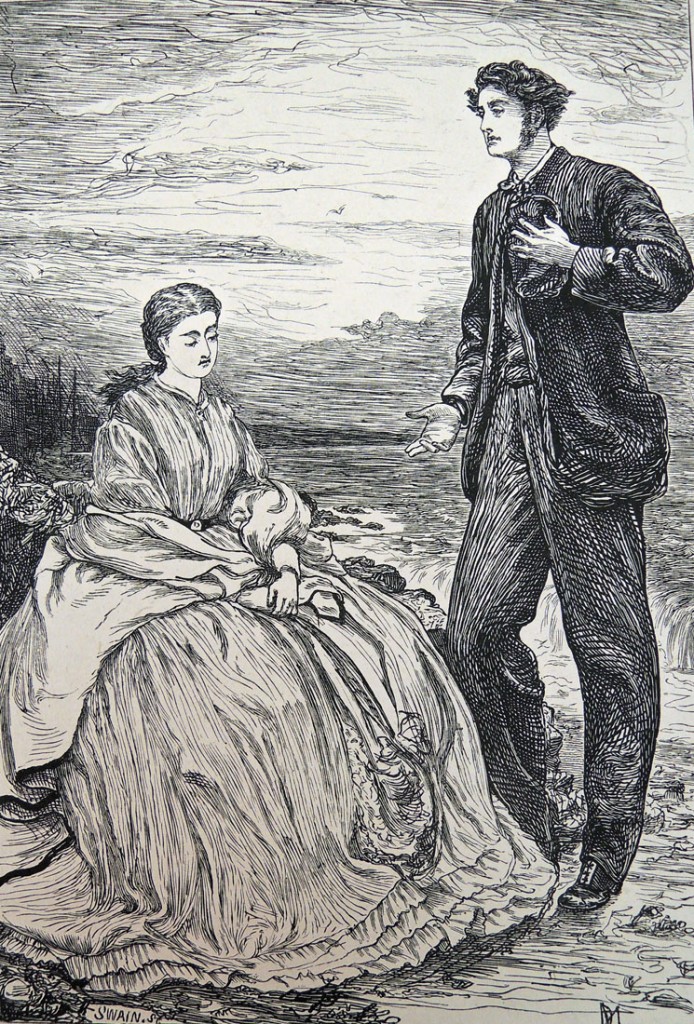 The majority of these proofs are by George Du Maurier, a celebrated Victorian cartoonist and novelist, known in particular as the author of Trilby (1894). Du Maurier worked as a social cartoonist for Punch and satirized the fashions and manners of the Victorian social elite. He also famously parodied the Pre-Raphaelites and the aesthetic movement.

However, for Cornhill he produced straight illustrations for its short stories and poems by authors that included the founder George Smith and first editor William Thackerey. 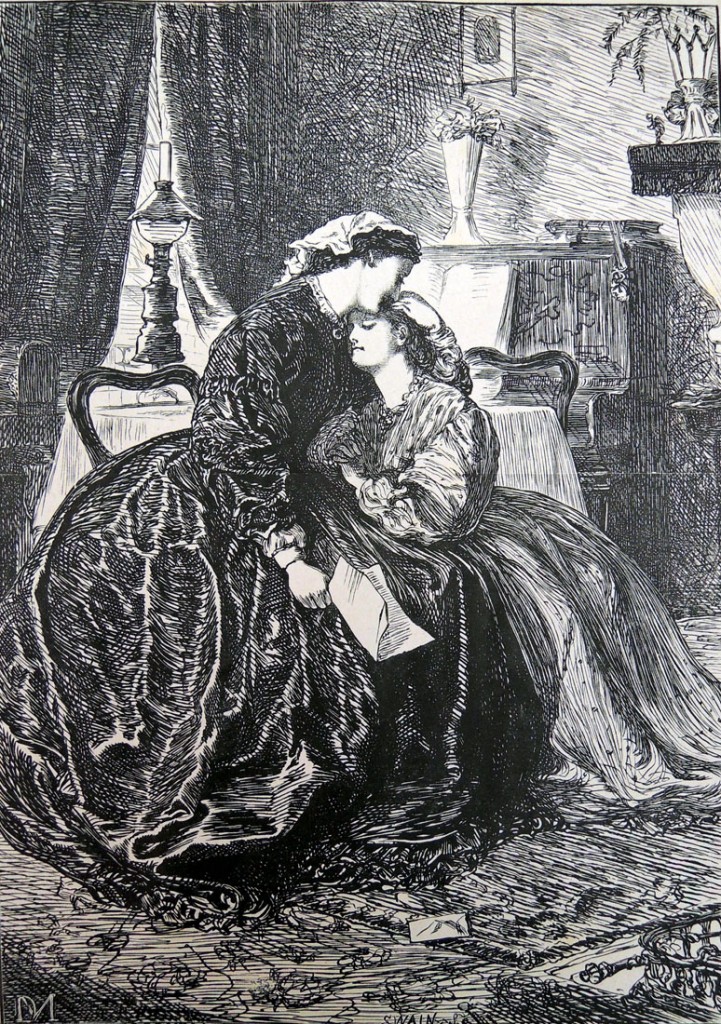 “…He was the man in the world as to whom one could most feel, even as, in some degree, a junior, that not having known him all one’s own did not in the least prevent one’s having known him all his life. Of the so many pleasant things his friendship consisted of none was pleasanter, for a man of imagination in particular, than this constant beguiled admission, through his talk, his habits of remembrance, his genius for recollection and evocation, to the succession of his other days—to the peopled, pictured previous time that was already a little the historic and pathetic past, that one had, at any rate, for one’s self, just somewhat ruefully missed, but that he still held, as it were, in his disengaged hand.

When the wonder at last came of his putting forth Trilby and its companions my own surprise— or that of any intimate — could shade off into the consciousness of having always known him as a story-teller and a master of the special touch that those works were to make triumphant. He had always, in walks and talks, at dinner, at supper, at every easy hour and in every trusted association, been a novelist for his friends, a delightful producer of Trilbys. If there were but one word to be sounded about him, none would in every particular play so well the part of key-note as the word personal; it would so completely cover all the ground of all his sympathies and aptitudes.

…His sense of things had always been, and had essentially to be, some lively emotion about them— just this love or just this hate; and he was full of accumulated, inspiring experience because he was full of feelings, admirations, affections, repulsions. The world was, very simply, divided for him into what was beautiful and what was ugly, and especially into what looked so, and so far as these divisions were—with everything they opened out to—a complete account of the matter, nothing could be more vivid than his view, or more interesting.” –Henry James, “George Du Maurier,” Harper’s New Monthly Magazine (September 1897): 594–609. 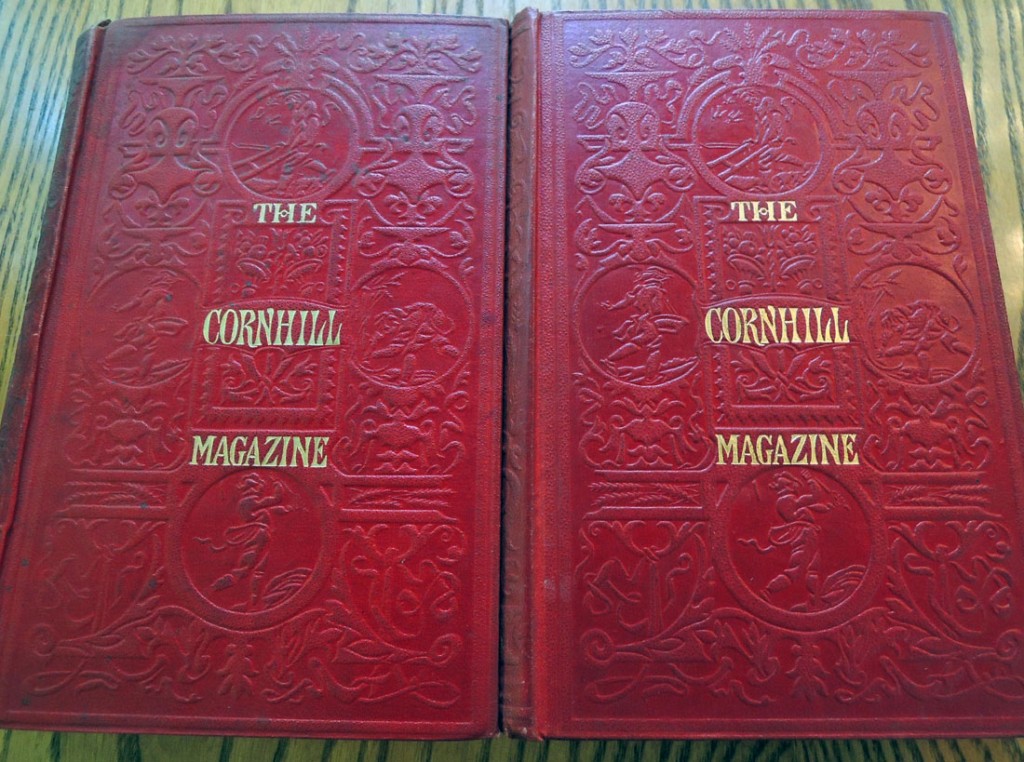 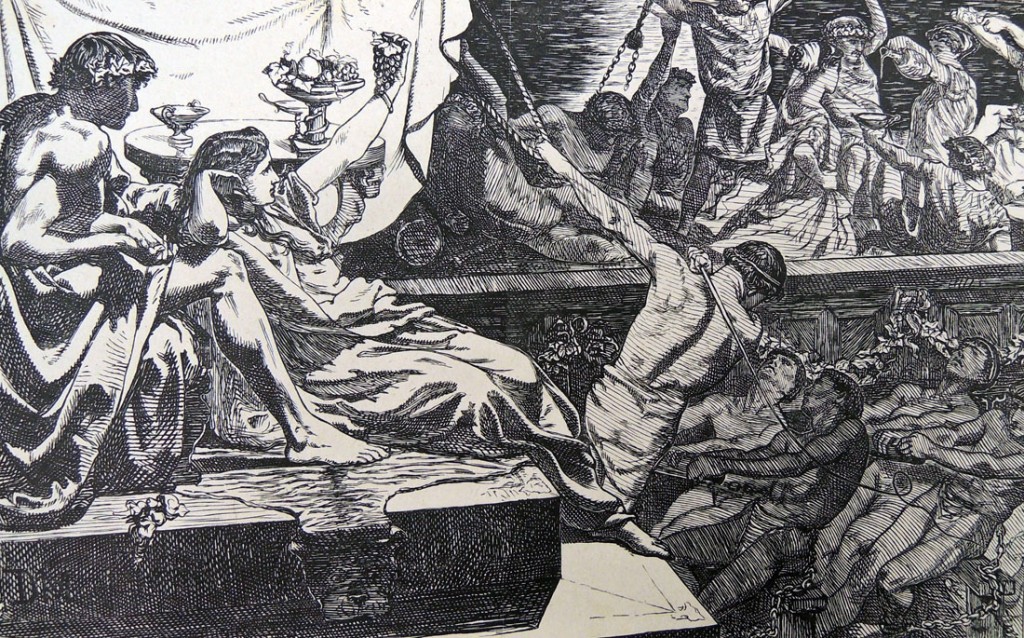