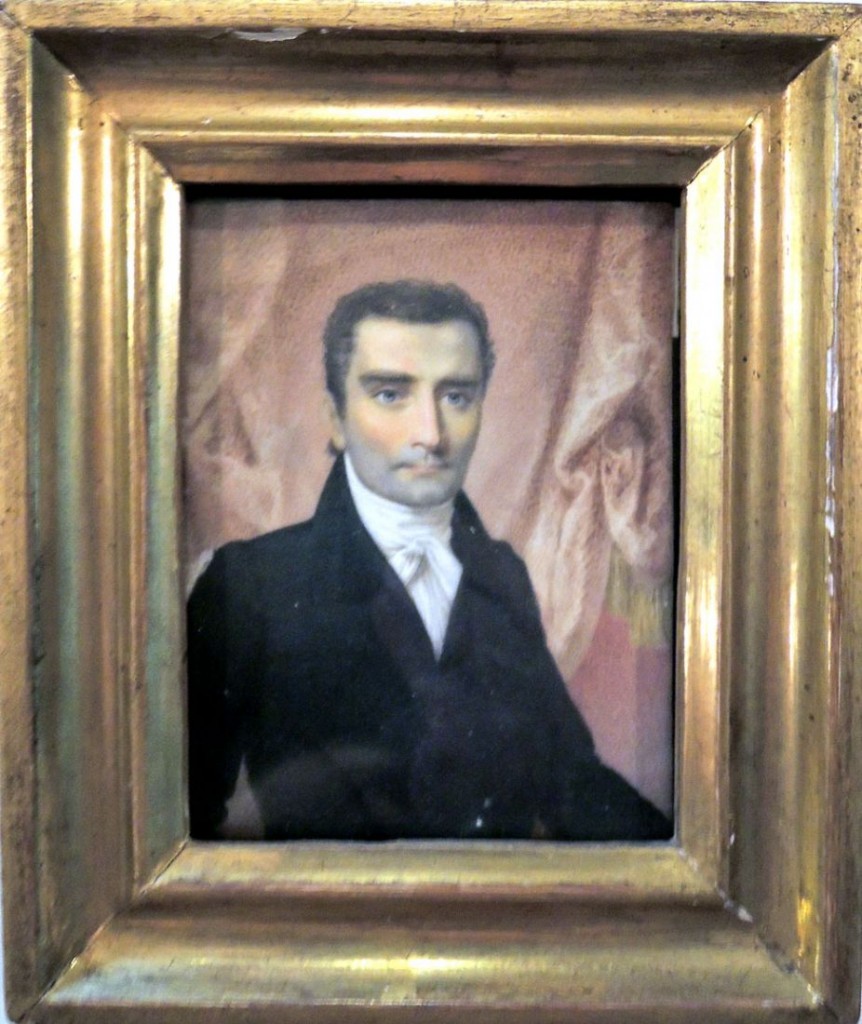 Elihu Spencer Sergeant, Class of 1804, was the son of Jonathan Dickinson Sergeant, Class of 1762, a member of the Continental Congress, and attorney-general of Pennsylvania. According to Donald Egbert, “Young Sergeant, whose mother was the daughter of the Rev. Elihu Spencer of Trenton, a trustee of the College of New Jersey, was born at Philadelphia on May 29, 1787, the eighth child and fifth son of his parents. He entered the College at Princeton, became a member of Whig Hall, and graduated high in his class in 1804, delivering the physical science oration at commencement. Admitted to the bar in Philadelphia in 1808, he practiced law in that city until his death on August 4, 1924 at the age of only thirty-seven.”

This image is slightly out of focus due to the heavy glass over the painted ivory surface. The frame might be contemporary to the portrait, although the thumbtacks holding it together are not. 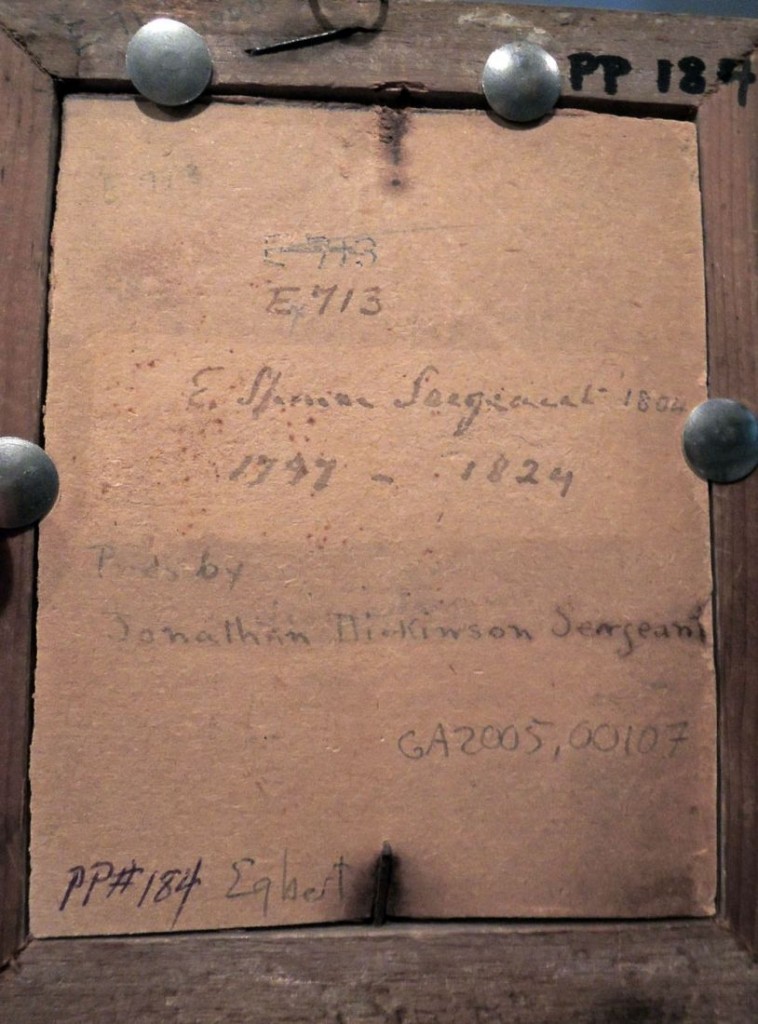