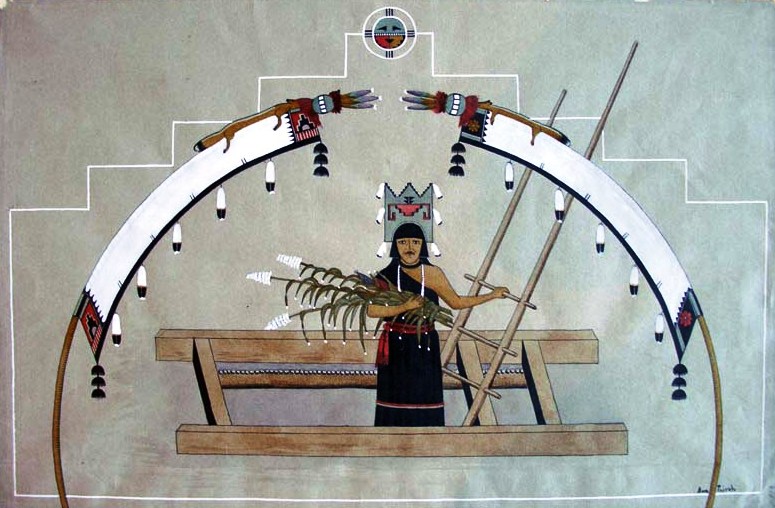 Thanks to the collecting efforts of Alfred Bush, retired Curator of Western Americana, the Princeton University Library has a small but choice collection of paintings by Awa Tsireh (1898-1955, also known as Alfonso Roybal, also known as Cattail Bird). 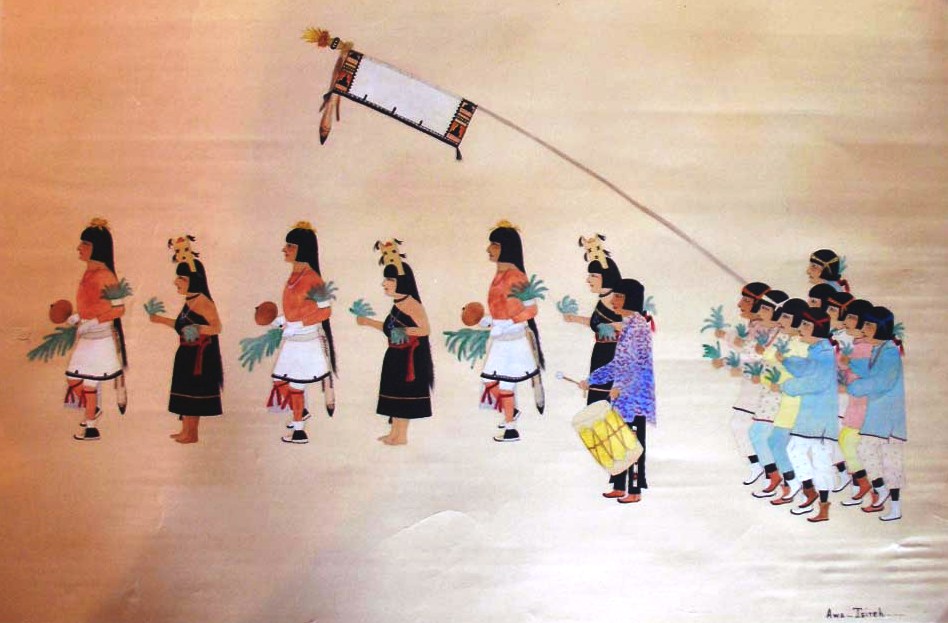 Tsireh was born and raised at the San Ildefonso pueblo in New Mexico. He received a sponsorship from the School of American Research within the Museum of New Mexico in Santa Fe. Among the benefits was a studio in the museum where he could concentrate on his painting full-time.

Represented in a number of American art exhibitions throughout the years, Tsireh is being singled out in a retrospective at the Smithsonian’s American Art Museum in Washington beginning later this week. For more information, see that study guide from 1993 at: http://americanart.si.edu/education/pdf/pueblo_indian_watercolors.pdf. 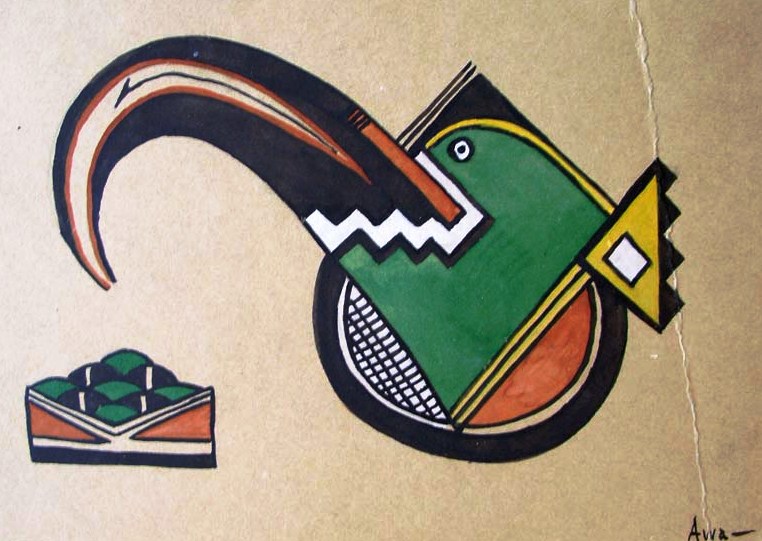 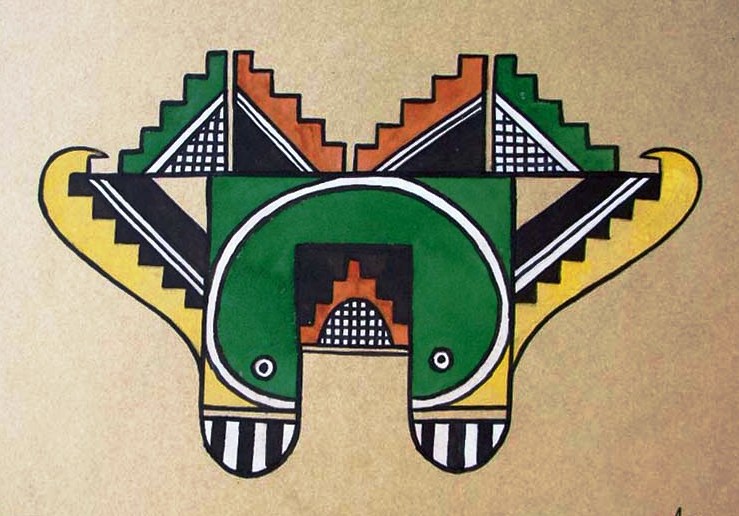 “The paintings of Awa Tsireh (1898–1955), represent an encounter between the art traditions of native Pueblo peoples in the Southwestern United States and the American modernist art style begun in New York, which spread quickly across the country. Tsireh, also known by his Spanish name, Alfonso Roybal, decorated pottery as a young man on the San Ildefonso Pueblo near Santa Fe, New Mexico.

Later, at the encouragement of Anglo patrons, he translated the forms and symbols of his pottery designs into watercolor paintings on paper. His stylized forms echoed the Art Deco aesthetic that was so popular between the two world wars, and his linear compositions appealed to modernist sensibilities.”–American Art Museum. http://americanart.si.edu/exhibitions/archive/2015/tsireh/