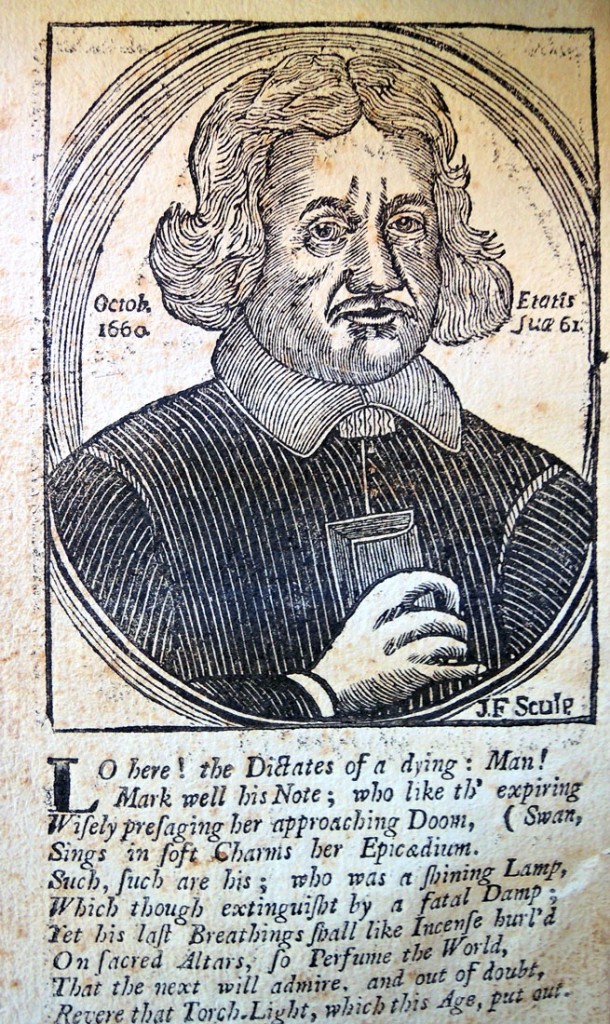 “To the Impartial reader. Be not discouraged from reading this small treatise, because of the unhappy end of a wearisome pilgrimage, which the author met with in this world; if we get a fall in a journey or meet with a great shower of rain so it be in the close of the day when we are near our inn, where we meet with accommodation and refreshment, we are the less troubled. . . .”

Princeton is fortunate to own several copies of A dying father’s last legacy to an only child: or, Mr. Hugh Peter’s advice to his daughter. Written by his own hand, during his late imprisonment in the tower of London; and given her a little before his death (Boston: printed by B. Green, for Benjamin Eliot, at his shop on the north side of King street, 1717). 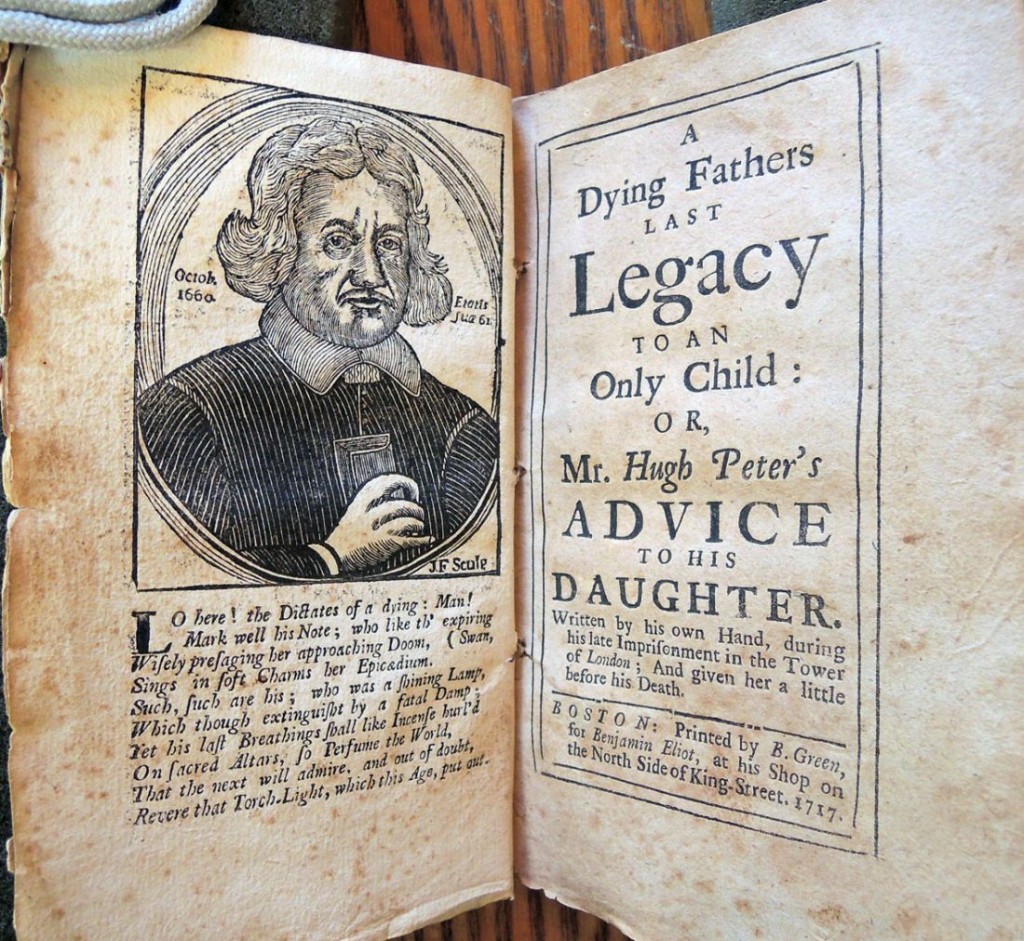 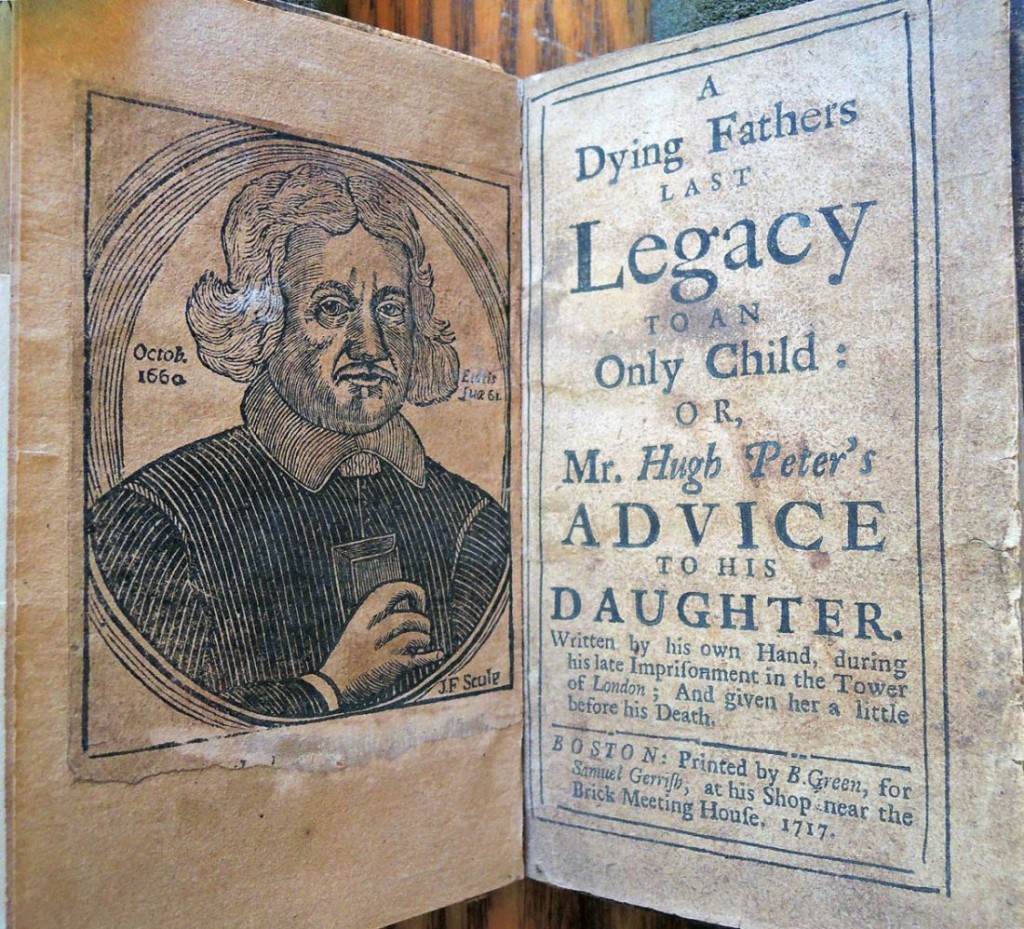 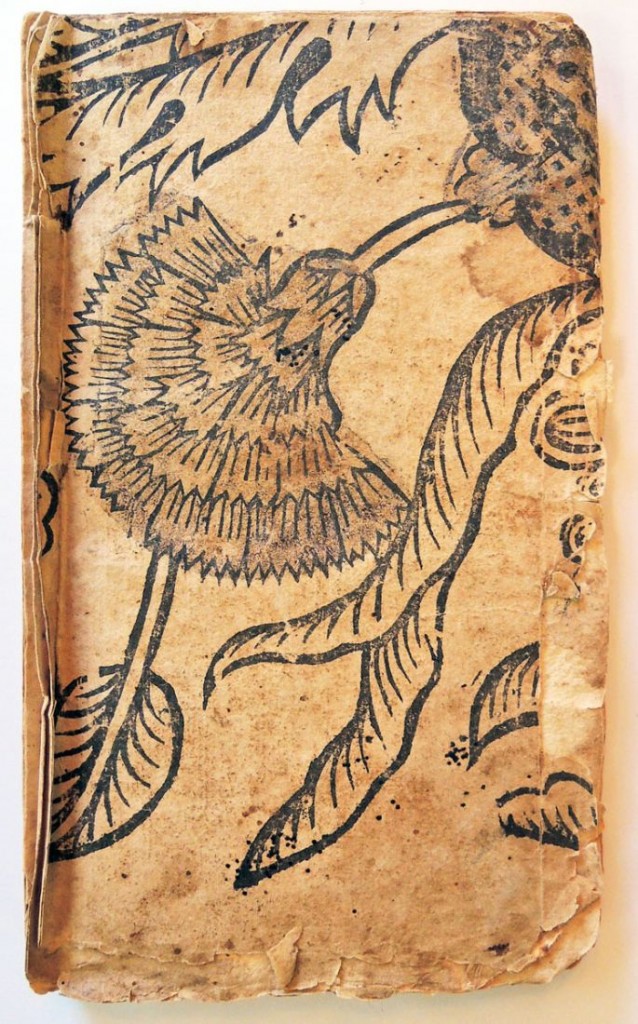 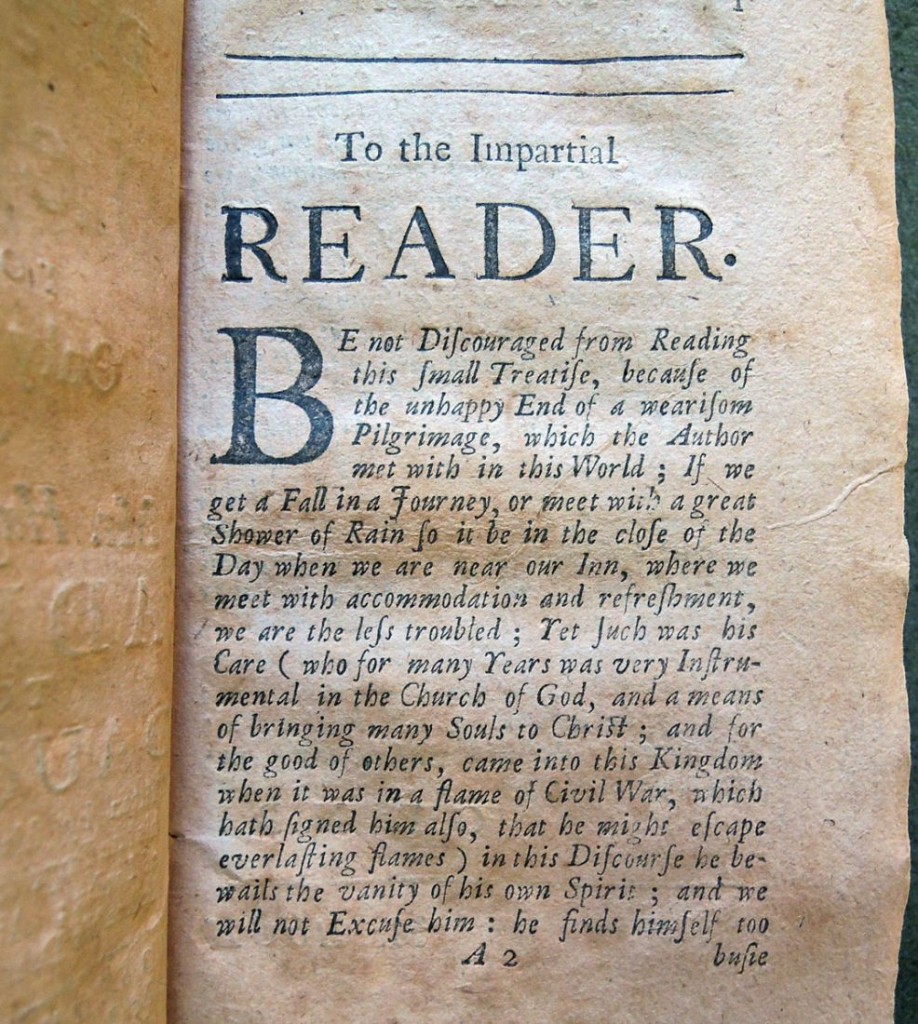 James Franklin (1697-1735), half-brother of Benjamin Franklin, apprenticed as a printer in London before opening his own press in Boston around 1717. In this same year, A Dying Father’s Last Legacy was published with a woodcut initialed J.F., presumably James Franklin, who had also learned the art of wood cutting while in London.

Franklin went on to publish the influential newspaper New England Courant, with twelve year old Benjamin working as an indentured apprentice in James’ printing shop. It is interesting to note that most indentures ran for seven years, while Benjamin’s term was for nine, with journeyman’s pay only in the final year. 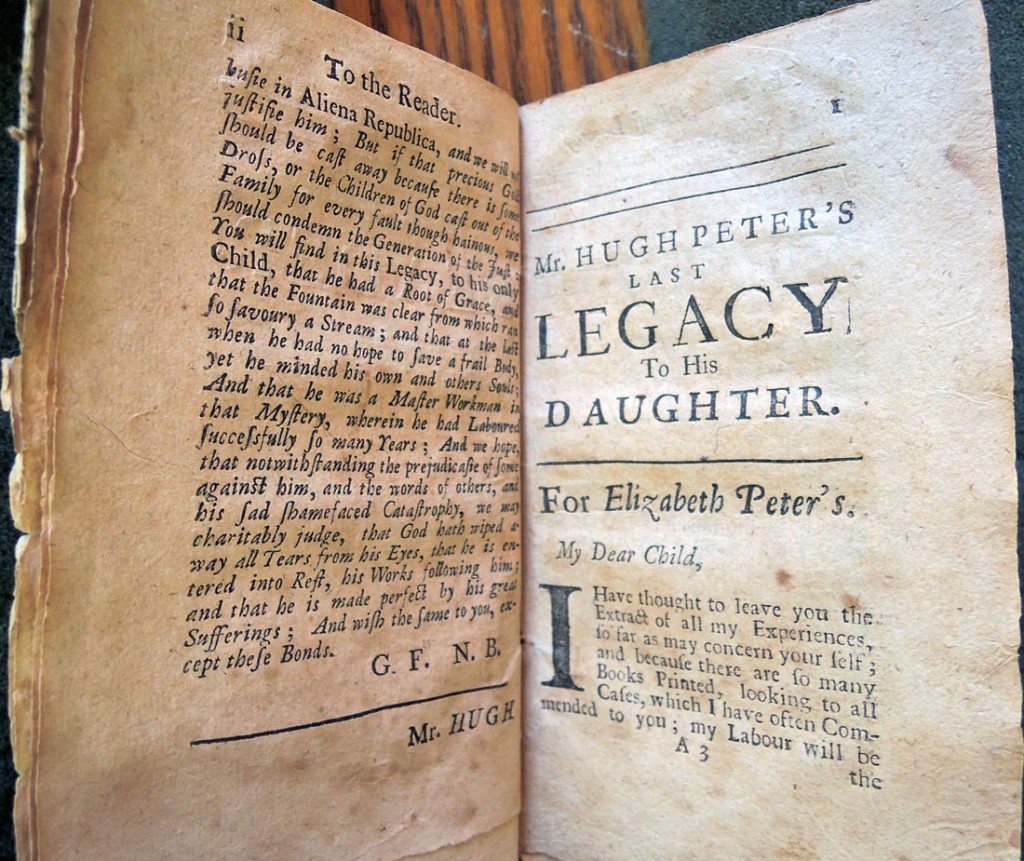