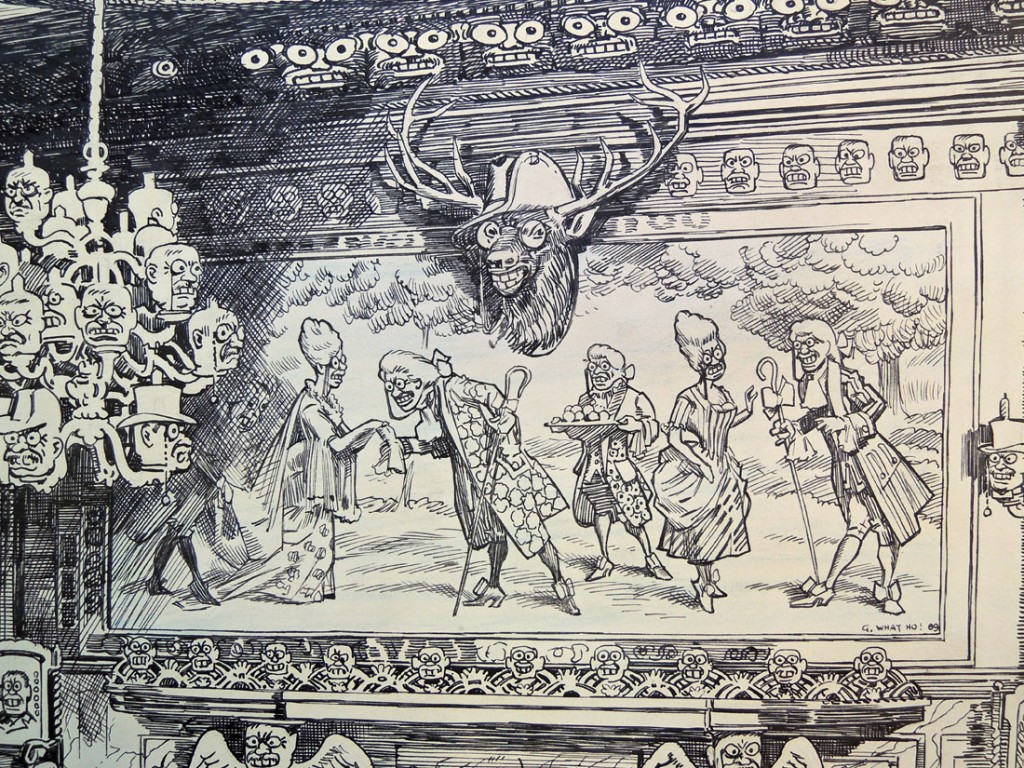 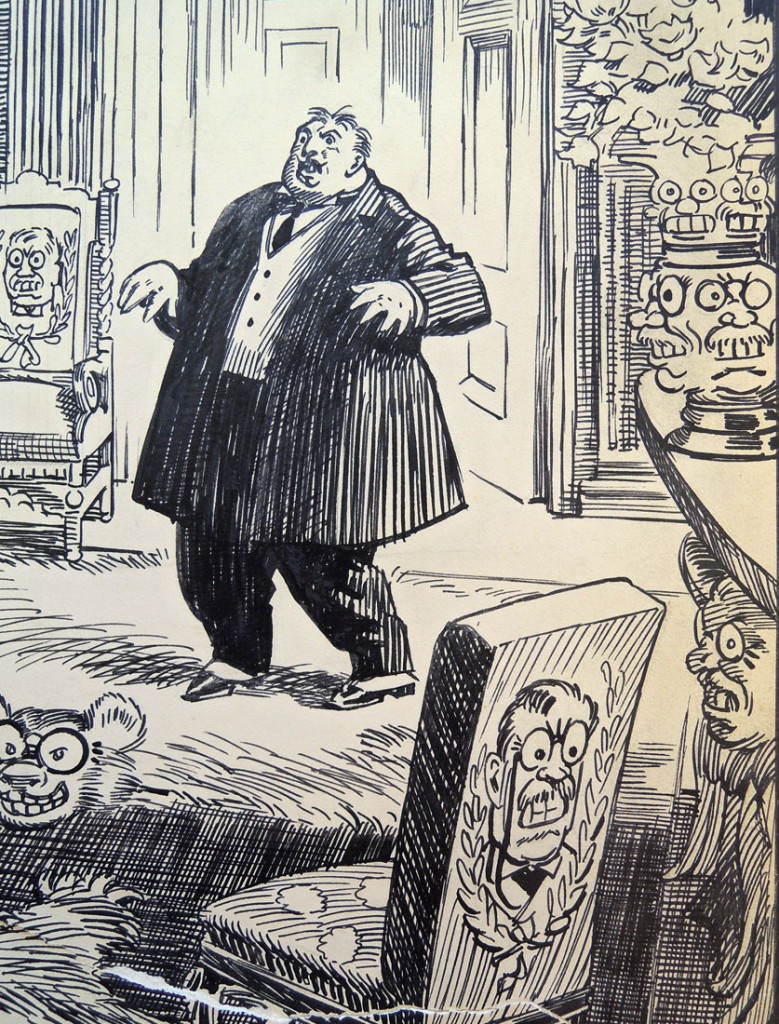 Theodore Roosevelt (1858-1919) was an avid naturalist, dedicated to protecting both wildlife and natural resources. In keeping with the time, he liked to decorate his homes with mounted specimens of the animals he hunted and killed.

When Roosevelt was elected president and moved into the White House, he hired the architectural firm of McKim, Mead & White to oversee the modernization and redecorating of the residence. Many changes were made, including the removal of two small fireplaces the State Dining Room. In their place, a massive stone fireplace was added with an enormous moose head over the mantel. This trophy and the other changes Roosevelt made became the subject of many editorials and cartoons.

When Roosevelt decided not to run in 1908, he gave his full support to William Howard Taft (1857-1930) who easily won the election. This cartoon shows Taft entering the White House and standing in shock at the additional renovations that he found. 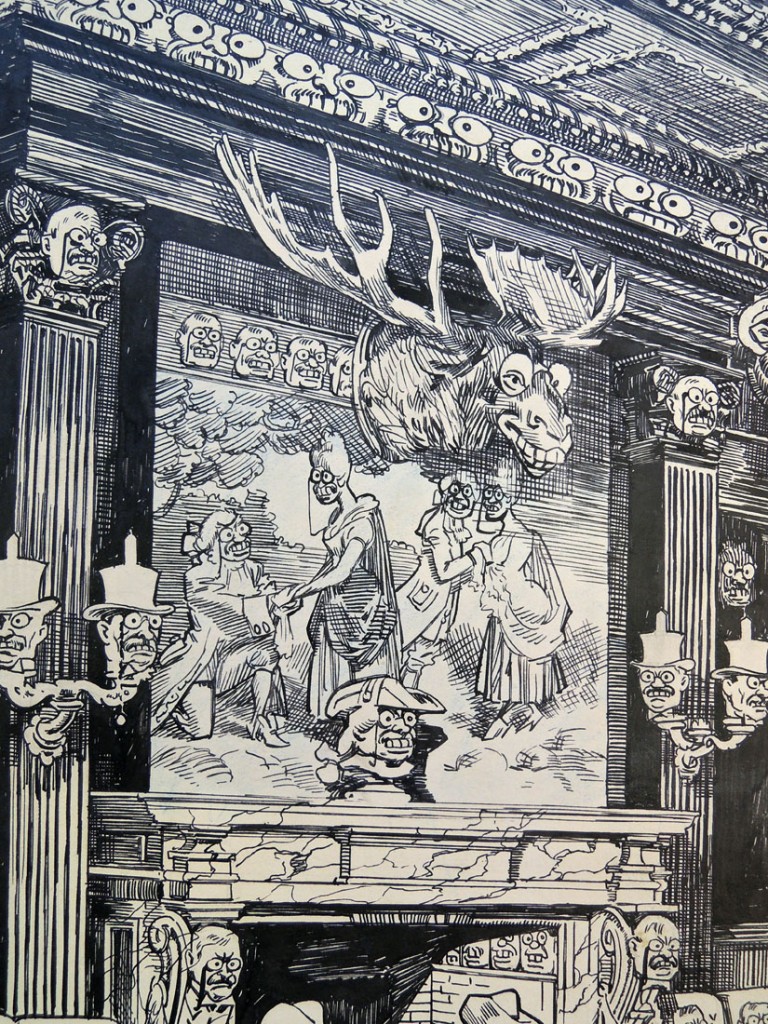 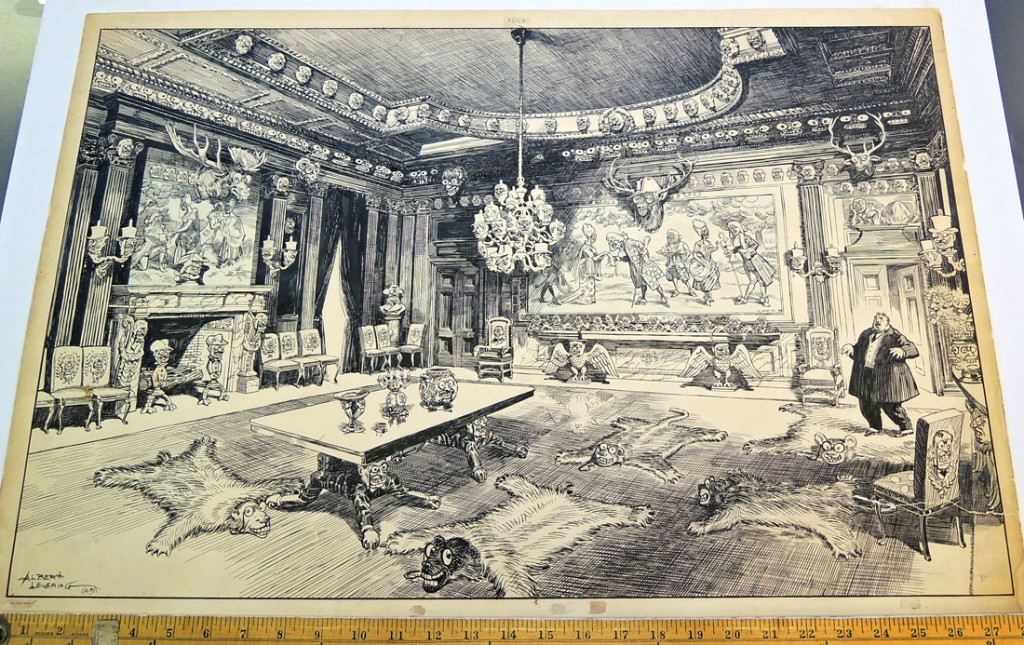 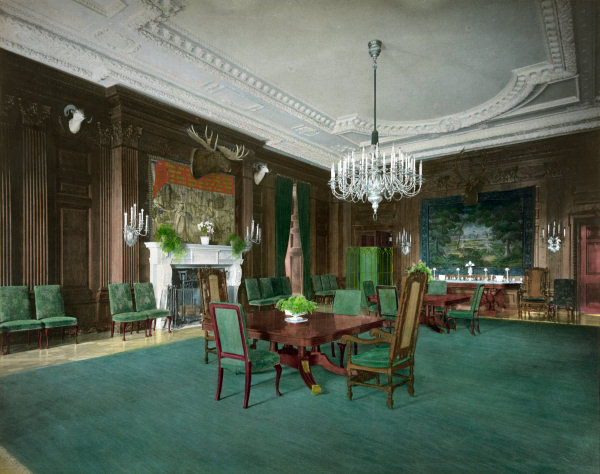 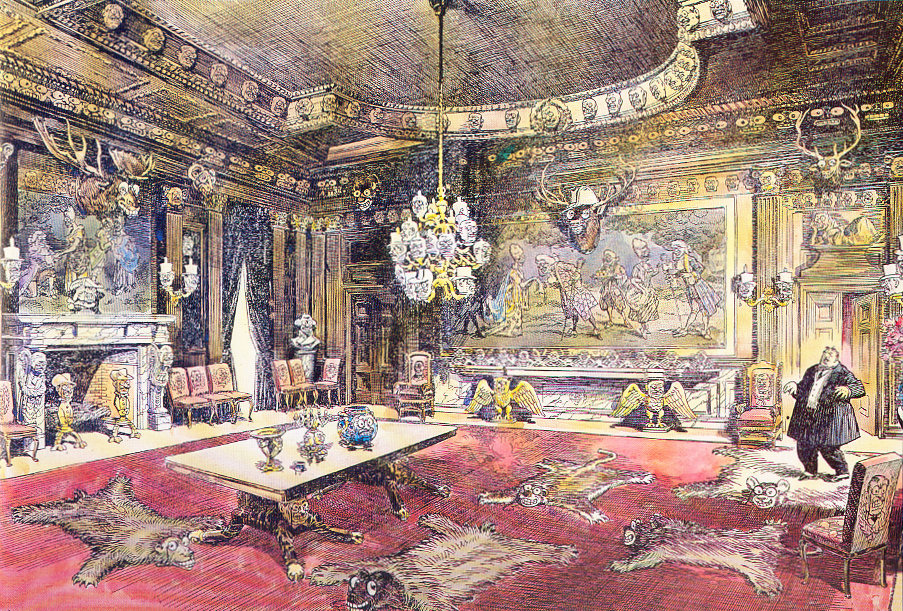