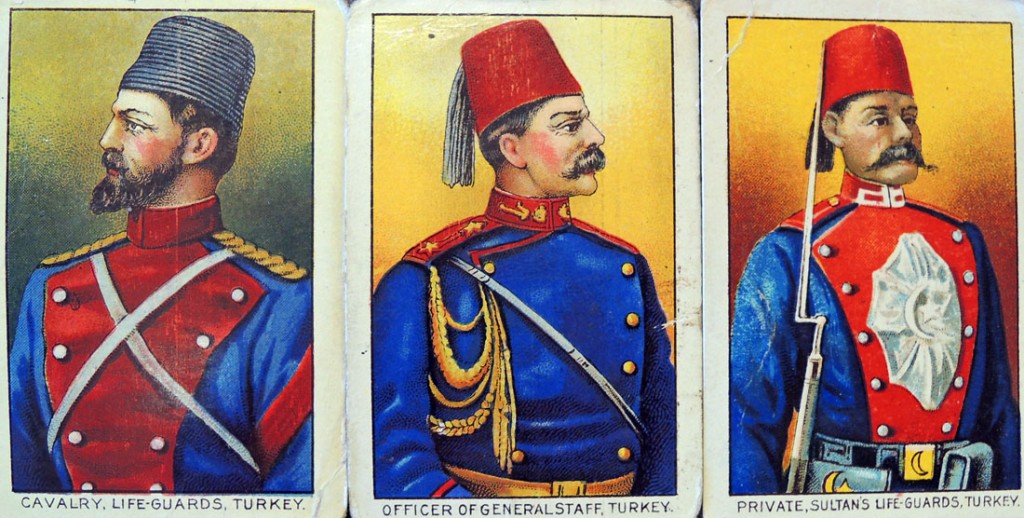 The Graphic Arts Collection has a large, and largely uncatalogued, collection of chromolithographed cigarette cards from the 19th and early 20th centuries. Included are cards from Turkey Red, Fez, and Duke cigarettes, among others. Most American companies inserted a coupon in the package, which could be exchanged for the actual cards. 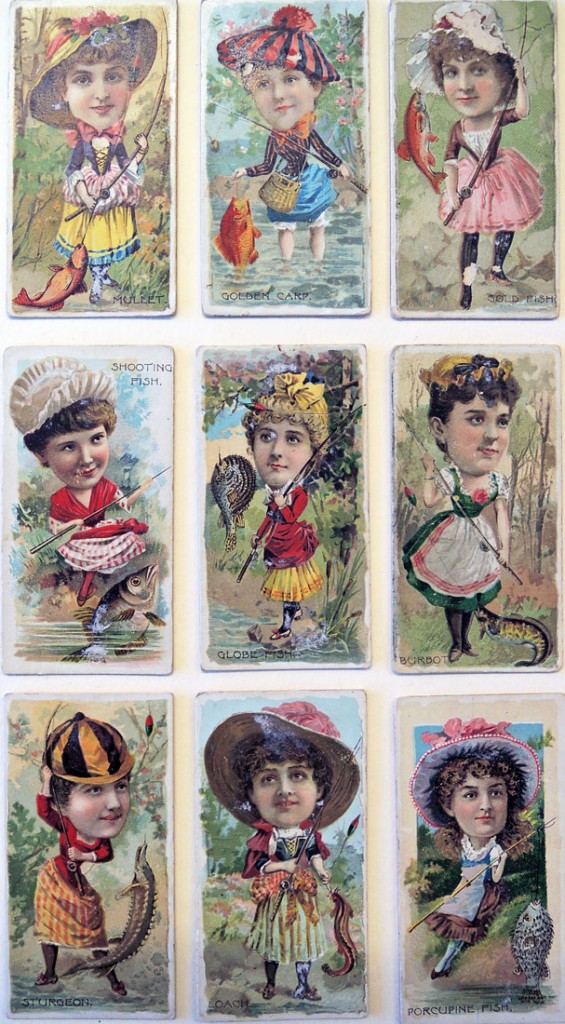 These cards [above] were circulated by Duke cigarettes. Duke University posted this guide to the W. Duke, Sons & Co. records and advertising materials, 1876-1953, which reads in part: “W. Duke, Sons & Co. was a tobacco manufacturer founded by Washington Duke in 1881. His son, James B. Duke, later became president of the American Tobacco Company. …There are also advertising materials dated 1876-1904, including trading cards, albums, and other advertising collectibles from the W. Duke Sons & Co., Liggett & Myers, American Tobacco, and other tobacco companies.” 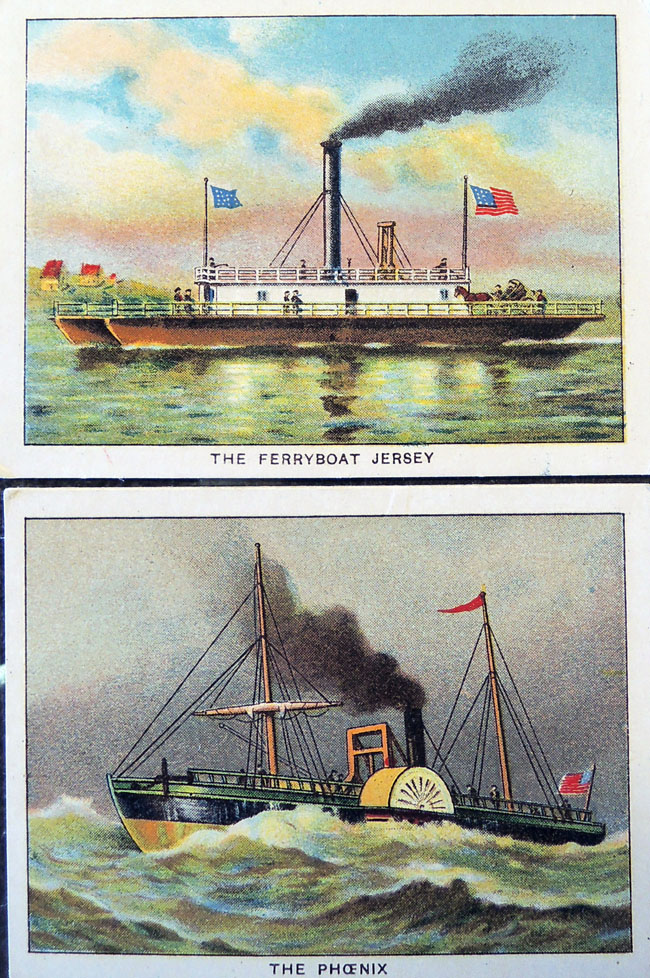 These cards are from Turkey Red cigarettes. Here is a brief history posted by a contemporary collector: “Inserted into 10-cigarette packages of Turkey Red cigarettes beginning in the summer of 1909, this attractive and historical 25 card set featured subjects related to the 1909 Hudson-Fulton Celebration. The Hudson-Fulton Celebration was a commemoration of Henry Hudson’s discovery of the Hudson River, 300 years earlier, along with recognition of Robert Fulton who invented the steamship and tested it on the Hudson in 1807. Individual cards of Hudson and Fulton feature portraits on the front and information regarding their lives and accomplishments on the back. The remaining cards in the set feature horizontal depictions of various steamships and other scenes.”– http://www.t3turkeyred.com/index.html 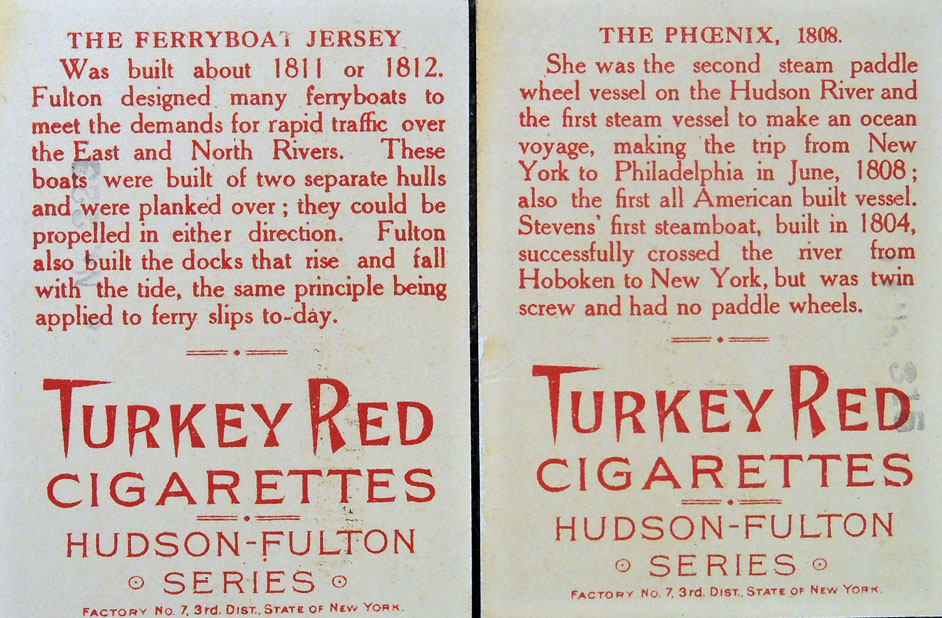