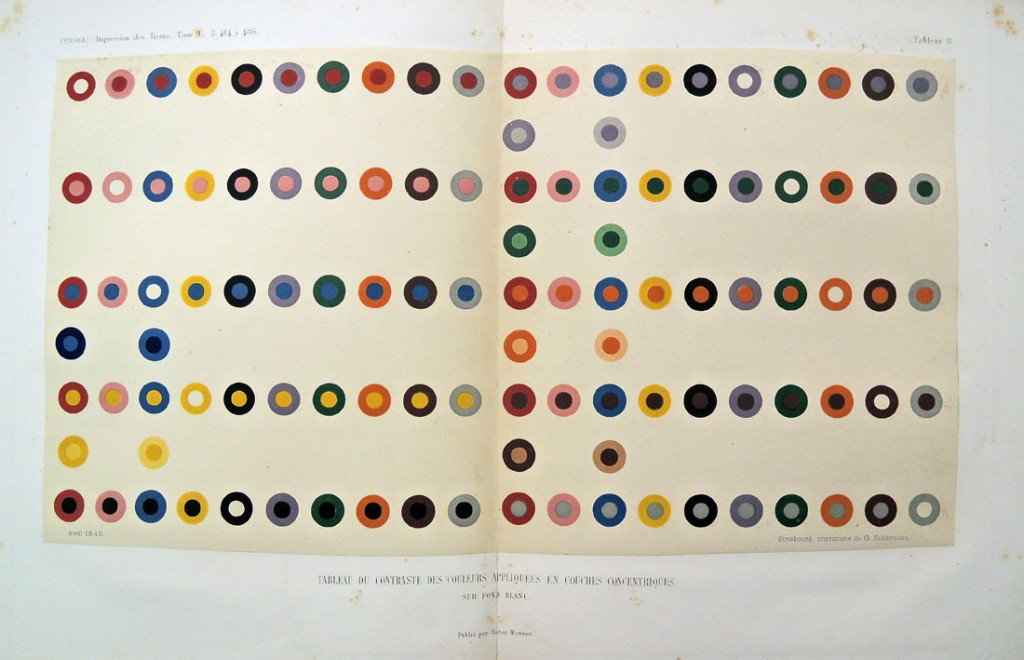 “The newly developed and developing techniques of color photography and color printing, particularly “chromotypogravure” in which the dots of the half-tone screen are used to produce grainy color may have encouraged him to pursue his pointillist methods, but are unlikely to have been major causative factors behind his style. For concepts of contrast and harmony, Chevreul is obviously of key importance, but he is not the only author [Georges] Seurat consulted in the field of tapestry design. Jules Persoz’s brilliantly illustrated Traité de l’impression des tissues attracted Seurat’s attention, to the extent that the painter transcribed a section of its text. There was also much interest in oriental color usage, in theory and in practice. The general impression is that Seurat avidly consumed writings on color, turning a variety of apparently diverse ideas to his own coherent account.” –Martin Kemp: The Science of Art: Optical Themes in Western Art from Brunelleschi to Seurat (1990) Firestone ND1475 .K45 1990 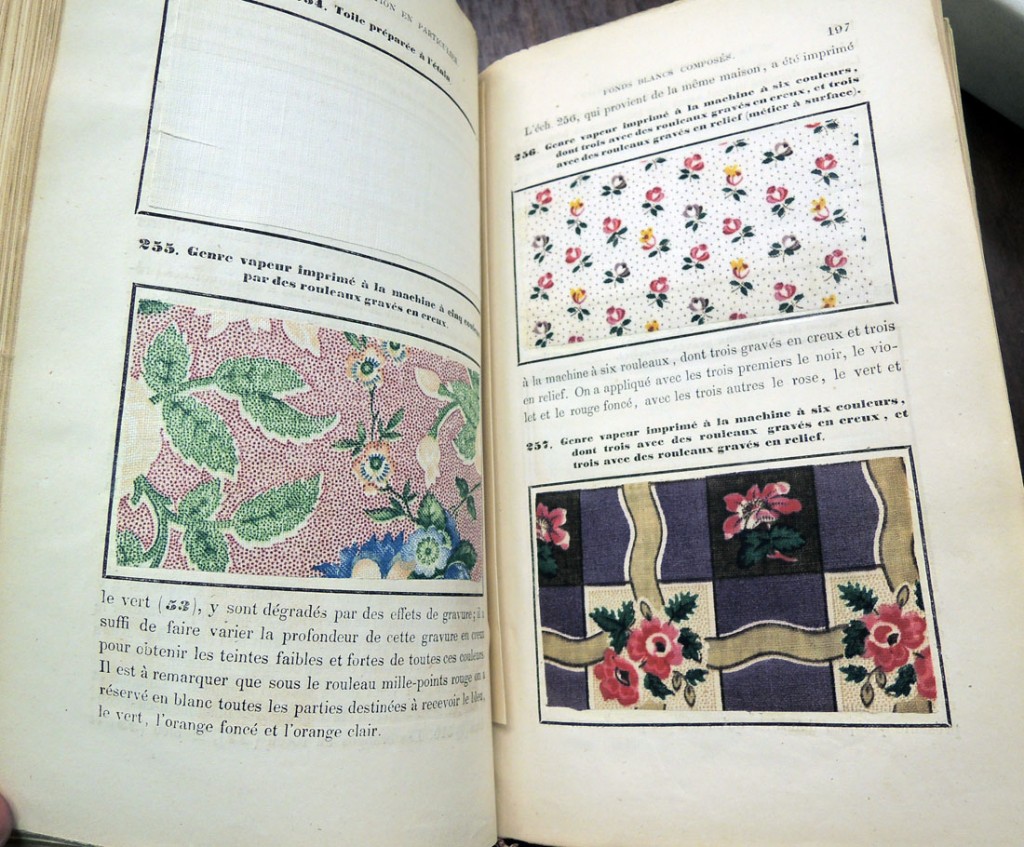 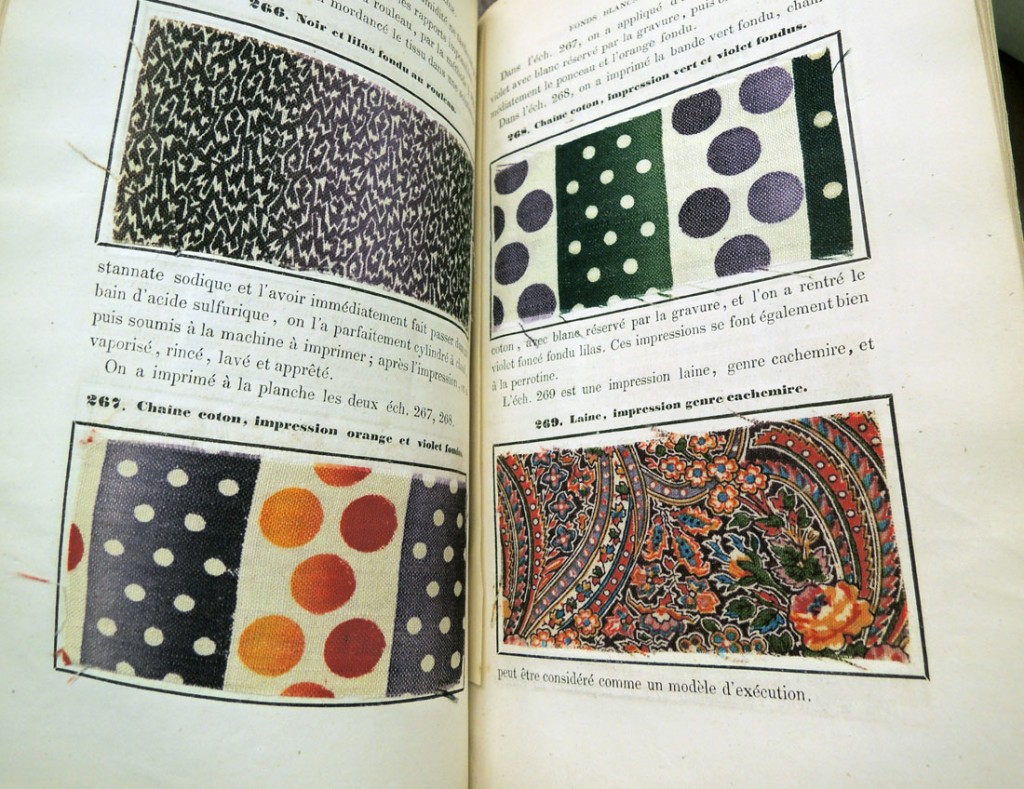 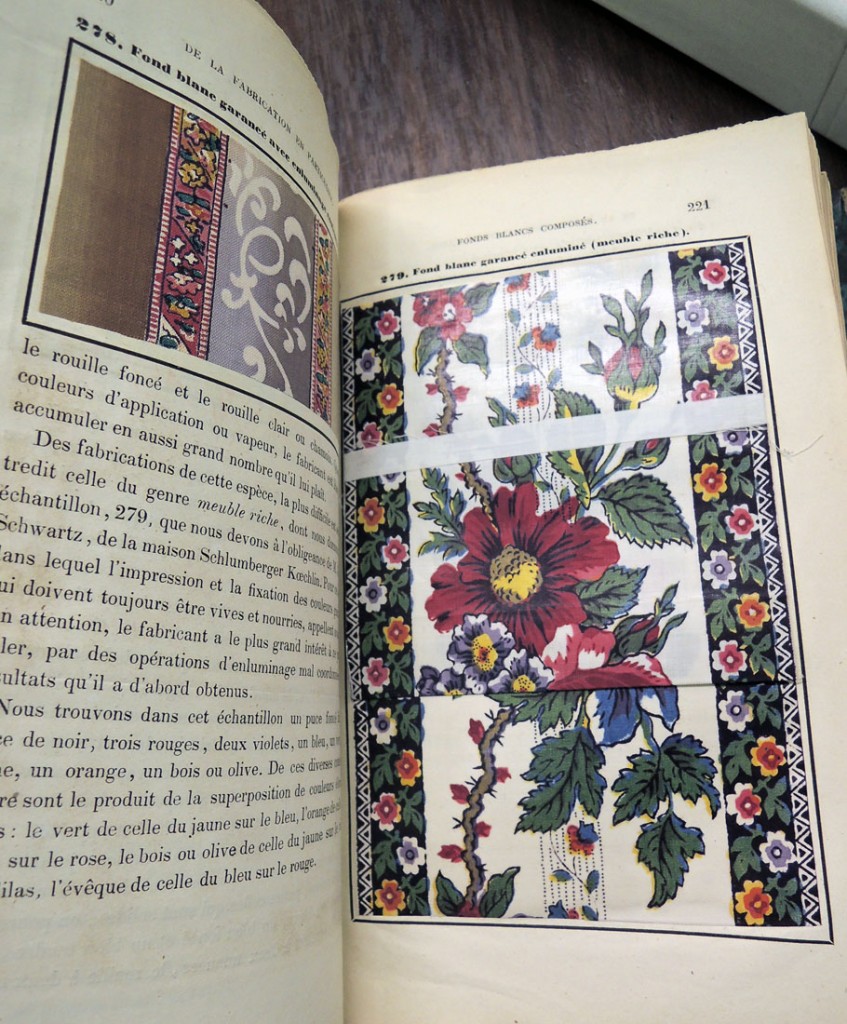 The study that George Seurat called “brilliant” was written by Jean-François Persoz (1805-1868), a chemist and Professor in the School of Pharmacy at Strasbourg. Persoz prepared the book for the Société d’Encouragement pour l’Industrie Nationale (founded 1802), winning a medal and more importantly, the publication of his work.

The first volume describes the technical aspects of coloring and chemistry, while the following volumes include vibrant fabric samples from the principal calico printers in England, Scotland, Alsace, Switzerland, Normandy and Paris. 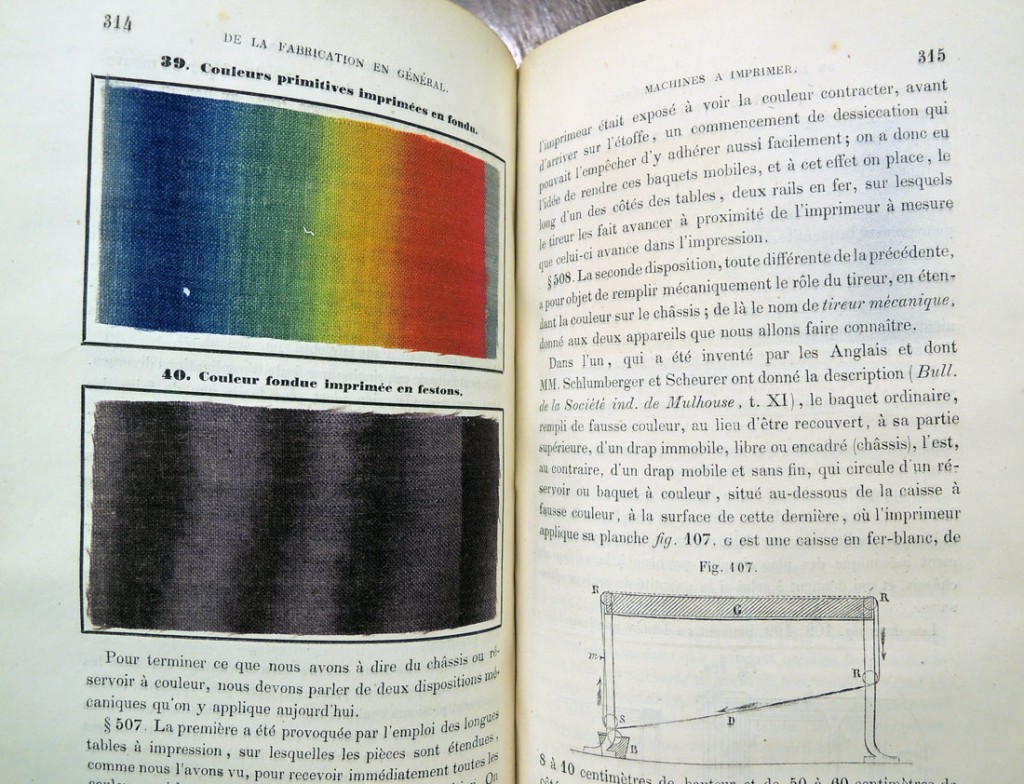 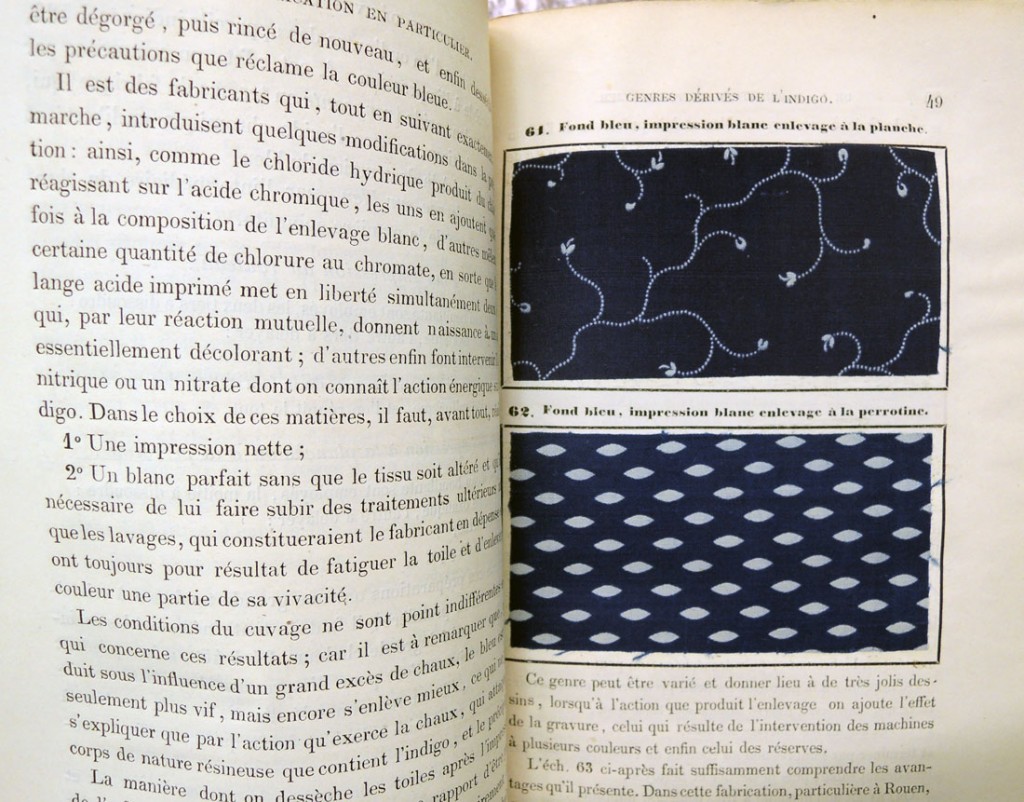 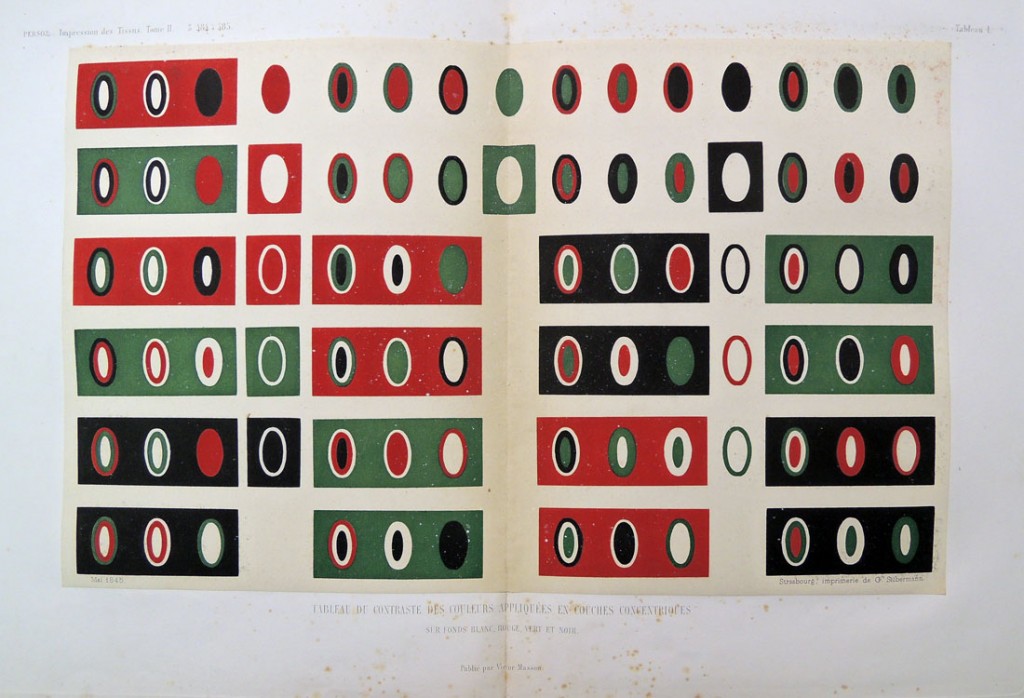