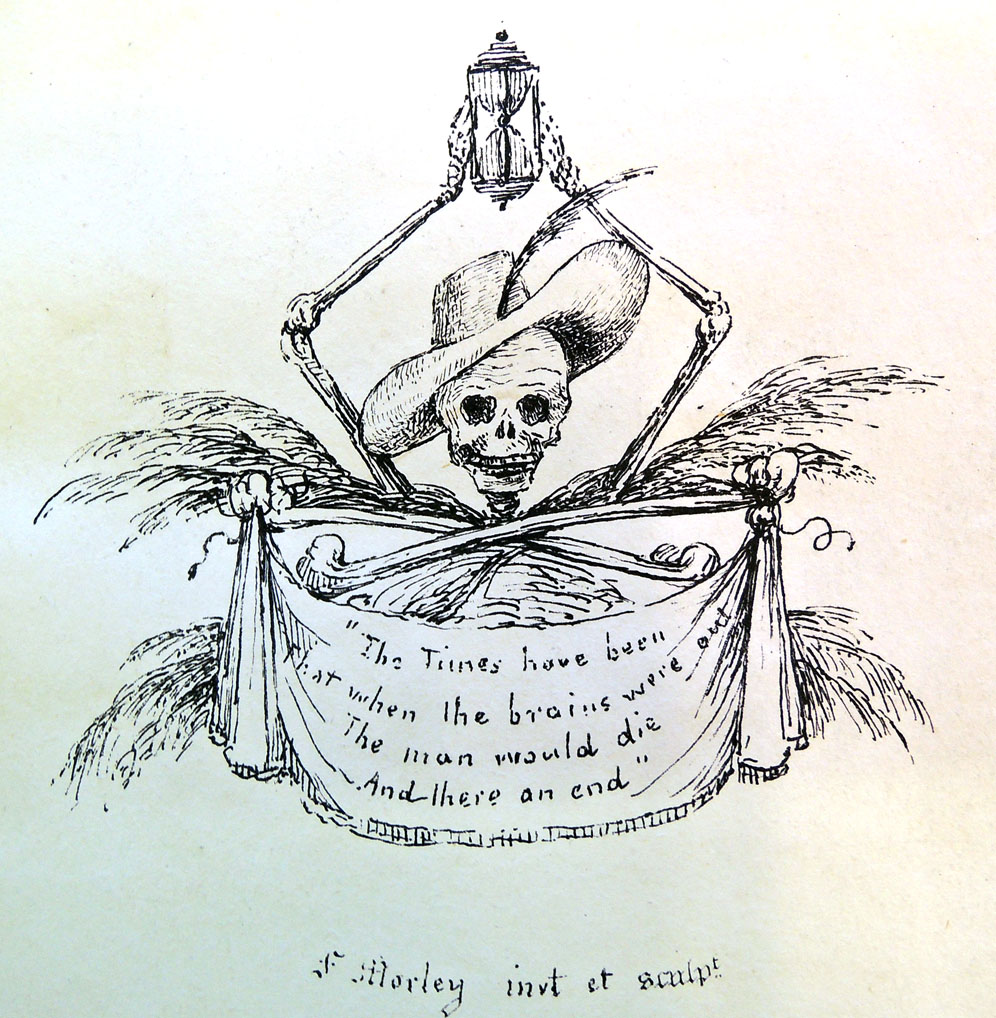 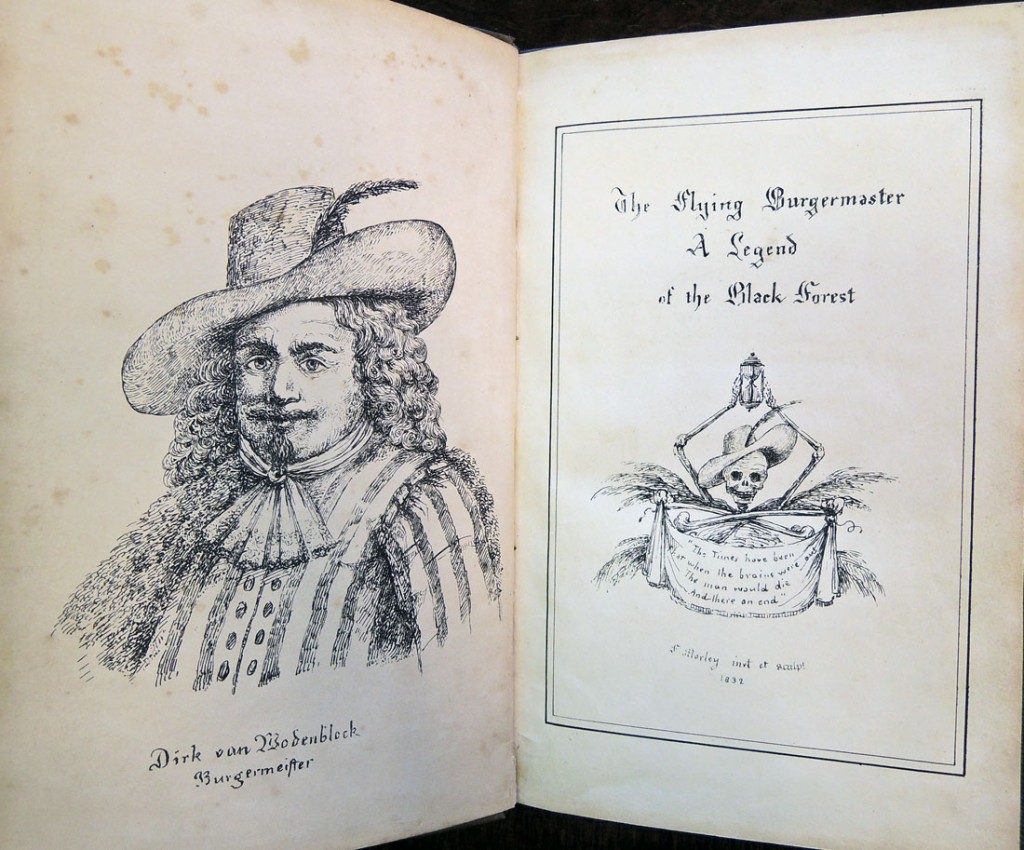 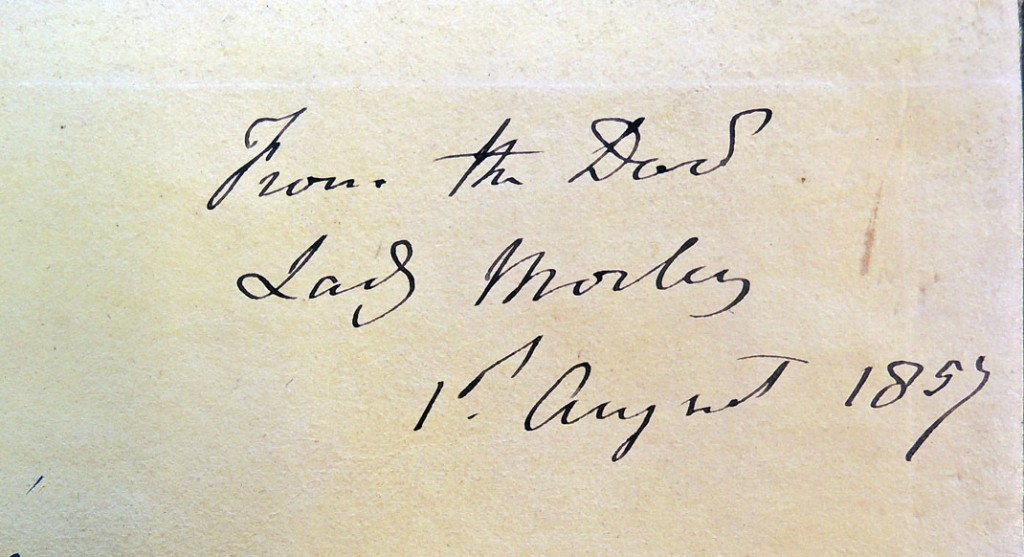 This volume was pulled today to answer a reference question. Both images and text have been attributed to Frances Talbot Parker, Countess of Morley (1781-1857). The Countess is listed in Modern English Biography (1897) as the “celebrated as a woman of wit and the ‘first of talkers’; a painter rn. 23 Aug. 1809, as his second wife, John Parker 1 Earl of Morley, b. 1772, d. 14 March 1840; lithographed the plates in Portraits of the Spruggins family, arranged by Richard Sucklethumkin Spruggins 1829; author of The Flying burgomaster, a legend of the BlackForest 1832 anon; The royal intellectual bazaar, a prospectus of a plan for the improvement of the fashionable circle 1832 anon; The man without a name, 2 vols. 1852; edited Dacre, a novel, 3 vols. 1834. d. Saltram, Plympton 6 Dec. 1857. bur. in family vault at Plympton St. Mary.”

More of her biography can be found at http://anidarayfield.blogspot.com/2013/10/frances-1st-countess-morley-artist.html. 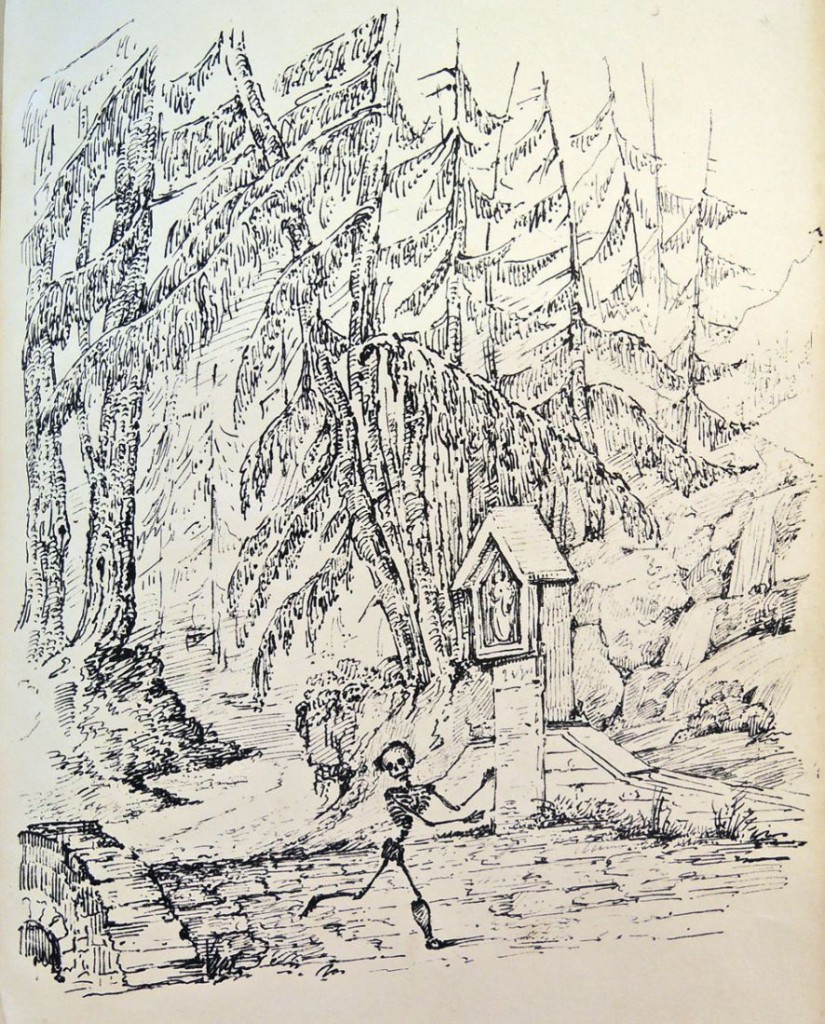 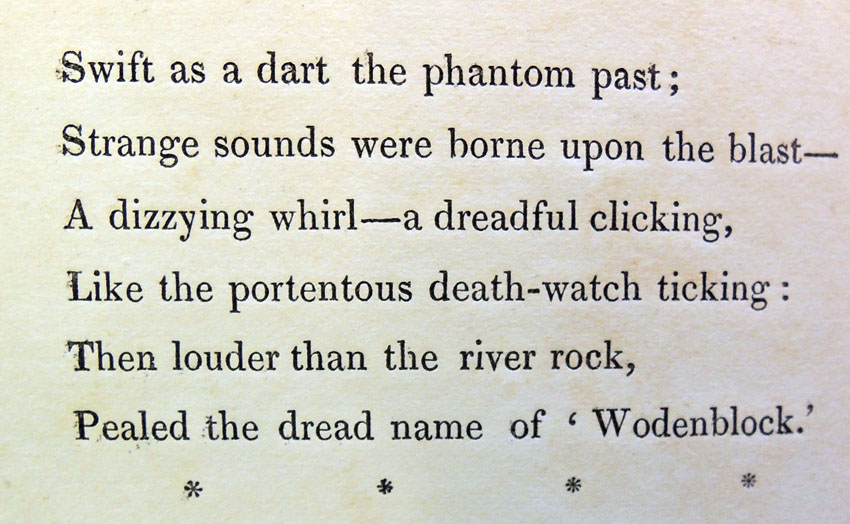 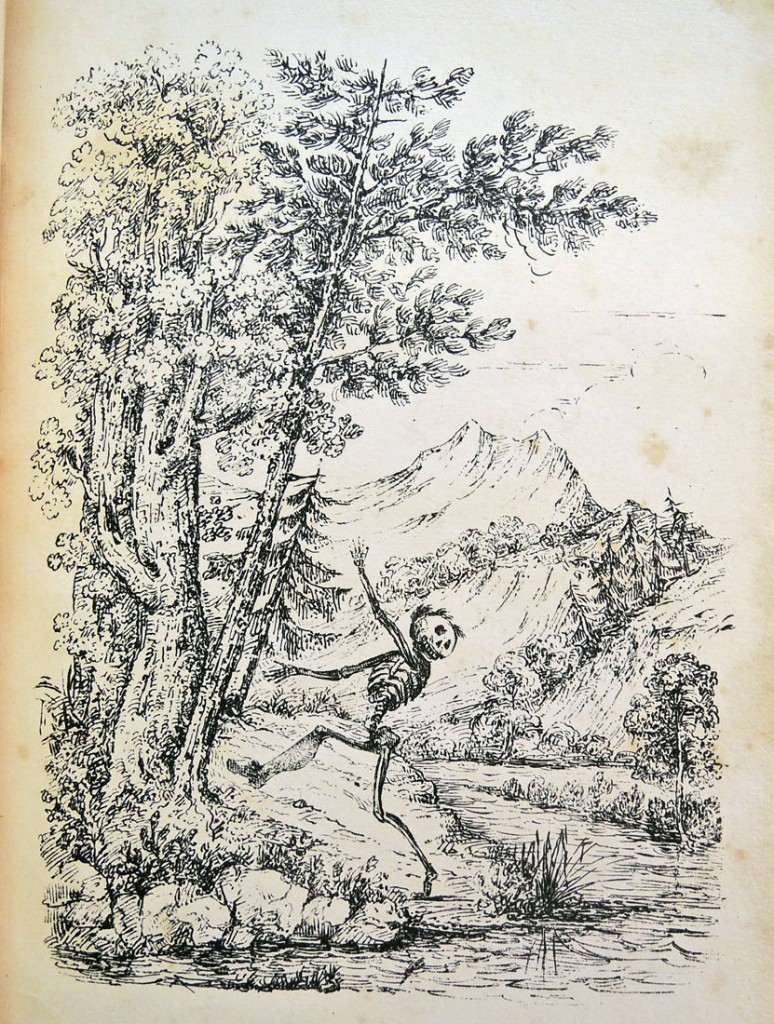 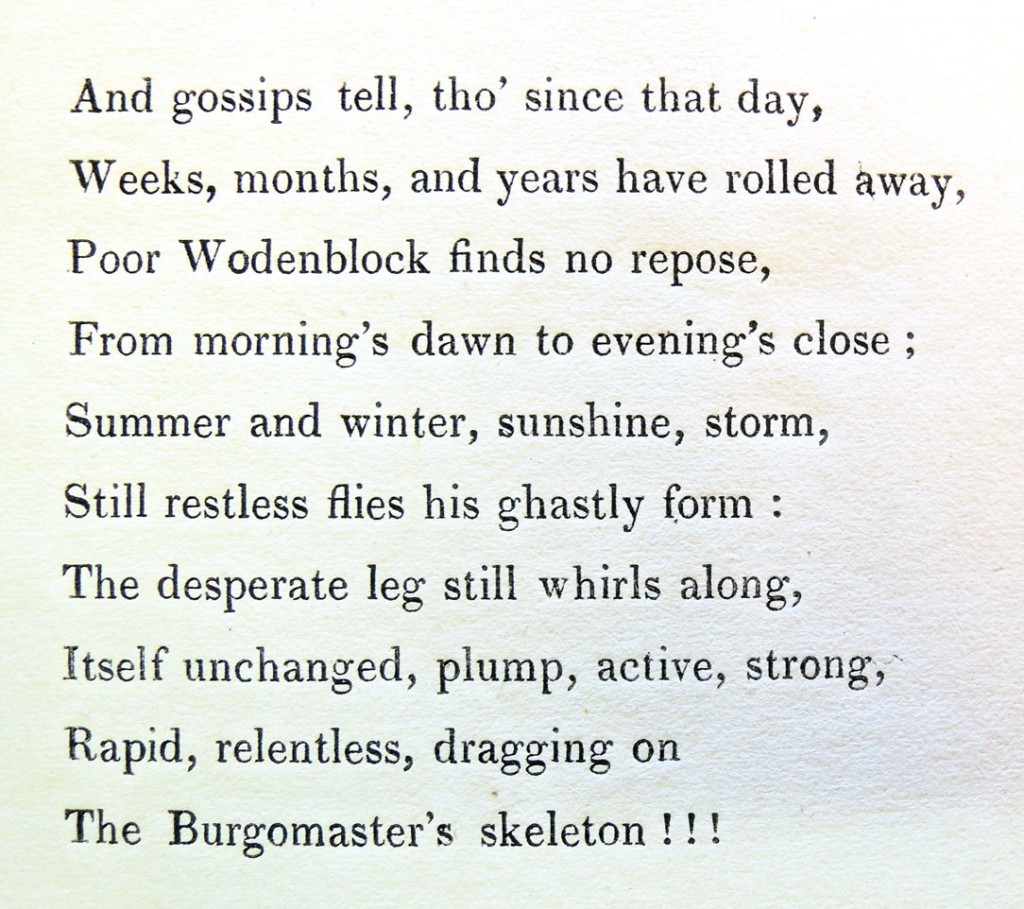 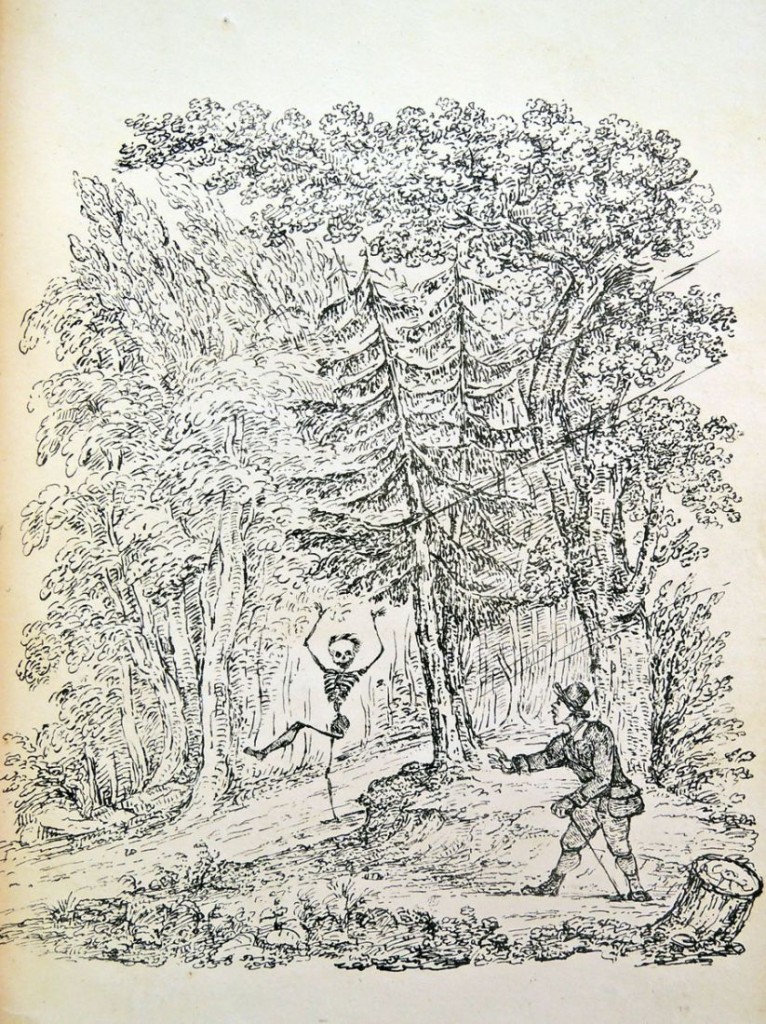 Note, an unillustrated prose version of this story turns up in Henry Glassford Bell, My old portfolio: or, tales and sketches (London: Smith, Elder, and Co., 1832). Hard to know which came first.