When seen in person, these two well-known triptychs surprise the viewer in several ways. They are not flat paint but multimedia collage with molded gesso, string, glass, and other common materials. And they are not the work of a single artist but two. Originally installed at opposite sides of Catherine Cranston’s early twentieth-century Glasgow tea room, the mural above entitled “Wassail” is by Charles Rennie Mackintosh (1868-1928) and “May Queen” below is by Margaret MacDonald (1864-1933) who trained alongside Charles and eventually married him.

While it is Charles who is always credited with receiving the commission and designing all aspects of the tearoom, Glasgow natives are fond of repeating his comment, “Margaret has genius, I have only talent.” In the early 1900s, the Mackintoshes worked on a series of interiors but unfortunately, Cranston’s business on Ingram Street was demolished. Today, only the Willow Tea Rooms (1903) remains intact. 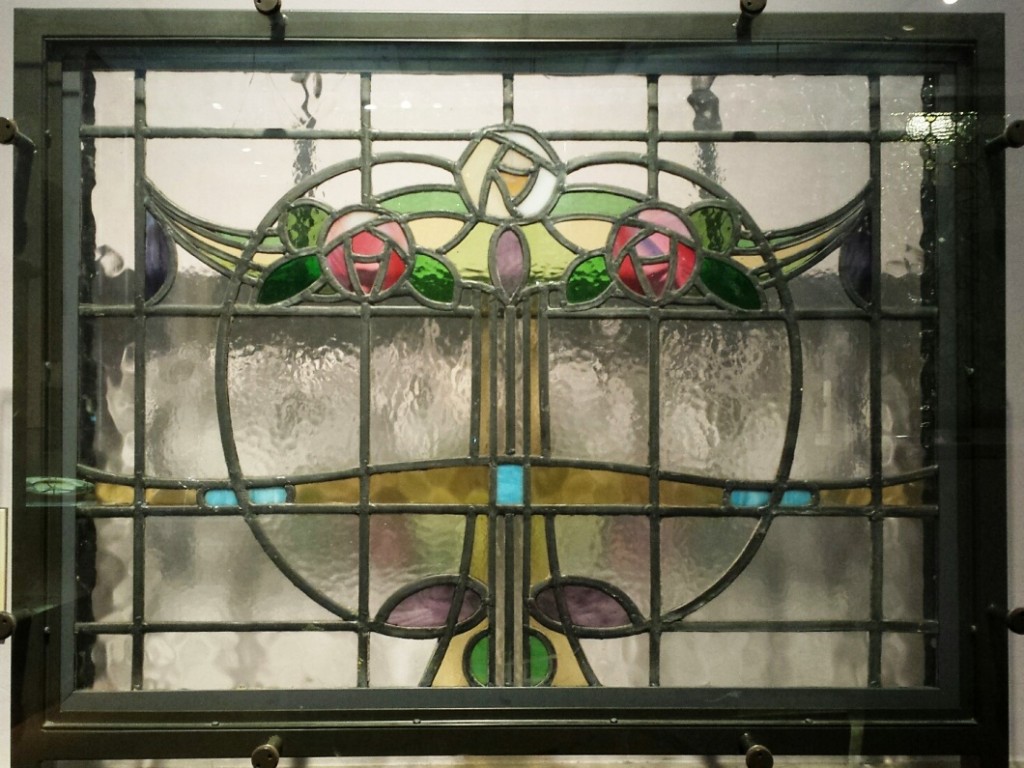