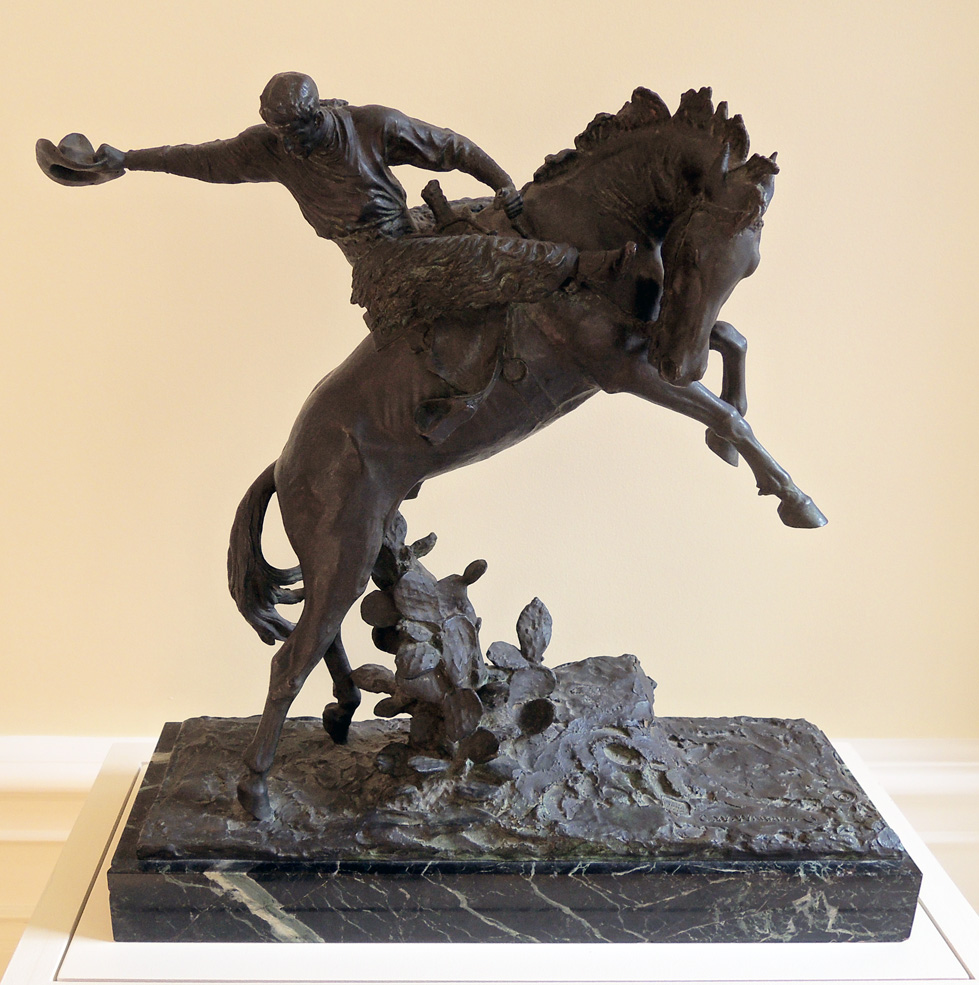 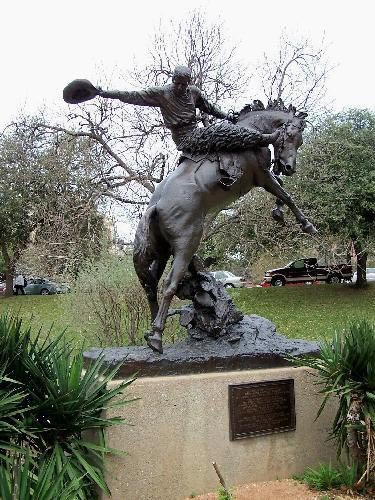 “The Texas Cowboy Rides at Austin,” declared the New York Times on February 1, 1925. “Statue given to the state by Mrs. Constance Whitney Warren of Paris, commemorating the frontiersman, unveiled by Charles Casson, Vice President of the Chemical National Bank of New York.”

The life-size sculpture also known as The Cowboy or Cowboy Riding a Bucking Bronco, received an honorable mention at the Paris Salon of 1923. Two years later, Warren donated the statue to the State of Texas and had it installed outside the Texas State Capitol in Austin where it can still be found. 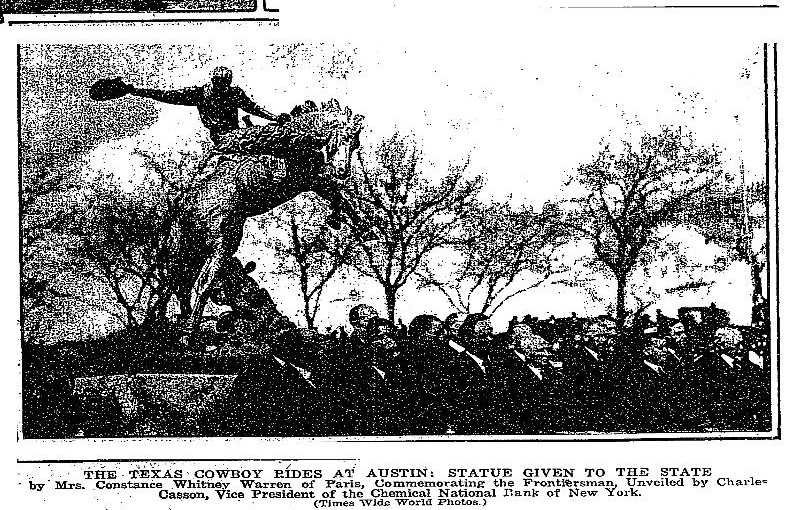 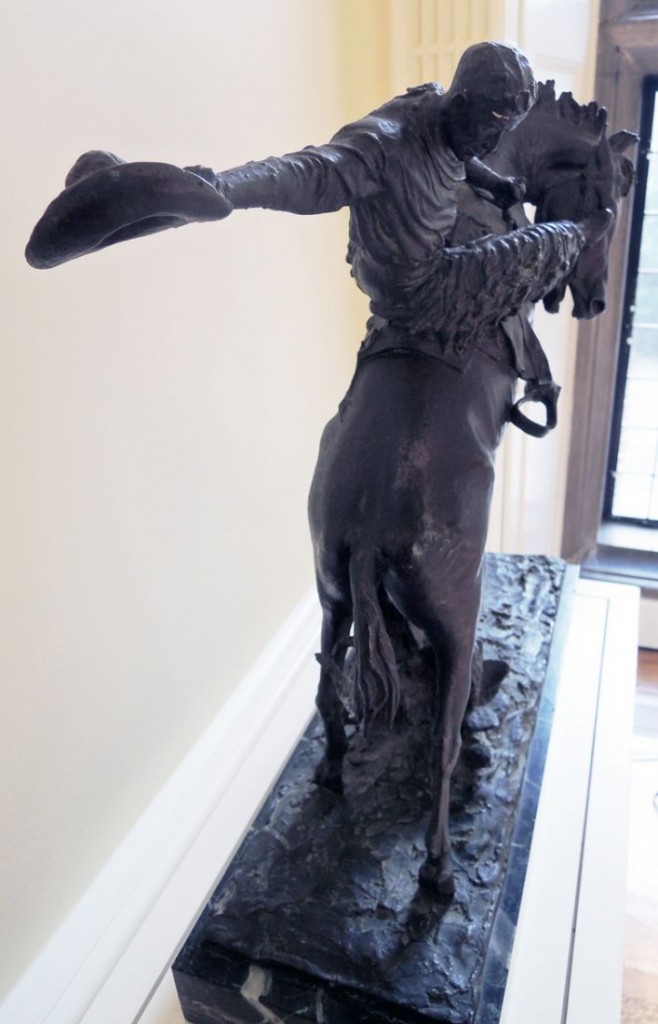 Three smaller models for the Warren’s statue are known to exist, cast from a mould copyrighted 1921. One of them is in the sculpture collection of Rare Books and Special Collections in the Princeton University Library.

The American sculptor Constance Whitney Warren (1888-1948) was the daughter of the millionaire George Henry Warren (1856-1943), a founder of the Metropolitan Opera and Real Estate Company and, at one time, president of United New Jersey Railroad and Canal Company.

According to exhibition reviews, Constance was drawing and painting at an early age. This came to a halt in 1912, when she fell in love with Count Guy de Lasteyrie, married him and moved to Paris.

In 1921, Warren was one of eight American sculptors whose work was included in the Paris Salon of that year, placing her next to Katharine Fuller, Edward Stanford, and Gertrude Vanderbilt Whitney. Unfortunately, later in her life, Warren suffered from a mental illness and spent her last 18 years in an institution for the insane. 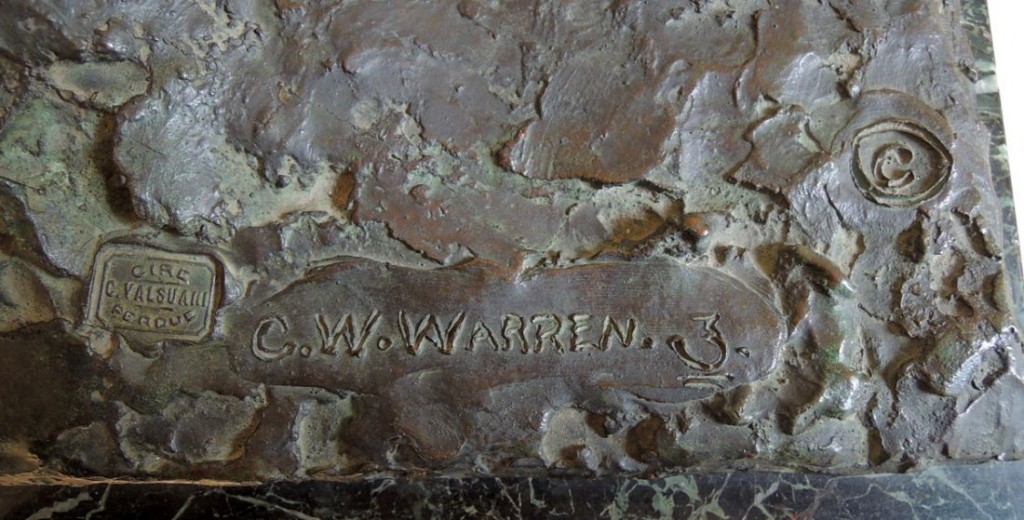