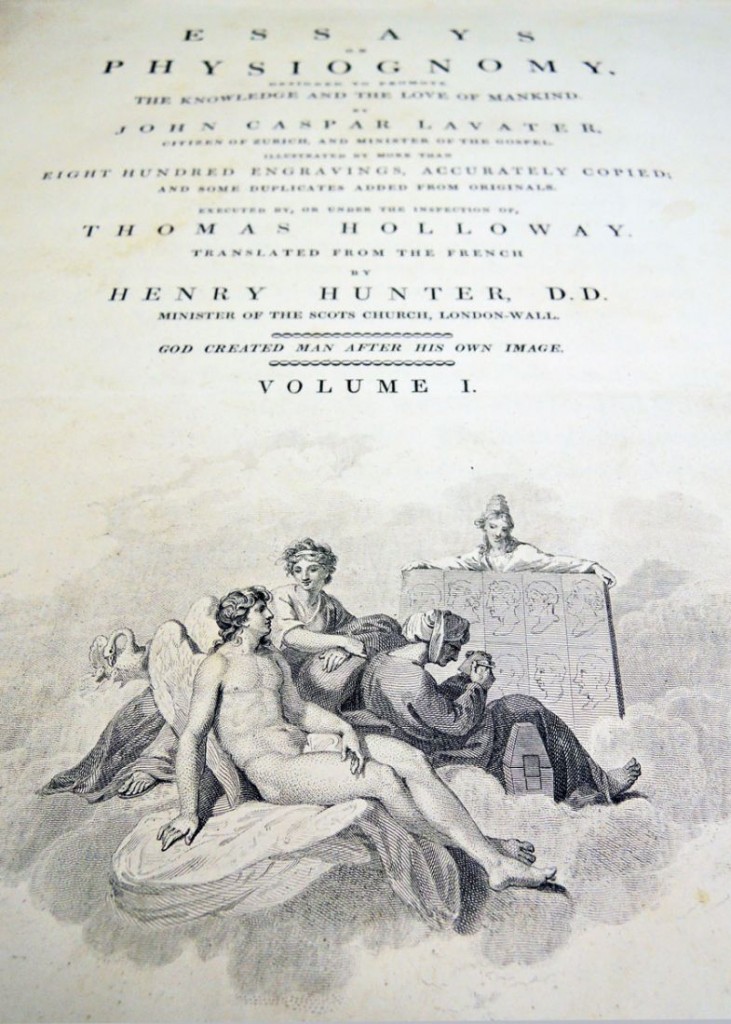 William Blake (1757-1827) engraved four plates for the English edition of Essays on Physiognomy by Johann Caspar Lavater as well as a portrait of Lavater commissioned by Joseph Johnson. A student recently asked which plates exactly were engraved by Blake.

The Graphic Arts Collection’s three volumes of the English edition are complete with 173 engraved plates by Blake, Bartolozzi, Thomas Holloway and others, with an additional 500 engraved illustrations and vignettes in the text. Blake is believed to be responsible for three of the engraved vignettes signed “Blake S” and “Blake Sc” in volume one, as well as a full page plate engraved by Blake after Rubens. 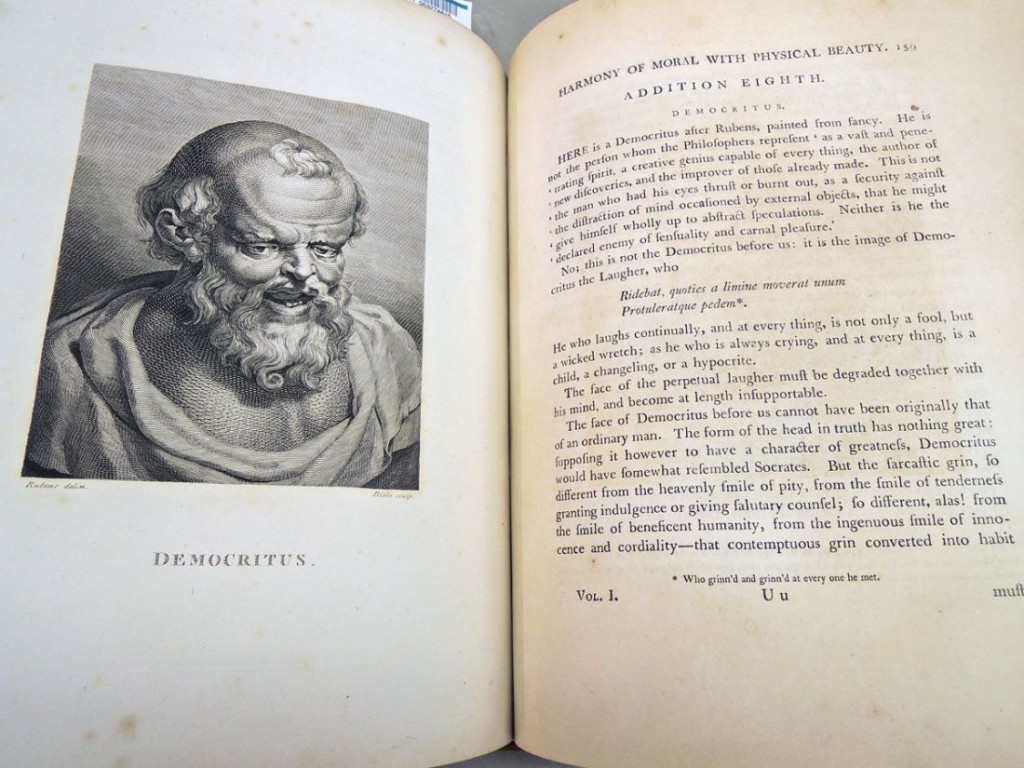 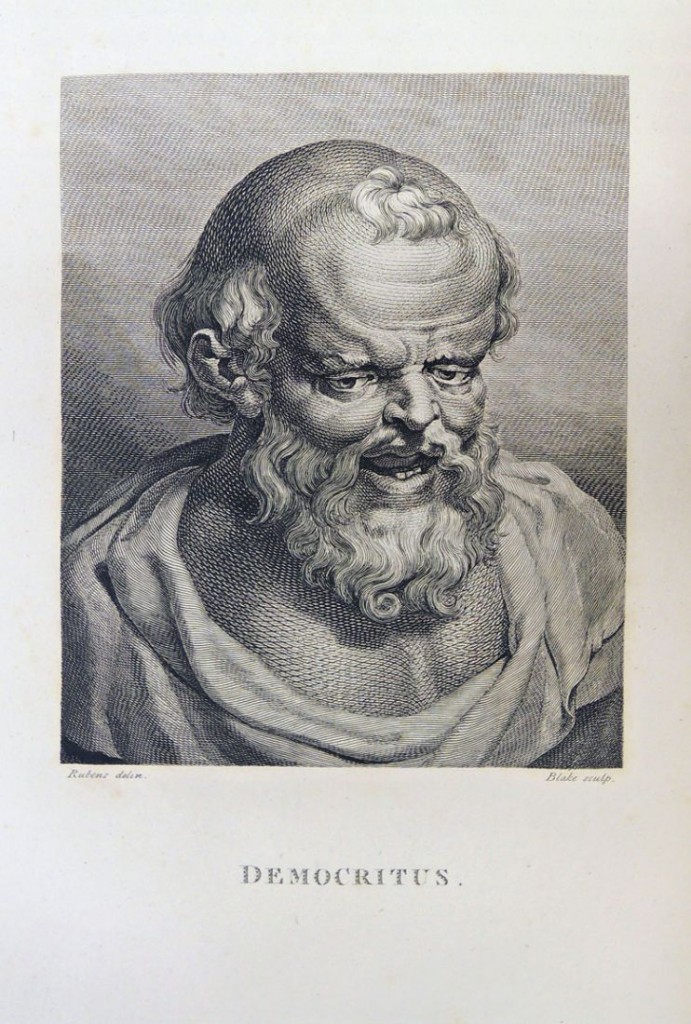 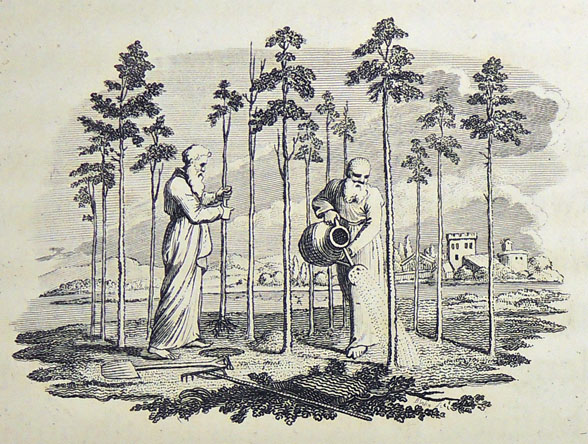 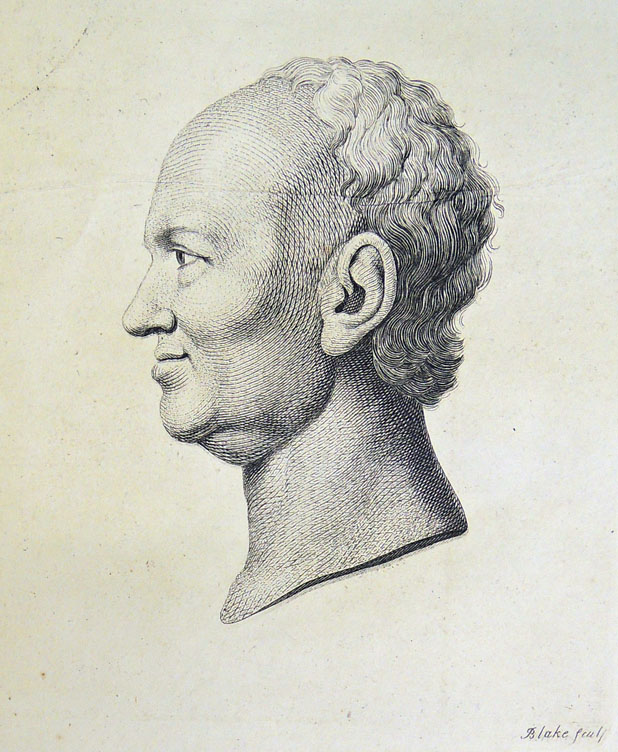 The full plate portrait of Democritus comes in Lavater’s chapter, “Harmony of Moral with Physical Beauty,” addition Eighth. Democritus” beginning on page 159 with the text:

“Here is a Democritus after Rubens, Painted from fancy. He is not the person whom the philosophers represent ‘as a vast and penetrating spirit, a creative genius capable of every thing, the author of new discoveries, and the improver of those already made. This is not the man who had his eyes thrust or burnt out, as a security against the distraction of mind occasioned by external objects, that he might give himself wholly up to abstract speculations. Neither is he the declared enemy of sensuality and carnal pleasure.’ No; this is not the Democritus before us: it is the image of Democritus the Laugher, who ‘Ridebat, quoties a limine moverat unum / Protuleratque pedem,’ [Who grinn’d and grinn’d at every one he met]. He who laughs continually, and at every thing, is not only a fool, but a wicked wretch; as he who is always crying, and at every thing, is a child, a changeling, or a hypocrite.” 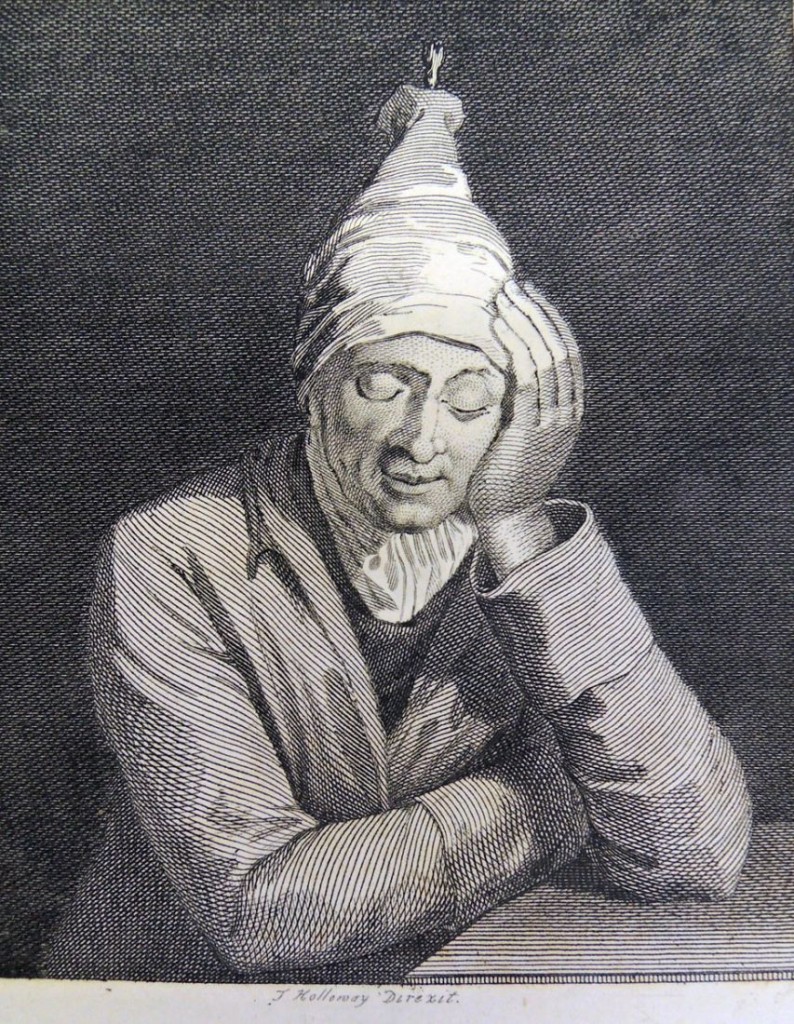