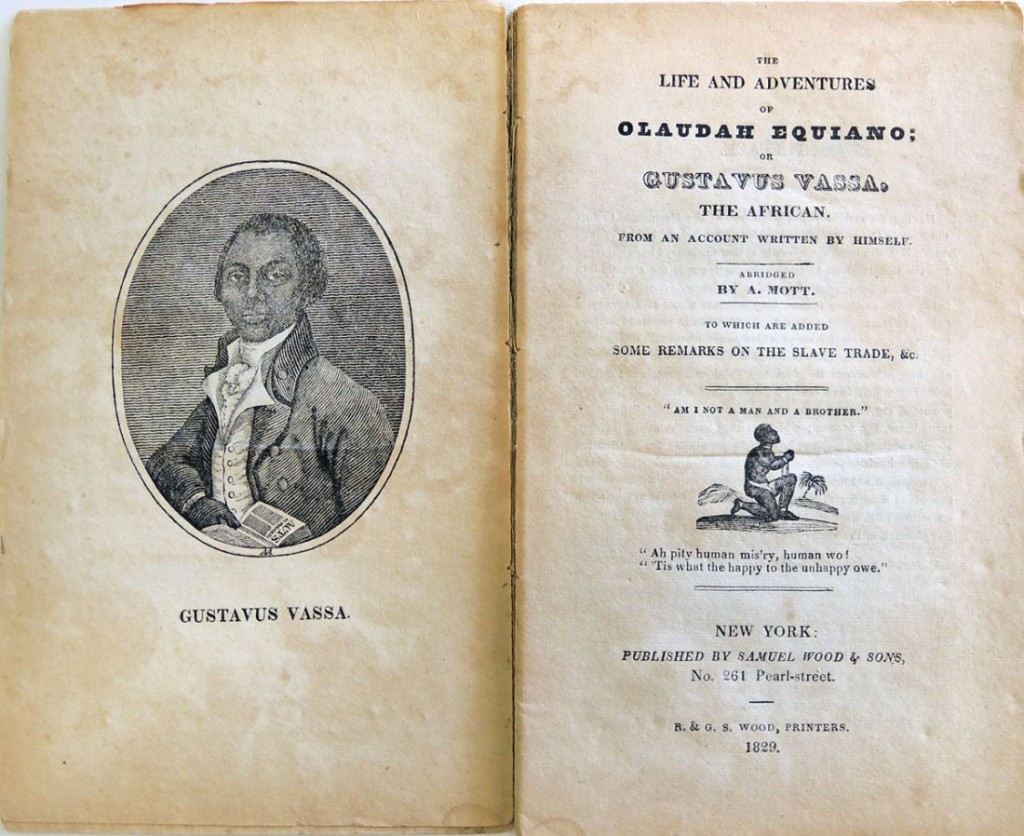 Olaudah Equiano (1745-1797), The Life and Adventures of Olaudah Equiano, or, Gustavus Vassa, the African: from an Account Written by Himself to which are Added Some Remarks on the Slave Trade, etc. abridged by A. Mott (New York: Samuel Wood & Sons, 1829). Wood engravings by Alexander Anderson (1775-1870) Graphic Arts Collection (GAX) Hamilton 286. 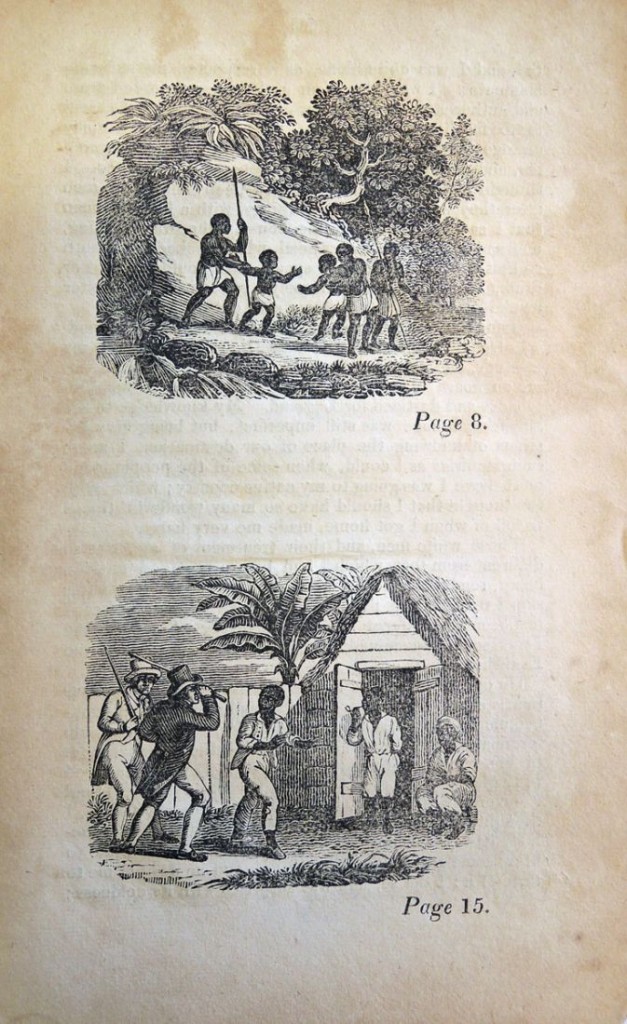 By 1790, there was a Dutch edition sold in Rotterdam by Bij Pieter Holsteyn and in 1791 an Irish edition sold by W. Sleater, and the other Booksellers in Dublin.

It wasn’t until 1829, forty years after it was written, that the first illustrated edition was printed and sold by Samuel Wood & Sons in New York City. The illustrator of this edition was Alexander Anderson (1775-1870). 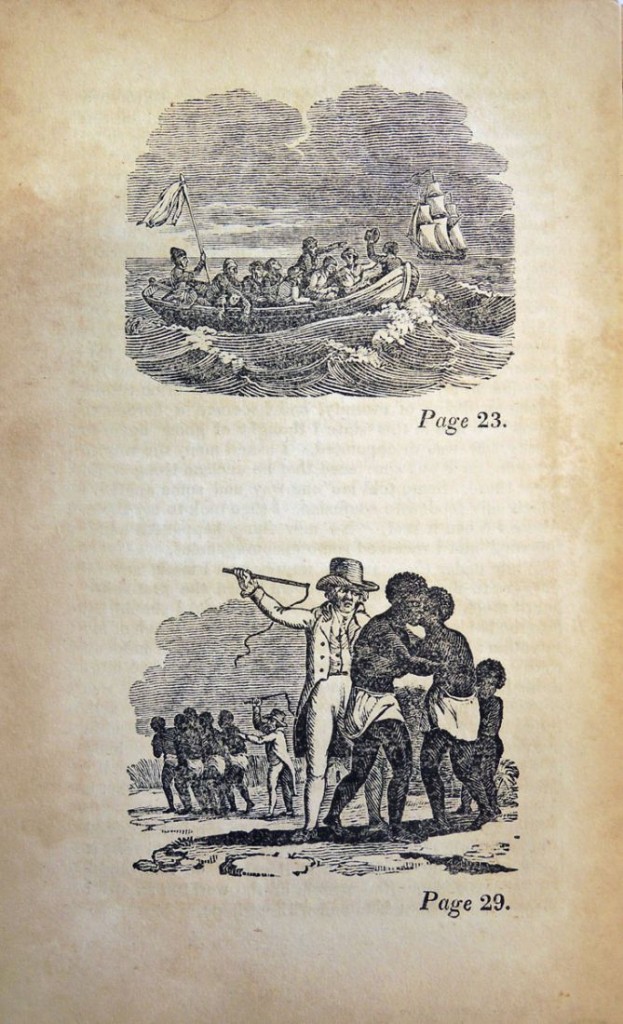 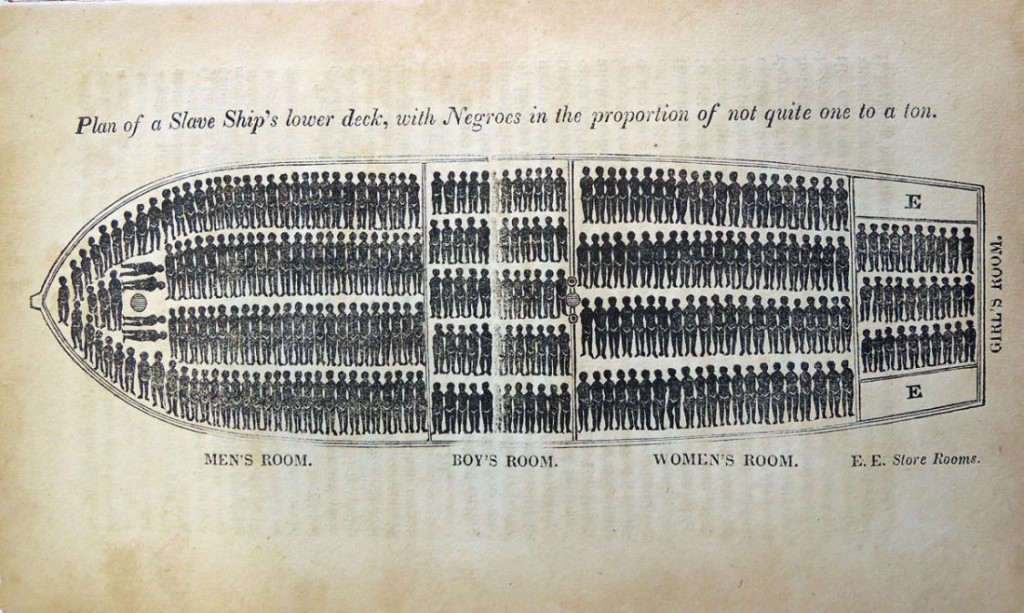 Anderson included a version of a diagram for housing slaves aboard a ship, also found as a broadside, Remarks on the slave trade, extracted from the American Museum, for May, 1789 (Philadelphia: Printed by Mathew Carey, 1789). Rare Books (Ex) Oversize 1083.323f 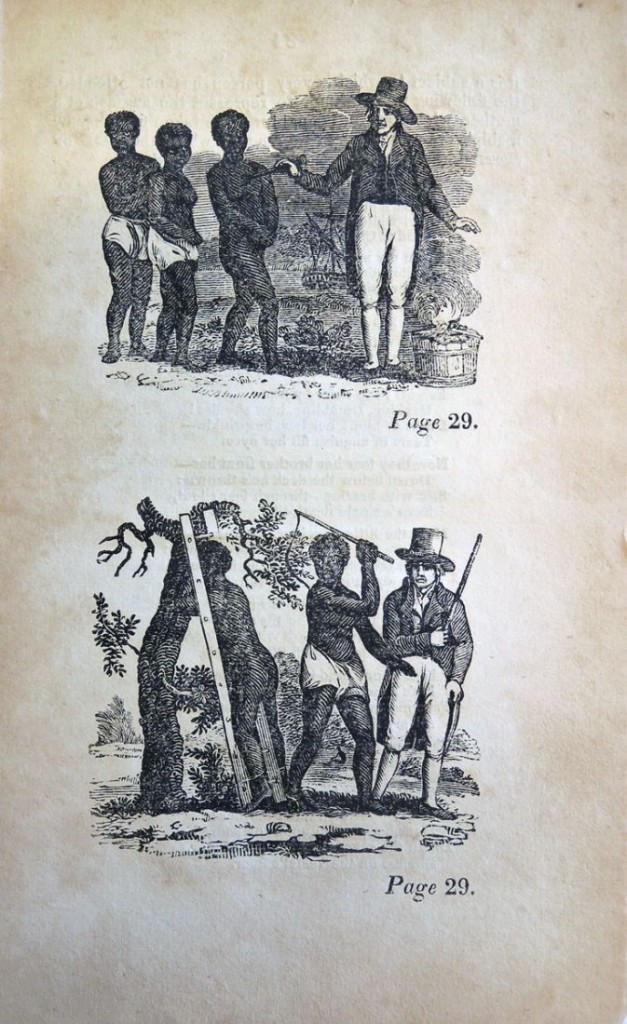 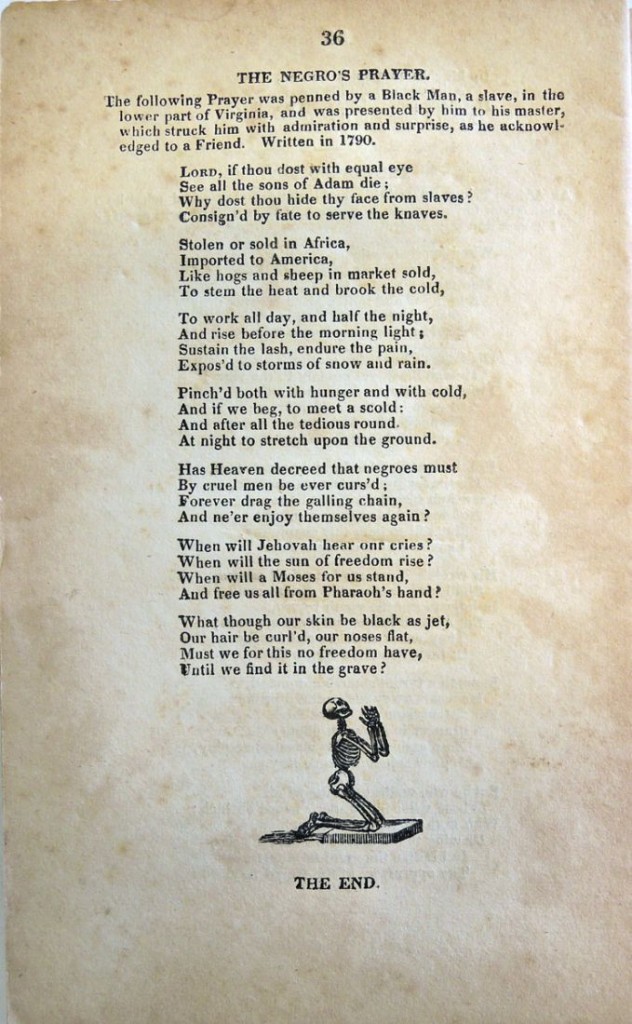 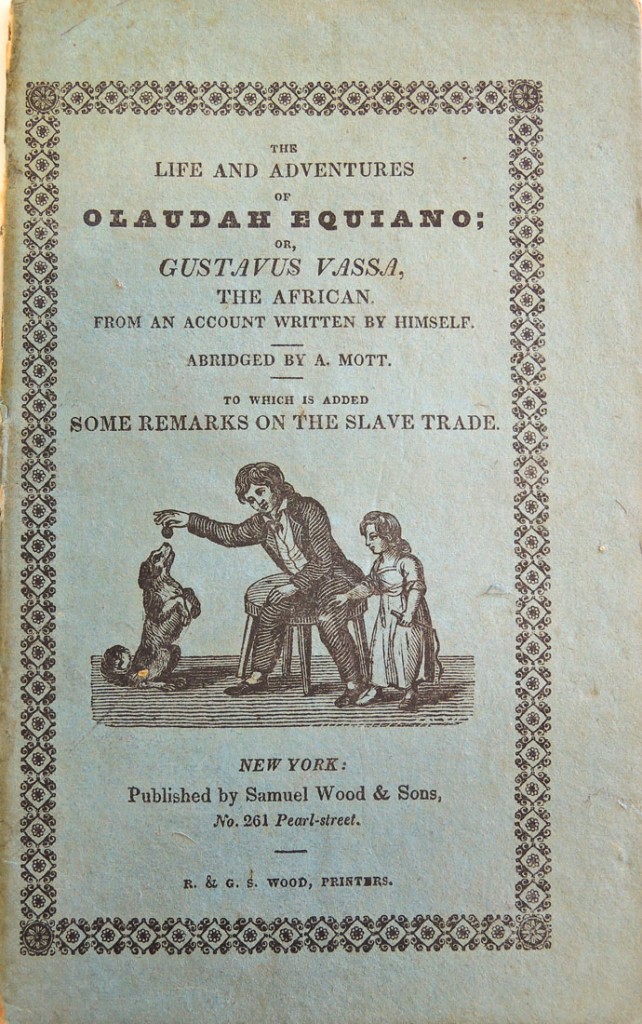