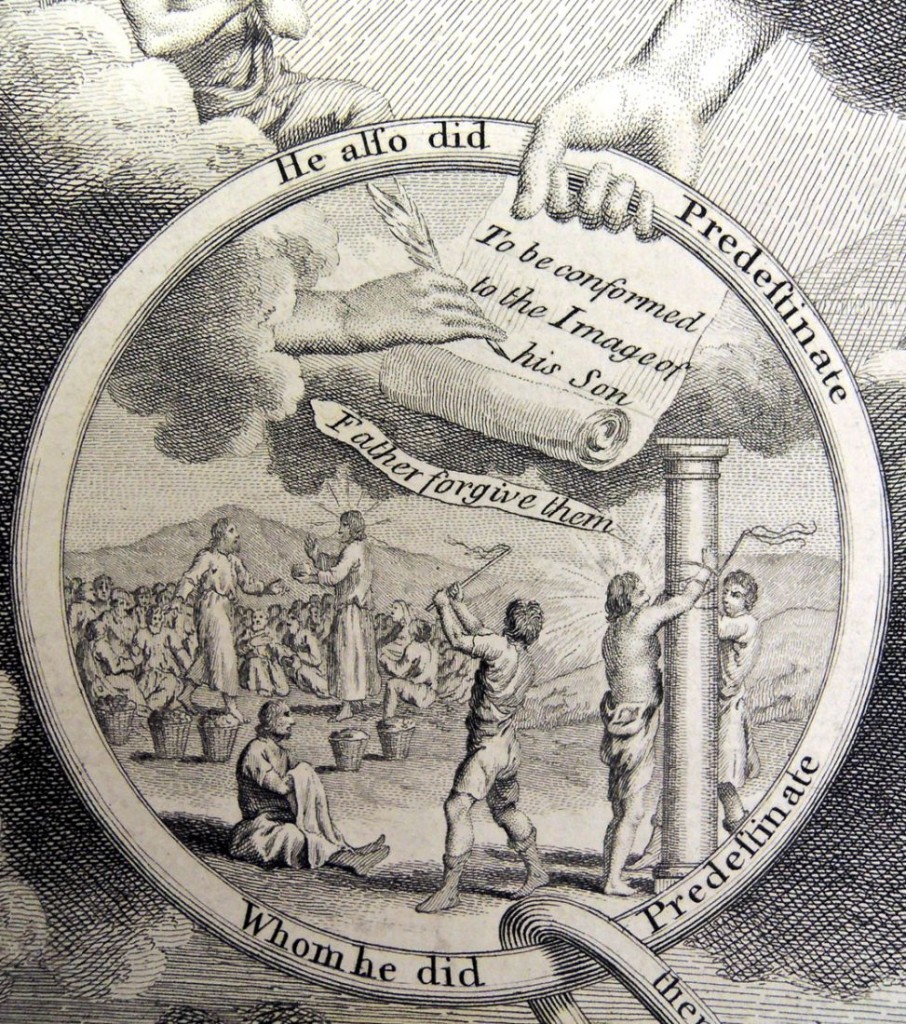 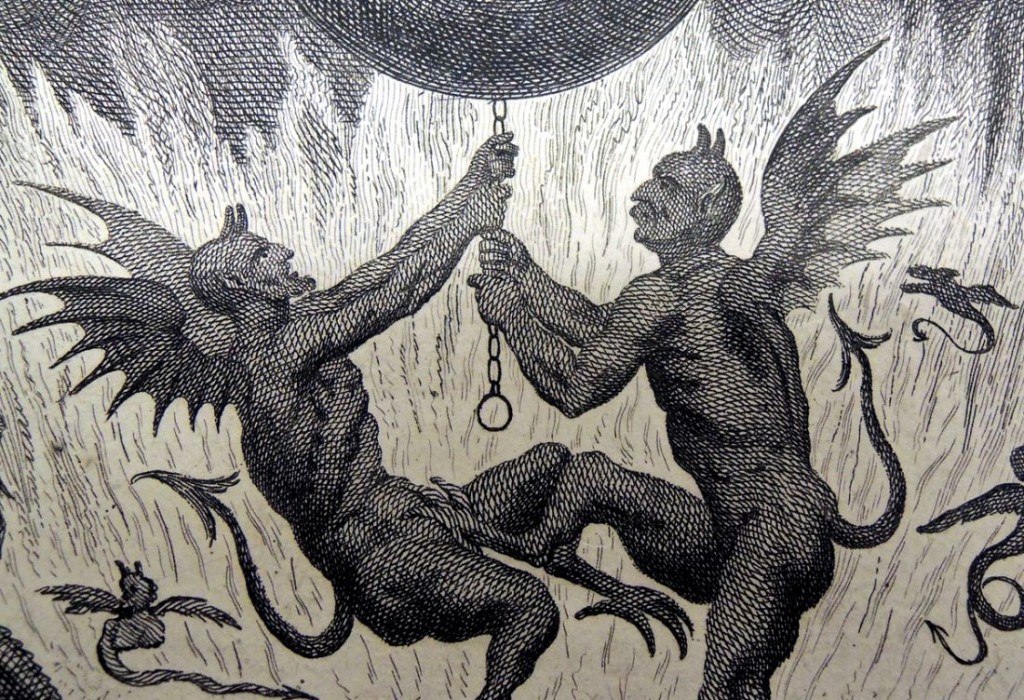 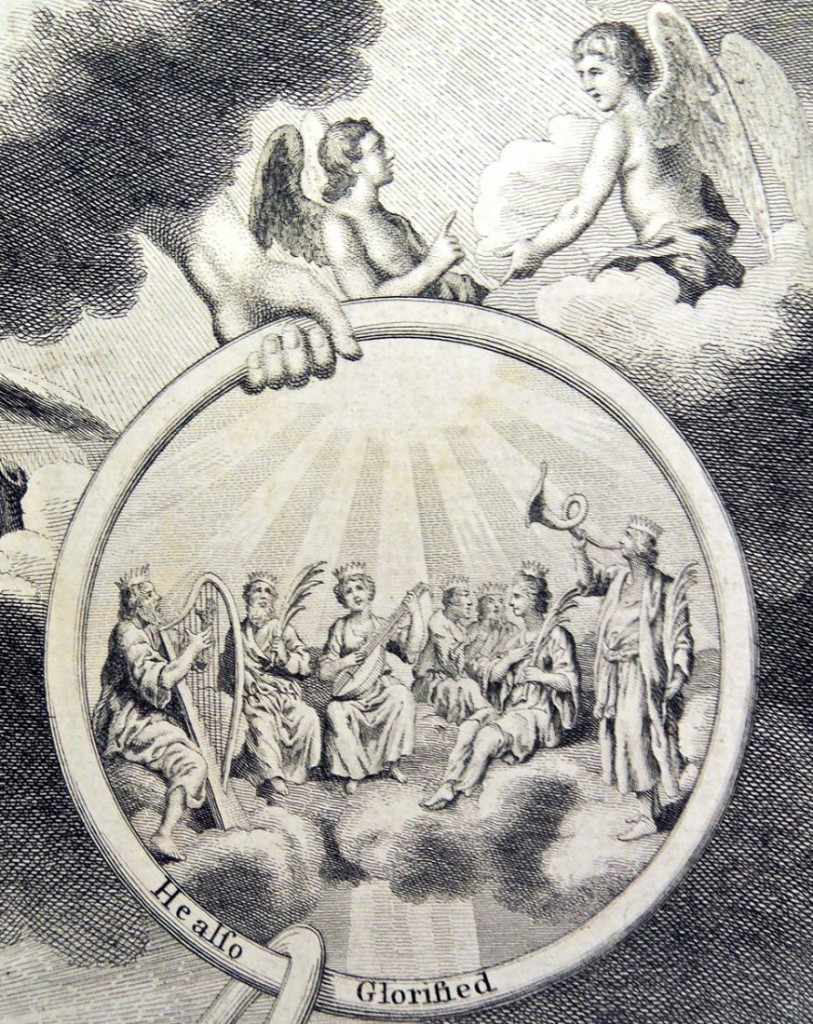 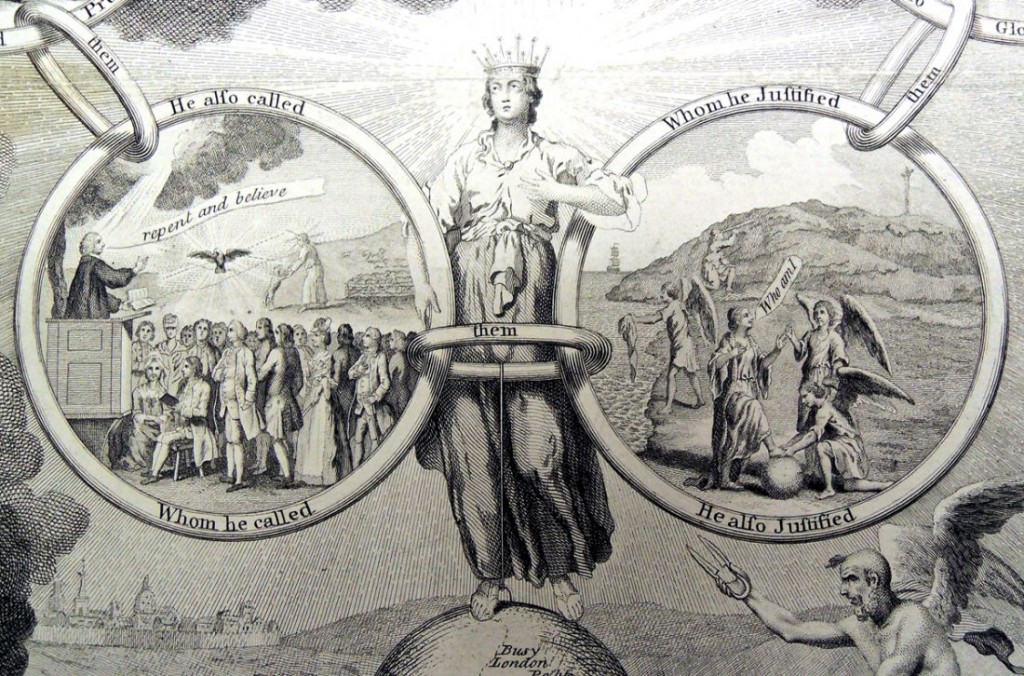 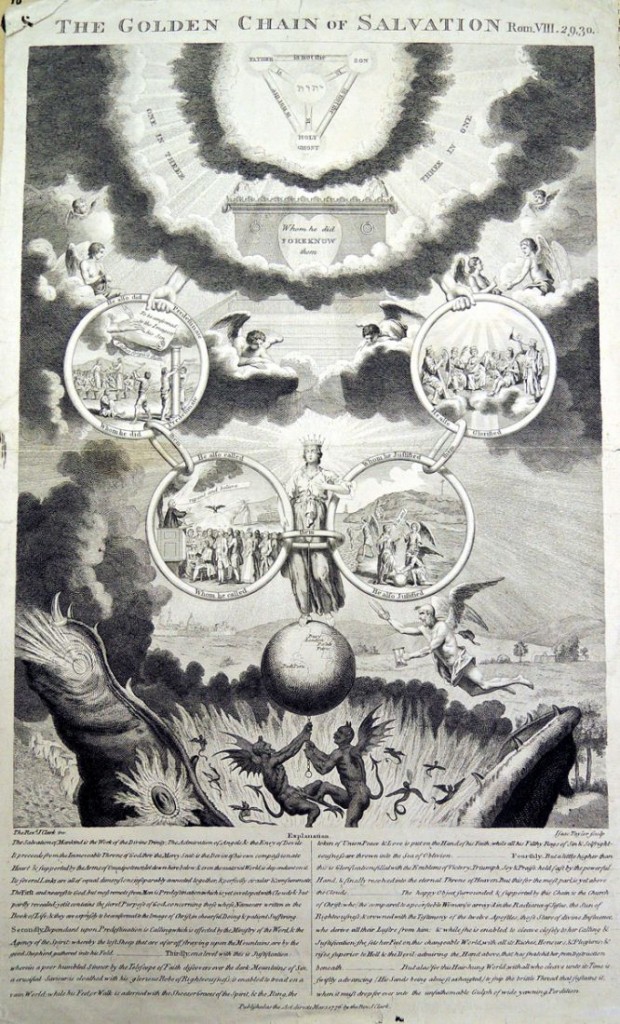 At the bottom of this illustrated broadside are two columns of printed text explaining the biblical allegory taken from the verse: Romans 8: 29-30. The journey to salvation is depicted as a chain of interlinking circles. According to the Dictionary of National Biography Isaac Taylor (1730–1807), “worked successively as a brassfounder, a silversmith, and a surveyor, owing this versatility to his father, who cast a chandelier for the Worcester town-hall in successful competition with a Birmingham firm, and who also engraved cards for tradesmen and silver plate for the county families.”

“About 1752 Isaac, thinking himself ill-used at home, made his way to London, walking by the side of a wagon. He found employment first at a silversmith’s, and then with Thomas Jefferys, the geographer, at the corner of St. Martin’s Lane. Under his guidance he executed a number of plates for the Gentleman’s Magazine. He gradually concentrated his attention upon book illustration, among the first that he illustrated being Owen’s Dictionary and Andrew Tooke’s Pantheon. Soon after its incorporation, in January 1765, Taylor was admitted a fellow of the Society of Artists, and in 1774 he was appointed secretary as successor to John Hamilton, being the third to hold that post.”